Barbara Graham (June 26, 1923 -- June 3, 1955) was an American criminal and convicted murderer. She was executed in the gas chamber on the same day as two convicted accomplices, Jack Santo and Emmett Perkins. Nicknamed "Bloody Babs" by the press, Graham was the third woman in California to die by gas.

Actress Susan Hayward won the Best Actress Academy Award for playing Graham in the movie I WANT TO LIVE! (1958), which strongly suggests Graham was innocent. However, much of the film is fictionalized—in particular, the presentation of the manner in which the police found and arrested Graham. Evidence clearly pointed to her guilt.

I WANT TO LIVE ! is a 1958 film noir produced by Walter Wanger and directed by Robert Wise which tells the heavily fictionalized story of a woman, Barbara Graham, convicted of murder and facing execution. It stars Susan Hayward as Graham, and also features Simon Oakland, Stafford Repp, and Theodore Bikel. The movie was adapted from letters written by Graham and newspaper articles written by Pulitzer Prize-winning journalist Ed Montgomery. The film earned Susan Hayward a Best Actress Oscar at the 31st Academy Awards. Hollywood writer Robert Osborne, who later became the host of Turner Classic Movies, interviewed Susan Hayward and asked whether or not she believed Barbara Graham had been innocent. According to Osborne, the actress seemed hesitant to answer at first, but ultimately admitted that her research on the evidence and letters in the case led her to believe that the woman she played in the movie was probably guilty. 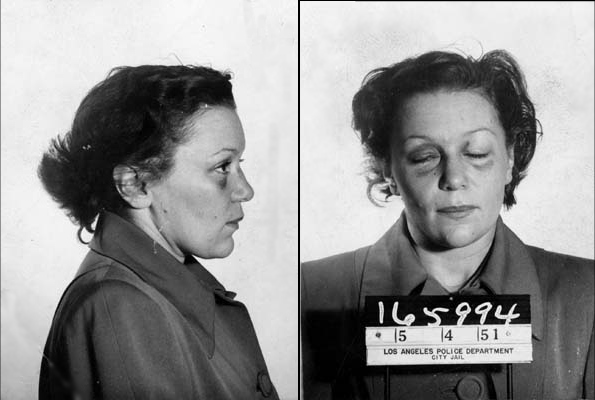