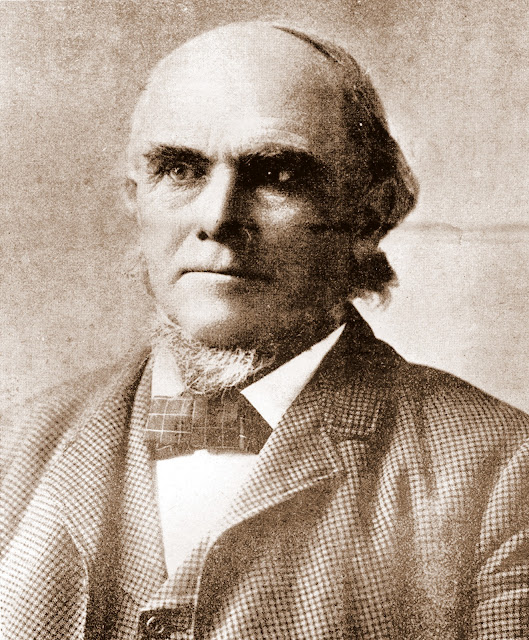 Dr. David Burbank (December 17, 1821 - January 21, 1895) was a businessman and dentist originally from Effingham, Carroll County, New Hampshire. He moved to San Francisco and then to the Pueblo de Los Angeles, establishing a dental practice. 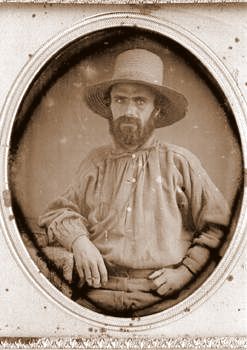 In 1867, he purchased Rancho La Providencia (4,600 acres) from David W. Alexander and Francis Mellus, and he purchased the western portion of the Rancho San Rafael (4,603 acres) from Jonathan R. Scott. These he combined to form a large and extremely successful sheep ranch. Dr. Burbank wouldn't acquire full titles to both properties until after a court decision known as the "Great Partition" was made in 1871 dissolving the Rancho San Rafael. He eventually became known as one of the largest and most successful sheep raisers in southern California, resulting in him stopping his practice of dentistry and investing heavily in real estate in Los Angeles. 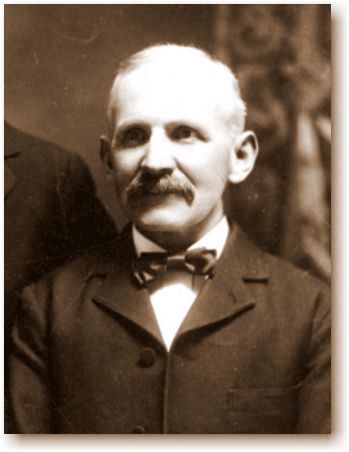 A shrewd businessman, foreseeing the value of rail transport, Burbank sold Southern Pacific Railroad a right-of-way through the property for one dollar. The first train passed through Burbank on April 5, 1874. A boom created by a rate war between the Santa Fe and Southern Pacific brought people streaming into California shortly thereafter. In 1886, he sold his holdings to the Providencia Land, Water, and Development Company for about $240,000. The future development was named "Burbank, California" in his honor. One account suggests Dr. Burbank may have sold his property because of a severe drought that year, which caused a shortage of water and grass for his livestock. Approximately 1,000 of his sheep died due to the drought conditions. 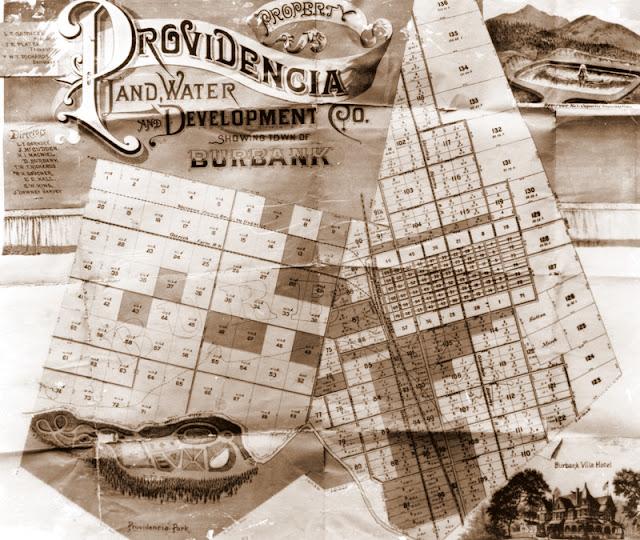 Burbank as envisioned by Providencia Land, Water and Development Co.

The arrival of the railroad provided immediate access for the farmers to bring crops to market. Packing houses and warehouses were built along the railroad corridors. The railroads also provided access to the county for tourists and immigrants alike. A Southern Pacific Railroad depot in Burbank was completed in 1887.

The boom lifting real estate values in the Los Angeles area proved to be a speculative frenzy that collapsed abruptly in 1889. Much of the newly created wealthy went broke. Many of the lots in Burbank ended up getting sold for taxes. Vast numbers of people would leave the region before it all ended. 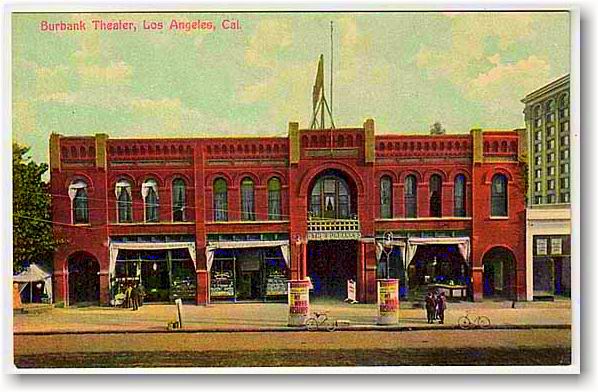 Dr. Burbank also later owned the Burbank Theatre in downtown Los Angeles, which opened on November 27, 1893, at a cost of $150,000. Though the theater was intended to be an opera house, instead it staged plays and became known nationally. The theatre featured famous actors of the time including Fay Bainter and Marjorie Rambeau, until it had deteriorated into a burlesque house. 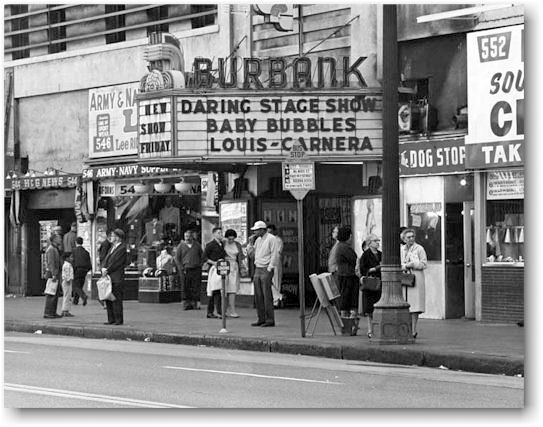 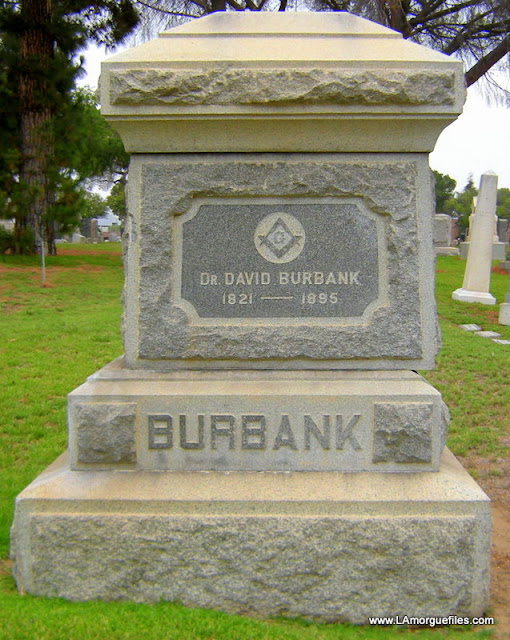 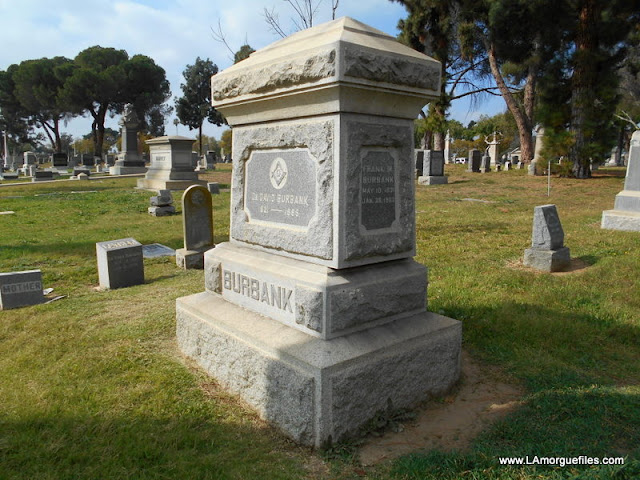 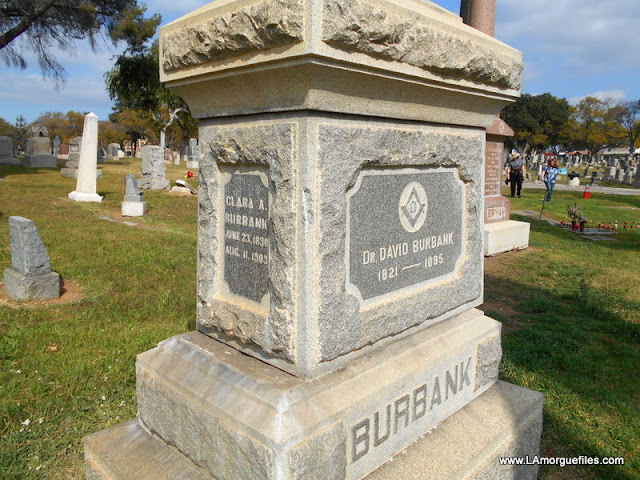 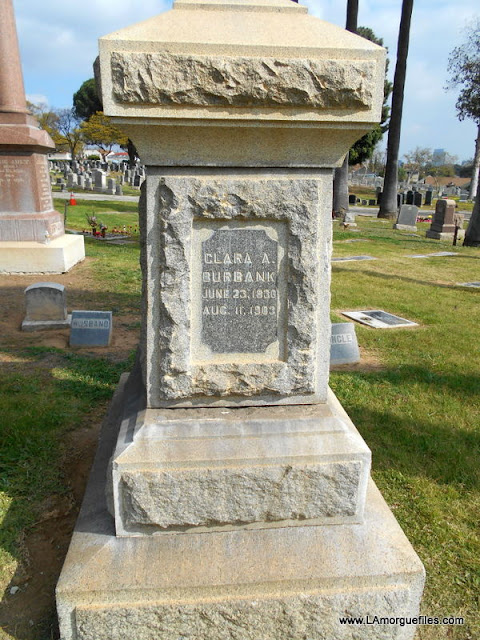 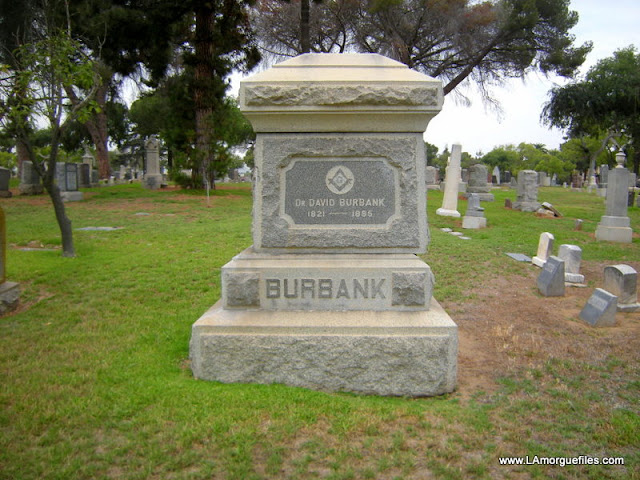 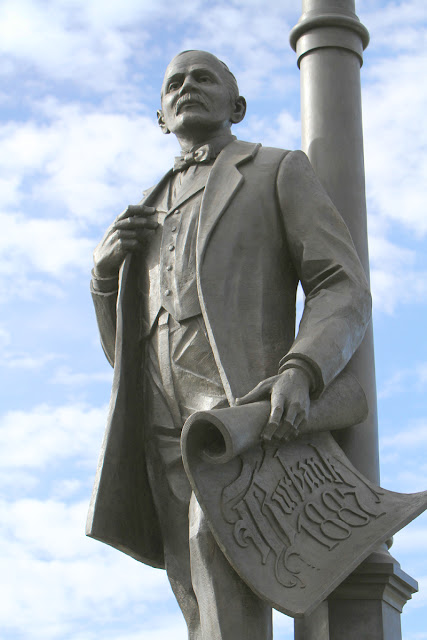 David Burbank was born in Effingham, New Hampshire on December 17, 1821 and spent his early childhood in Cumberland County Maine. He practiced dentistry at Waterville, Maine until 1853 when he moved west to San Francisco and set up a successful dental practice. In 1866 Dr. Burbank left San Francisco to practice dentistry in the Pueblo de Los Angeles. 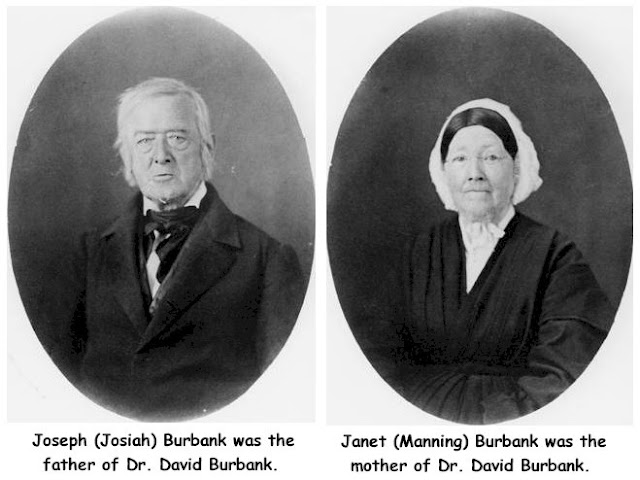 He bought 4,600 acres of the Rancho San Rafael from Jonathan Scott and 4,600 acres of Rancho La Providencia from David Alexander and Alexander Bell for one dollar an acre and combined the two ranchos as one large ranch. David and his wife Clara were owners of one of the largest and most successful sheep ranches in Southern California. They built their ranch house on what was later to be a backlot of the Warner Bros. studio and the house stood until the early 1950's. The ranch was so successful that in 1872 Dr. Burbank stopped practicing dentistry and invested heavily in Los Angeles real estate. 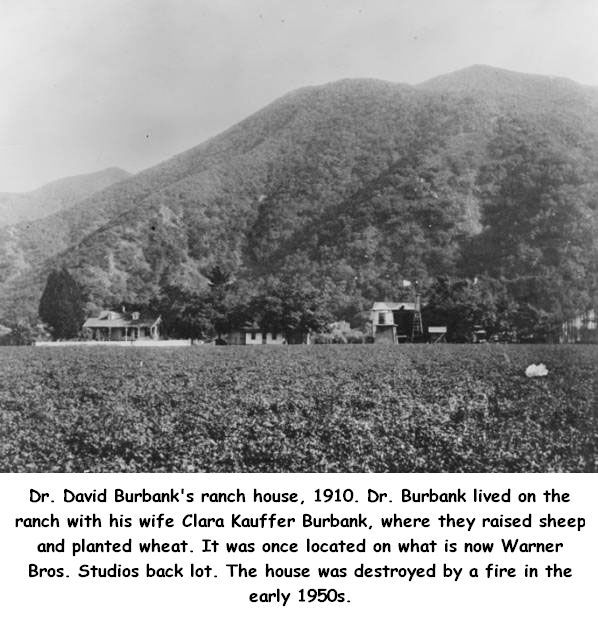 In 1879 the first Burbank school building was built on an acre of land that Dr. Burbank donated. He sold his Burbank Ranch to the Providencia Land, Water and Development Company for $250,000 in 1886, but stayed on as director. The land was surveyed and a business district was laid out, surrounded by residential lots. Dr. Burbank and his son built the Burbank Villa for the land company. 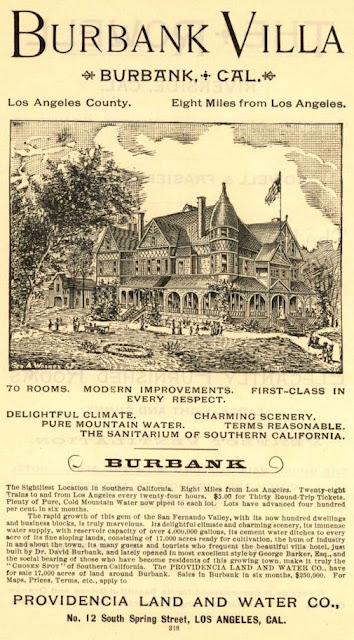 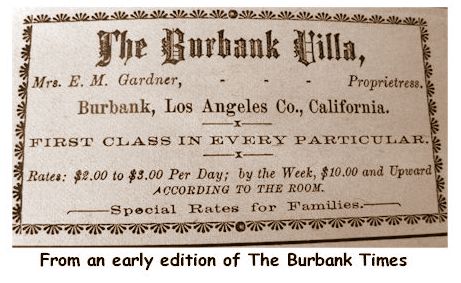 In 1893 at a cost of $150,000 Dr. Burbank opened the Burbank Theatre on South Main Street in Los Angeles. The theater seated 2,000 and soon became the leading theater and opera house in Los Angeles. Dr. Burbank also built the Tally-Ho Stables. Dr. David Burbank died at age 73 on January 21, 1895. 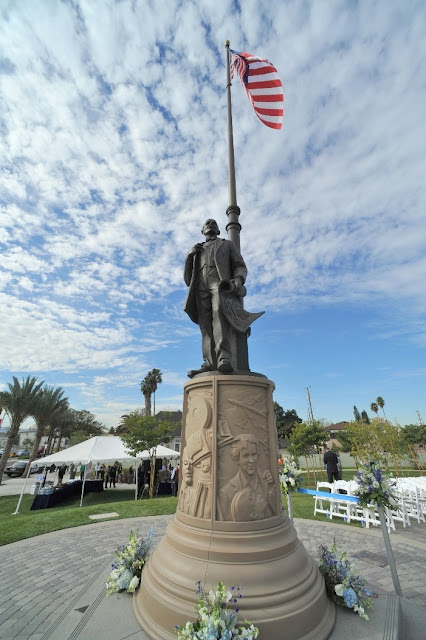 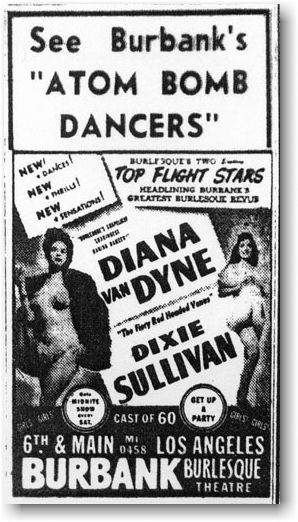