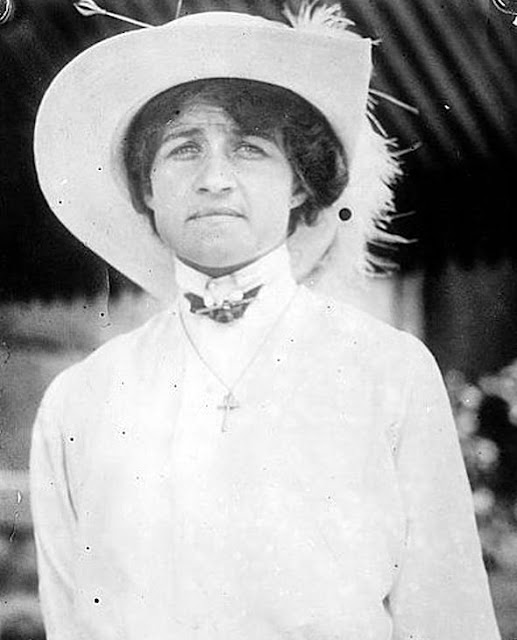 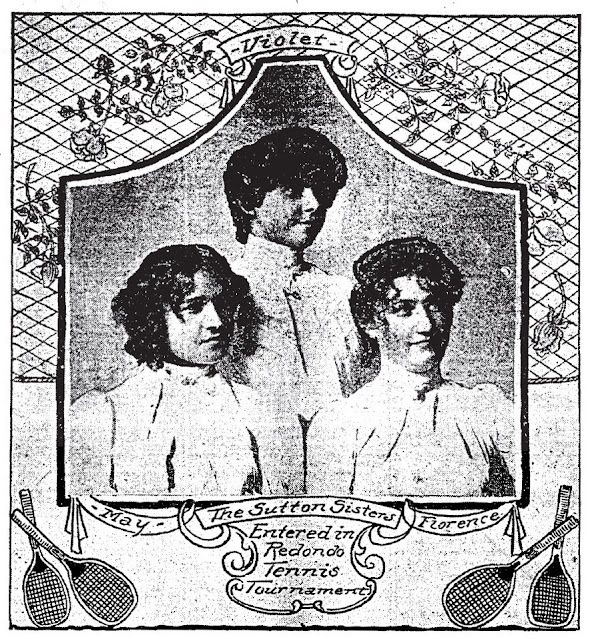 May Sutton was born on September 25, 1886 in Plymouth, England, the youngest of seven children of Adolphus DeGrouchy Sutton, a captain in the Royal Navy and Adeline Esther Godfray.[1][2] When she was six years old, Sutton's family moved to a ranch near Pasadena, California. It was there that she and her sisters played tennis on a court built by her father.[3] As young ladies, May and her sisters, Violet, Florence, and Ethel, dominated the California tennis circuit. In addition to being accomplished tennis players, the girls were excellent basketball players. May, Florence and Violet were all on the Pasadena High School basketball team, which went undefeated in 1900.[4] In 1904 at age 17, May Sutton won the singles title at the U.S. Championships on her first attempt.[2] She also teamed with Miriam Hall to win the women's doubles title and came close to making it a clean sweep by advancing to the mixed doubles final.[5] 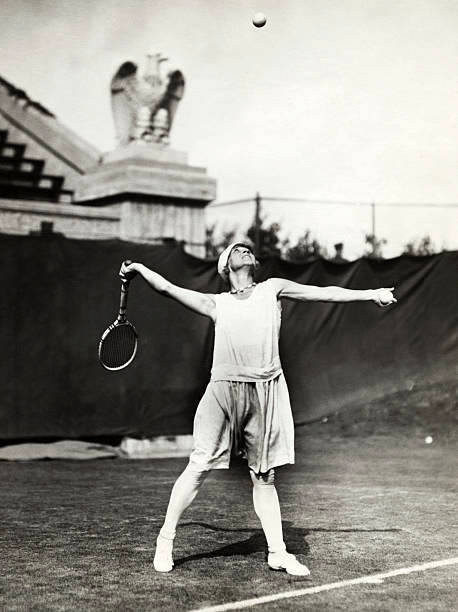 She was unable to defend her U.S. title as she traveled to England in May 1905 to compete in the Wimbledon Championships. In June, she won the grass court Northern Championships in Manchester, defeating Hilda Lane in the final.[6] Sutton became the first American and first non-British woman to win the Wimbledon singles title when she beat British star and reigning two-time Wimbledon champion Dorothea Douglass Chambers in the challenge round. She did it while shocking the British audience by rolling up her sleeves to bare her elbows and wearing a skirt that showed her ankles. For the next two years, she and Chambers met in the final, with Chambers recapturing the title in 1906 and Sutton winning it back in 1907.[7] 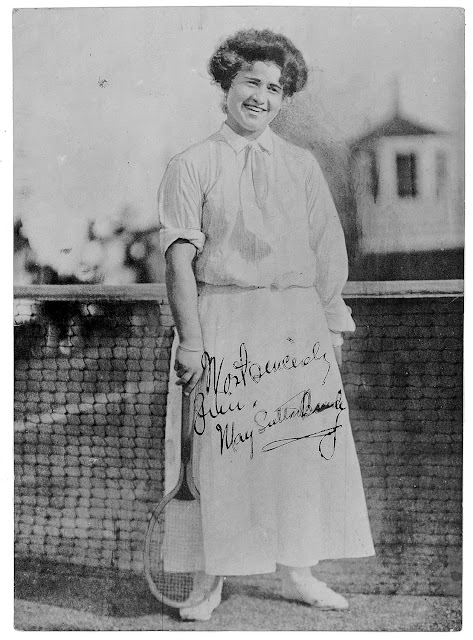 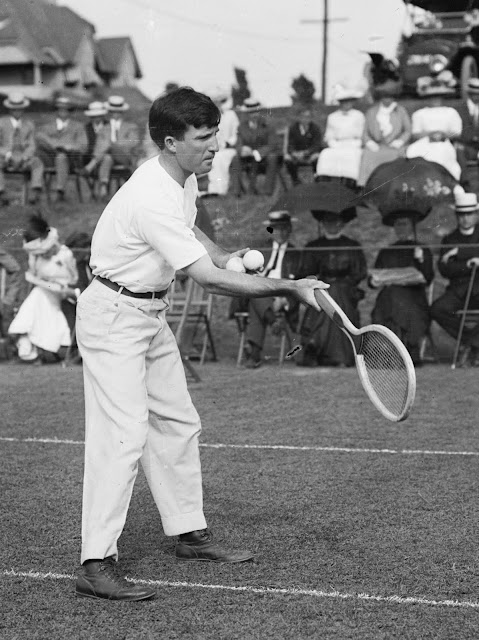 On December 11, 1912, she married Tom Bundy, who was a three-time winner of the men's doubles title at the U.S. Championships, and semi-retired to raise a family. However, in 1921 at the age of 35, she made a comeback and became the fourth-ranked player in the U.S. In 1925, she was a women's doubles finalist at the U.S. Championships and, although almost forty years of age, her game was strong enough to be selected for America's Wightman Cup team. She was a Wimbledon quarterfinalist in 1929 at the age of 42, which was the first time she had played Wimbledon since 1907. 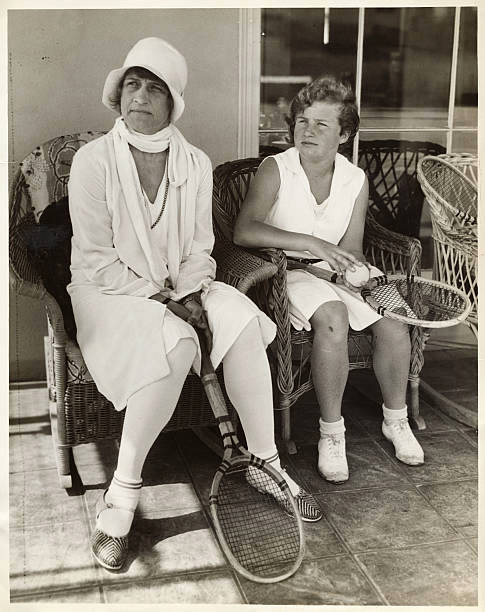 In 1956, Sutton was inducted into the International Tennis Hall of Fame.[8] She never stopped playing tennis and was playing regularly well into her late 80s. 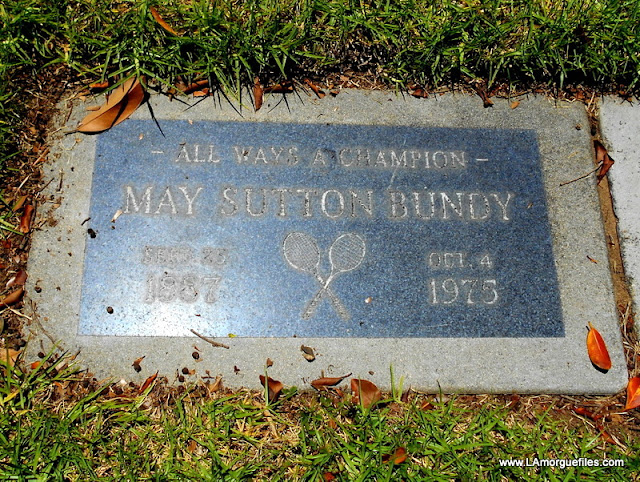 Sutton died of cancer on October 4, 1975 in Santa Monica, California and was interred in the local Woodlawn Memorial Cemetery.[9] 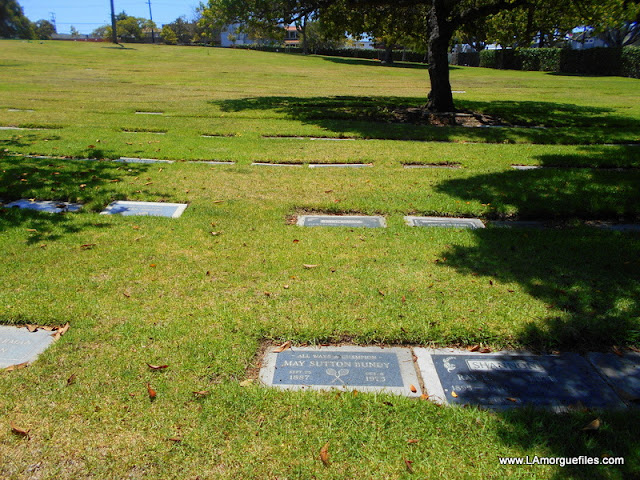 Eight-time U.S. National Championship winner Molla Bjurstedt Mallory indicated that Sutton was the best player she had met. "Her drive was the fastest and the...most difficult...to handle, because it dove suddenly to the ground and then jumped up unexpectedly with queer curves. When she could keep her drives near the baseline, they either forced me back farther than I had been accustomed to play or compelled me to make errors. She was also strong overhead when she came to the net and altogether had more power and effectiveness than any other woman tennis player of her time." Sutton played with an extreme Western grip and had a powerful topspin forehand that made the ball dip and bound high.[10] 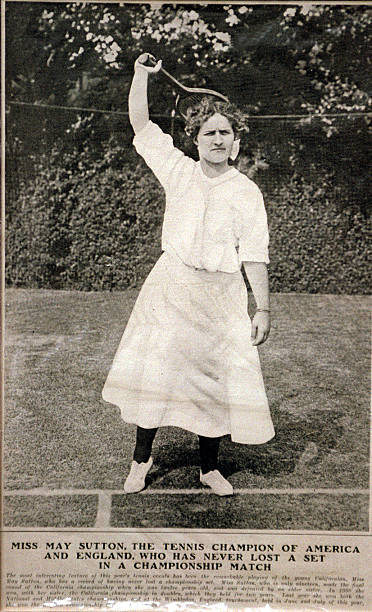 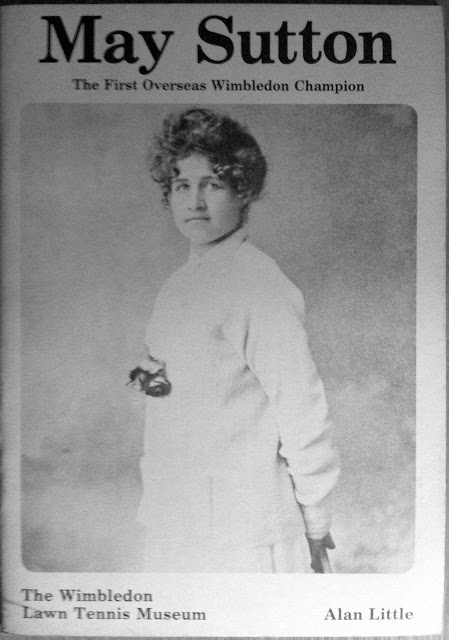 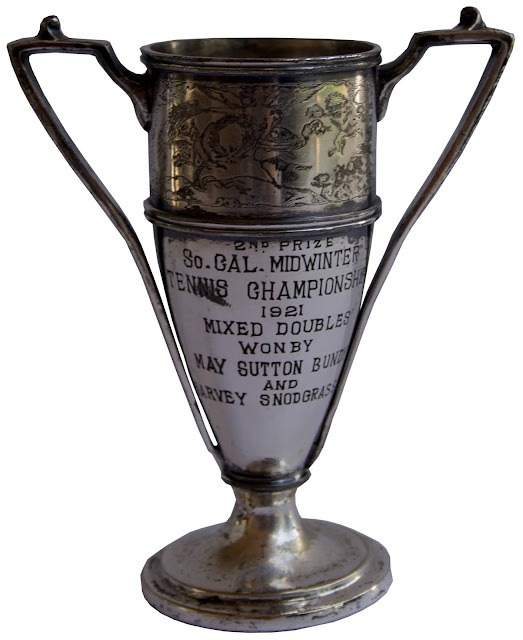