Roy Orbison's grave at Westwood Village Cemetery has been unmarked since his death in 1988. These photos and video, taken on 12/9/11, show his recently deceased wife Barbara's fresh unmarked grave. 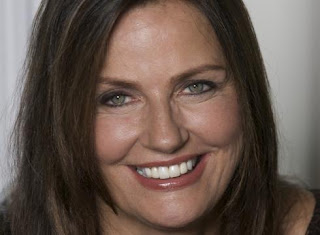 Barbara Orbison (January 10, 1950 -- December 6, 2011) was a German-born United States-based entrepreneur, music producer/publisher, and the widow of American musician Roy Orbison. Barbara Orbison was hospitalized from May 2011 until her death on December 6, 2011, aged 61, from pancreatic cancer, 23 years to the day after her husband's death. She was buried next to her husband at Westwood Village Memorial Park Cemetery in Los Angeles. 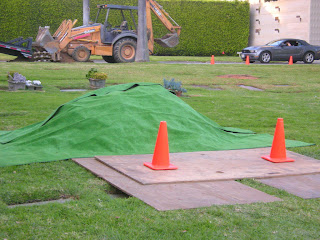 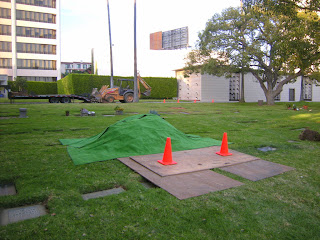 The question seems to be: 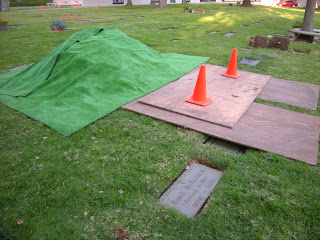 Will there be a tombstone? 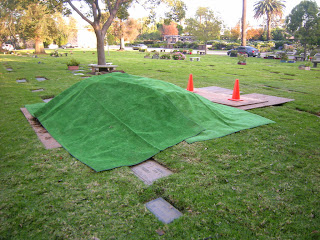 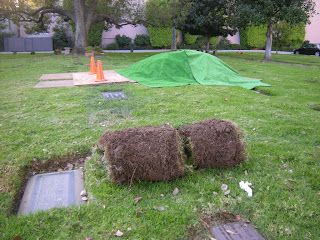 Roy Kelton Orbison (April 23, 1936 -- December 6, 1988) was an American singer-songwriter, best known for his distinctive, powerful voice, complex compositions, and dark emotional ballads. On December 6, 1988, he spent the day flying model airplanes with his sons. After having dinner at his mother's home in Tennessee, Orbison died of a heart attack at 52. 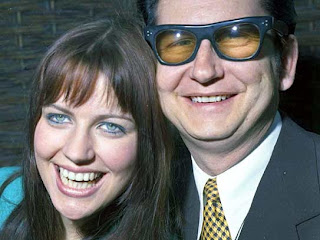