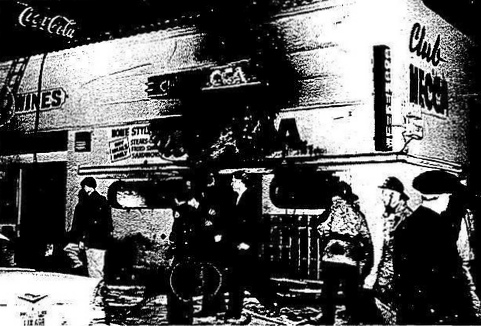 Well after the cocktail hour in Los Angeles on April 4, 1957, four rebels looking for a cause found one at the Club Mecca cocktail lounge at 5841 S. Normandie Avenue (below). Clyde Bates, 36, Oscar Brenhaug, 44, Manuel Joseph Hernandez, 18, and Manuel Joseph Chavez, 25, had some drinks and danced with a waitress and a customer. Afterwards, they fell into a disagreement with the employees and the customers. Three were thrown out. The trio returned to demand the fourth be thrown out as well. The management complied with their wishes. 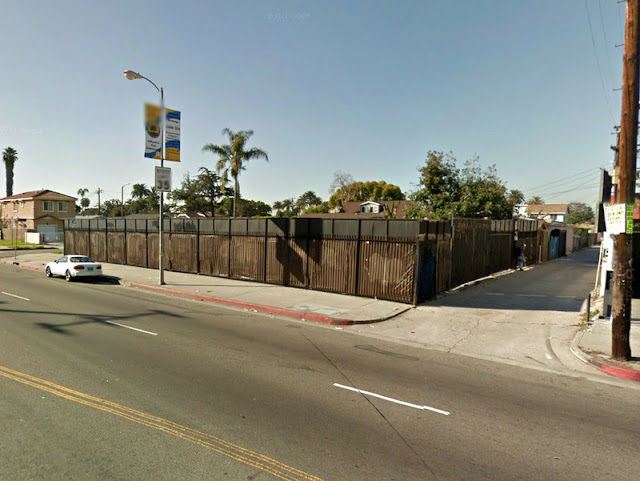 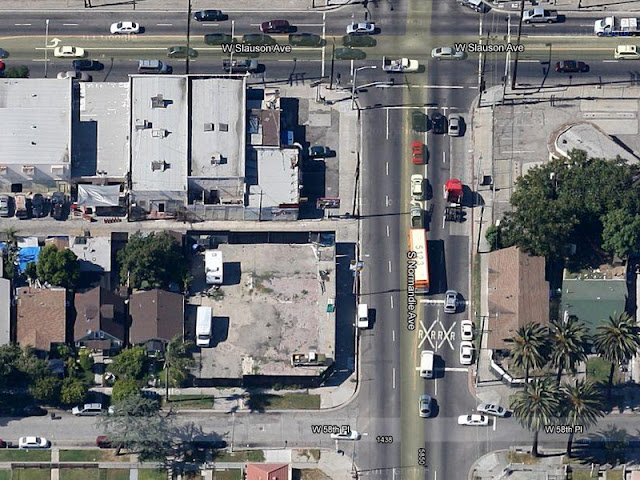 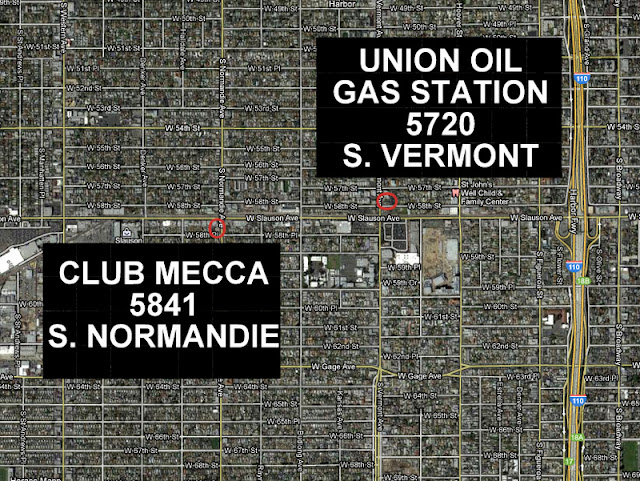 After a brief period of catharsis and decision, the foursome obtained gasoline at a Union Oil station at 5720 S. Vermont Avenue (below). Then, they returned to the bar and set it on fire. Five men and one woman were killed. 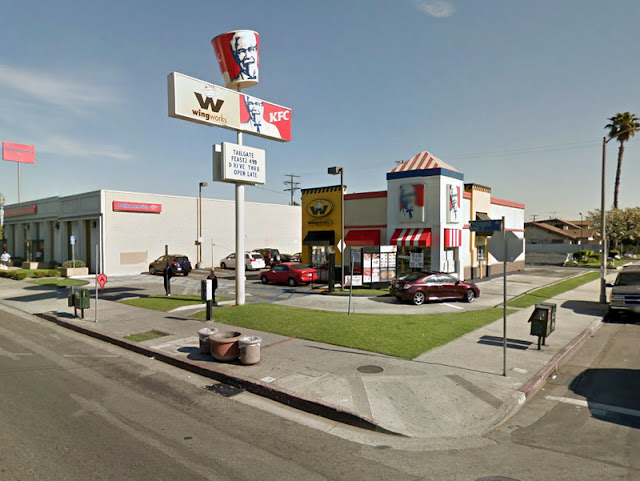 Police found Bates and Brenhaug "sleeping off a drunk in a blue Plymouth sedan parked in the driveway of Bates’ home at 1623 S. Menlo Avenue." The four killers were arrested, tried and found guilty. Bates and Chavez were sentenced to death. Their sentence was later commuted to life imprisonment. 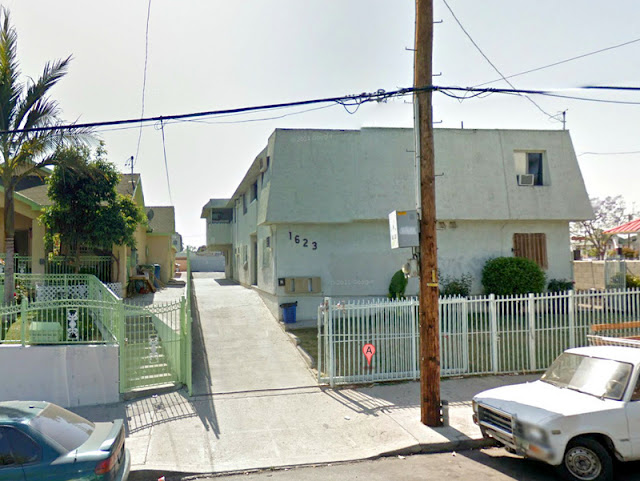 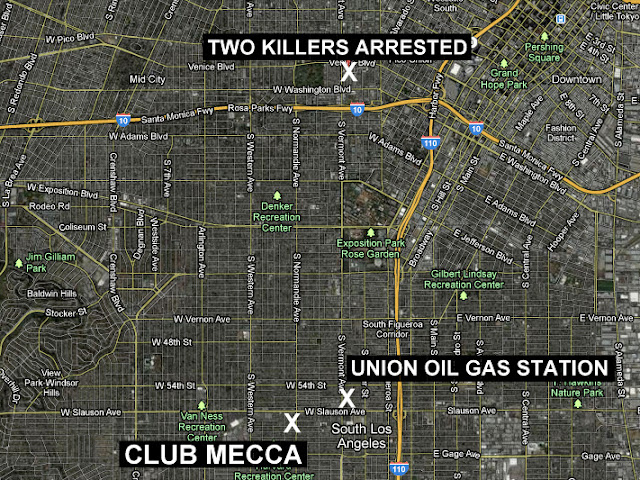 Gilbert J. Gonzalez, 20, an apprentice cook at the Scandia restaurant in North Hollywood. "He didn't go in for heavy drinking," his sister Helen Brahim said. "He just liked to drop in and chew the fat with a few of his friends."

Jose Maytorena, 20, a San Pedro market checker whose burned body was found sitting on a bar stool. His father, Angel Luis Vallejo, warned the suspects at the 77th Division station: “All I can say is you guys better not get out on bail.”

Jacqueline Agnes MacInnes, 21, who had just arrived with Barbara Spinelli, a secretary at a nearby plating company. MacInnes had been babysitting for Morales, her roommate, who went home before the fire started. Spinelli, a divorcee with two young children, had been dating Fenton, the bartender, and was returning his car. MacInnes, who was waiting for her fiancee, Chuck Westbury, to get off work at another bar, died en route to the hospital; Spinelli survived but was burned on her hands, face and legs.

Harry Leslie Robinson, 64, who liked to putter in the yard. Robinson and his ex-wife had been divorced for many years and each lived with one of their children. One of them would spend a month with their daughter in Pico Rivera while the other stayed with their son Alfred at 3704 Hillcrest Drive (below). "He avoided fights," his daughter said. "He was a quiet man who liked to sit around and talk in the bar. It was nice and friendly for him." 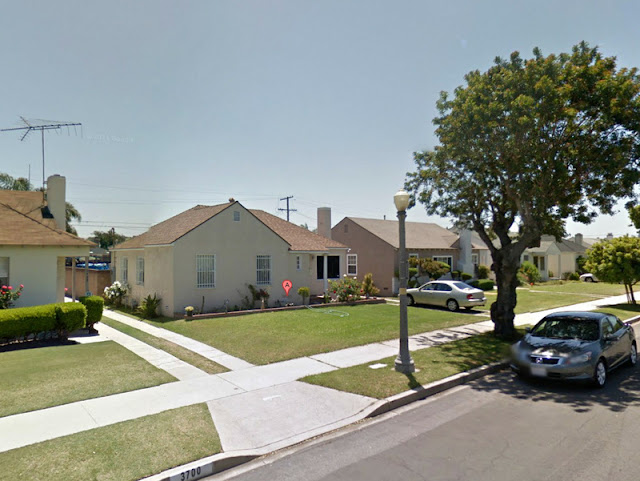 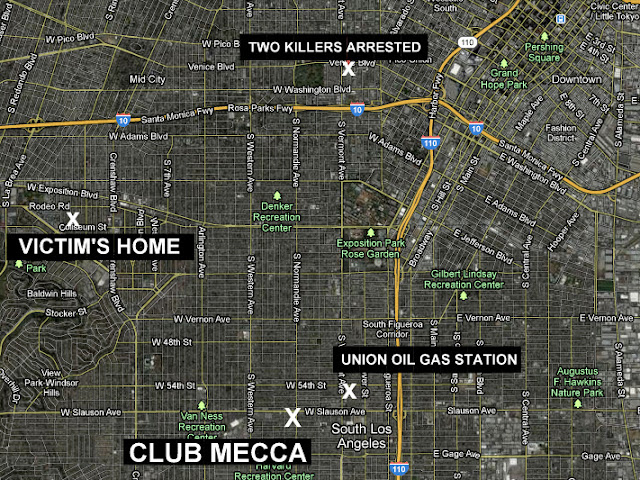