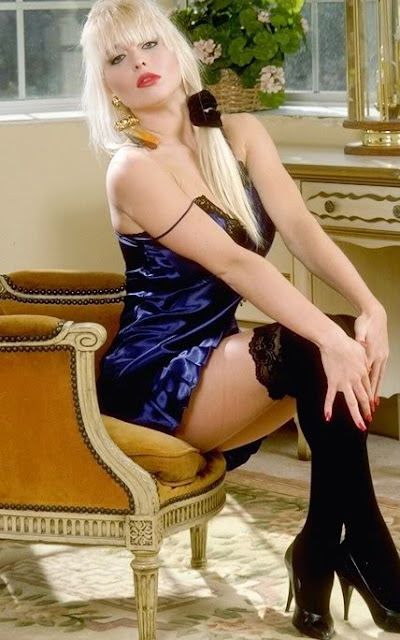 Born a California girl, Shannon Michelle Wilsey was delivered in Laguna Beach on October 9, 1970. However, after her parents divorced in 1972, she grew up in Texas with her mother. Later, she stayed briefly with her father in Oxnard and then with her grandparents in Mission Viejo where she became a cheerleader. When she was 13 years old, she found out that the man who raised her wasn't her biological father. (Years later it was rumored she said she was sexually molested by her stepfather as a child.) She began to act rebellious, reveling in her wild lifestyle. She became a well-known rock groupie.


"I love sex and I love sex with rockers
more than anything else.
I don't seem to go out
with really normal people.
I'm kind of on the wild side.
I don't think I ever went out
with anybody with short hair.
I like musician types."
- Shannon Michelle Wilsey

When she was 16 years old, she started dating musician Gregg Allman and then moved in with him for awhile. She became pregnant, but suffered a miscarriage. Her relationship with Allman ended after two years. She met and moved in with Billy Sheehan, the bass guitarist for Mr. Big. About this time, she started to do nude modeling, which eventually led to performing in adult movies. She became "Savannah." This situation affected her relationship with Billy and they broke up. 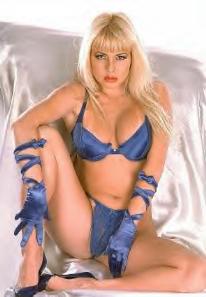 
"She was always paying her friends's rent,
buying them clothes
and picking up restaurant tabs.
It seemed like this was expected of her."
- Al Borda, adult film producer/director


"She was very discriminated against
because she was so big
and didn't take any shit from anyone.
She made big money. She knew her value."
- Nancy Pera, Savannah's personal manager

In 1992, Savannah was named Adult Video News's Best New Starlet. At the awards show, she made an arrogant and hostile acceptance speech: "I know a lot of you don't like me, but that's tough. I got my award." Savannah finally met the love of her life: Slash, the Guns N'Roses' lead guitarist. But when he dumped her and married model Renne Suran in 1992, she took the breakup hard and her drug addiction worsened. As a result of her drug addiction and ill-tempered behavior, Vivid dropped her in 1993. She began to work for other adult film companies, expanding her routines to more exotic sexual behaviors.


"I don't blame the industry for mistreating her.
If anything, they spoiled her rotten.
They put us on such a high pedestal.
The limos are sent out.
Anything I want is pretty much done for me.
Sometimes it makes the real world hard to deal with."
- Danyel Cheeks, adult film actress 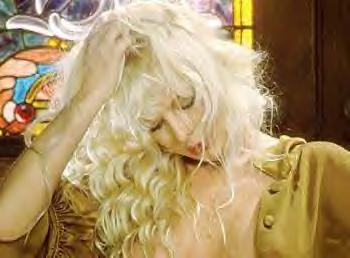 Savannah hoped to make the transition from sex star to legitimate actress, but this wasn't to happen. She was depressed about her breakup with Slash. She began to have money problems, particularly with the IRS.


"Savannah lived expensively,
but she was in a crunch for money.
She saw her world collapsing."
- Nancy Pera

Paranoid about prowlers, she borrowed a gun from a friend and slept with it beneath her pillow.


"To the best of my knowledge
she didn't own a gun.
She didn't like guns."
- Al Borda, adult film producer/director

She realized she could make a great deal of money touring on the dancing circuit, making up to $5,000 a night. She had a new engagement due to start on Monday, but on Sunday night she went out with a friend, Jason Swing, to party till late. On the way home, she drove her Corvette up the windy roads to her house and smashed into a picket fence. Worse, she injured her nose. When she and Jason finally made it to her house, she sent him out to walk her Rottweiler, Daisy. Alone and upset, Savannah called her friend and manager Nancy Pera and hysterically begged her to come help her.


"I've just had a horrible car accident.
I broke my nose.
It's bleeding really bad and I've hit my head.
You have to take me to the hospital."
- Savannah

When Pera arrived, she found Savannah's body lying in a pool of blood in the garage, but she was still breathing.

Apparently, she had committed suicide, putting her pistol to the side of her head and pulling the trigger.


"It (the exit wound) looked like
she had a big flower on the side of her head."
- Nancy Pera

Pera speculated that the injury to her face from the car wreck could have seemed like the last straw in her troubled life, because it would have prevented her from making the dancing engagement. Thus, fearing the loss of the ability to regain financial stability as well as continued fame, she became despondent and distraught. Life seemed to have few choices. She decided death was her best option.


"She was not happy with her life as a whole,
everything in her life.
I think her whole life caused her suicide."
- Mike Coffey, LAPD Detective

Savannah was rushed to St. Joseph's Medical Center in Burbank. After almost 11 hours in a coma, she died at 1:20 p.m. on July 11, 1994. Her family blamed the adult industry. They gave strict orders, limiting the number of Shannon's industry colleagues who could attend the funeral.

"People ask me if pornography is wrong.
I say you can judge a tree by its fruit."
- Mike Wilsey, Shannon's real Father


"She was awesome.
I think she felt her career was on the slide
and she wanted to do something
outrageous and shock the world.
I had met her one other time
for about three minutes
and had heard all the horror stories about her,
but, unlike her queen image,
I found her to have a good,
professional attitude.
I think she had a secret sense of humor
which Savannah didn't care to share with others
-- like she didn't want people to know
she was having fun."
- John T. Bone, adult film director

"Savannah was a very special person.
And although she hadn't made a movie
for us in two years,
it was as though there was a death in the family.
We all miss her very much."
- Steve Hirsch, Vivid Video President


"She was Shannon in freckles and a ponytail,
and then she was Savannah."
- Al Borda


"Savannah could be a pain in the neck,
but I was very fond of her."
- Nancy Pera


"She felt bad because
her mother didn't say anything
about her being in the business."
- Nancy Pera


"Maybe I should kill myself."
- Savannah 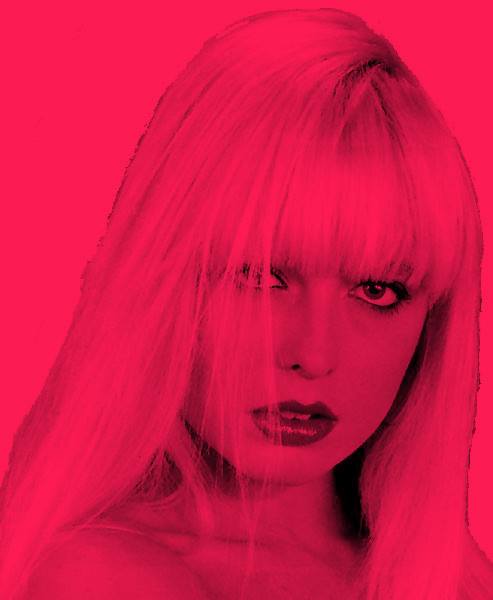