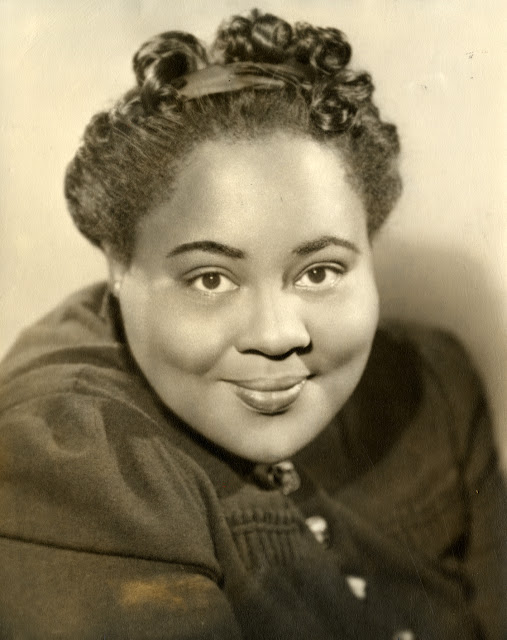 Louise Beavers (March 8, 1902 – October 26, 1962) was an African-American film and television actress. Beavers appeared in dozens of films from the 1920s until 1960, most often in the role of a maid, servant, or slave. A native of Cincinnati, Ohio,[1] Beavers was a member of Sigma Gamma Rho sorority, one of the four African-American sororities. 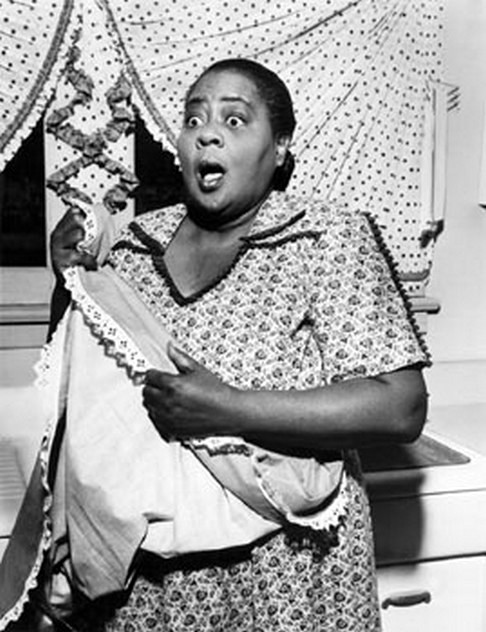 Louise Beavers was a breakthrough actress for blacks. Beavers became known as a symbol of a “mammy” on the screen. A mammy archetype “is the portrayal within a narrative framework or other imagery of a black domestic servant, generally good-natured, often overweight, and loud.”[2] 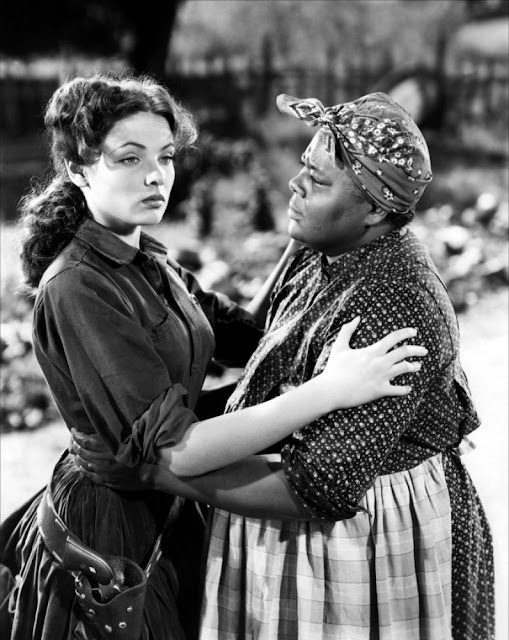 Louise Ellen Beavers was born in Cincinnati, Ohio, to school teacher Ernestine Monroe Beavers and William M. Beavers, who was originally from Georgia. Due to her mother's illness, Louise and her parents moved to Pasadena, California.[3]

In Pasadena, she attended school and engaged in several after school activities, such as basketball and church choir. Her mother also worked as a voice teacher and taught Louise how to sing for concerts.[4] In June 1920, she graduated from Pasadena High School and “worked as a dressing room attendant for a photographer and served as a personal maid to white film star Leatrice Joy.”[3]

There is some controversy as to how Beavers began her acting career. She was in a group called the Lady Minstrels who were "a group of young women who staged amateur productions and appeared on stage at the Loews State Theatre." It was either her performance in this group or in a contest at the Philharmonic Auditorium, which occurred later. Charles Butler from the Central Casting Bureau, who was known for being an agent for African American actors, saw the performance and recommended that Louise try out for a role for a movie.”[3] At first she was hesitant to try out for movies because of how African Americans were portrayed in movies and how Hollywood encouraged these roles. She once said, “In all the pictures I had seen… they never used colored people for anything except savages.”[3] Despite this, she tried out for a role in the film Uncle Tom’s Cabin in 1927 and landed the part. 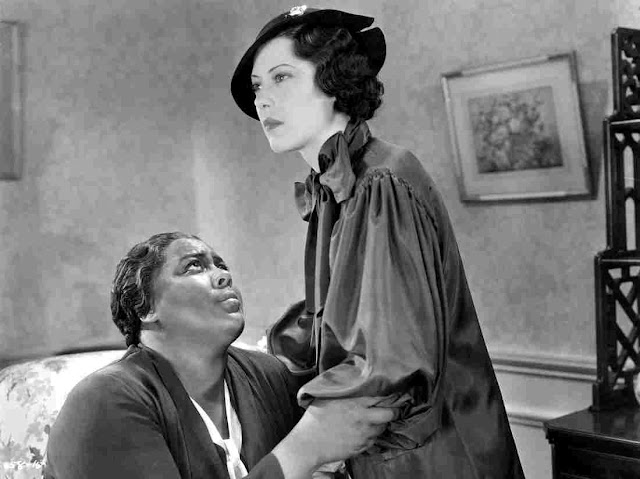 Louise Beavers started her career in the 1920s. At the time, black people in films were limited to acting in only very few roles, usually as slaves or domestic help. She played the "mammy" in many of the movies she acted in. She started to gain more attention in the acting world after she played the role of Julia in Coquette, which starred Mary Pickford. In this film she played the black maid and mother figure to a young white woman.[3] She once received a review which stated, "Personally, Miss Beavers is just splendid, just as fine as she appears on screen, but she also has a charm all her own, which needs no screen role for recognition. She has a very pleasing personality, one that draws people to her instantly and makes them feel that they are meeting a friend instead of a Hollywood Star.”[3] Beavers had an attractive personality, and often played roles in which she helps a white protagonist mature in the course of the movie. In most of Beavers' movies, her role was written such that she would serve, as often black characters did, a fund, “of servitude and/or comic relief.”[5]

In 1934, Beavers played Delilah in Imitation of Life, a leading role that was not overshadowed by a white lead actor or actress. Her character again plays a black maid, but instead of the usual stereotype of subservience, Delilah's role in the story line is equivalent to the white lead. The public reacted positively to Beavers' performance.[3] It was not only a breakthrough for Beavers, but was also “the first time in American cinema history that a black woman's problems were given major emotional weight in a major Hollywood motion picture.”[5] Some in the media recognized the unfairness of Hollywood's double standard regarding race. For example, California Graphic Magazine wrote, “the Academy could not recognize Miss Beavers. She is black!”[3]

Beavers, who was raised in the North and in California, had to learn to speak the southern “Negro” dialect. As Beavers' career grew, some criticized her for the roles she accepted, alleging that such roles institutionalized the view that blacks were subservient to whites. Beavers dismissed the criticism. She acknowledged the limited opportunities available, but said: "I am only playing the parts. I don't live them.” As she became more famous, Beavers began to speak out against Hollywood's portrayal and treatment of black Americans, both during production and after promoting the films.[3] 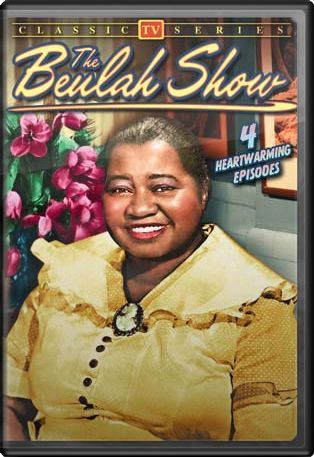 Beavers was one of four actresses (including Hattie McDaniel, Ethel Waters, and Amanda Randolph) to portray housekeeper Beulah on the Beulah television show. That show was the first television sitcom to star a black person. She also played a maid, Louise, for the first two seasons of The Danny Thomas Show (1953–1955).

Later in her career, Beavers became active in public life, seeking to help support black Americans. She endorsed Robert S. Abbott, the editor of the Chicago Defender, who fought for black Americans' civil rights. She supported Richard Nixon, whom she believed would help black Americans in the United States in the civil rights battle.[3] 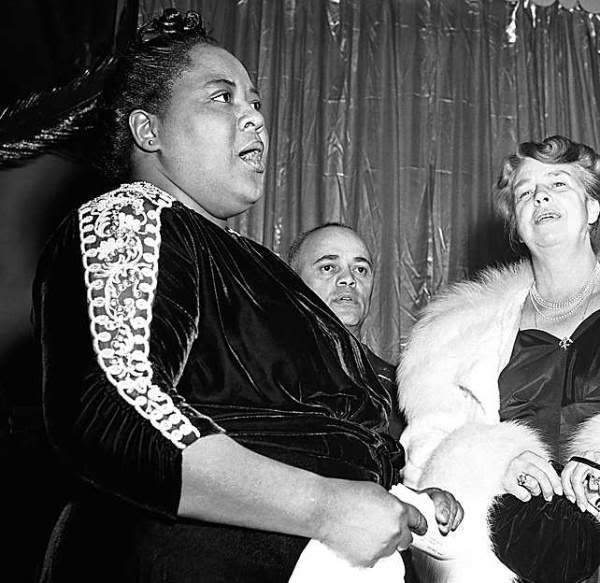 Beavers married Robert Clark in 1936. He later became her manager and helped manage her career. She not only worked in movies, but also on "twenty-week tours of theaters that she conducted annually.”[3] Beavers and Clark later divorced and remarried. Much later, in 1952, Beavers married Leroy Moore, who was either an interior designer or a chef (varying sources); they remained married until her death in 1962.[3] She had no children. 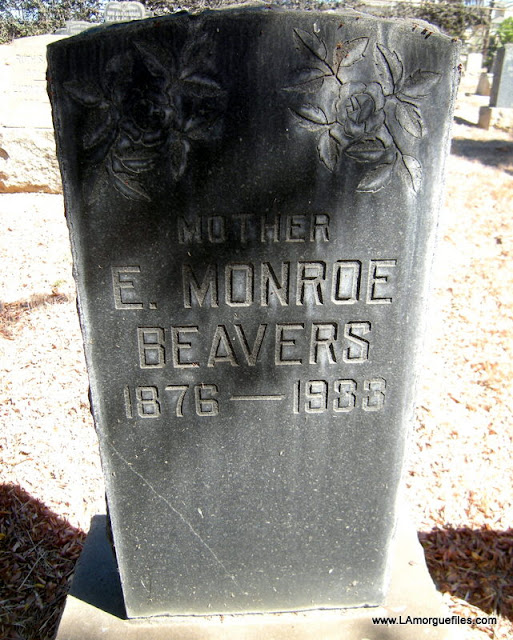 In later life, the actress was plagued by health issues, including diabetes. She died on October 26, 1962, at the age of 60, following a heart attack, at Cedars of Lebanon Hospital in Los Angeles; it was the 10th anniversary of the death of Hattie McDaniel, the first black actress to win an Academy Award.[3] She is buried with her mother Ernestine Monroe Beavers at Evergreen Cemetery in Los Angeles. 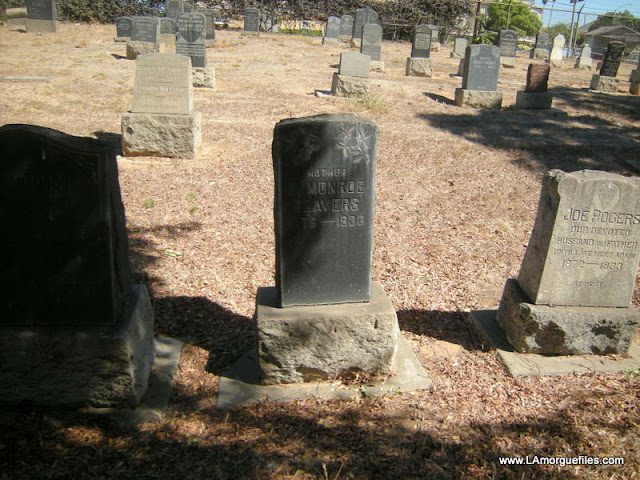 Beavers was inducted into the Black Filmmakers Hall of Fame in 1976.[6] 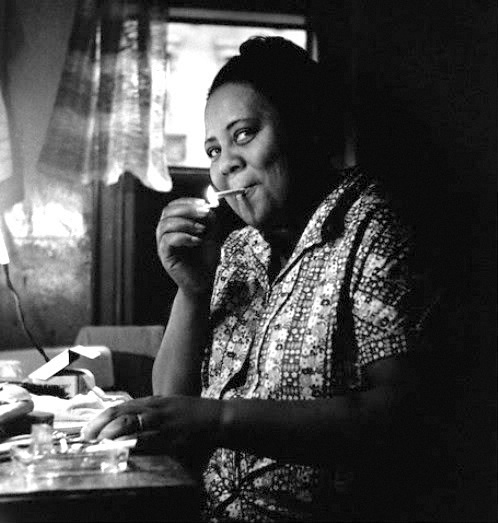