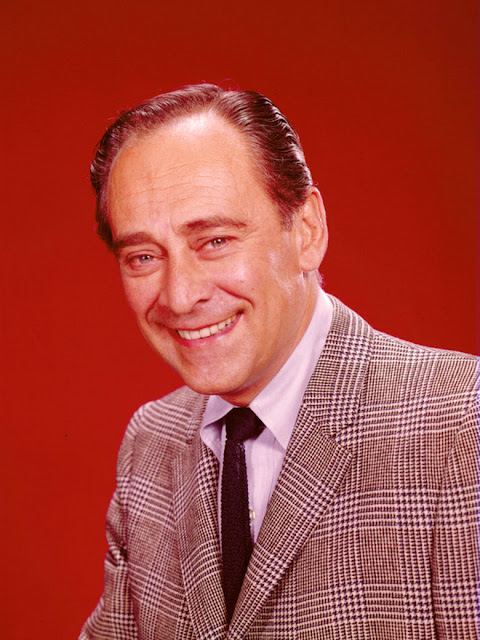 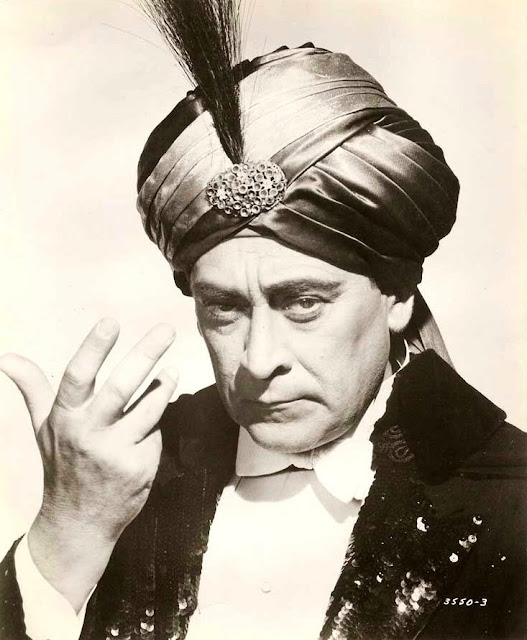 He was born Louis Neistat in Hartford, Connecticut, the son of Joseph Neistat (May 18, 1881 – September 1967) and Jennie Sherman (born 1890). His sister was Rose Neistat (born 1917). Although Louis, who pronounced his given name Louie, claimed to have been born in 1922, he was listed as age six on the 1920 Hartford County, Connecticut, Federal Census.

Louis's parents were both Yiddish speaking Jews born in Russia. They emigrated to the United States in 1906, and became naturalized citizens in 1911. Joseph Neistat ran a small grocery store. Louis attended Weaver High School, but did not excel as a student. "My marks were so low," he said, "that they wouldn't let me in the drama club. So, I went down to WTIC Radio, auditioned and got on a show." 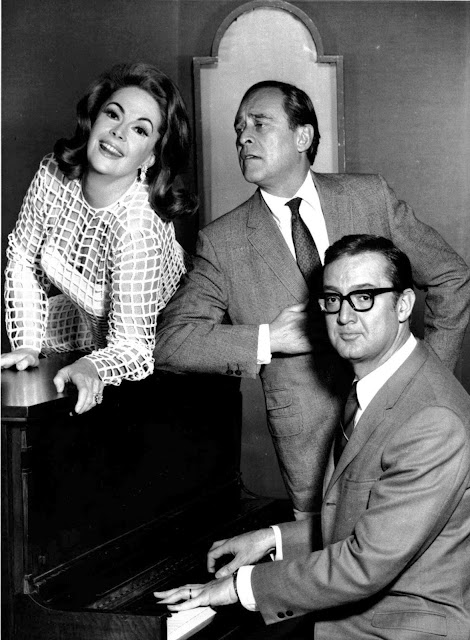 Later he went to New York and worked in radio, including various roles on soap operas. He later recalled, "I still think of myself as an actor. In the radio days, I was busy playing rotten Nazis, rich uncles and emotional juveniles -- the whole span -- and the only time I tried to be funny was at parties."

He served in the United States Army during World War II, where he generated laughs by mimicking other soldiers and was given the job of running the recreation hall. After his discharge, Nye returned to New York, began working in live television and appeared in several plays on Broadway.

He made numerous appearances on The Jack Benny Program and The Jimmy Durante Show. He also appeared on The Pat Boone Chevy Showroom. 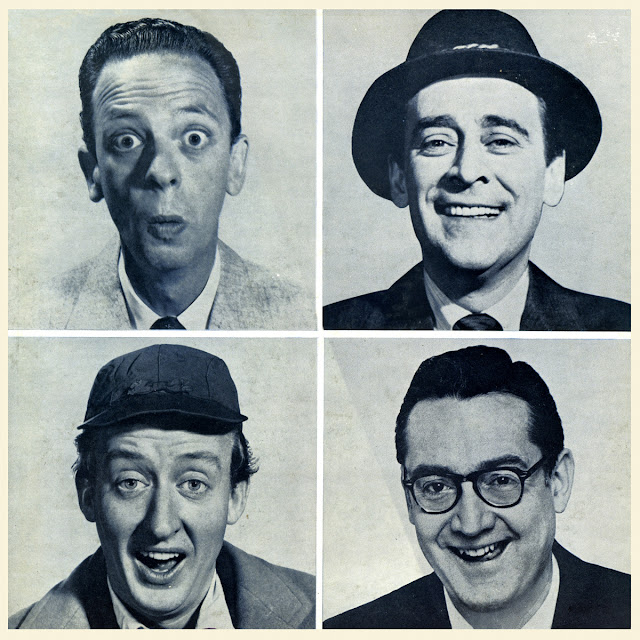 He found fame with Steve Allen. As a regular on The Steve Allen Show, he took part in the weekly "Man on the Street" sketches, performing with Allen, Don Knotts, Dayton Allen, Tom Poston and Bill Dana.

Nye was a popular sketch comedian who primarily played urbane, wealthy bon vivant types. His characterization of the delightfully pretentious country-club braggart Gordon Hathaway, his catchphrase, "Hi, ho, Steverino," and Allen's inability to resist bursting into hysterical laughter at Nye's ad-libs during gags, made Nye one of the favorite performers on Allen's show. When production was moved to Los Angeles, Nye went along and became a character actor in Hollywood.

Nye was cast as a guest star in such series as Make Room for Daddy, Guestward, Ho!, Burke's Law, The Munsters, Love, American Style, Laverne and Shirley, Starsky and Hutch, Police Woman, Fantasy Island, St. Elsewhere, and The Cosby Show. 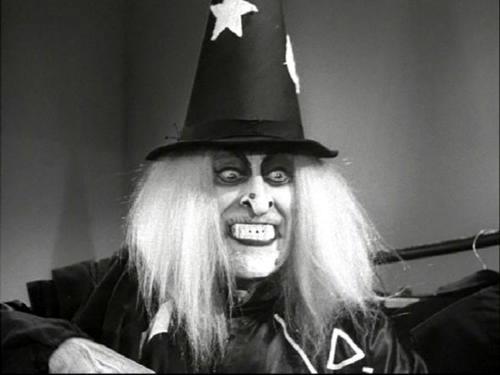 Louis Nye as "Zombo" on "The Munsters"

Nye played dentist Delbert Gray on several episodes of The Ann Sothern Show from 1960 to 1961, the romantic interest of Olive Smith, played by Ann Tyrrell (1909–1983). Nye also played Sonny Drysdale, the spoiled rich stepson of the banker, Milburn Drysdale, on CBS's The Beverly Hillbillies during the 1962 season. He did six episodes, and received more mail than from anything else he had ever done on TV, but the character was dropped. It was rumored that someone in the CBS network, or a sponsor, thought Sonny was too "sissified." Nye revived the character briefly during the 1966 season, however.

Nye was a member of the cast of the situation comedy Needles and Pins, playing Harry Karp. The show, which starred Norman Fell, ran for 14 episodes in the autumn of 1973.

Nye also recorded a few comedy LPs, doing a variety of characterizations. Unfortunately, he never had the opportunity to reach his potential in movies. Many of his character roles were little more than cameos. Nevertheless, he performed with stars as Lucille Ball, Bob Hope, Jack Lemmon, Dean Martin, Walter Matthau, Robert Mitchum, Jack Webb and Joanne Woodward, among others. Nye also appeared on the lecture circuit, in concerts and in night clubs, and did voice work in animation, such as Inspector Gadget with Don Adams. 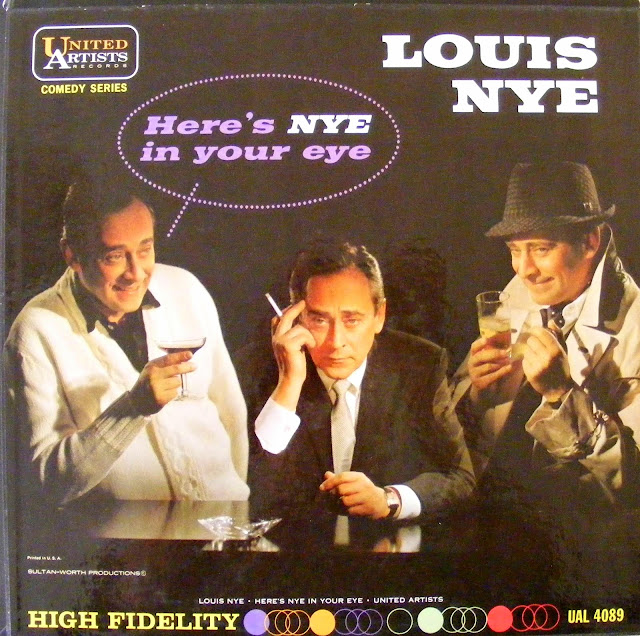 Nye never retired. He completed a 24-city tour of the country for Columbia Artists, ending the tour with a two-week stint at the Sahara in Las Vegas. At the age of 92, he continued to work, appearing in his recurring role of Jeff Greene's father on HBO's Curb Your Enthusiasm from 2000 to 2005.

Nye lived in Pacific Palisades with his wife, pianist-songwriter Anita Leonard, who wrote the standard, "A Sunday Kind of Love." Married since the late 1940s, they had a son, artist Peter Nye. 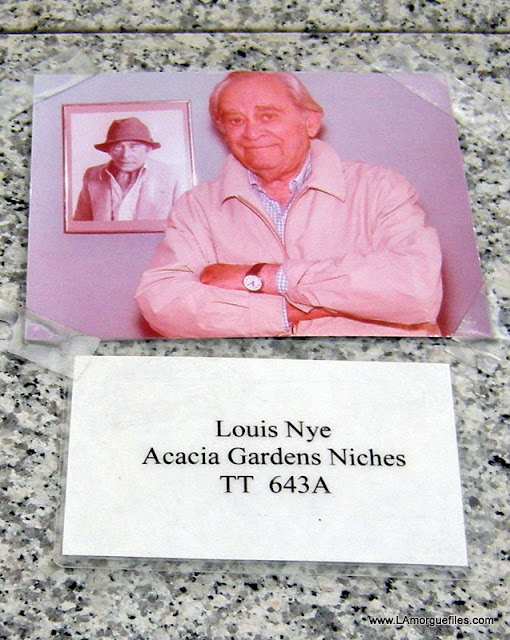 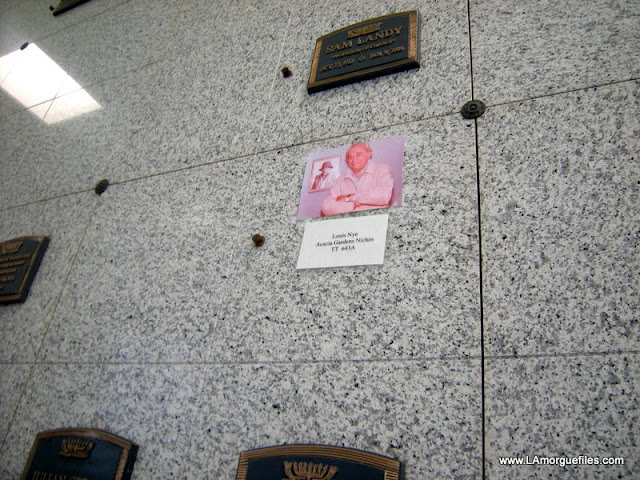