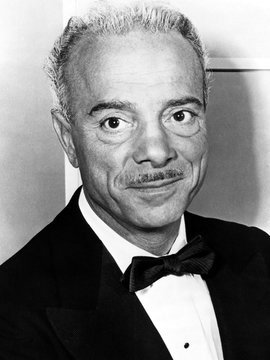 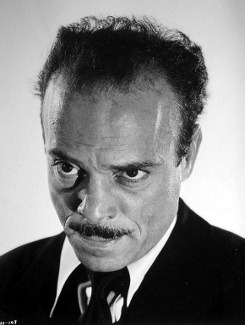 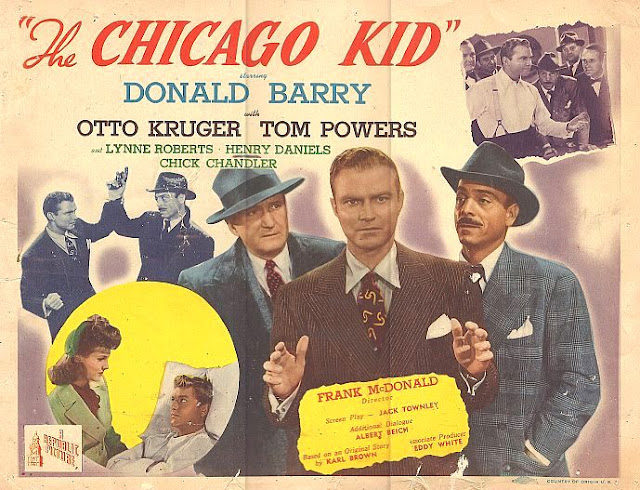 Novello began his 47-year acting career in the 1930s, performing as a character on radio. He played Jack Packard on the Hollywood version of I Love a Mystery[1] for a brief period during the mid-1940s. He sometimes employed accents in voicing supporting characters. He portrayed Cairo police captain Lieutenant Sam Sabaaya on Rocky Jordan,[1]:287-288 Jamison the butler on the radio version of Lone Wolf, and Judge Glenn Hunter on One Man's Family. He also had roles on Escape, Crime Classics, Lux Radio Theater, Suspense, and Yours Truly, Johnny Dollar. 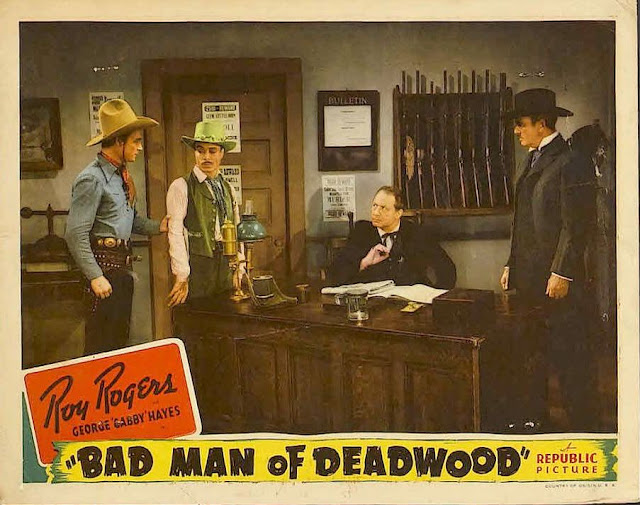 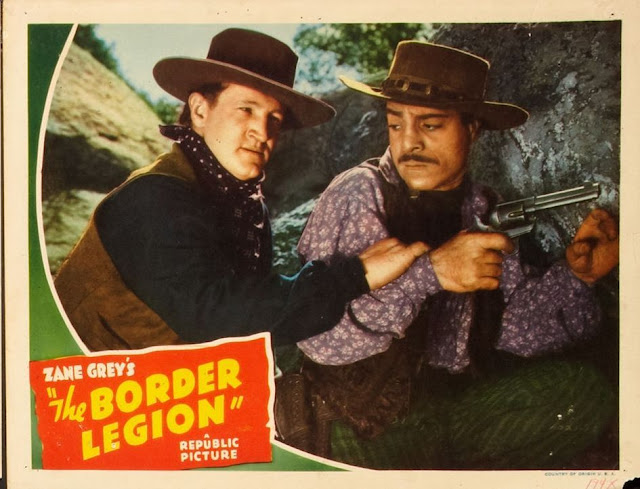 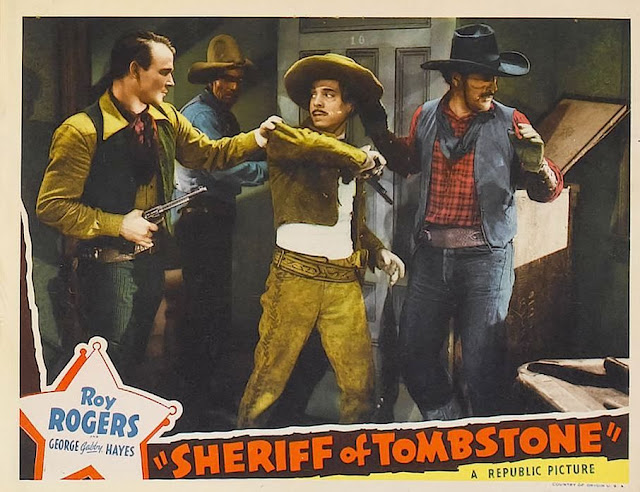 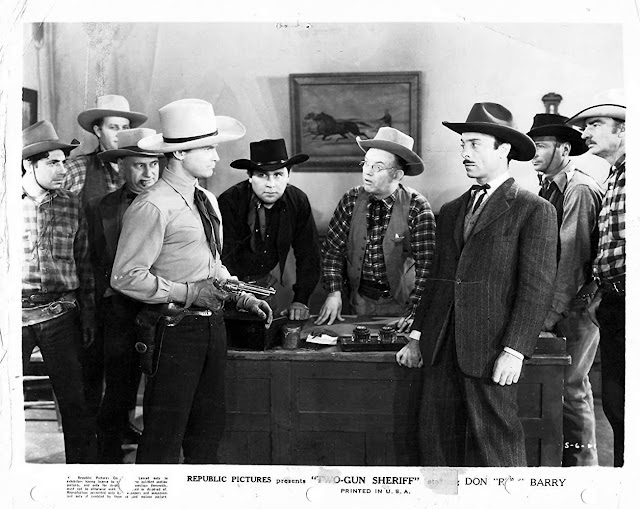 During his film career, Novello's roles often alternated between pompous or fussy professionals and assorted ethnic characters, such as Italians, Spaniards, or Mexicans. One of his earliest and more familiar film appearances is in the 1945 Laurel and Hardy comedy The Bullfighters, in which Novello plays a Latin restaurateur. Novello was limited mostly to bits in minor films, one of his notable being the officious Spanish consul in Frank Capra's Pocketful of Miracles (1961). Among his other movie credits are roles in such films as 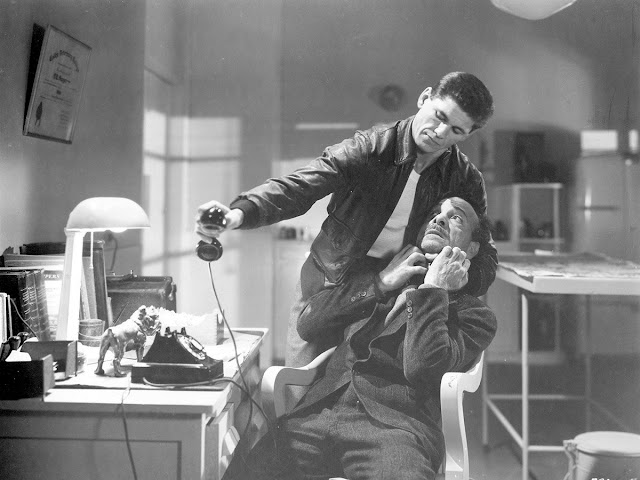 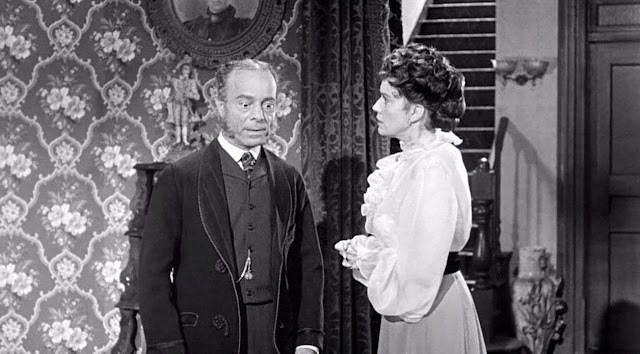 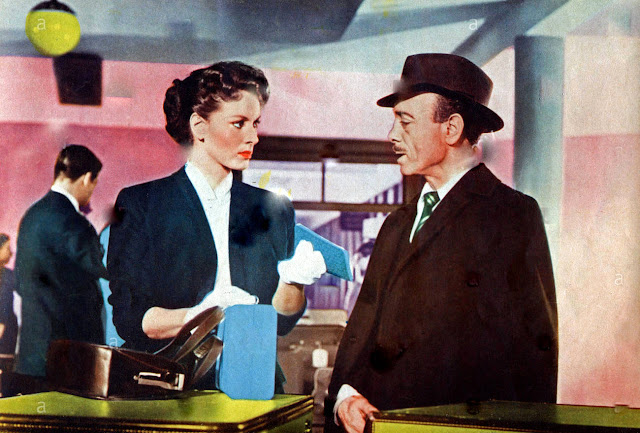 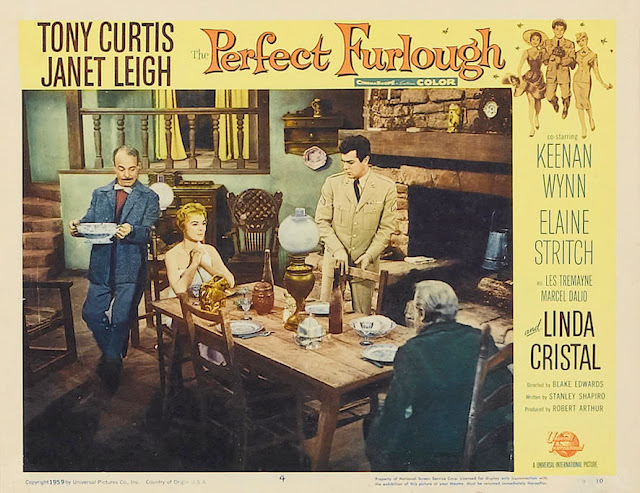 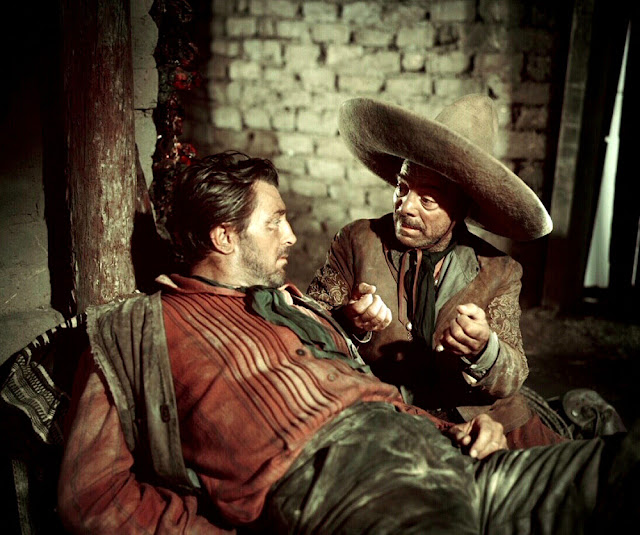 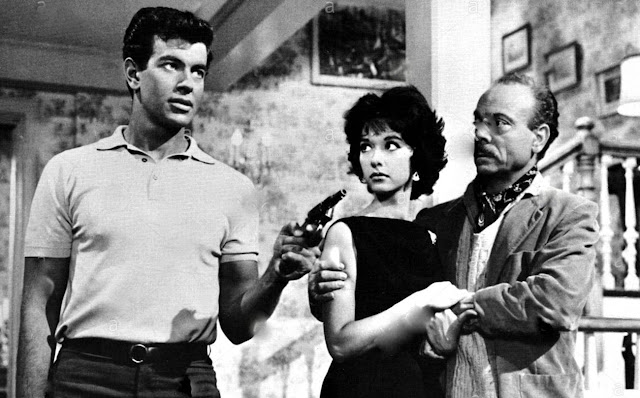 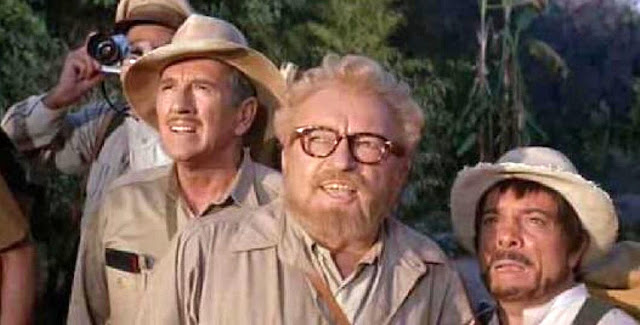 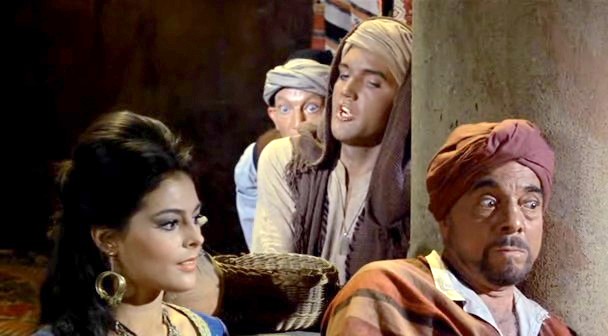 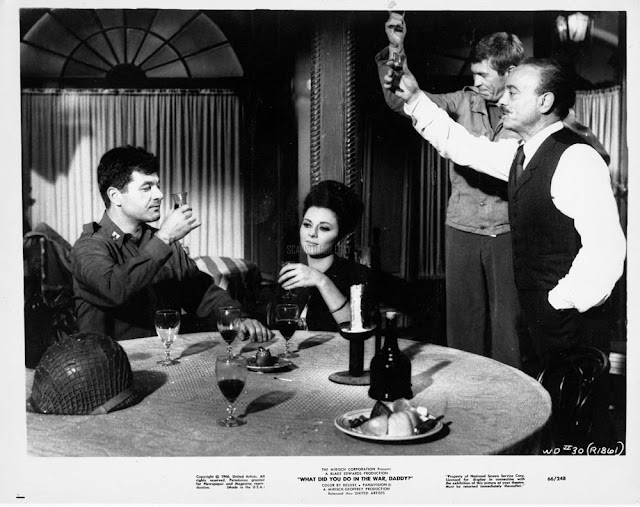 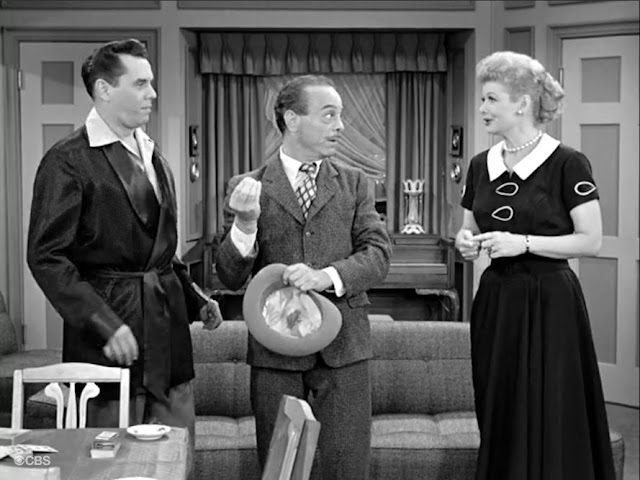 Novello's first role as a guest star on television was on CBS's The George Burns and Gracie Allen Show in 1951. Besides several appearances on CBS's I Love Lucy, Novello guest-starred on a 1952 episode of CBS's espionage drama Biff Baker, U.S.A., starring Alan Hale, Jr. He appeared too on NBC's Northwest Passage series, based on the work of Major Robert Rogers in the French and Indian War. He appeared with James Best, John Dehner, and Paul Richards in 1956 on NBC's western anthology series Frontier in the episode "The Texicans." About this time, he also guest-starred in Brian Keith's first series, Crusader, a Cold War drama that aired on CBS. He was cast in a 1955 episode as Andre in "Sock Plays Cupid" of Jackie Cooper's NBC sitcom, The People's Choice.

In 1957, he guest-starred in Frank Lovejoy's NBC detective series The Adventures of McGraw, originally titled Meet McGraw.[2] In 1958, he was cast in five episodes as Juan Greco on ABC's Zorro, with Guy Williams and in this same year played Gio Bartolo in the episode "Sidewalk Fisherman" in the acclaimed ABC series Naked City. 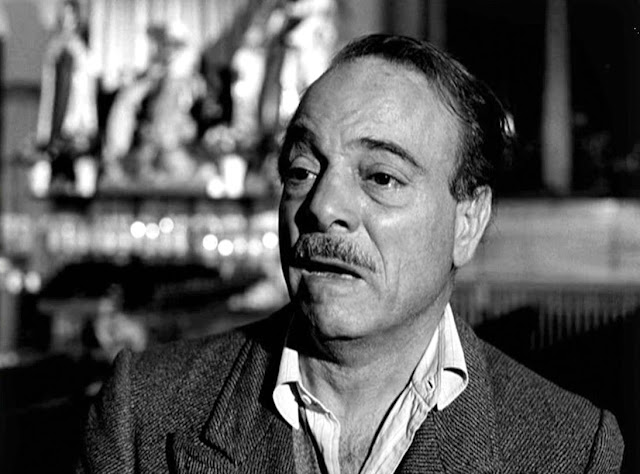 In the episode "Small Hostage" (May 26, 1959) of the ABC/Warner Brothers western series Sugarfoot, with Will Hutchins in the title role, Novello plays the vivacious Pepe Valdez, the owner of an orphanage in Mexico, who persuades a United States Army colonel, Cyrus Craig (Robert Warwick), that a blonde Anglo boy in the orphanage, "Chico" (Gary Hunley), is the colonel's grandson. Craig had come south of the border to reclaim from a cemetery the body of Craig's military son killed in an Apache attack.[3]

He also guest-starred in episodes of two ABC sitcoms, The Donna Reed Show as Nick Melinas in "The Love Letter" (1960) and on The Real McCoys, in which he plays the fiance of Gladys Purvis (Lurene Tuttle), the widowed mother of Kate McCoy (Kathleen Nolan). Novello's character initially clashes with Grandpa Amos McCoy (Walter Brennan), but the two men are reconciled over a game of horseshoes.[4]

Between 1957 and 1960, Novello appeared as a skittish coroner in an episode of the ABC/Warner Brothers western series Maverick, starring James Garner, also in Season 1, Episode 3 "According to Hoyle" as Henry Tree a private detective,[5] also two episodes of the ABC/Warner Brothers western series, Colt .45, starring Wayde Preston.[6] He appeared in the ABC/WB detective series, Bourbon Street Beat, starring Andrew Duggan. He guest starred as Beanie in the 1958 episode "Arson" of David Janssen's CBS crime drama, Richard Diamond, Private Detective. In 1962, he played coin collector Nickolas Trevelian in "The Case of the Captain's Coins." He appeared in the syndicated crime drama Johnny Midnight, starring Edmond O'Brien. 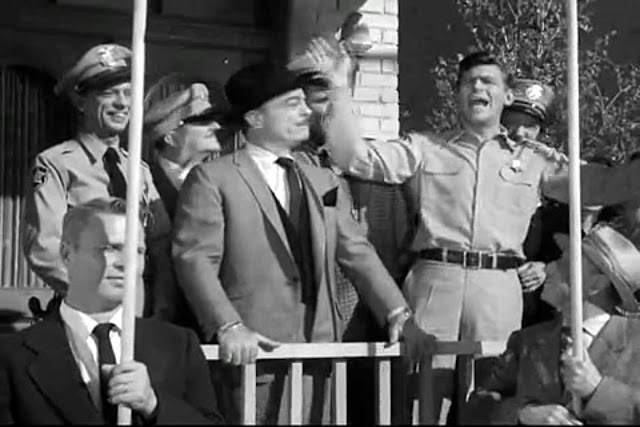 Novello guest starred twice on CBS's The Andy Griffith Show, as the main character in the episode entitled "Guest of Honor" and as an opportunist lawyer in "Otis Sues the County." 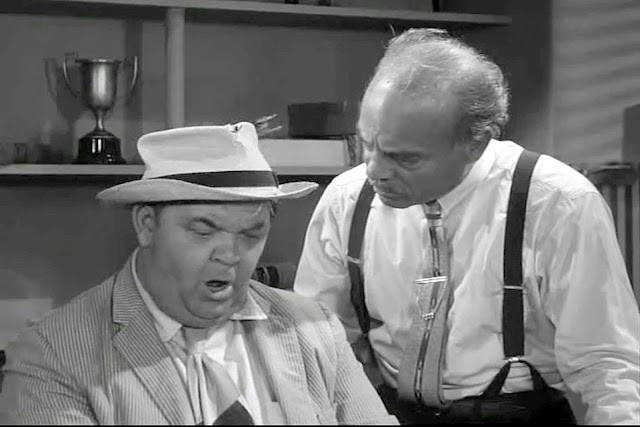 Novello secured an early guest spot on the television incarnation of Gangbusters as famed bank robber Willie Sutton. He was a regular on ABC's McHale's Navy as the con artist Mayor Mario Lugatto of Volta Fiore, Italy.[7]

He appeared in the episode of Climax!, Escape From Fear, and had a recurring role on Zorro as Juan Greco. Novello also appeared in several episodes of the ABC/WB series Lawman, with John Russell and Peter Brown. He was cast too as Guido Morales in the 1960 episode "Unsurrendered Sword" on the ABC series The Rebel, starring Nick Adams. He also appeared in an episode of the Brady Bunch as Mr. Martinelli, the owner of a bike shop who hires, and then fires, Peter Brady. He appeared as well as a pompous Coin collector in the Perry Mason episode "The Case of the Captain's Coins." He played the Frenchman Verenne in Season 1, Episode 14 "An Act of War" in the TV series, 12 O'Clock High. In 1964 he played Paul Lejeune, mayor of Bonnaire, in Season 3, Episode 14 "The Town That Went Away" in the TV series Combat!.[8] In 1967 he played LaDuc, a Vichy official in Season 2, Episode 19 "The Decoy Raid" in the TV series The Rat Patrol.[9] 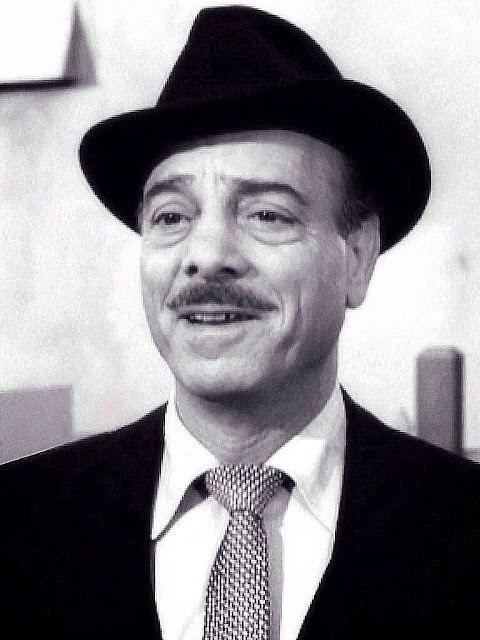 Novello's first marriage, to Rose Motto, ended in divorce. In 1961, he married Patricia C. Lewis and they remained together until his death. 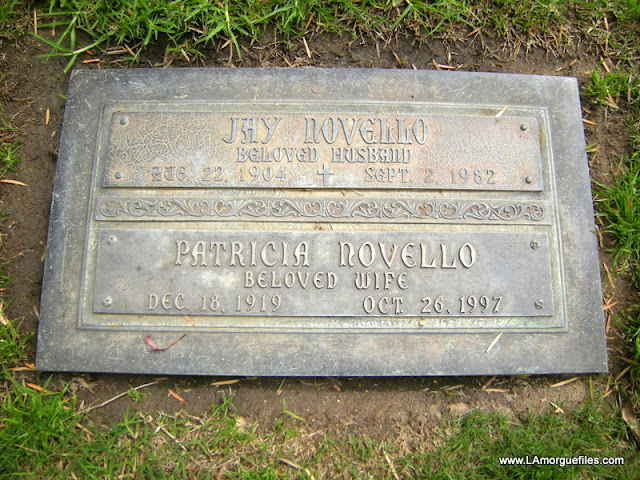 Jay Novello died of lung cancer in Riverside Hospital, North Hollywood, California, in 1982, aged 78. He is interred in Los Angeles, California, at the San Fernando Mission Cemetery. He was survived by his wife and a daughter, Yvonne.[10] 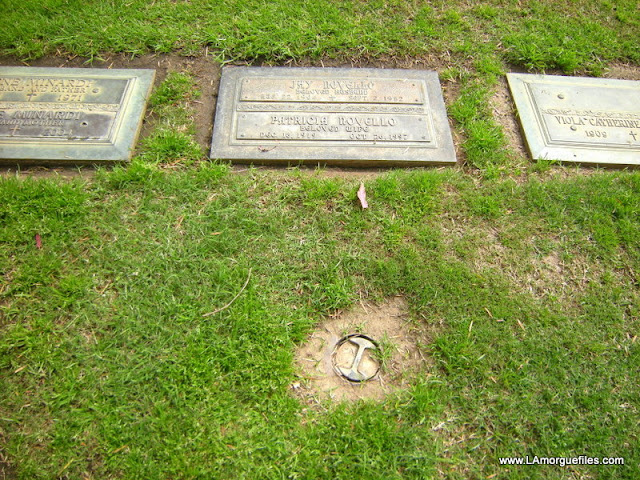 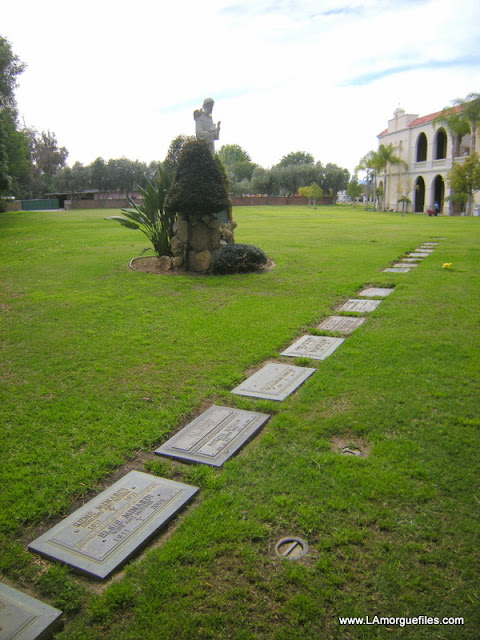 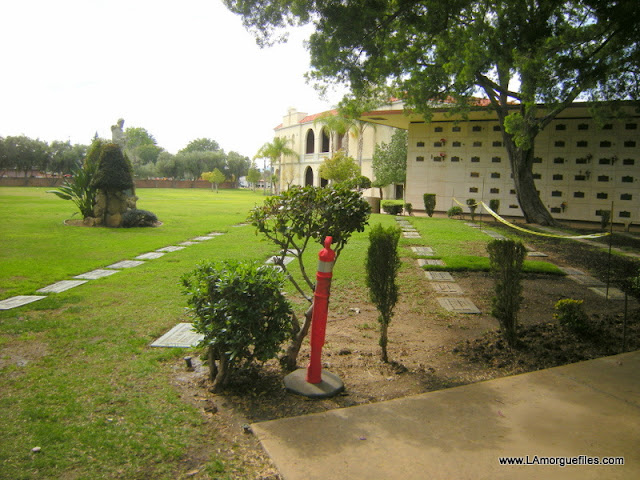 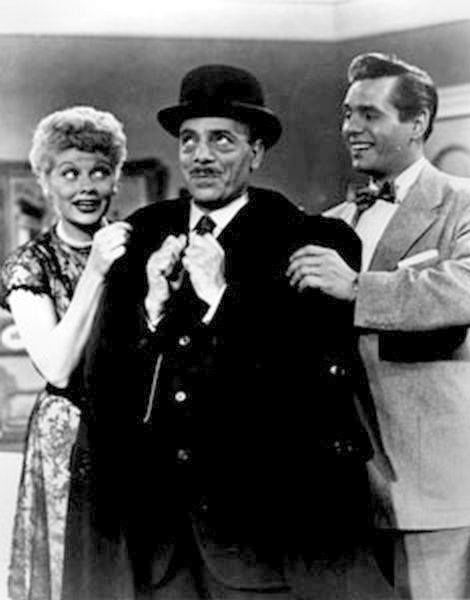