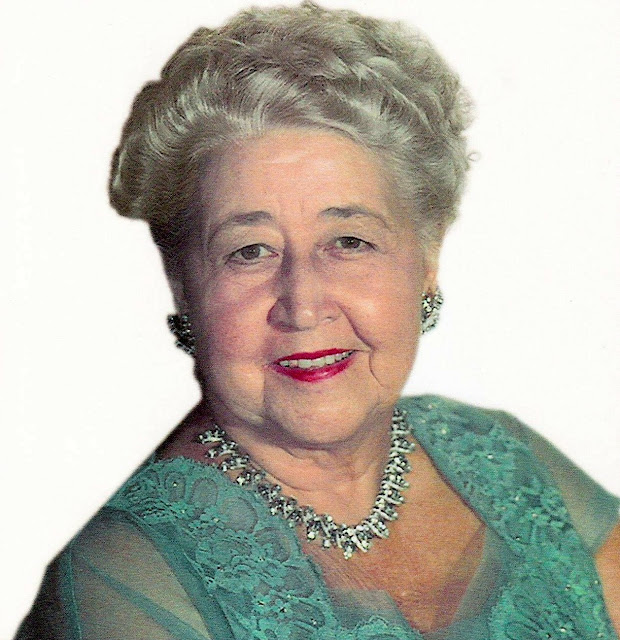 Verna Felton (July 20, 1890 – December 14, 1966) was an American actress who was best known for providing many voices in numerous Disney animated films, as well as voicing Fred Flintstone's mother-in-law Pearl Slaghoople in Hanna-Barbera's The Flintstones (1962–1963). 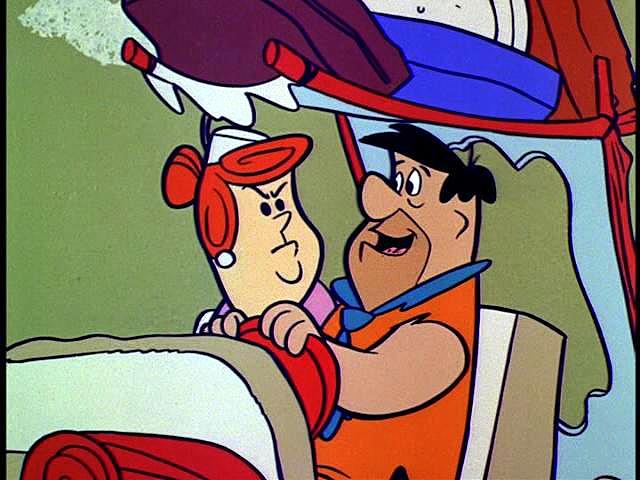 She also had roles in live-action films; however, she was most active in radio programs. She was known for her husky voice and no-nonsense attitude. Two of her most famous roles were as Dennis Day's mother Mrs. Day on The Jack Benny Program (1939–1962) and as Hilda Crocker on the CBS sitcom December Bride (1952–1959). 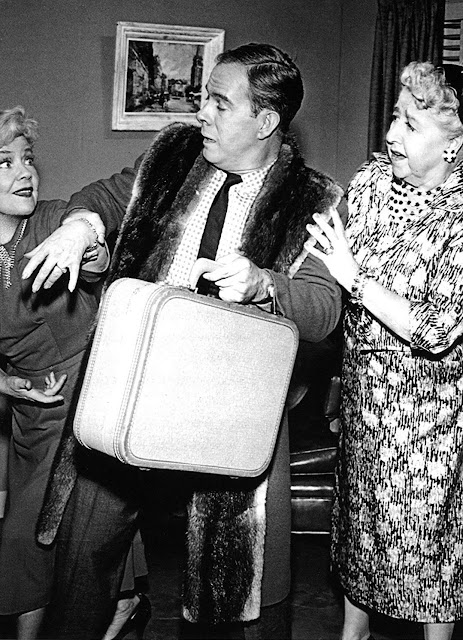 Felton was born in Salinas, California, on July 20, 1890. Her father, a doctor, died when she was seven years old. When going over his accounts after his death, Felton's mother discovered that although her husband had a large medical practice in San Jose, there were no records of his patients' payments for treatment and no cash in the office. Shortly before her father's death, Felton had performed in a local benefit for victims of the Galveston Flood. Her singing and dancing attracted the attention of a manager of a road show company that was playing in San Jose at the time. The manager spoke to Felton's mother, offering to give Felton a job with his company. Since the family was experiencing difficult financial times with the loss of Felton's father, her mother contacted the road show manager. Felton quickly joined the cast of the show, growing up in the theater.[1] 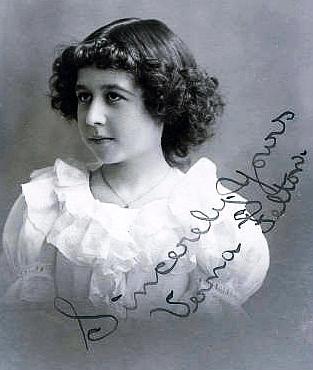 An August 19, 1900, newspaper advertisement for Fischer's Concert House in San Francisco listed among the performers "Little Verna Felton, the Child Wonder."[2] By 1903, she was acting with the Allen Stock Company,[3] which that year toured the west coast of the United States and performed in Vancouver, British Columbia, Canada.[4] By 1907, she was still with the Allen troupe, but she had progressed from child performer to leading lady.[5] Herbert Bashford wrote a play, The Defiance of Doris, specifically for Felton, and the Allen company included it among the group's productions in 1910.[6]

She acted in stage plays at the Empress Theatre in Vancouver in the late 1920s, playing the lead role in Goldfish, Stella Dallas, and The Second Mrs. Tanqueray.[7] Future husband Lee Millar directed the band for these plays. 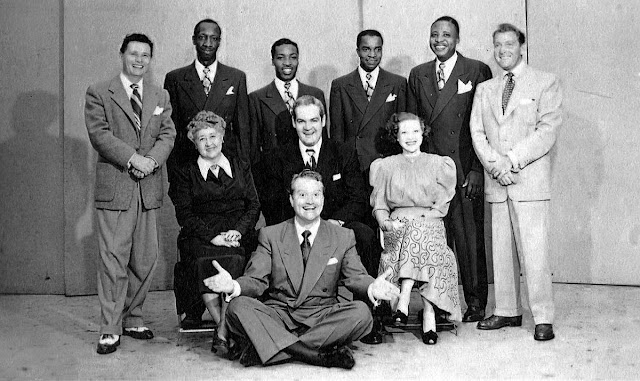 
Felton worked extensively in the 1930s and '50s in Hollywood radio, notably playing The Mom in The Cinnamon Bear, Junior the Mean Widdle Kid's grandmother on Red Skelton's radio series, Hattie Hirsch on Point Sublime, and Dennis Day's protective, domineering, and authoritative mother, Mrs Day, who was always looking out for him while trying to boss around Jack Benny on The Jack Benny Program. In addition, she performed on radio as a regular on The Abbott and Costello Show and The Great Gildersleeve.

Felton appeared in a recurring role as the mother of Ruth Farley, a young woman played by Gloria Winters in the 1953–55 ABC sitcom with a variety show theme, Where's Raymond?, renamed The Ray Bolger Show. The series starred Ray Bolger as Raymond Wallace, a song-and-dance man who was repeatedly barely on time for his performances.[8] 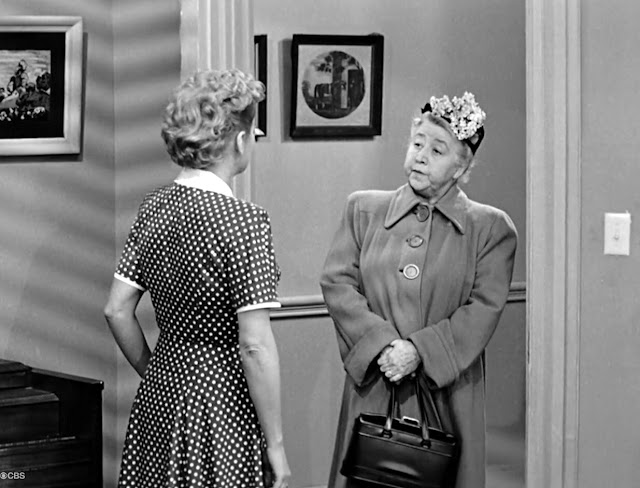 Though some sitcom aficionados might assume that her guest appearances on I Love Lucy led to a regular supporting role as Hilda Crocker on the CBS sitcom December Bride, Felton had played that same character on the radio version two years prior to the television production. December Bride also starred Spring Byington, Dean Miller, Frances Rafferty, and Harry Morgan. 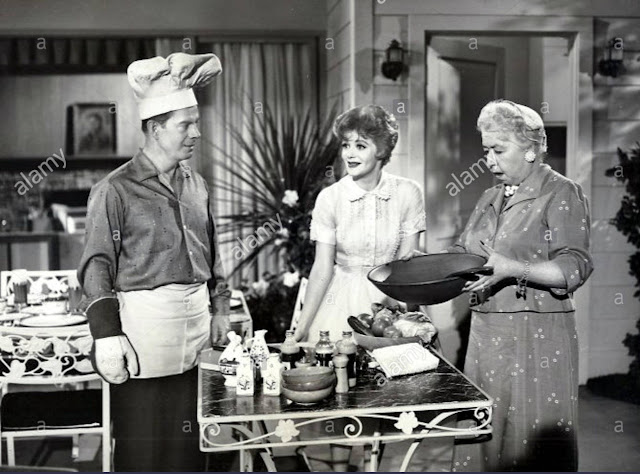 Felton continued her Hilda Crocker role on the December Bride spin-off, Pete and Gladys, with Harry Morgan and Cara Williams. For her performance on December Bride, Felton was nominated for the Primetime Emmy Award for Outstanding Supporting Actress in a Comedy Series in 1958 and in 1959.[9] 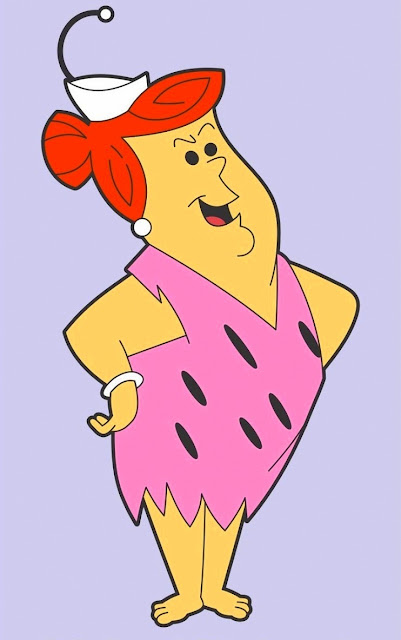 Felton was the original voice of Wilma Flintstone's mother, Pearl Slaghoople, voicing the character as a semi-regular on Hanna-Barbera's The Flintstones from 1962–63. In 1963, in the series finale of CBS's Dennis the Menace sitcom, Felton played John Wilson's aunt in the episode entitled "Aunt Emma Visits the Wilsons." In the story line, Mr. Wilson (Gale Gordon) tries to convince Aunt Emma to leave her estate to him and his wife, Eloise (Sara Seegar). Wilson becomes suspicious when Emma begins spending time with Dennis Mitchell (Jay North).[10] 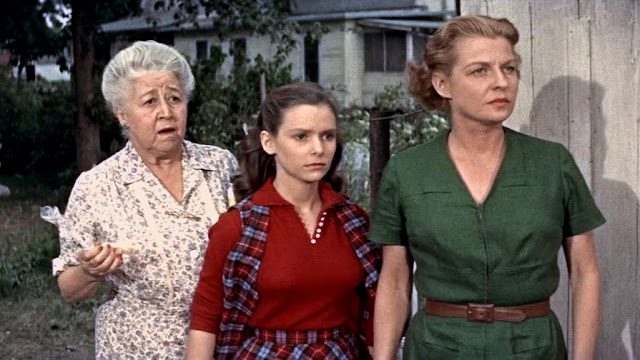 Felton was a popular actress at the Walt Disney Studios and MGM Studios, lending her voice to several animated features, including:

Dumbo (1941) as the Elephant Matriarch and Mrs. Jumbo, Dumbo's Mother 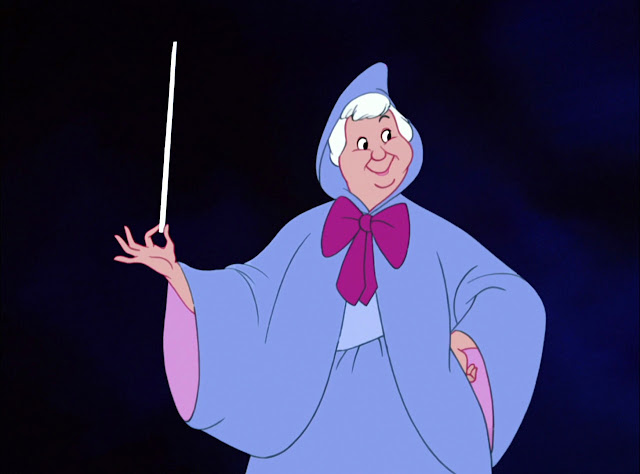 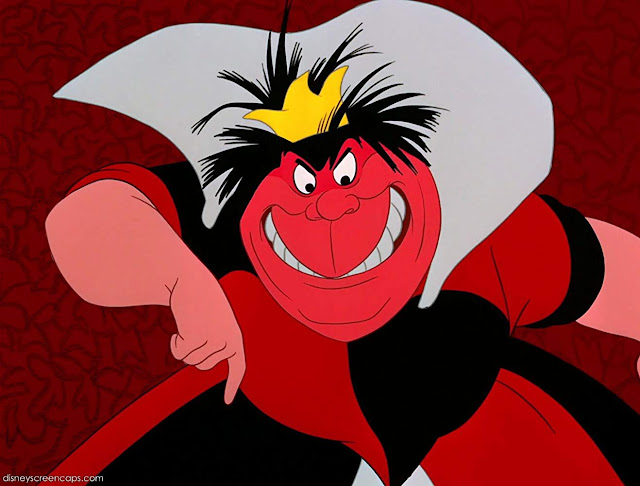 Alice in Wonderland (1951) as the Queen of Hearts 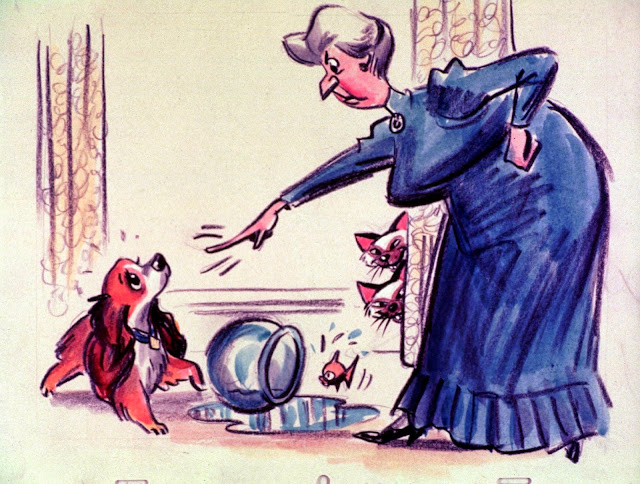 Goliath II (1960) as Eloise
The Man from Button Willow (1965) as Mrs. Pomeroy, Mother and Lady on Trolley
The Jungle Book (1967) as Winifred the Elephant (her final role, animated or live-action) 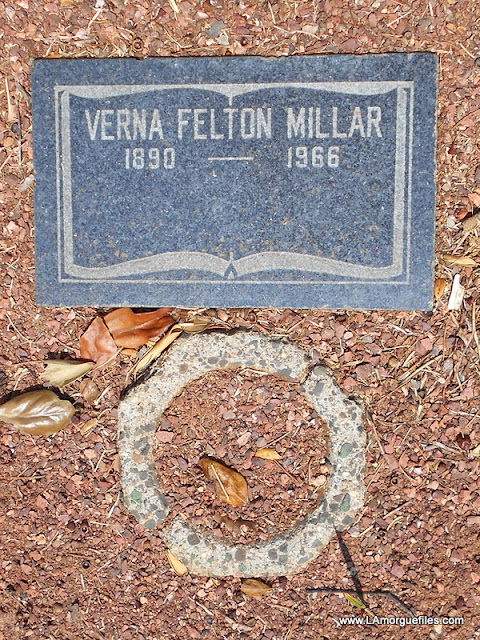 Felton was married to radio actor Lee Millar (1888–1941), who also did animation voices (notably for Disney's Pluto). Their son, Lee Carson Millar Jr. (1924–1980), appeared as an actor on a variety of television series between 1952 and 1967, including, coincidentally, playing Tommy Anderson's father on several episodes of Dennis the Menace between 1959-63.

Felton died at the age of 76 from a stroke in North Hollywood, California, on the evening of December 14, 1966, the day before Walt Disney died. She is interred at Grand View Memorial Park Cemetery in Glendale, California.[11] 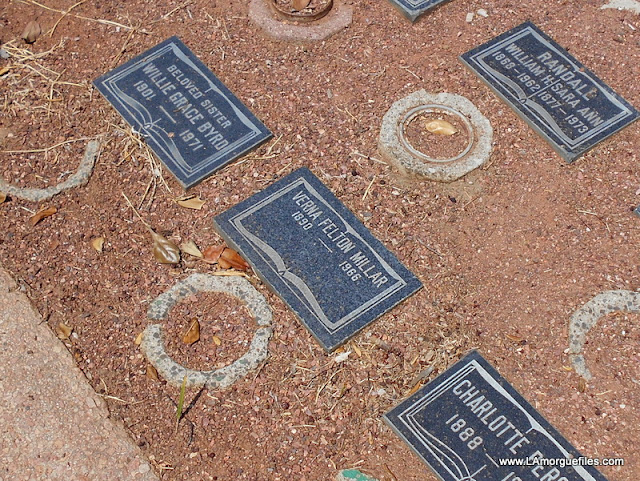 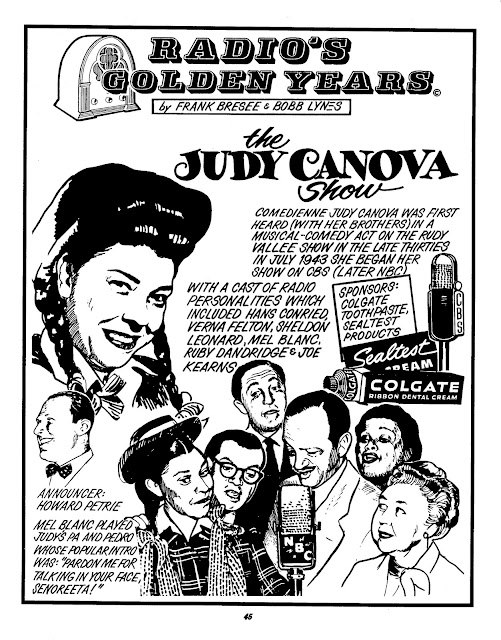 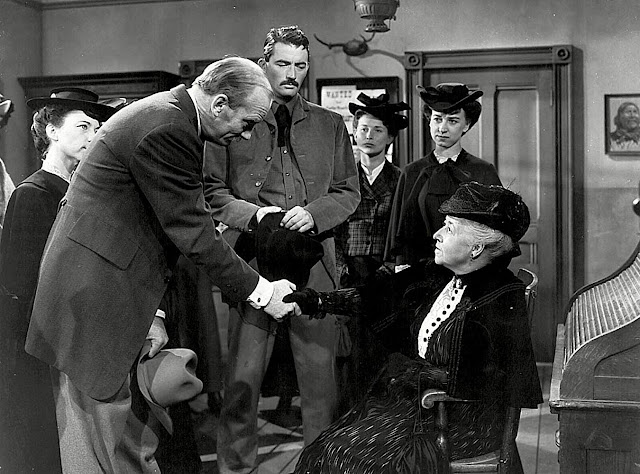 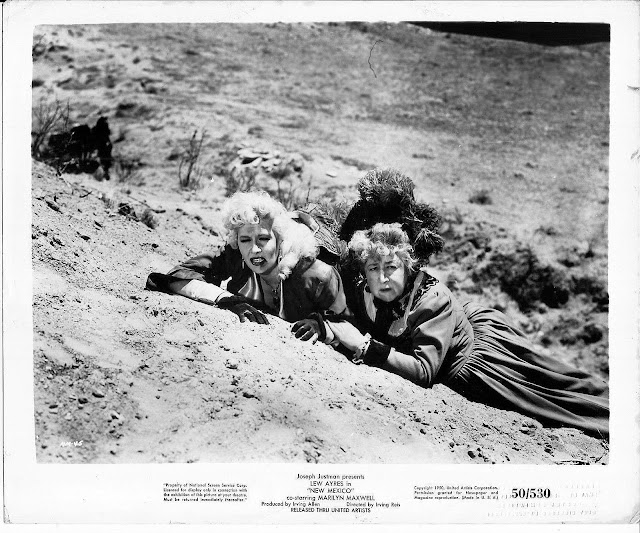 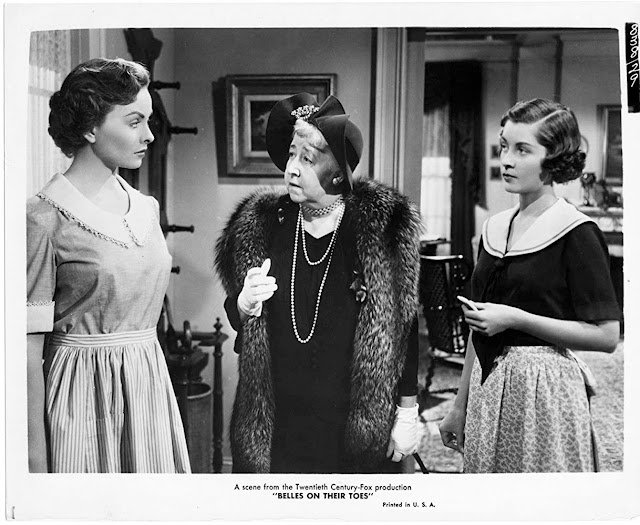 1952 Belles on Their Toes Cousin Leora 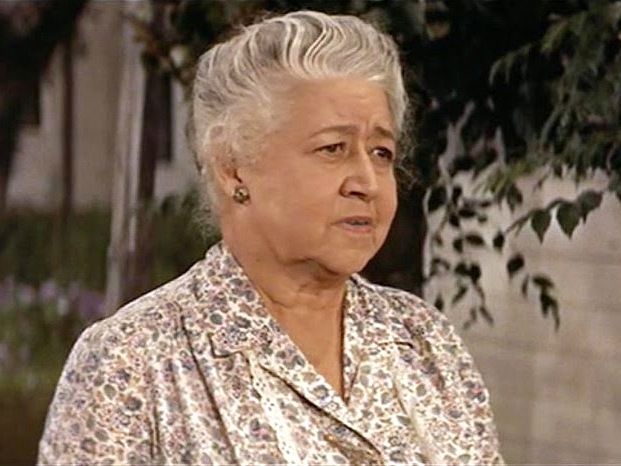 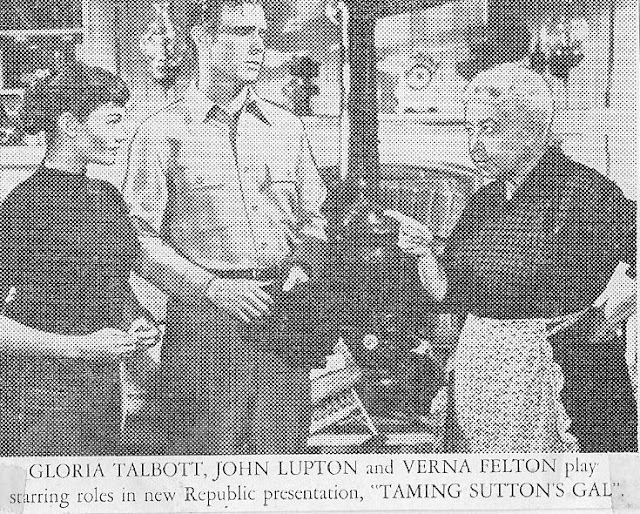 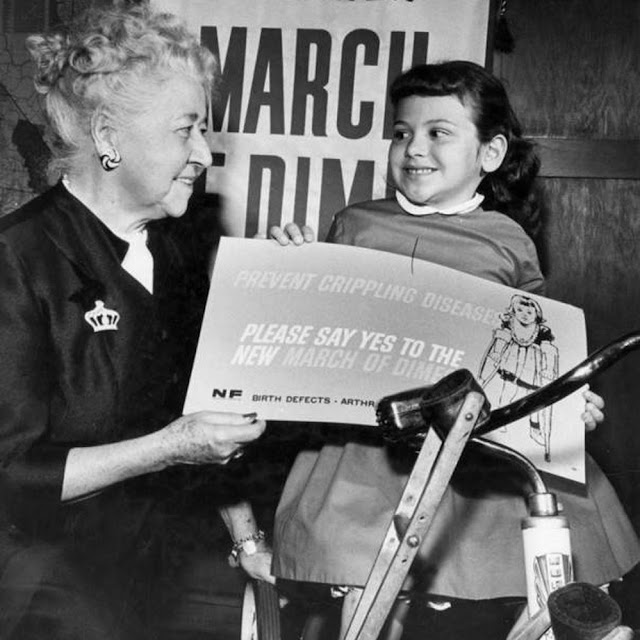 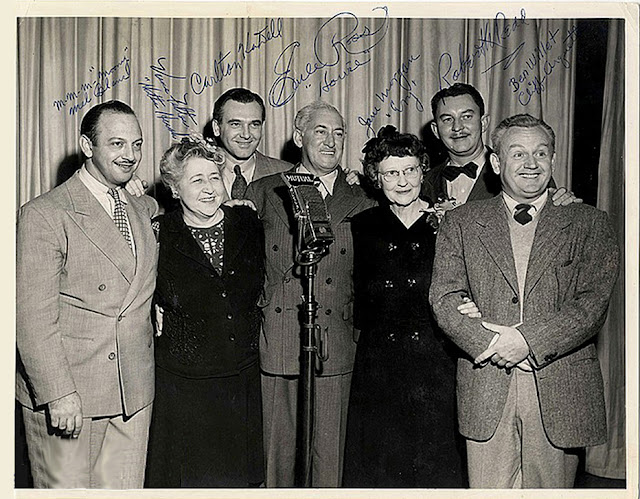 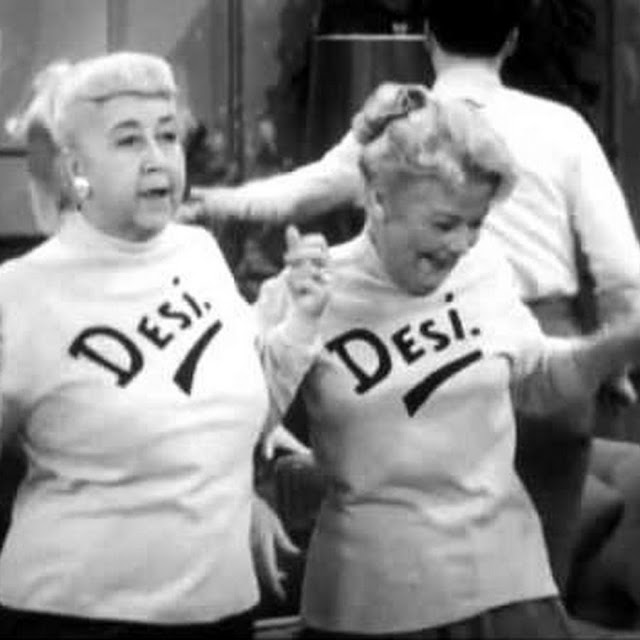 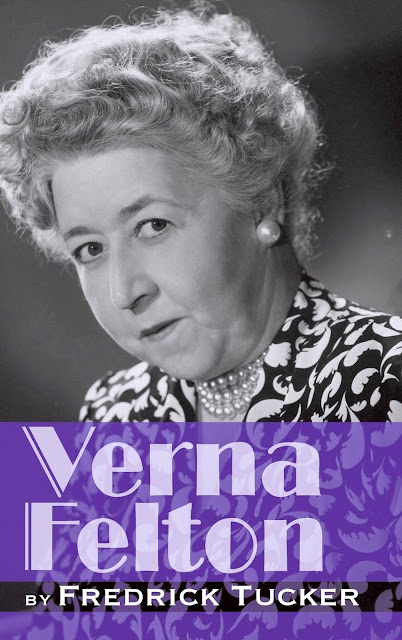 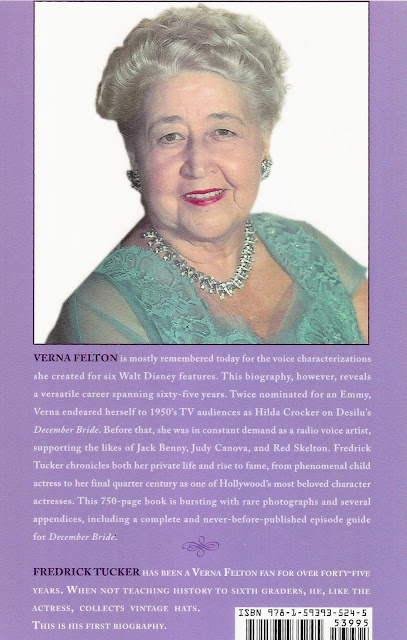 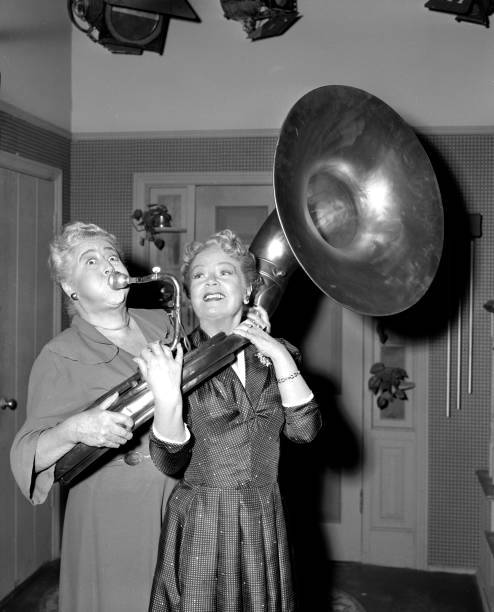