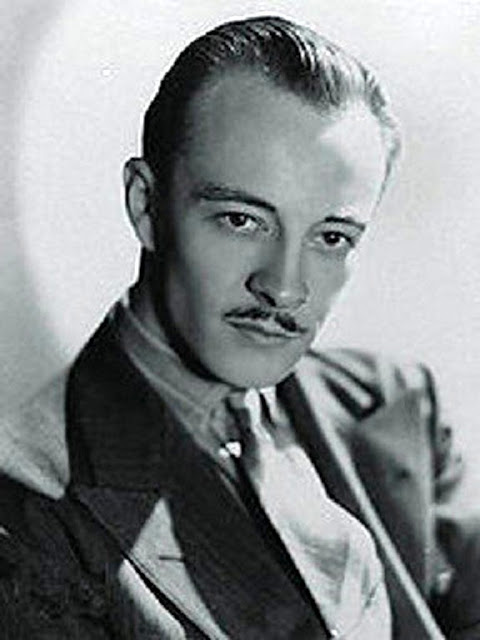 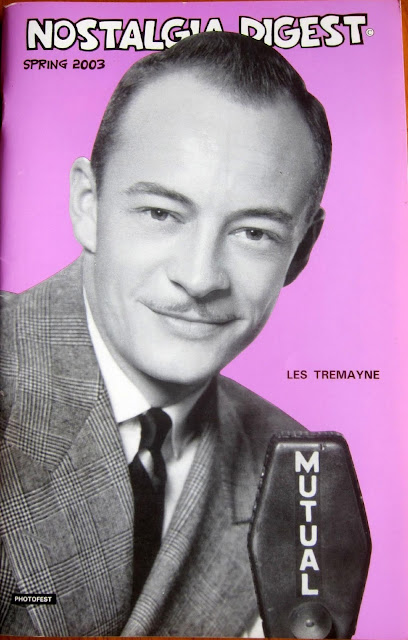 Born in England, he moved with his family at the age four to Chicago, Illinois, United States, where he began in community theatre. His mother was Dolly Tremayne, a British actress.[1] He danced as a vaudeville performer and worked as amusement park barker. He began working in radio when he was 17 years old.[2] 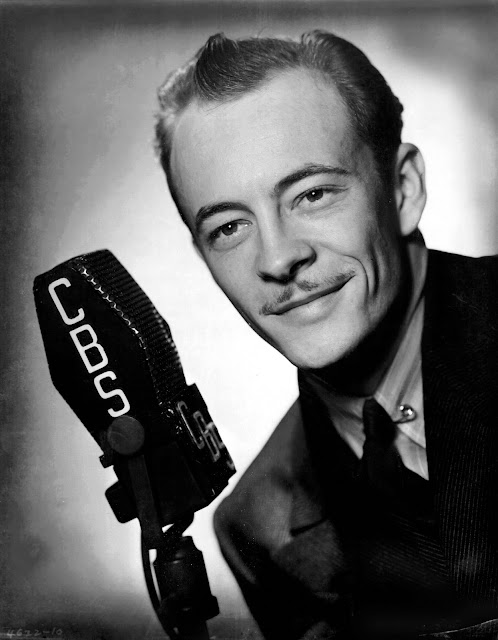 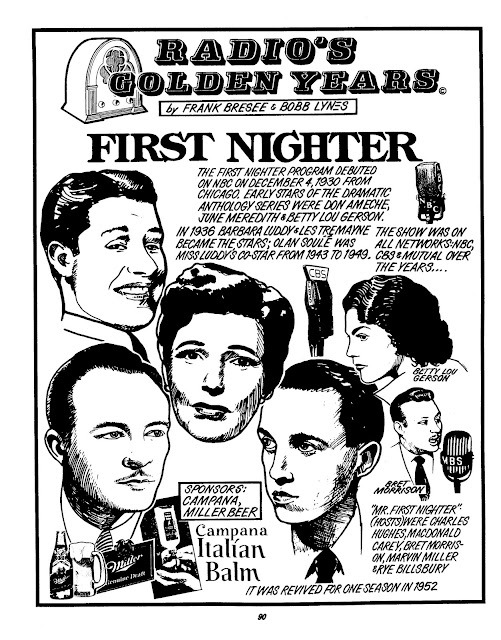 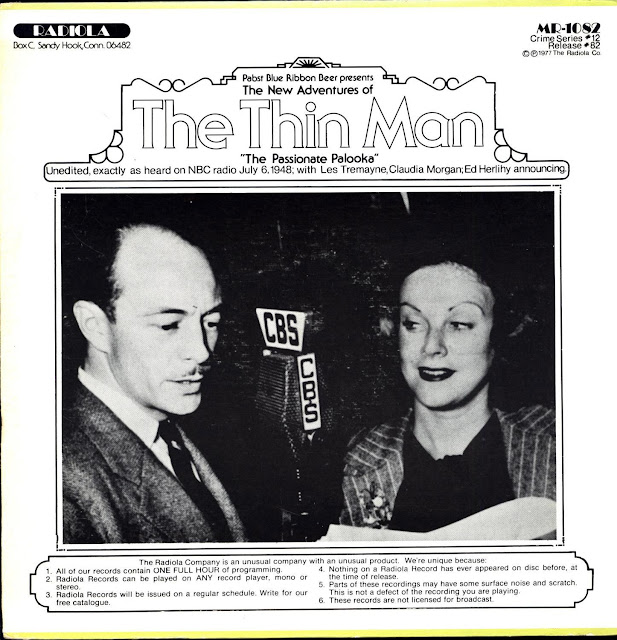 He starred in The Adventures of the Thin Man and The Romance of Helen Trent during the 1940s. He also starred in the title role in The Falcon,[4] and played detective Pat Abbott in The Abbott Mysteries in 1946–47. Tremayne was once named one of the three most distinctive voices on American radio. The other two were Bing Crosby and President Franklin D. Roosevelt.[5]

In his later years, Tremayne was active in Pacific Pioneer Broadcasters as the group's historian and archivist. Those roles included interviewing people who were active in early radio to provide source material for researchers.[1] 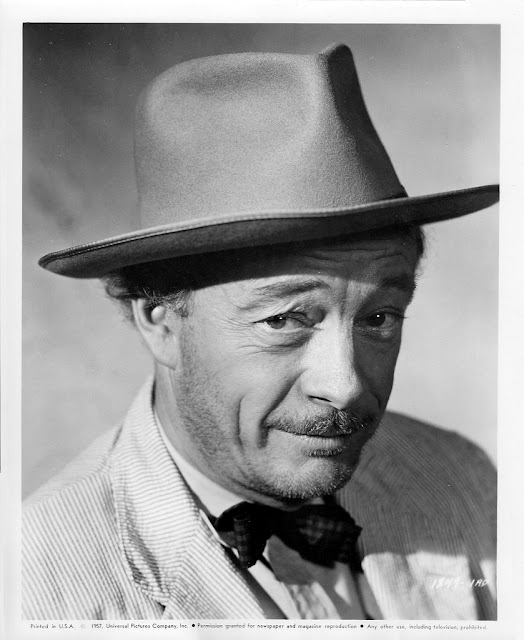 His film credits include A Man Called Peter, The Racket, The Angry Red Planet, The War of The Worlds, Say One for Me, North by Northwest, The Monolith Monsters, The Monster of Piedras Blancas, and The Fortune Cookie. 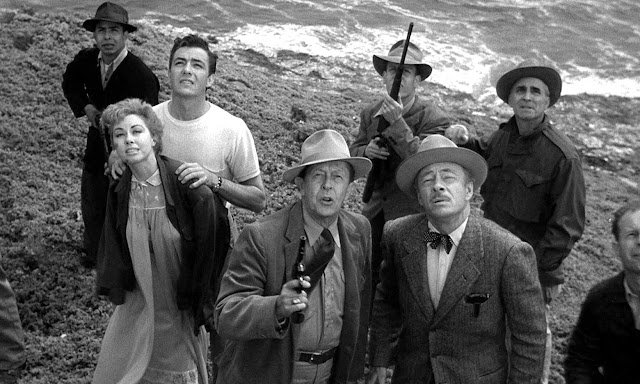 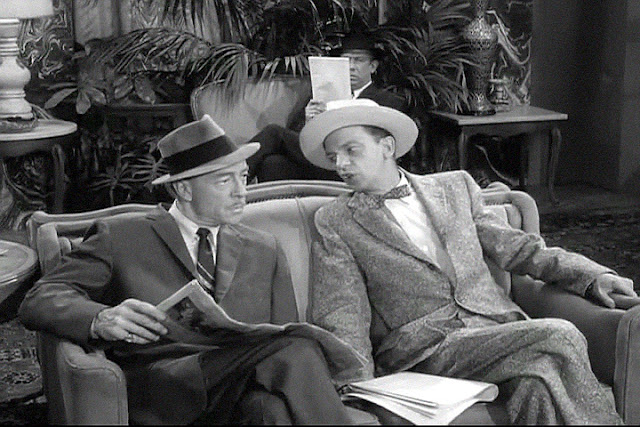 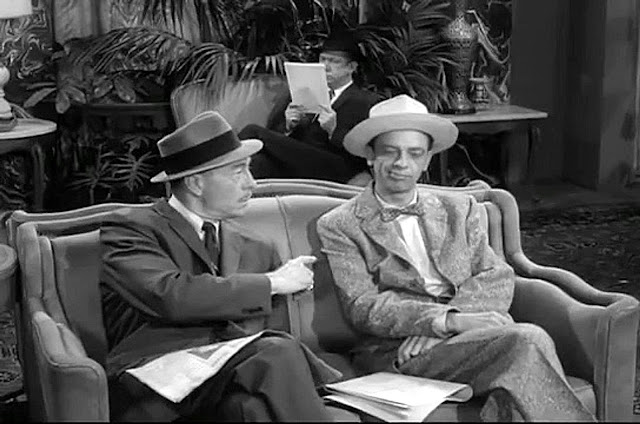 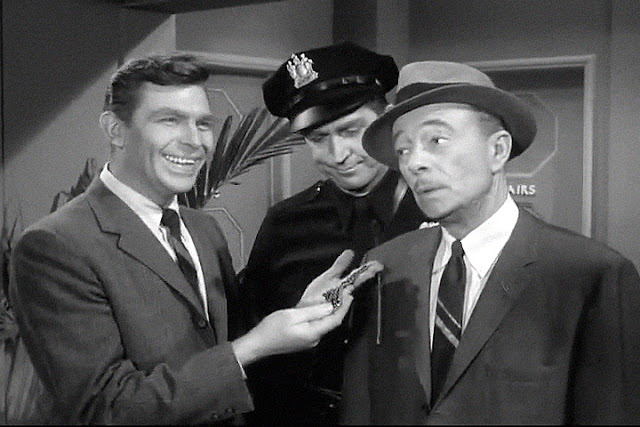 In 1962 Tremayne portrayed the part of C.J. Hasler, a known thief in The Andy Griffith Show episode entitled, "Andy and Barney in the Big City" aired on 26 March 1962. In that show, he played the part of a cunning opportunist who happens onto off-duty Barney Fife who himself believes that he is stalking a jewel thief (Allan Melvin) who is in fact the house detective of the hotel where the story takes place.

In 1969 he lent his vocal talents to the Walt Kelly/Chuck Jones animated television special The Pogo Special Birthday Special. Other voice contributors were June Foray and both Chuck Jones and Walt Kelly themselves. 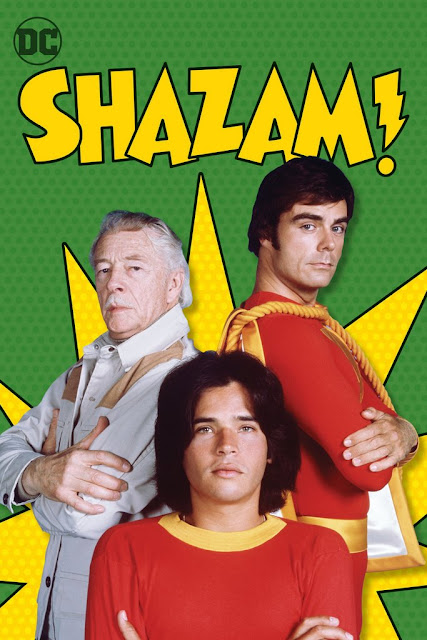 Between 1974 and 1977, Tremayne appeared on the Saturday morning Shazam! television series based on the DC Comics superhero Captain Marvel. In the role of Mentor, Tremayne served as the literal mentor of the program's protagonist, young Billy Batson.[7]:956

In 1987, Tremayne appeared on General Hospital as Edward Quartermaine for six months, the oldest character in that series, as a temporary replacement for David Lewis. He played the deceased Victor Lord for one month on One Life to Live during the 1987 Heaven storyline in which daughter Vicki Lord Buchanan (Erika Slezak) was reunited with most every character that had died on the show after a heart attack left her in purgatory.

Tremayne was elected to the National Radio Hall of Fame in 1995.[8] 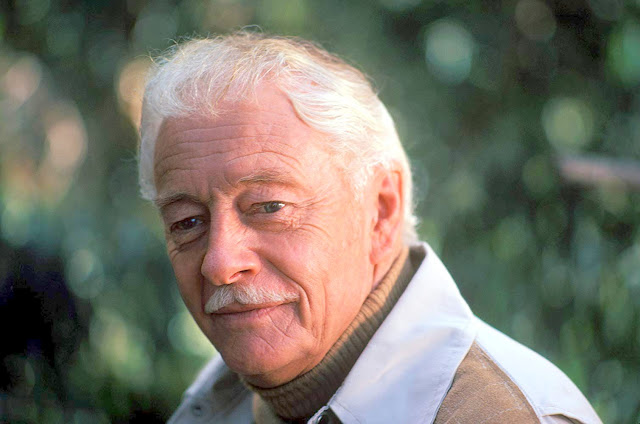 Tremayne was married four times. He did a morning talk show, The Tremaynes,[9] with his second wife, Alice Reinhart, whom he married December 11, 1945.[10] When Tremayne died in 2003, he was married to his fourth wife, Joan.[2] 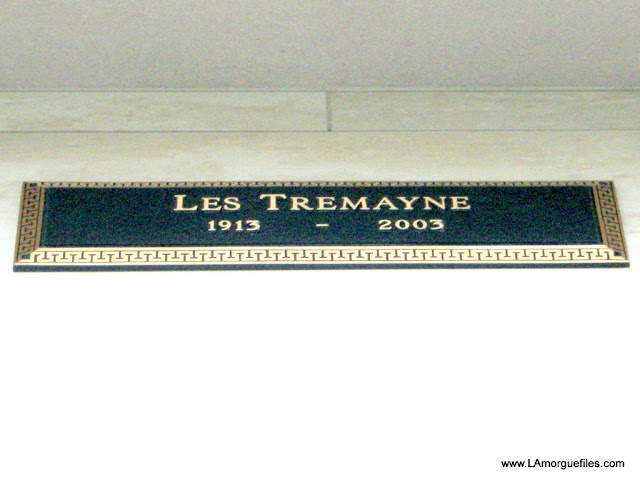 In 2003, Tremayne died of heart failure at St. John’s Health Center in Santa Monica, California at the age of 90.[2]

He was entombed in Westwood Village Memorial Park Cemetery. 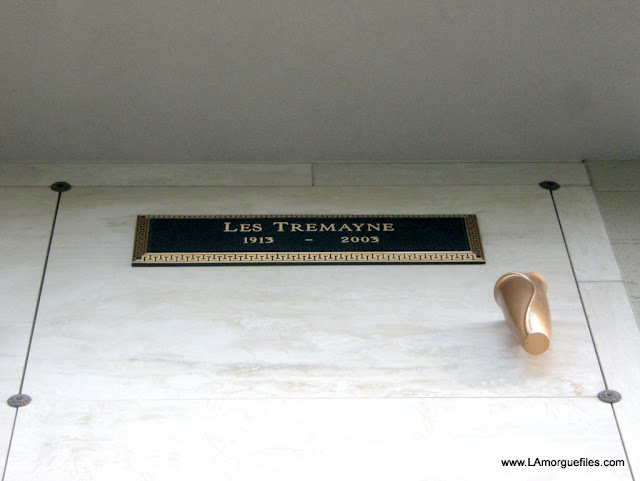 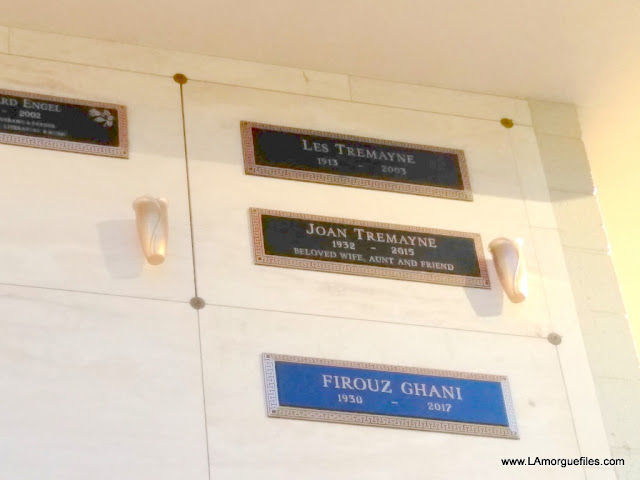 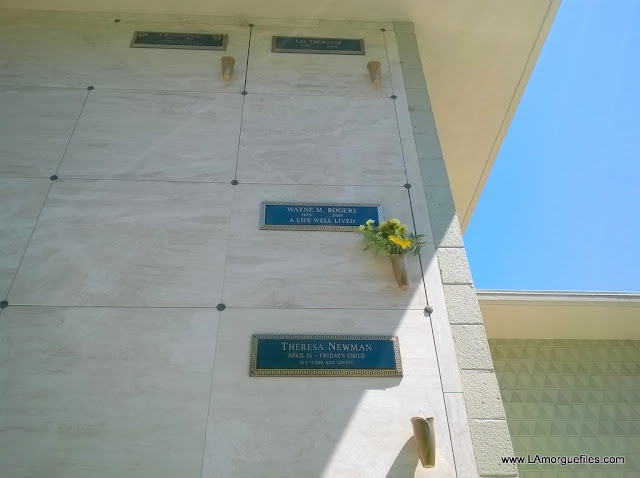 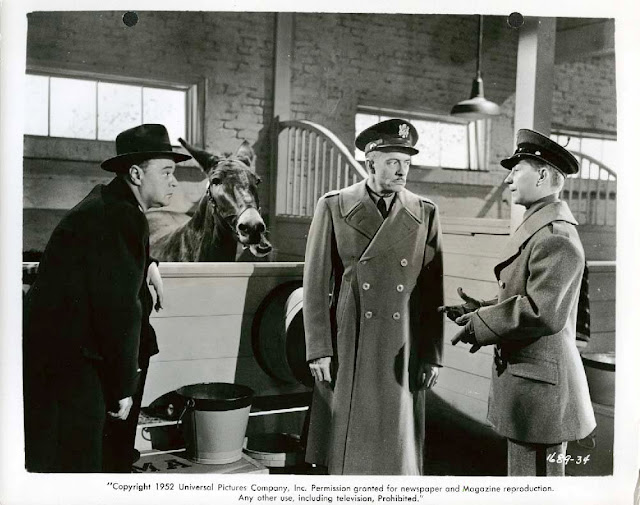 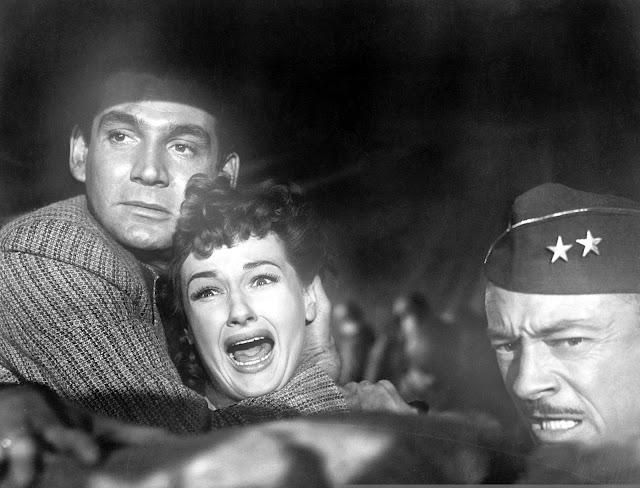 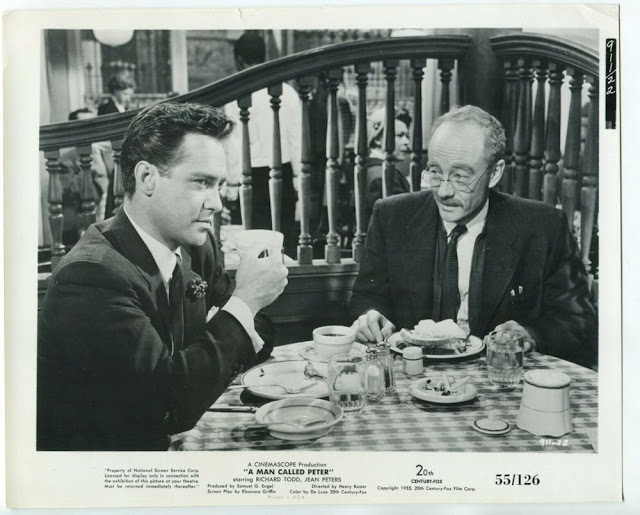 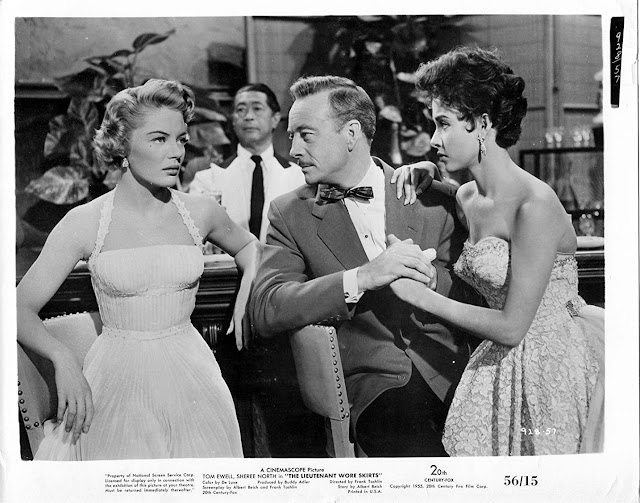 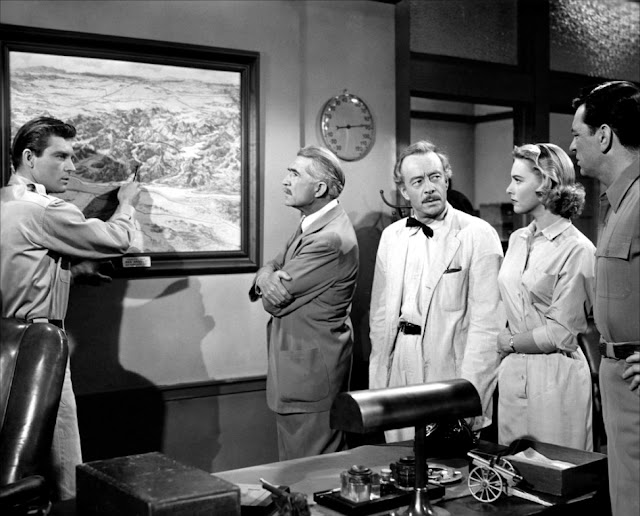 The Monolith Monsters (1957) as Martin Cochrane 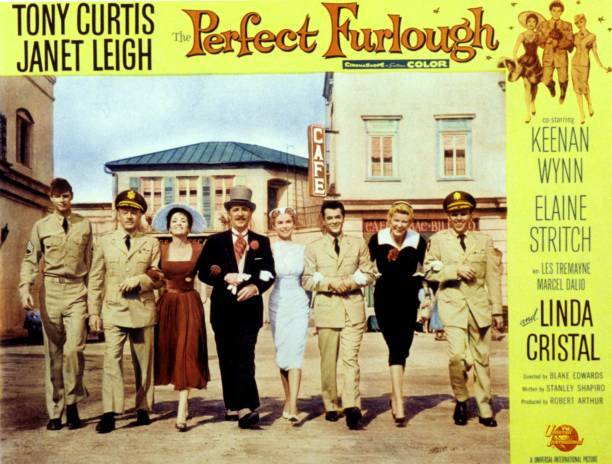 From the Earth to the Moon (1958) as Countdown Announcer (uncredited) 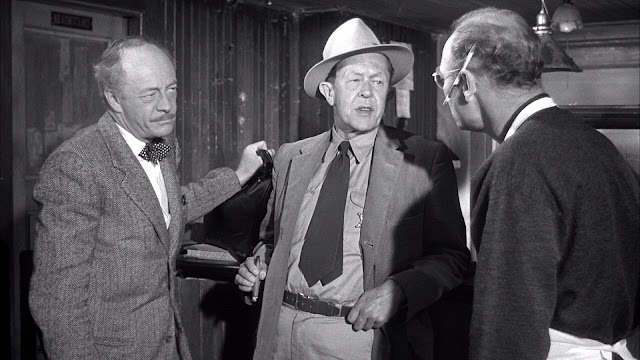 The Monster of Piedras Blancas (1959) as Dr. Sam Jorgenson

Count Your Blessings (1959) as Trailer Narrator (voice, uncredited)
Say One for Me (1959) as Harry LaMaise
North by Northwest (1959) as Auctioneer 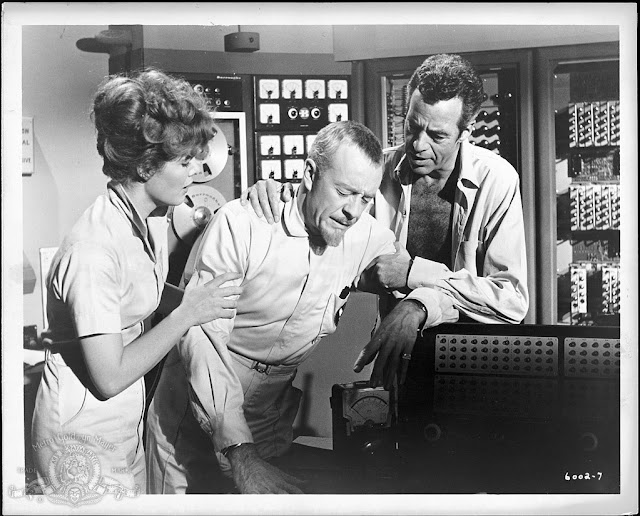 Shoot Out at Big Sag (1962) as Chan Bartholomew 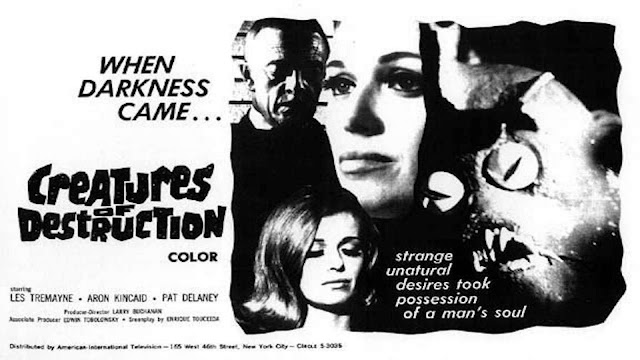 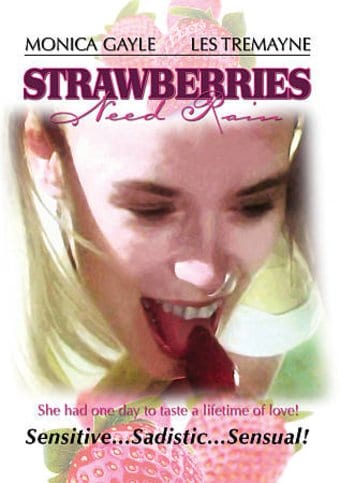 Strawberries Need Rain (1970) as The Reaper 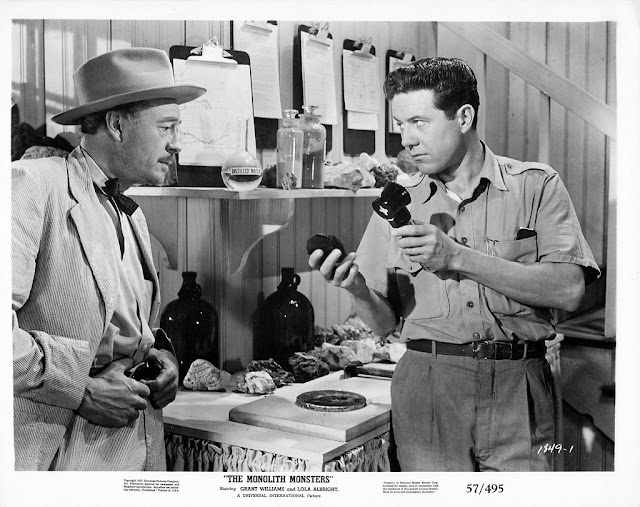