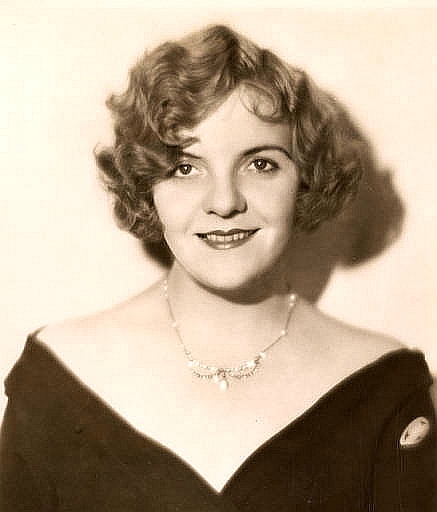 Winnie Lightner (September 17, 1899 – March 5, 1971) was an American stage and motion picture actress.[2] Perhaps best known as the gold-digging Mabel in Gold Diggers of Broadway (1929), Lightner was often typecast as a wise-cracking gold-digger and was known for her talents as a comedian and singer. She is also noted for introducing the song "Singin' in the Bathtub" in the 1929 motion picture The Show of Shows. 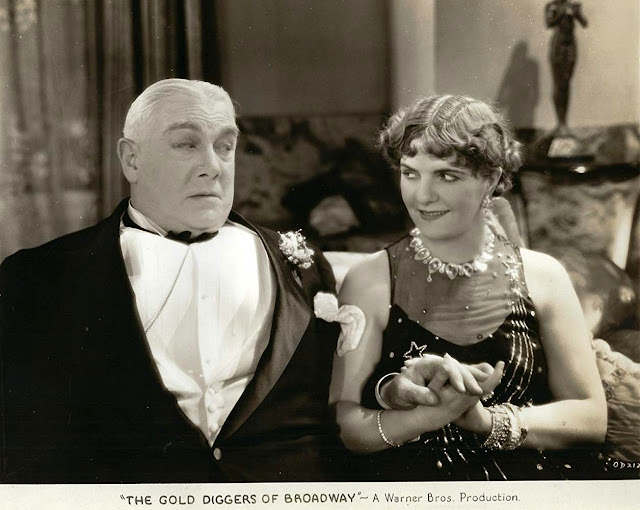 Born Winifred Josephine Reeves[3] was born in Greenport, Suffolk County, New York (on Long Island) but was raised in Manhattan's Hell's Kitchen by her aunt and uncle, Margaret and Andrew Hansen, and known as Winifred Hanson.[4][5] 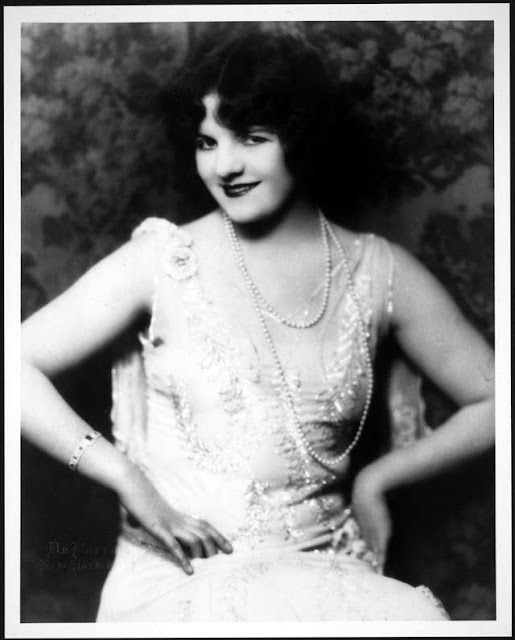 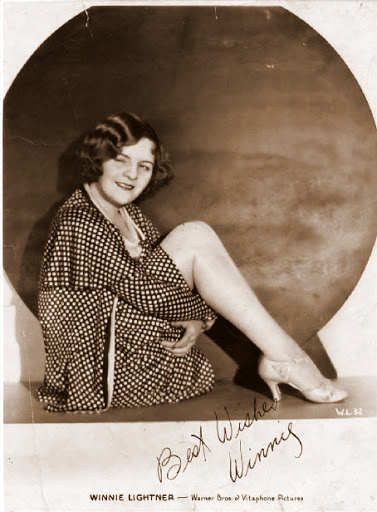 She was the first movie performer in history ever to be censored for what she said or sang on screen rather than for anything she did visually. In 1928, she made a Vitaphone short in which she sang "We Love It," "God Help a Sailor on a Night Like This," "That Brand New Model of Mine," and "We've Got a Lot to Learn." A censorship board in Pennsylvania held the release of the film because of the content of Lightner's songs. According to film historian Alexander Walker, "Warners asked the censors to merely pass judgment on the visuals – the censors refused." 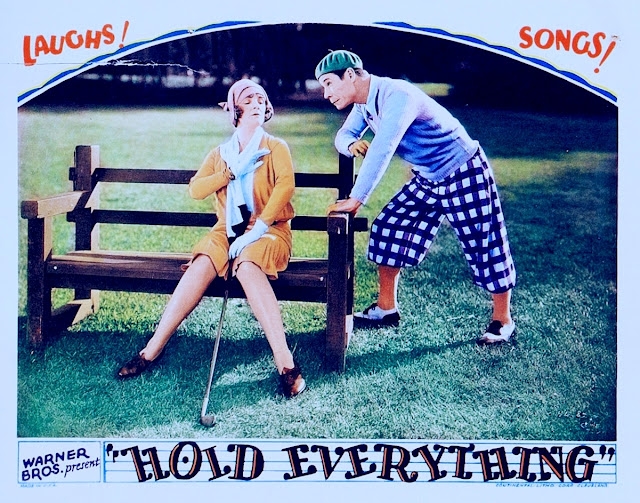 The musical Gold Diggers of Broadway was a 1929 triumph, and made her a star. Warner Bros. quickly signed her up for a number of musical comedies. The first of these was Hold Everything, a lavish all-Technicolor feature based on a Broadway hit. This was followed by She Couldn't Say No (1930), in which Lightner was cast in a maudlin dramatic role which did not suit her talents. The picture, consequently, was not very successful. 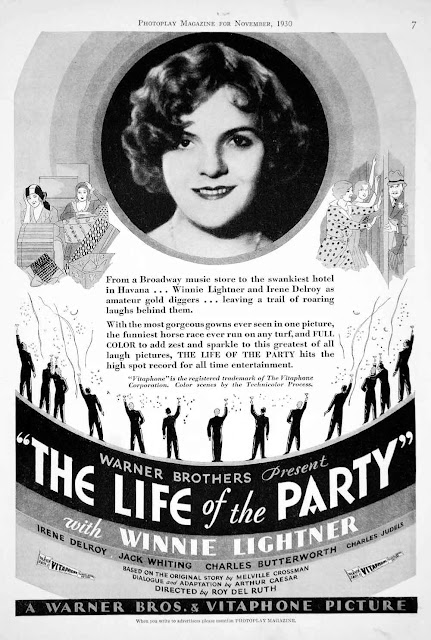 This was followed by another successful picture,The Life of the Party, which was also shot entirely in Technicolor and was an even bigger hit than Hold Everything. 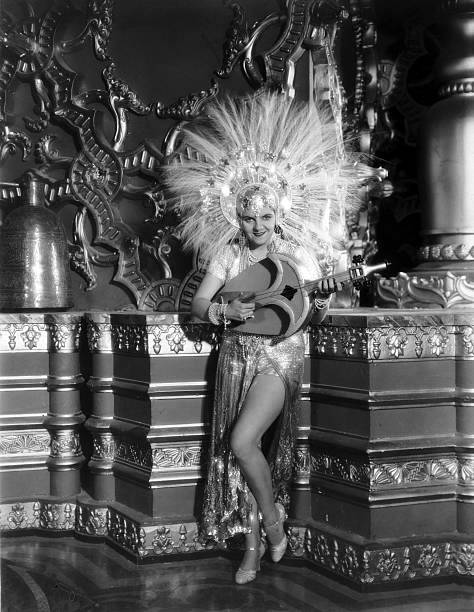 By the end of 1930 audiences had grown tired of musicals, while Lightner was in the process of shooting three musicals: Sit Tight (1931), Gold Dust Gertie (1931), and Manhattan Parade (1932). They were all released with most of the music cut. This was especially noticeable on Sit Tight and Manhattan Parade, on which even the background music was completely removed. 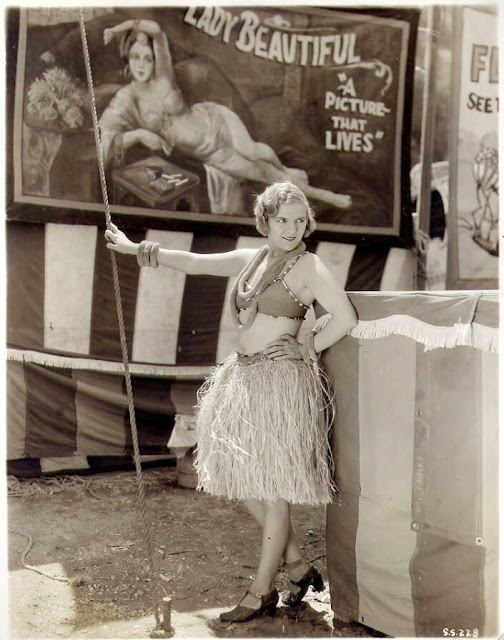 In response to the change in public taste, Warner Bros. decided to try another dramatic role for Lightner; the result was a picture called Side Show (1931) which proved to be unsuccessful. 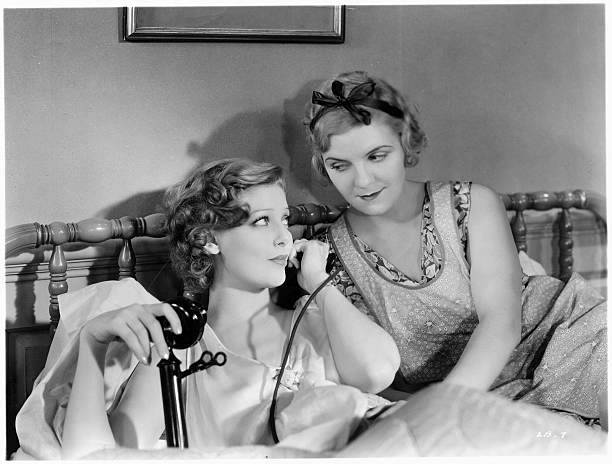 She appeared in two more comedies, in which she co-starred with Loretta Young – without songs – before she left Warner Bros. In the first of these, Play-Girl (1932), she was billed with her name above the title, but in the second, She Had to Say Yes (1933), Young received star billing. 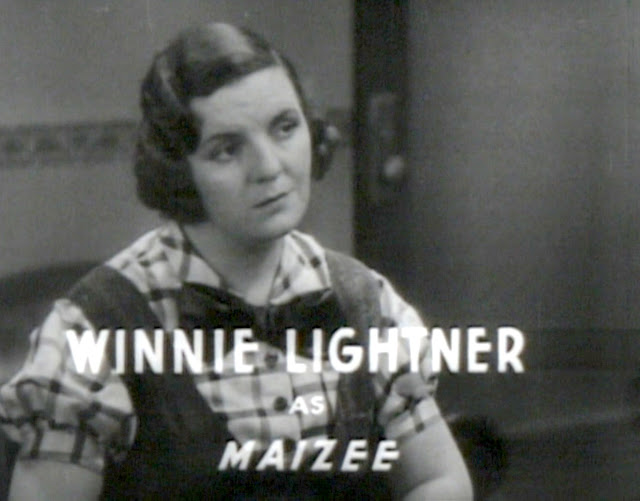 After this, Lightner left Warner Bros. to go freelance. She played as a supporting actor in two more features, for MGM and Columbia Pictures respectively, before retiring in 1934. 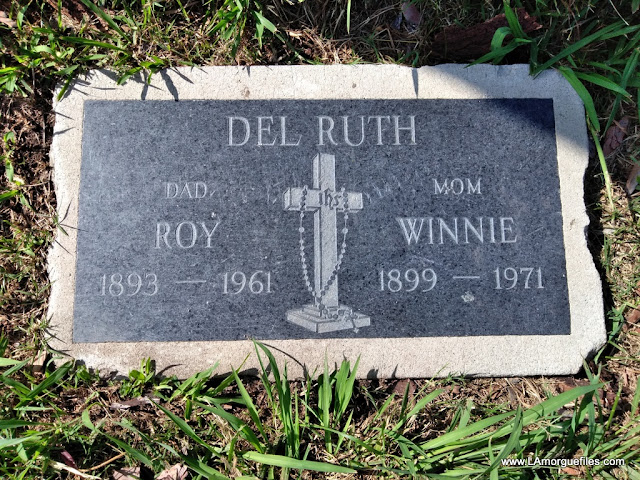 Lightner was the mother of multiple-Emmy-award-winning cinematographer Thomas Del Ruth and was married to film director Roy Del Ruth until his death in 1961[7]. She died in 1971, aged 71, and was interred in the San Fernando Mission Cemetery.[1] 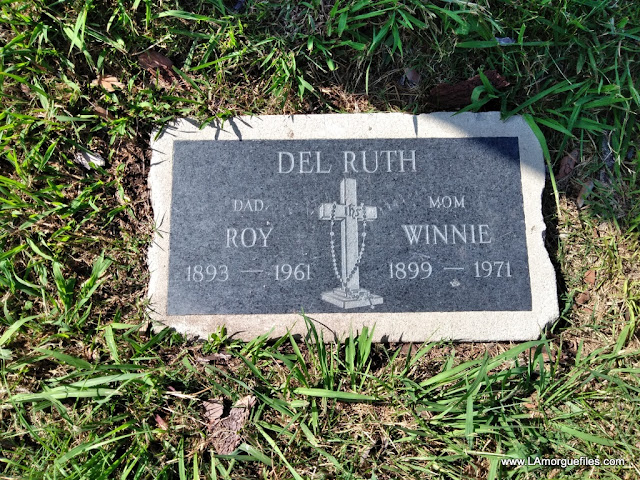 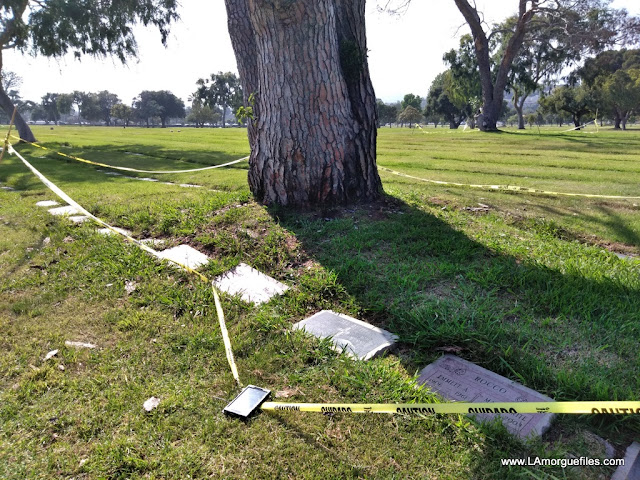 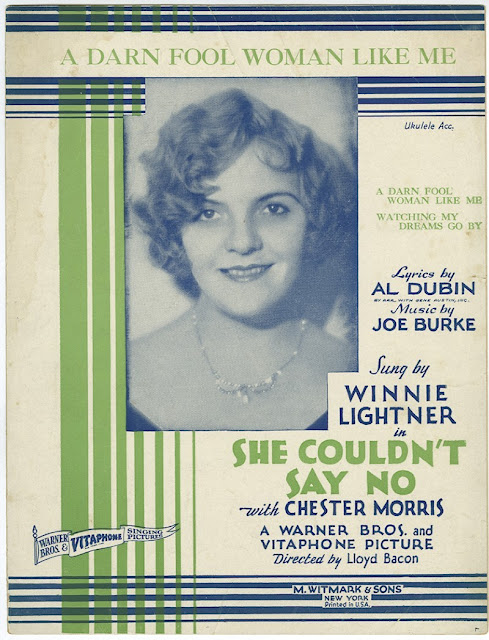 1930 She Couldn't Say No Winnie Harper 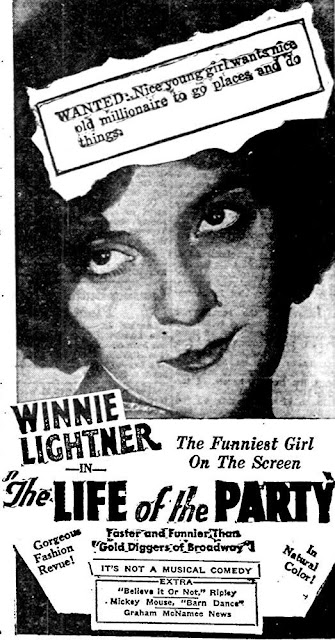 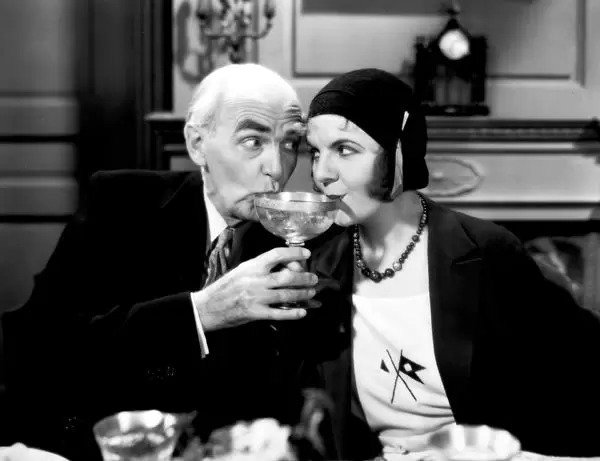 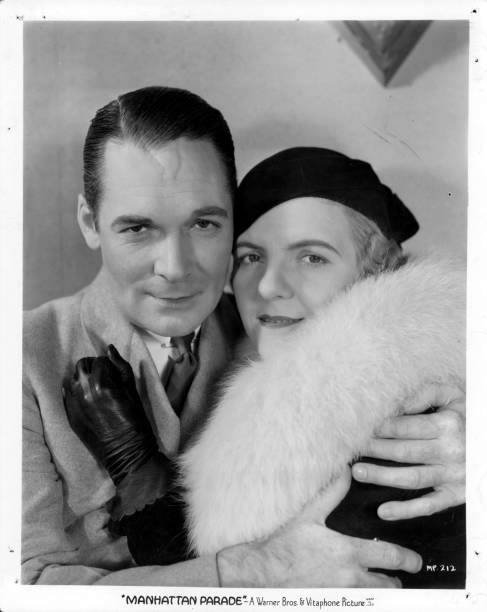 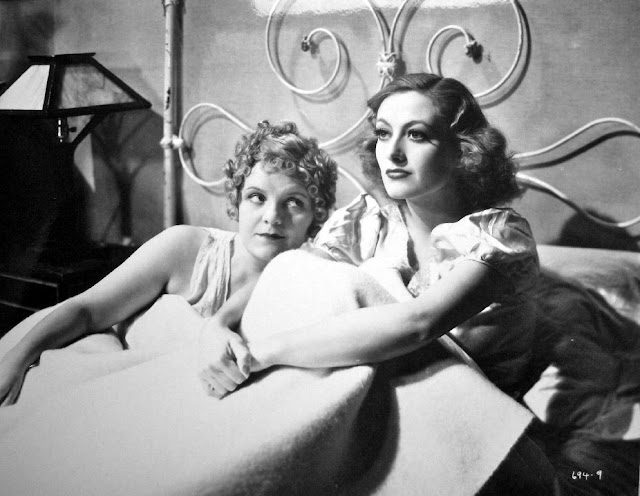 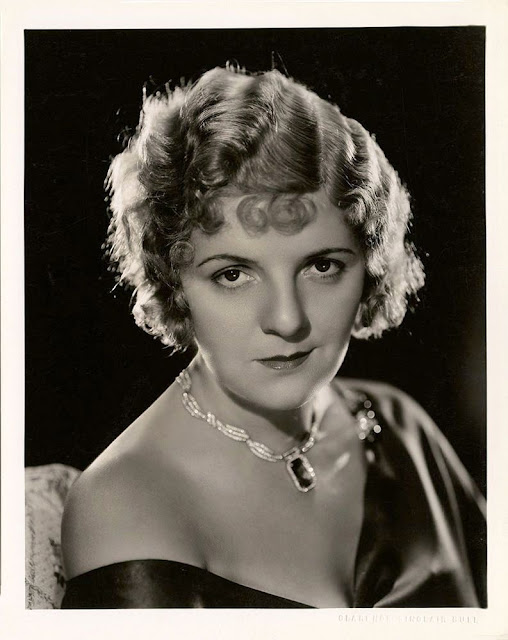 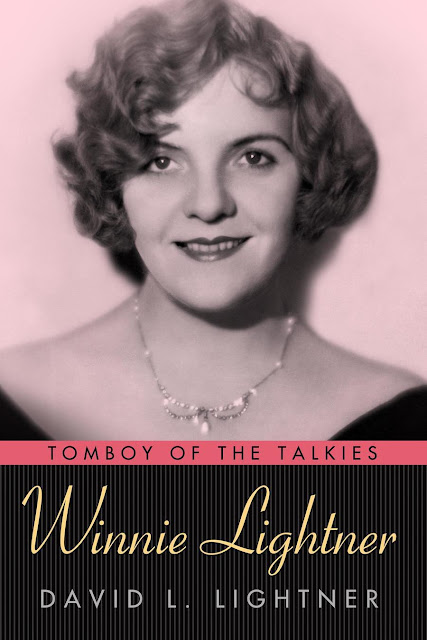 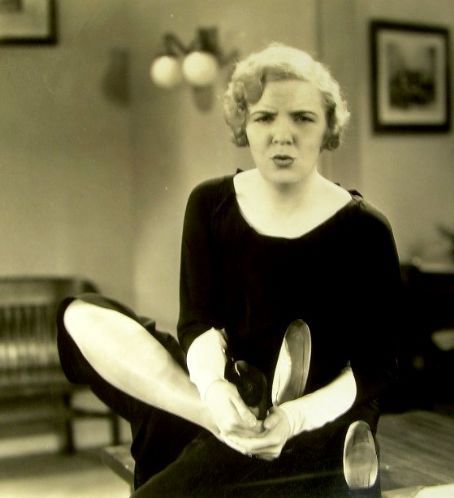