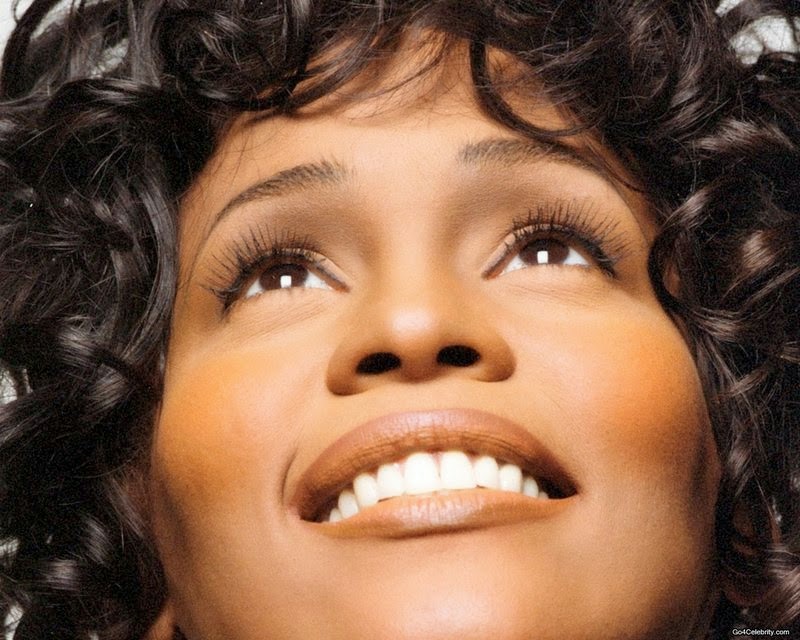 Whitney Elizabeth Houston (August 9, 1963 – February 11, 2012) was an American singer, actress, producer, and model. In 2009, Guinness World Records cited her as the most awarded female act of all time. 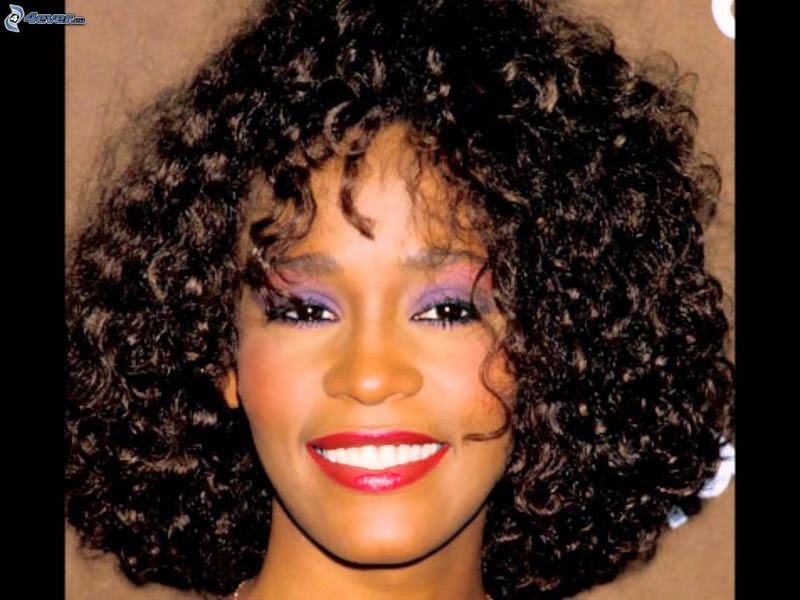 Houston is one of pop music's best-selling music artists of all-time, with an estimated 170-200 million records sold worldwide. She released six studio albums, one holiday album and three movie soundtrack albums, all of which have diamond, multi-platinum, platinum or gold certification. Houston's crossover appeal on the popular music charts, as well as her prominence on MTV, starting with her video for "How Will I Know," influenced several African American women artists who follow in her footsteps. 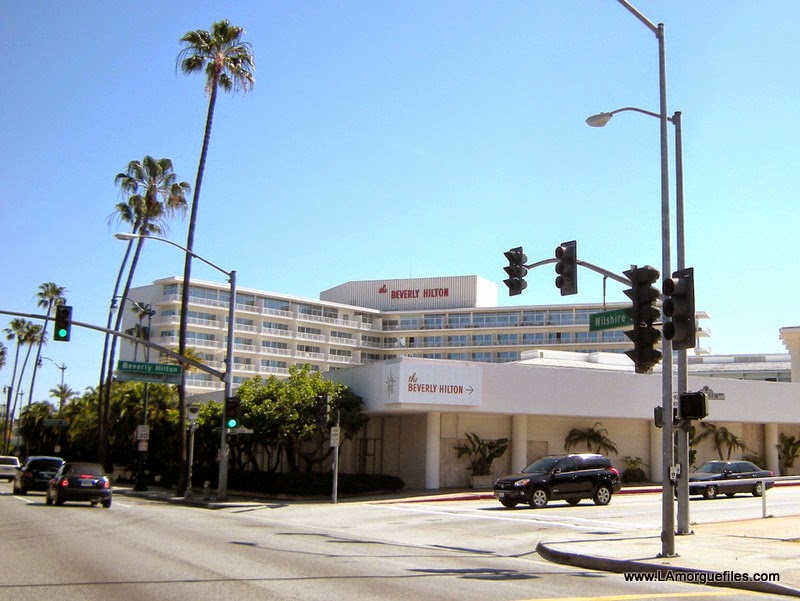 On February 9, 2012, Houston visited singers Brandy and Monica, together with Clive Davis, at their rehearsals for Davis' pre-Grammy Awards party at The Beverly Hilton hotel in Beverly Hills. That same day, she made her last public performance, when she joined Kelly Price on stage in Hollywood, California, and sang "Jesus Loves Me." 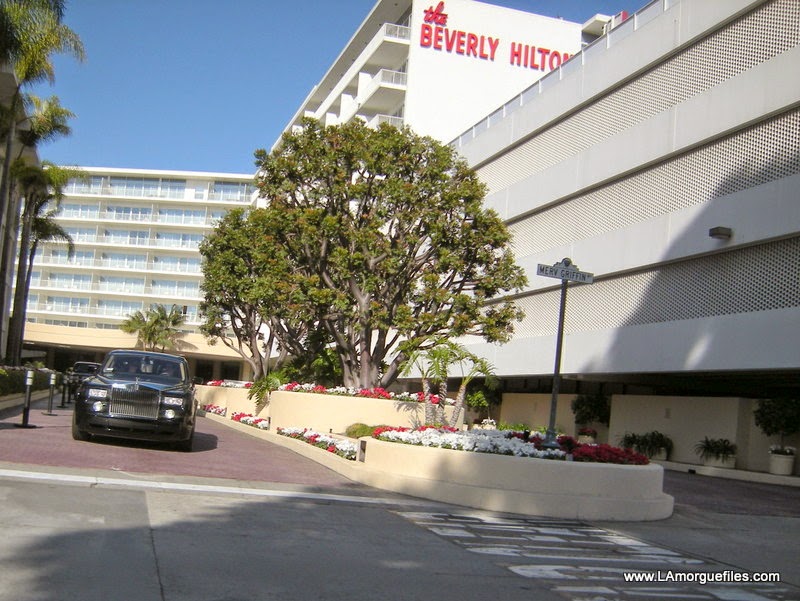 Two days later, on February 11, Houston was found unconscious in Suite 434 at the Beverly Hilton Hotel, submerged in the bathtub; she was later pronounced dead. The cause of death was not immediately known. It was later ruled by the coroner to have been an "accidental drowning." Beverly Hills paramedics arrived at approximately 3:30 p.m. and found the singer unresponsive and performed CPR. Houston was pronounced dead at 3:55 p.m. PST. Local police said there were "no obvious signs of criminal intent." On March 22, 2012, the Los Angeles County coroner's office reported the cause of Houston's death was drowning and the "effects of atherosclerotic heart disease and cocaine use." The office stated the amount of cocaine found in Houston's body indicated that she used the substance shortly before her death. Toxicology results revealed additional drugs in her system: Benadryl, Xanax, marijuana and Flexeril. The manner of death was listed as an "accident." 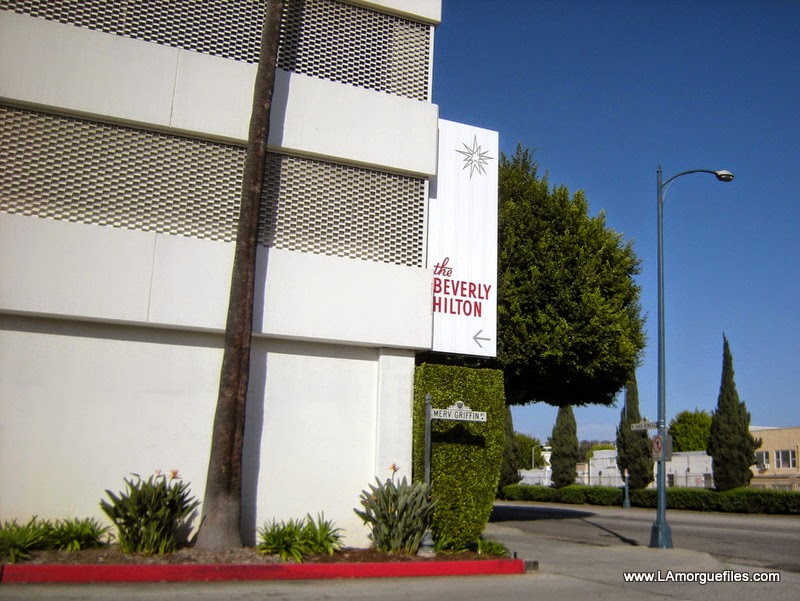 Houston had an invitation-only memorial on Saturday, February 18, 2012, at the New Hope Baptist Church in Newark, New Jersey. The service was scheduled for two hours, but lasted four. Among those who performed at the funeral were Stevie Wonder (rewritten version of "Ribbon in the Sky," and "Love's in Need of Love Today"), CeCe Winans ("Don't Cry," and "Jesus Loves Me"), Alicia Keys ("Send Me an Angel"), Kim Burrell (rewritten version of "A Change Is Gonna Come"), and R. Kelly ("I Look to You"). 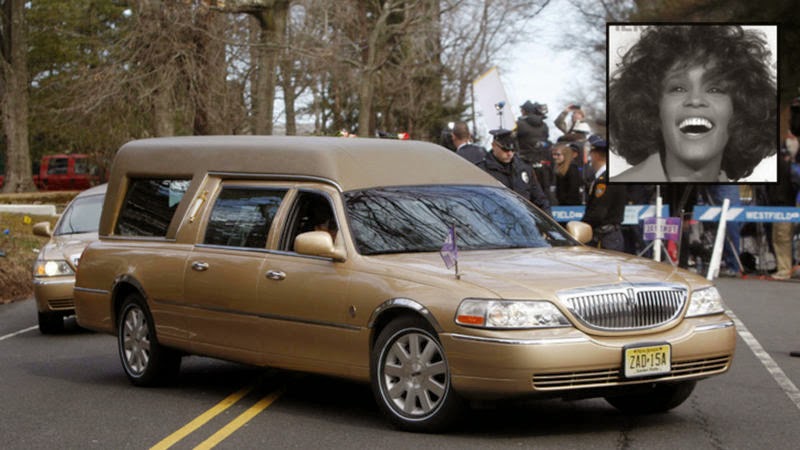 The performances were interspersed with hymns by the church choir and remarks by Clive Davis, Houston's record producer; Kevin Costner; Rickey Minor, her music director; her cousin, Dionne Warwick; and Ray Watson, her security guard for the past 11 years. Aretha Franklin was listed on the program and was expected to sing, but was unable to attend the service. Bobby Brown, Houston's ex-husband, was also invited to the funeral but he left before the service began. 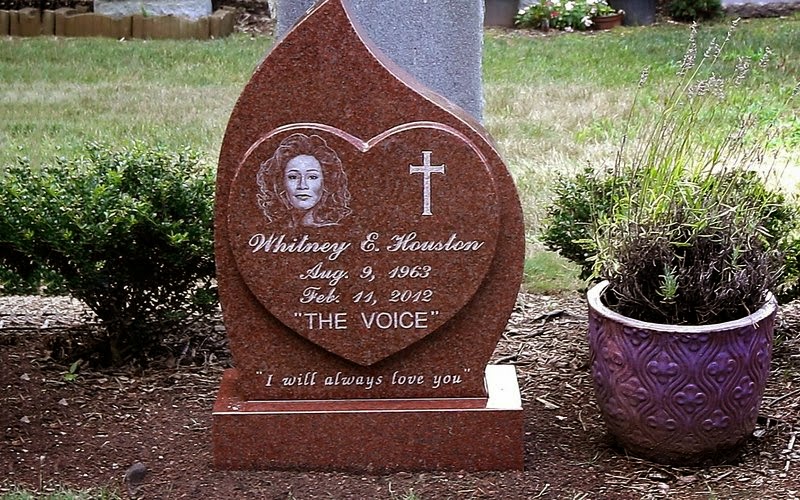 Houston was buried on Sunday, February 19, 2012, in Fairview Cemetery, in Westfield, New Jersey, next to her father, John Russell Houston, who died in 2003. In June 2012, the McDonald's Gospelfest in Newark became a tribute to Houston. 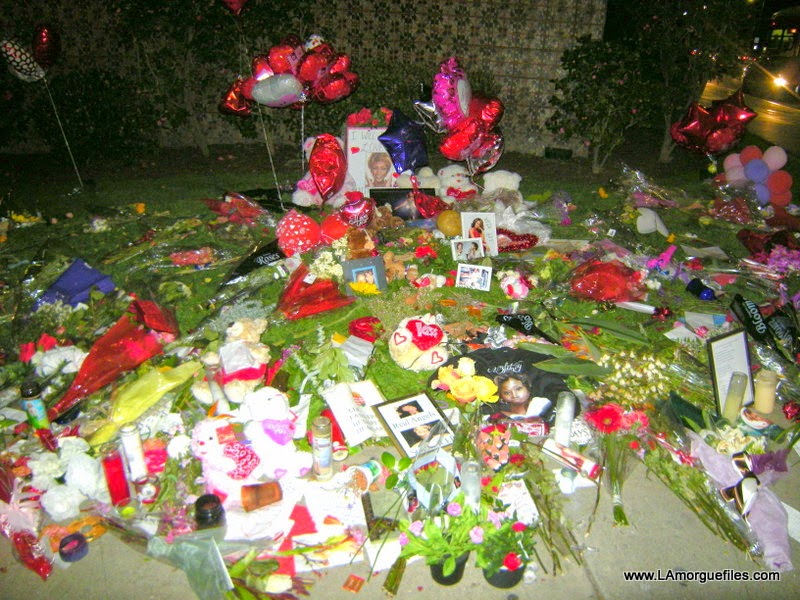 FAN MEMORIAL AT THE BEVERLY HILTON 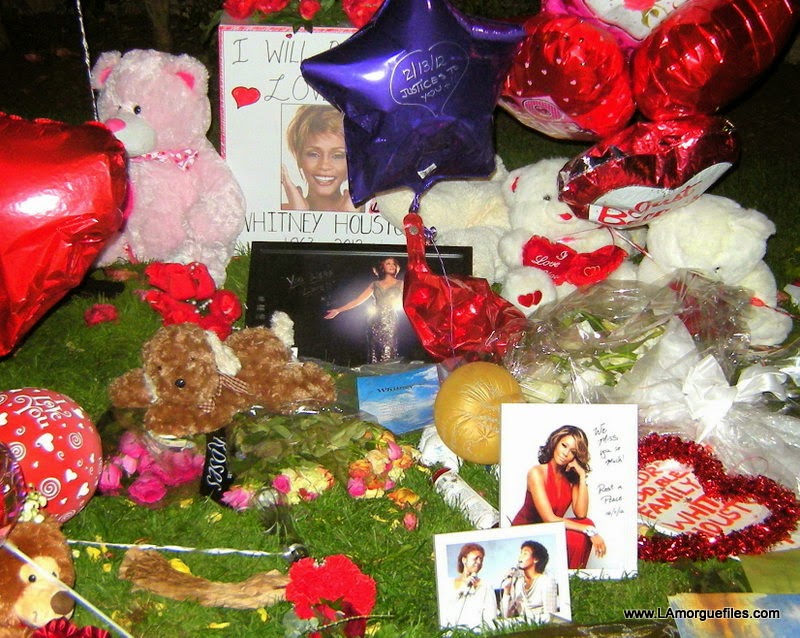 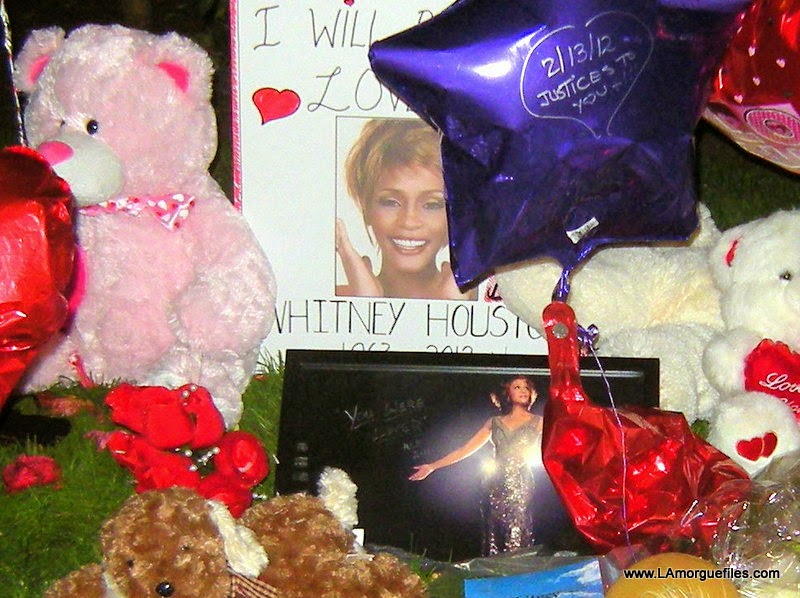 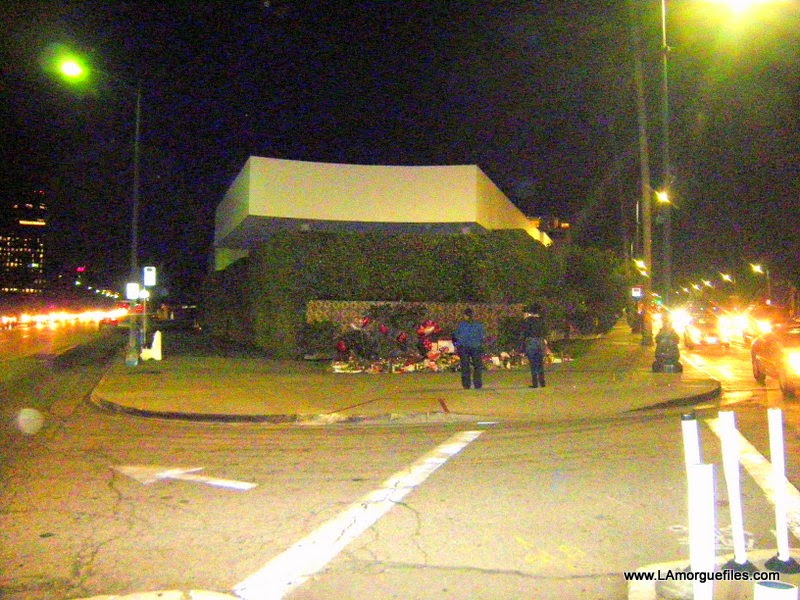