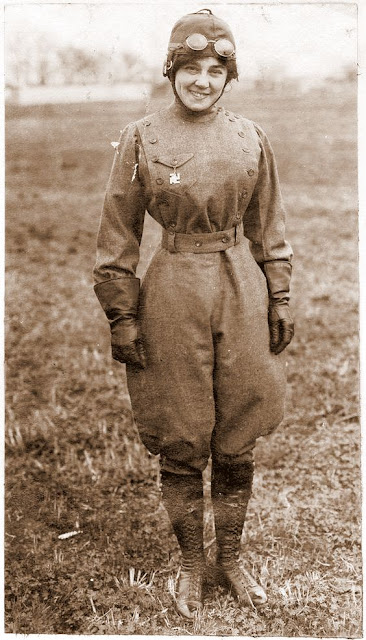 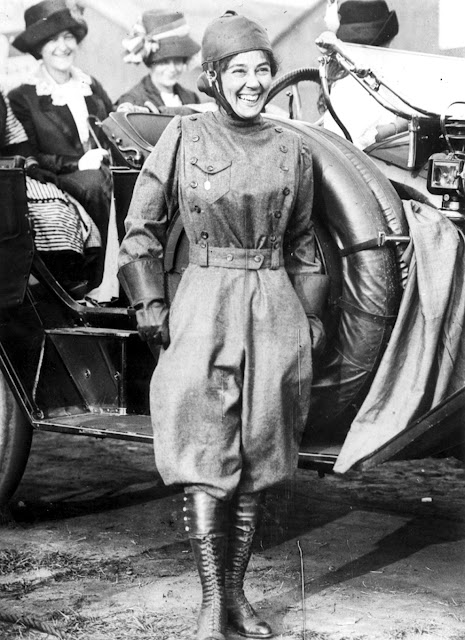 Moisant was born on September 13, 1878 in either Manteno, Illinois or Earl Park, Indiana[3][4] to Médore Moisant and Joséphine Fortier.[5] Both places exist in records, but her license from the Aero Club of America shows Earl Park. Both parents were French Canadians.[3] Her siblings include George, John, Annie M.,[4] Charles Alfred,[6] Louise J.[7] and Eunice Moisant. John and Alfred were also aviators.[8] In 1880, the family was living in Manteno, Illinois and her father was working as a farmer.[4][9] 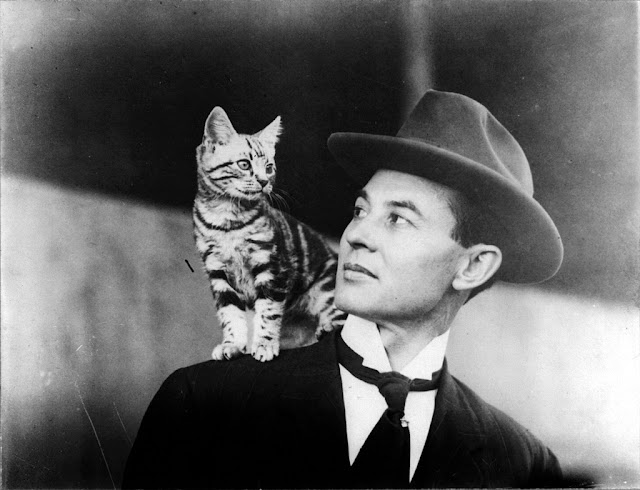 John B. Moisant and Mademoiselle Fifi

Moisant learned to fly at Alfred's Moisant Aviation School on Long Island, New York.[8] On August 17, 1911,[10] a few weeks after her friend Harriet Quimby received her pilot's certificate, Matilde Moisant became the second woman pilot certified by the Aero Club of America. She pursued a career in exhibition flying.[8] In September 1911, she flew in the air show at Nassau Boulevard airfield in Garden City, New York and, while competing against Hélène Dutrieu, Moisant broke the women's altitude world record and won the Rodman-Wanamaker trophy by flying to 1,200 feet (370 m).[8] 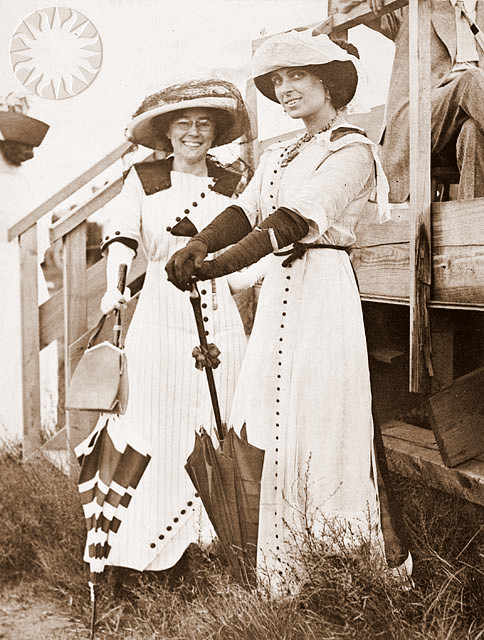 Matilde Moisant and Harriet Quimby Circa 1911-1912 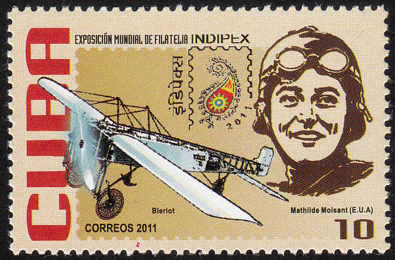 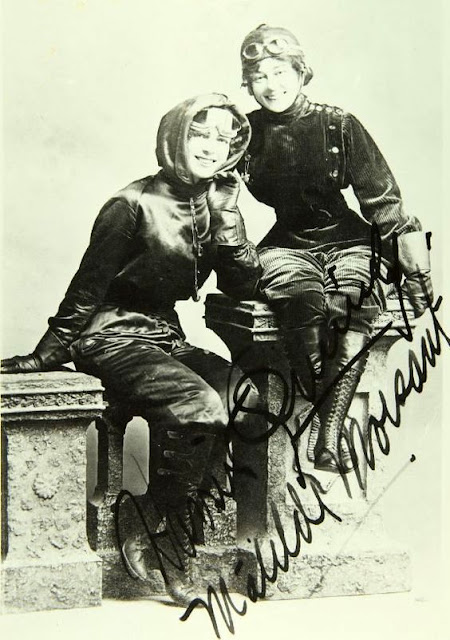 Moisant stopped flying on April 14, 1912 in Wichita Falls, Texas when her plane crashed[8] (the same day that the Titanic struck an iceberg).[11] A few months later on July 1, 1912, her friend Harriet Quimby was killed when she fell from her plane.[12] Although Moisant recovered from her injuries, she gave up flying. She spent several years dividing her time between the U.S. and the family plantation in El Salvador, before returning to the Los Angeles area.[13] 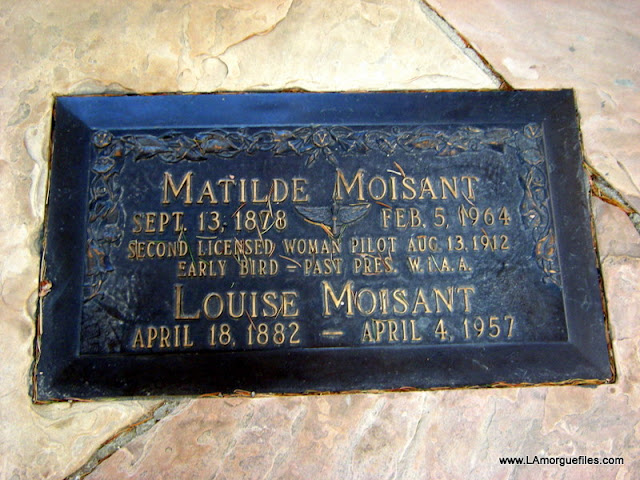 Matilde Moisant died in 1964 in Glendale, California, aged 85, and was interred in the Portal of Folded Wings Shrine to Aviation in Valhalla Memorial Park Cemetery, North Hollywood, Los Angeles, California.[1][14] 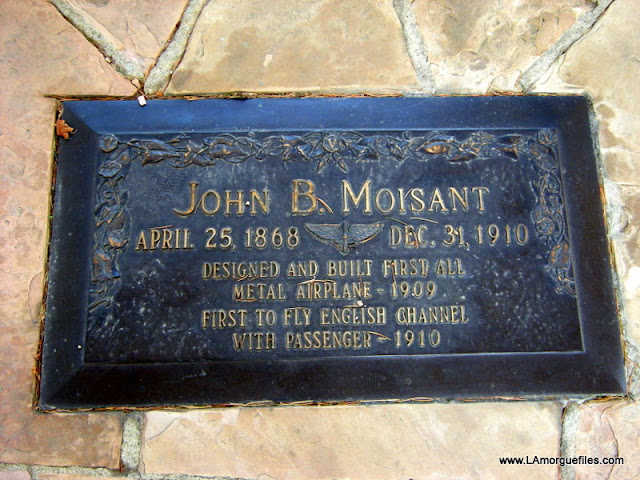 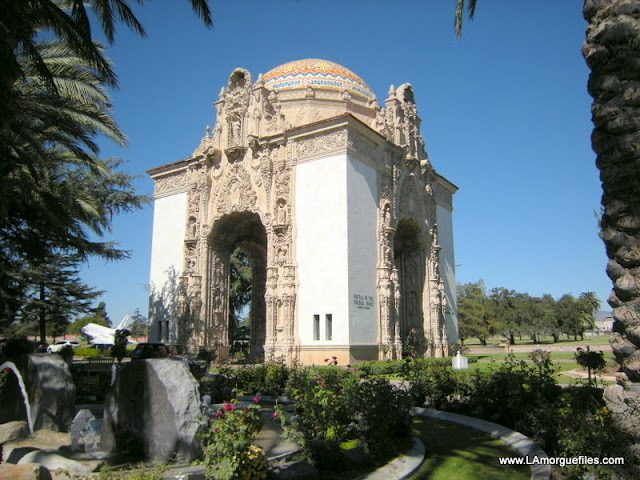 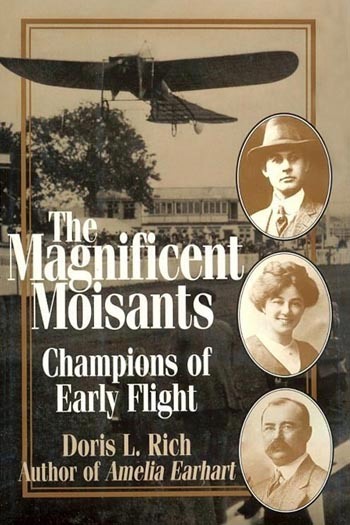 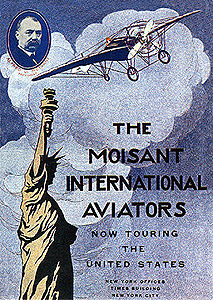 New York Times; May 11, 1911; pg. 6; "Woman in trousers daring aviator. Long Island Folk Discover That Miss Harriet Quimby Is Making Flights at Garden City. Garden City, Long Island; May 10, 1911. Rumors that there was a young woman aviator at the Moisant Aviation School here who made daily flights at 4:30 A.M. have brought many Garden City folk and townspeople from Hempstead and Mineola to the flying grounds here on several mornings. These early risers have seen a slender, youthful figure in aviation jacket and trousers of wool-backed satin, with ..."

New York Times; Oct 09, 1911; pg. 1; "Escapes sheriff in her aeroplane; Matilde Moisant Takes to the Air Before He Can Arrest Her. Matilde Moisant, who became America's most notable woman flier after seeing her brother, the late John B. Moisant, make his celebrated flight around the Statue of Liberty, narrowly missed being thrown into jail yesterday in Nassau County for going into the air in her monoplane on Sunday."