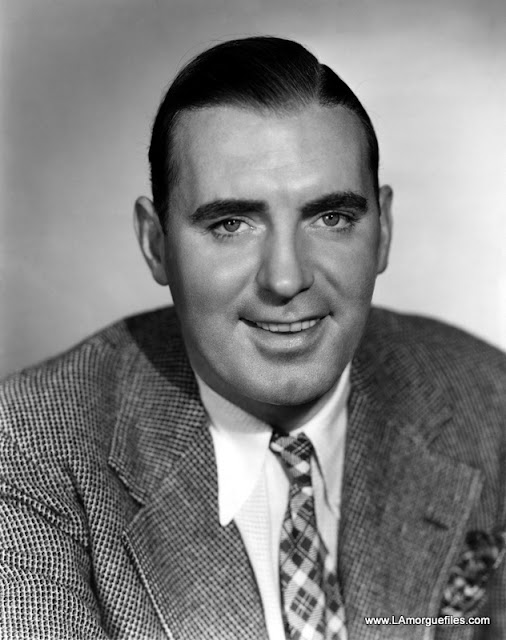 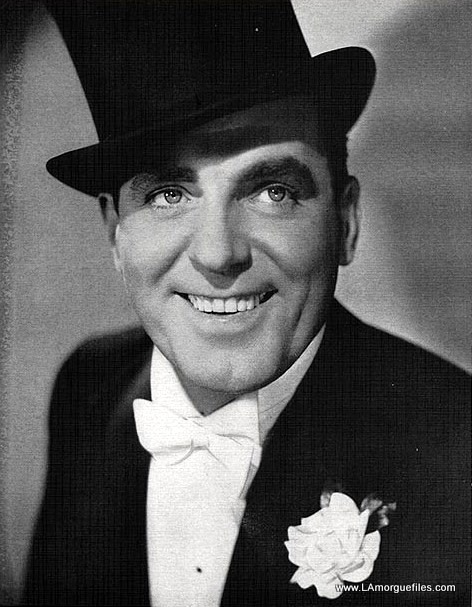 O’Brien was born William Joseph Patrick O’Brien to an Irish-American Catholic family in Milwaukee, Wisconsin. He served as an altar boy at Gesu Church while growing up near 13th and Clybourn streets. O’Brien attended Marquette Academy with fellow actor Spencer Tracy, and later attended Marquette University. Reportedly, he also served with Jack Benny at Great Lakes Naval Station during World War I. 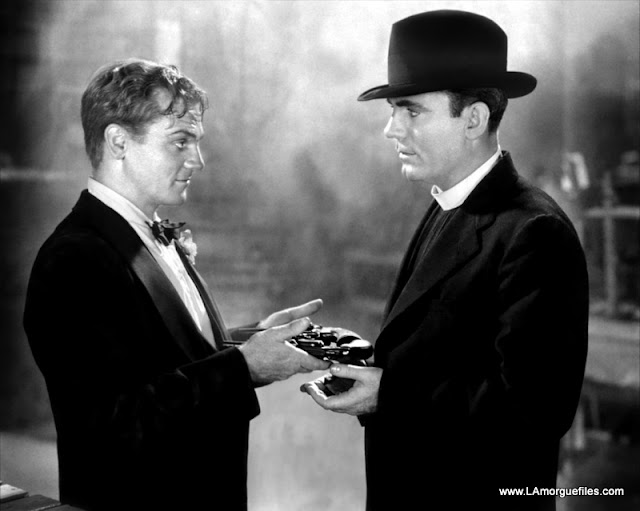 O’Brien appeared with James Cagney in nine feature films, including Angels with Dirty Faces (1938) and Cagney’s last film, Ragtime (1981). The two originally met in 1926 and became lifelong friends. O'Brien began appearing in movies (many times playing Irish cops or priests) in the 1930s, starting with the role of ace reporter Hildy Johnson in the original version of The Front Page in 1931. He appeared in the successful 1946 suspense film, Crack-Up, and played the lead in the boxing film, The Personality Kid. 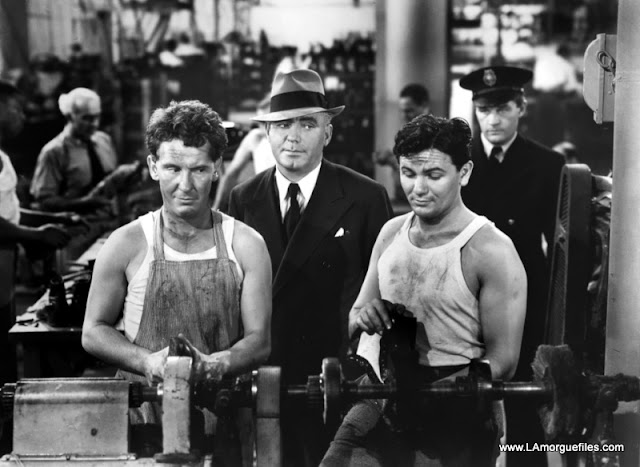 O’Brien may be best remembered for his role as a police detective opposite George Raft in Some Like It Hot and the title role of a football coach in Knute Rockne, All American (1940), where he gave the speech to “win just one for the Gipper,” referring to recently deceased football player, George Gipp, portrayed in the film by a young Ronald W. Reagan. 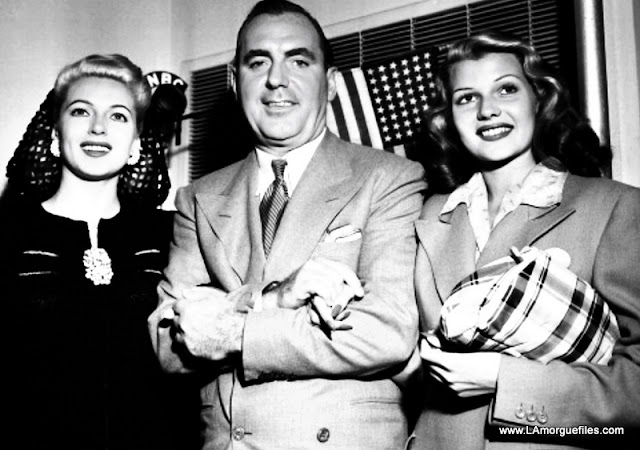 O’Brien’s movie career more or less ended in the early 1950s. He still managed to get work in television; O’Brien later claimed to be completely flummoxed about this in his autobiography The Wind At My Back. His close friend, Spencer Tracy, had to fight the studio to get a small role for O’Brien in Tracy’s film The Last Hurrah in 1958. On April 4, 1957, he guest starred in the first season of the NBC variety program, The Ford Show, Starring Tennessee Ernie Ford. In the 1960—1961 television season, O’Brien joined Roger Perry in the 34-episode ABCsitcom, Harrigan and Son, about a father-and-son team of lawyers. 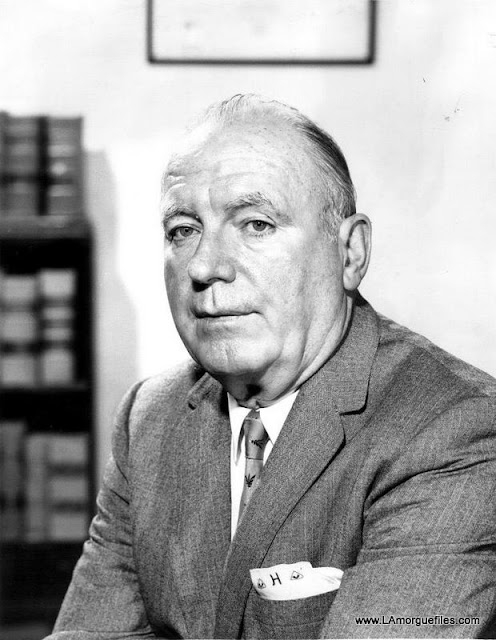 O’Brien had a small role as Burt Reynolds’ father in the 1978 comedy film The End, opposite Myrna Loy, who played Reynolds’ mother. O’Brien and his wife had four children: Sean, Terry, Brigid, and Mavourneen. Three of his four children were adopted. 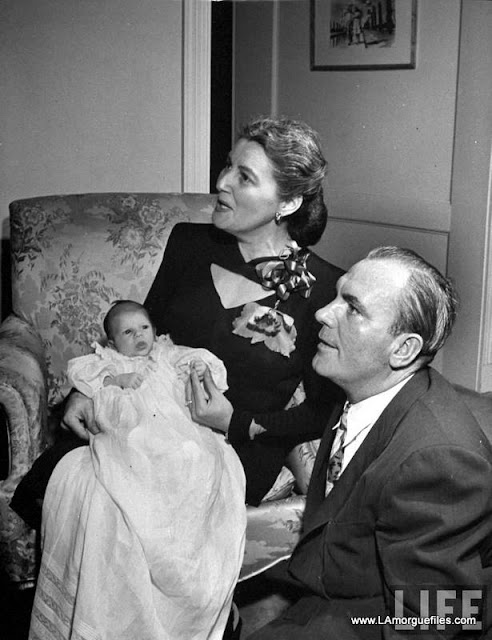 Pat O’Brien died on October 15, 1983 from a heart attack, aged 83. He is buried at Holy Cross Cemetery in Culver City, California. 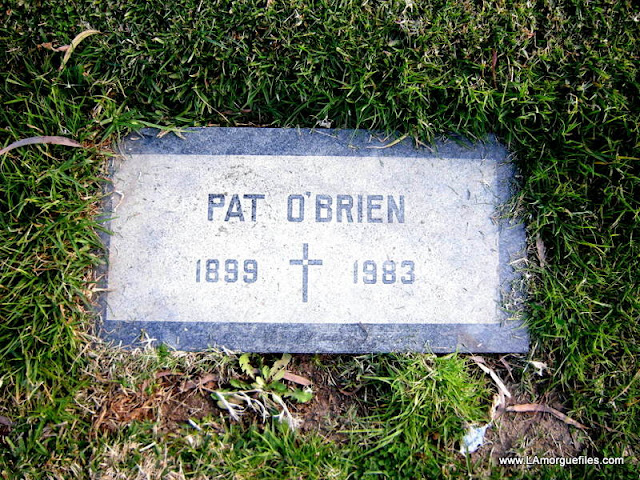