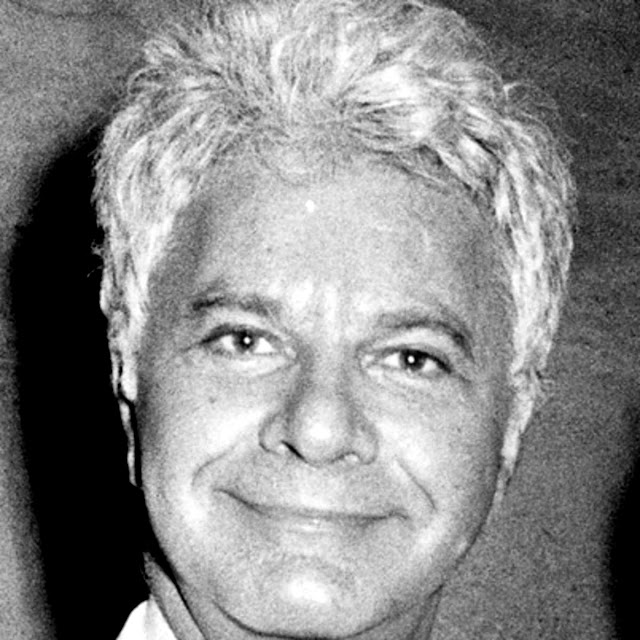 Dick Shawn (December 1, 1923 – April 17, 1987) was an American actor and comedian. He played a wide variety of supporting roles and was a prolific character actor. He was well known during the 1960s for small but iconic roles in madcap comedies, usually portraying caricatures of counter culture personalities, such as the deadbeat son in It's a Mad, Mad, Mad, Mad World and the hippie actor L.S.D. in The Producers. 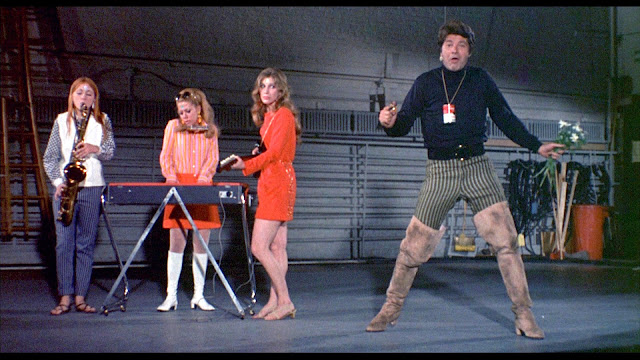 Shawn was born Richard Schulefand in Buffalo, New York and raised in adjacent Lackawanna. The best remembered roles of his career are the hot-headed Sylvester Marcus, son of Mrs. Marcus (Ethel Merman), in Stanley Kramer's It's a Mad, Mad, Mad, Mad World (1963) and easygoing Lorenzo St. DuBois/Adolf Hitler in the musical Springtime for Hitler, the play within Mel Brooks's movie The Producers (1968). He also provided the Snow Miser's voice in The Year Without a Santa Claus. 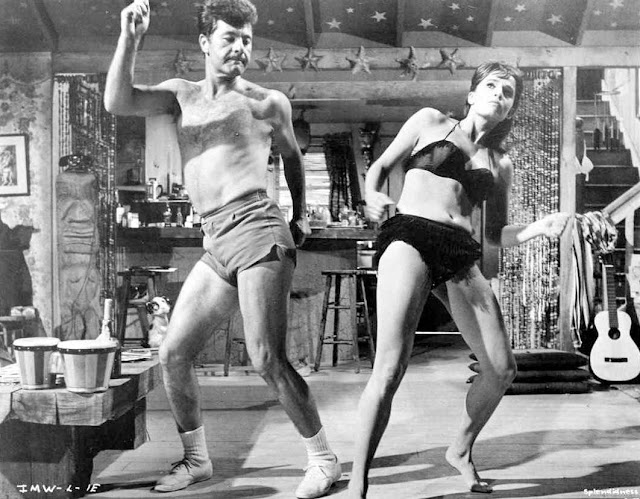 He had continued success with his stand-up comedy act that he successfully performed for over 35 years in nightclubs around the world. His award-winning one-man stage show, The Second Greatest Entertainer in the Whole Wide World, was sometimes performed with a unique opening. When the audience entered the theater, they saw a bare stage with a pile of bricks in stage center. When the play began, Shawn emerged from the pile of bricks. The startling effect of this required complete concentration and breath control because the slightest movement of the bricks could ruin the surprise appearance. 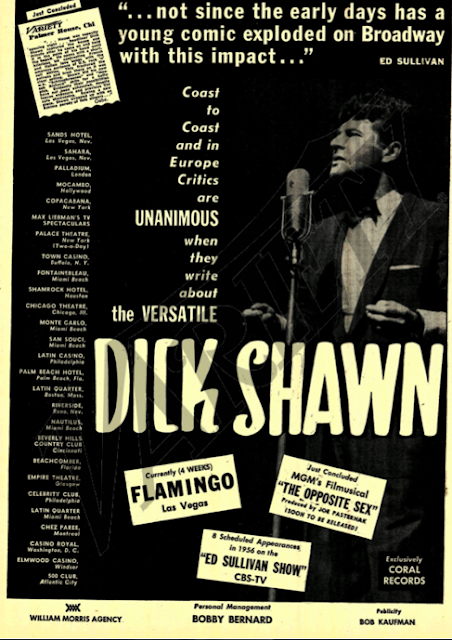 In addition to roles in more than 30 movies and seven Broadway productions, Shawn made numerous television appearances, toured often, and periodically performed a one-man show that mixed songs, sketches, and pantomime. He was a frequent speaker at the infamous Friars Club Roasts in Los Angeles and New York. At one of the X-rated roasts (a 1986 Playboy roast of Tommy Chong) that had overdosed on tasteless routines by previous speakers, Shawn walked up to the microphone, took a long pause, and "vomited" pea soup onto himself and other speakers at the dais. 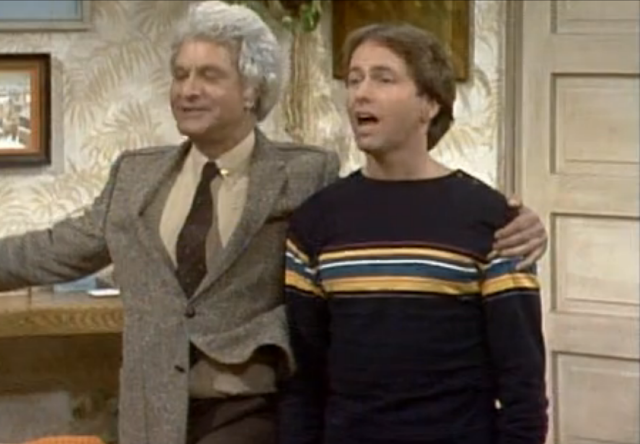 His many TV appearances included The Ed Sullivan Show, TV movies, sitcoms (including Three's Company on which he played John Ritter's father), dramas including St. Elsewhere and Magnum, P.I., and a music video for "Dance" by the hair metal band Ratt (1986). Among his roles in anthology TV series, he starred in an Amazing Stories episode "Miss Stardust," directed by Tobe Hooper, about a bizarre intergalactic beauty pageant,[1] and played the Emperor in The Emperor's New Clothes in Shelley Duvall's Faerie Tale Theatre. 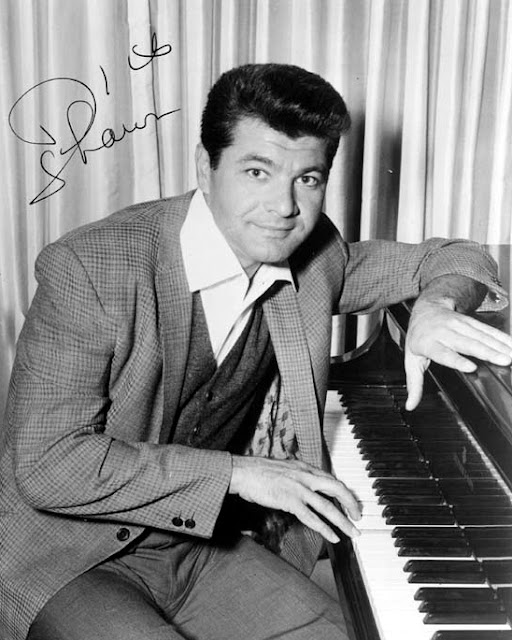 Shawn was married to Rita Bachner in 1946, and they had four children: Amy, Wendy (married to John Travolta's older brother Joey Travolta), Adam, and Jennifer. He had one grandchild, Rachel Travolta. He was a longtime resident of Englewood, New Jersey.[2]

On April 17, 1987, Shawn died while performing at University of California, San Diego's Mandeville Hall. When he collapsed face down on the stage, the audience thought it was part of his act unaware that he had actually suffered an acute heart attack. During his final comedy routine, Shawn portrayed a politician reciting campaign clichés including: "If elected, I will not lay down on the job."

After five minutes of the actor lying motionless on the stage, during which time there had been catcalls like "take his wallet," a stage hand came on, examined Shawn, stood up and asked: "Is there a doctor in the house?" Another person appeared, turned him over, and began administering CPR. 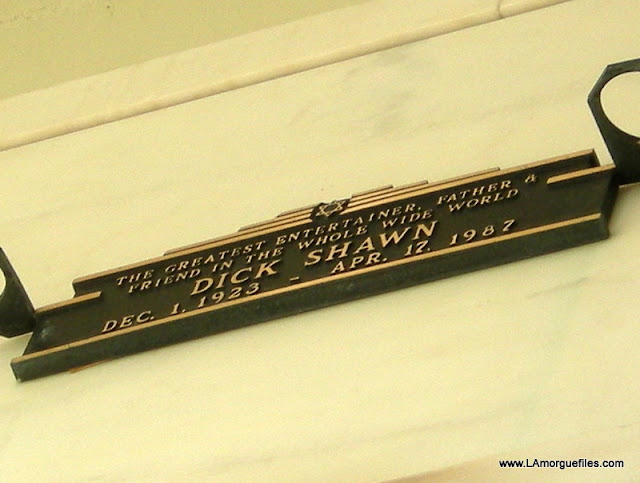 The audience was asked to leave the auditorium, but almost no one left since many thought it was all part of Shawn's act. Bewildered audience members only began leaving - still unsure of what they had witnessed - after paramedics arrived.[3] A notice in the following day's San Diego Union newspaper clarified that Shawn had indeed died during the performance.[4] Dick Shawn was 63. He is laid to rest in Hillside Memorial Park Cemetery, in Culver City, California. 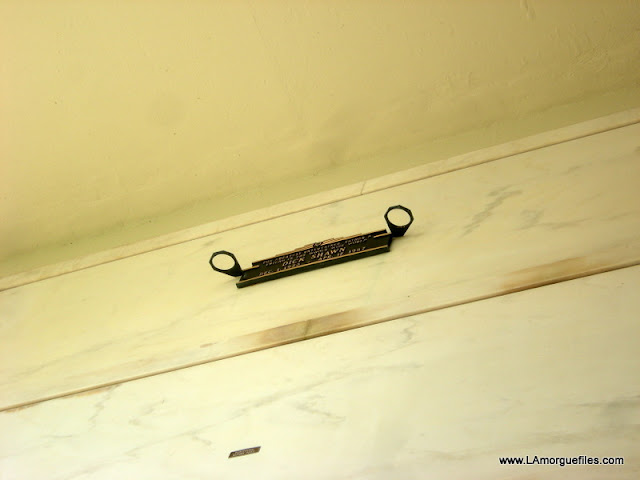 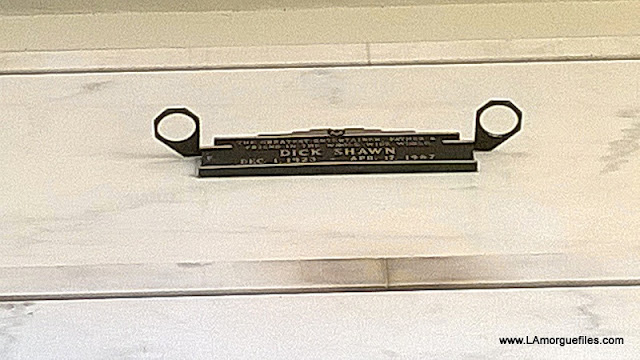 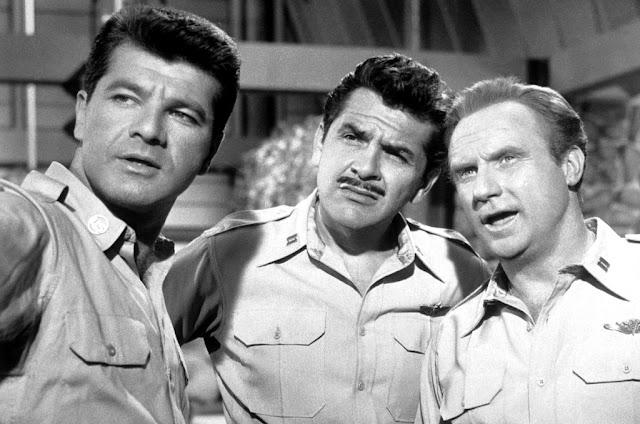 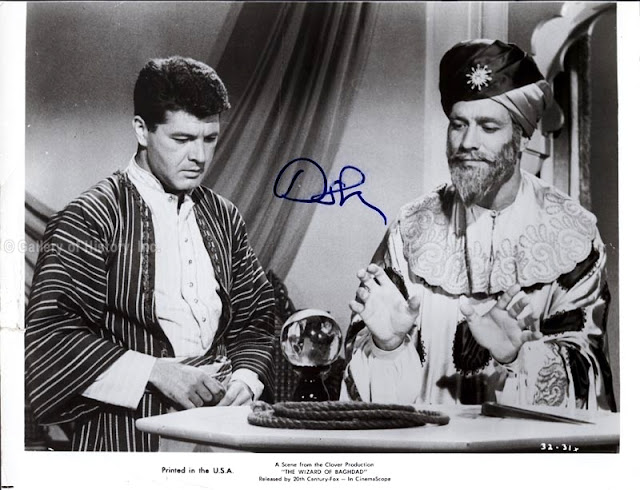 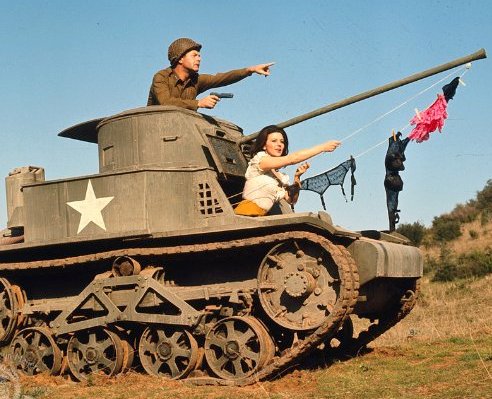 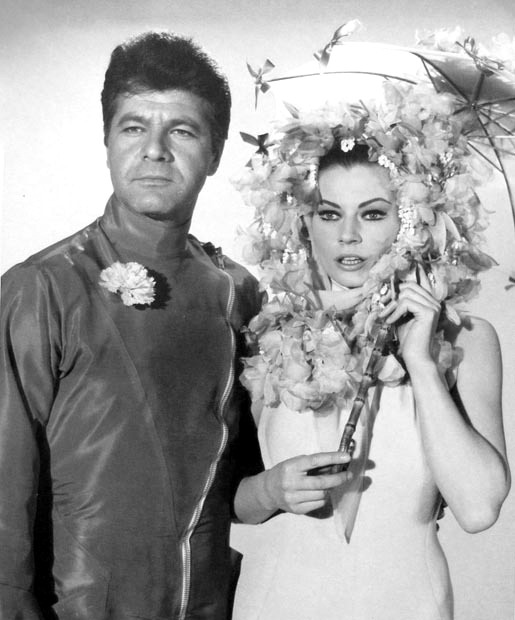 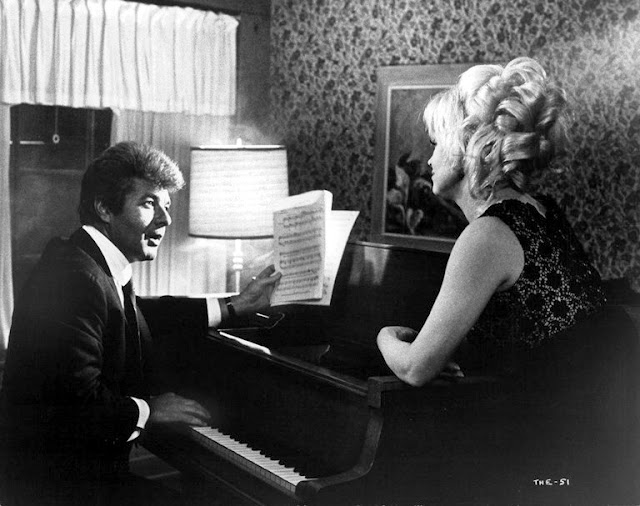 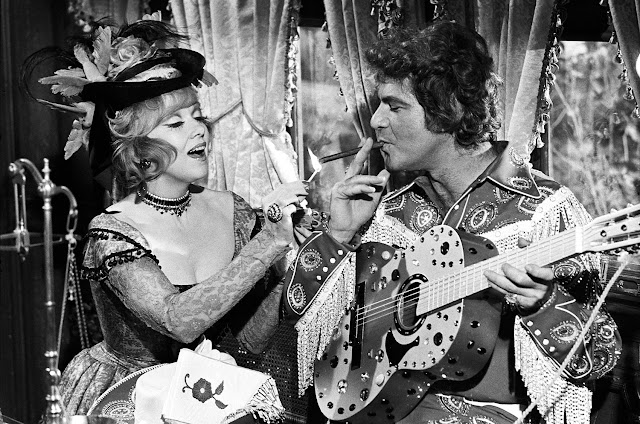 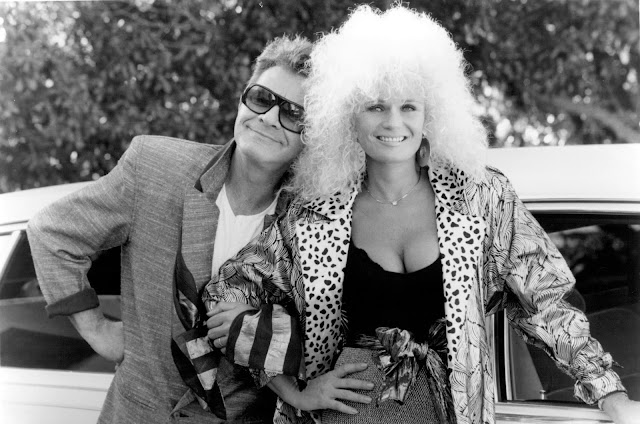 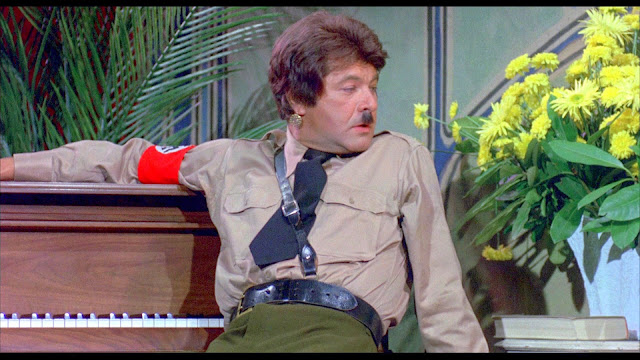