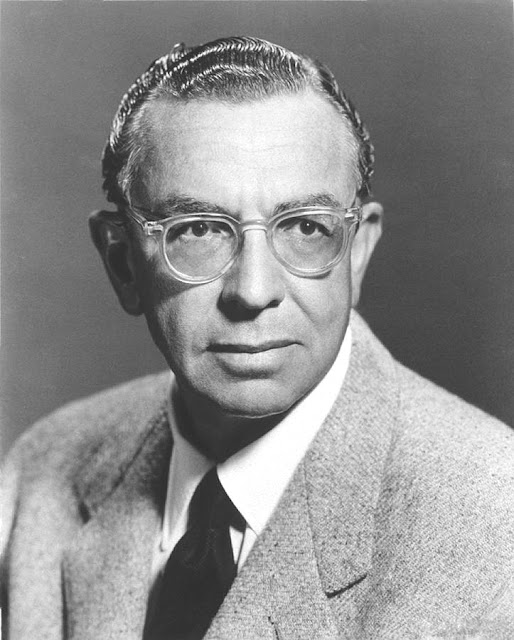 William B. "Bill" Goetz (March 24, 1903 – August 15, 1969) was an American film producer and studio executive. Goetz was one of the founders of Twentieth Century Pictures, later renamed 20th Century Fox. He served as Fox's vice president and later became the head of production at Universal-International.

Born to a Jewish working-class family in Philadelphia, Pennsylvania, Goetz was the youngest of eight children.[1] His mother died when he was ten years old and shortly thereafter his father abandoned the family. Raised by older brothers, at the age of twenty-one he followed some of his brothers to Hollywood where he found work as a crew hand at one of the large studios. After a few years, he began doing production work and in 1930 was made an associate producer at Fox Films.

In 1932, Goetz received the financial support necessary from his new father-in-law, Louis B. Mayer, to become a minor partner with Joseph Schenck, the former president of United Artists, and Darryl F. Zanuck from Warner Bros. to create Twentieth Century Pictures.[2] Zanuck was named president and Goetz served as vice-president.[3] Successful from the very beginning, their 1934 film The House of Rothschild was nominated for Academy Award for Best Picture. In 1935, Twentieth Century bought out the financially strapped Fox Films to create 20th Century Fox.

Goetz served as vice president of the new 20th Century Fox, but in 1942 he took charge of the studio temporarily when Zanuck, a World War I veteran, joined the United States military effort in the Second World War. Goetz liked the top role in the company and after Zanuck returned, relationships became strained.

In 1943 Goetz resigned to form his own independent company with Leo Spitz,[4] a former lawyer who worked as a movie company advisor. Their partnership, International Pictures, ended its short-lived existence when they made a deal in July 1946 to merge with the British Rank Organization's distribution arm and Universal Pictures. Goetz was made president and placed in charge of production for the newly merged Universal-International studio.[3]

Although one of the studio executives who formulated the 1947 Waldorf Statement, Goetz later softened his stand on the issue. In 1949, Goetz called upon his close friendship with MCA head Lew Wasserman, one of the most powerful agents in Hollywood. They revolutionized the motion picture industry when they agreed to a deal whereby James Stewart was signed to a profit participation deal to act in a Universal film. In lieu of a salary for his performance, Stewart was guaranteed half of the film's profits, and the concept was soon negotiated for other stars who recognized the value of their own box office drawing power. Universal-International was acquired by Decca Records in late 1951, and Goetz was replaced by Edward Muhl in 1953. After leaving Universal, Goetz became an independent producer, making films such as 1957's Sayonara, which was also nominated for an Academy Award for Best Picture. 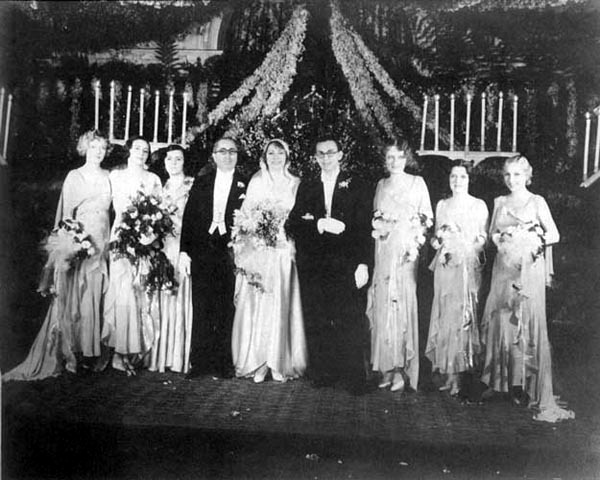 In March 1930, Goetz married Edith Mayer (1905–1988), daughter of Metro-Goldwyn-Mayer studio head Louis B. Mayer – who at first was less than enthusiastic at the idea.[5] The couple had two daughters, Judith and Barbara.[6] Goetz and Mayer remained married until his death in 1969.[7] 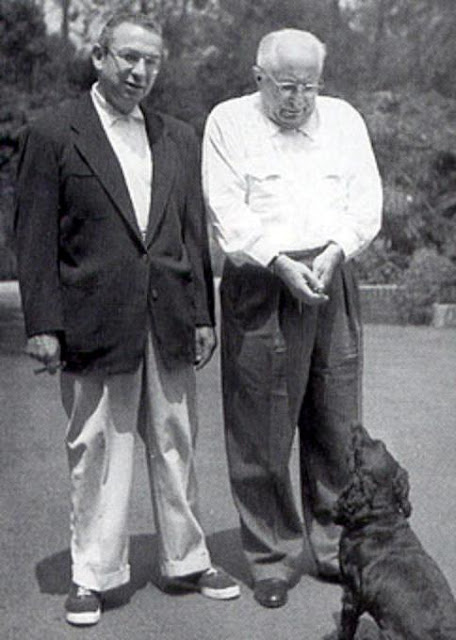 Goetz was a liberal Democrat and enthusiastically campaigned for Adlai Stevenson II in 1952 presidential election. Goetz angered his Republican Party father-in-law Louis B. Mayer when he announced plans to host a party for Stevenson at the Beverly Hills Hotel. Mayer was further angered when he learned that the party was to be co-hosted by film executive Dore Schary, the man with whom Mayer had worked with (and often fought with) at Metro-Goldwyn-Mayer and who replaced Mayer as the head of M-G-M in 1956. Although Mayer adored his daughter Edith, he had a difficult relationship with Goetz. This episode further strained their relationship and Mayer never spoke to his son-in-law again.[10][11] 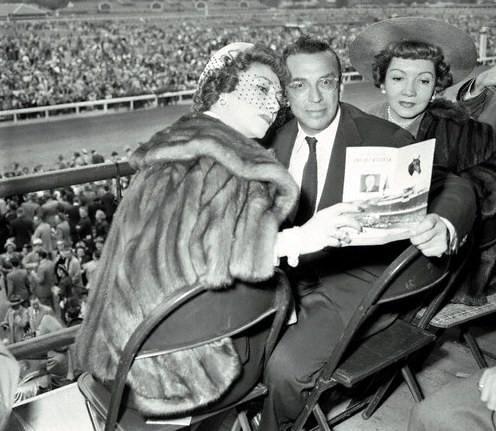 A very wealthy man, Goetz raised thoroughbred racehorses. His horse Your Host won the 1950 Santa Anita Derby and subsequently sired Kelso, a Hall of Fame inductee and one of the greatest horses in racing history. 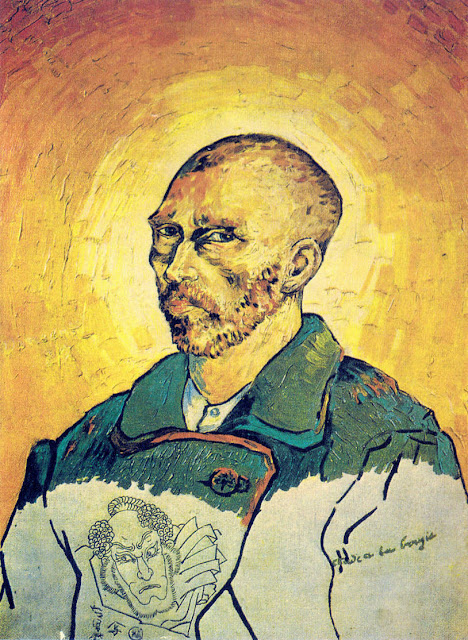 Goetz and his wife also were major investors in art, acquiring a significant collection of impressionist and post-impressionist works. They owned paintings and sculptures by great artists such as Edgar Degas, Paul Gauguin, Claude Monet, Paul Cézanne, Berthe Morisot, Édouard Manet, Pierre-Auguste Renoir, Pablo Picasso, Amedeo Modigliani, Chaim Soutine, Pierre Bonnard, Jean-Baptiste-Camille Corot, and Henri Fantin-Latour. In 1949, a controversy erupted over a Vincent van Gogh self-portrait called "Study by Candlelight" that Goetz had purchased two years earlier. The painting was declared a fake by art expert Willem Sandberg and the artist's nephew, V. W. van Gogh, resulting in an international debate amongst art experts. The painting remained controversial and was not put up for auction with the rest of the Goetz collection following Edith Goetz's death in 1987. The painting was exhibited April 13–25, 2013, in the Nevada Museum of Art in Reno.[12][13] 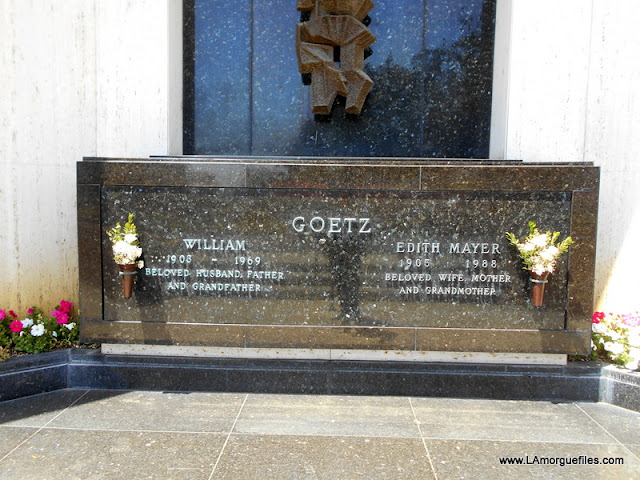 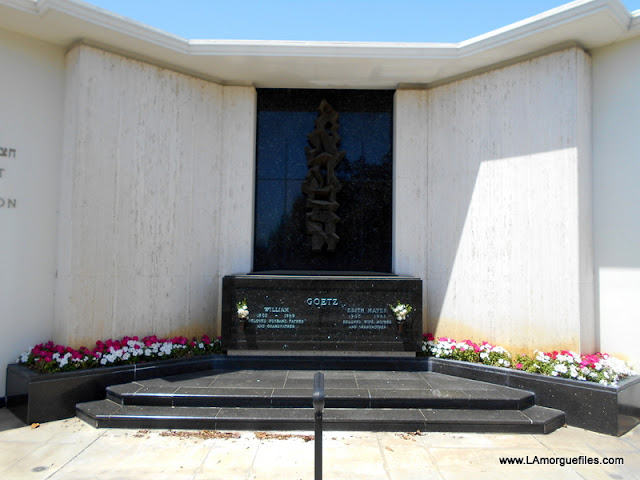 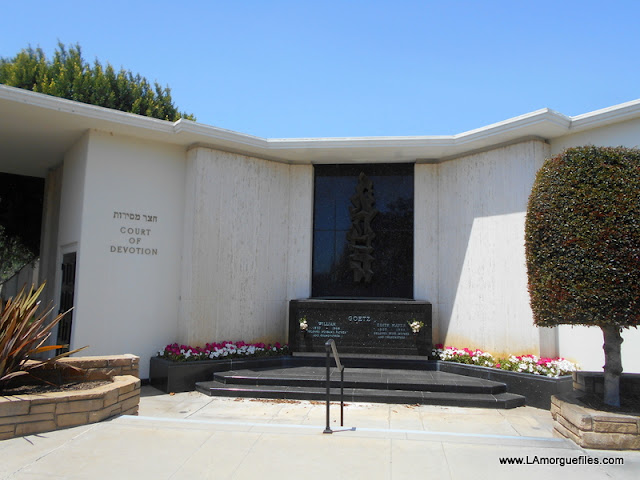 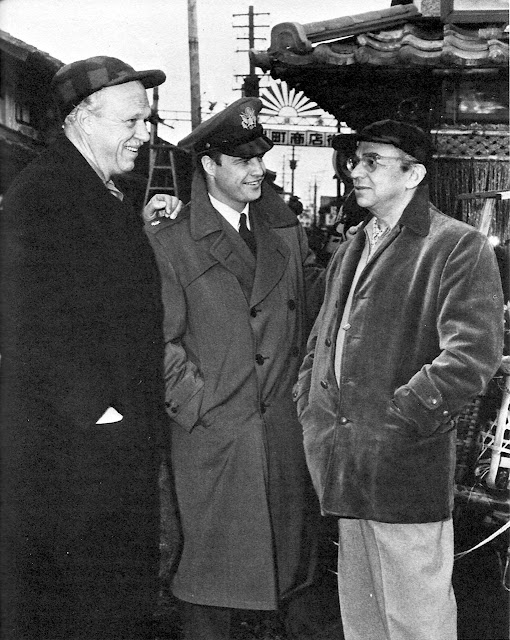 Joshua Logan, Marlon Brando, and producer William Goetz on the set of Sayonara