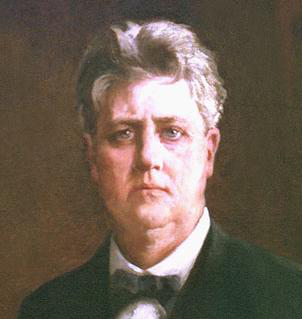 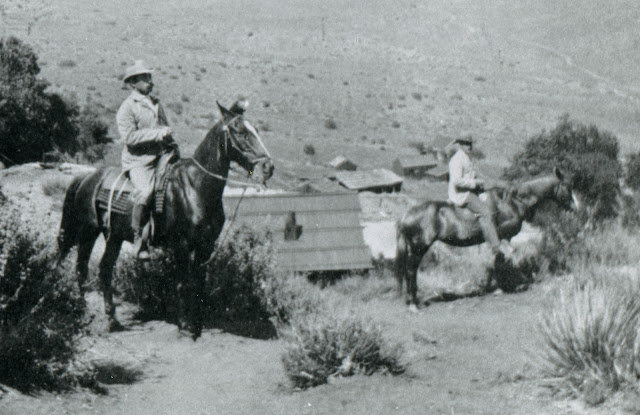 Gage was born on Christmas Day, 1852 in Geneva, New York. Relocating with his family to East Saginaw, Michigan, Gage spent his teenage years in Michigan, studying law with his lawyer father. In 1873 at the age of twenty-one, Gage was admitted to the Michigan Bar, working for his father's law practice in East Saginaw for over a year. Over a year later, Gage relocated to California, settling in Los Angeles. Between 1874 and 1877, Gage was a successful sheep dealer, selling sheep to various farms around Los Angeles County.[1] In 1877, Gage returned to law, opening his own practice. Largely successful in court, his practice quickly began to attract a number of prominent corporate clients in Southern California, including the Southern Pacific Railroad, who would enjoy a decades-long relationship with Gage. Three years later, Gage married Francesca V. Rains, a great granddaughter of a Californio family.[2] The Gages settled in Bell Gardens at his wife's family home.

Running as a Republican, Gage was elected as Los Angeles City Attorney in 1881, beginning a slow rise within party ranks. At the 1888 Republican National Convention in Chicago, Gage was chosen as a delegate-at-large during the proceedings. In a speech to the convention, Gage seconded the motion to nominate Levi P. Morton as the party's nomination for the vice presidency.[3] 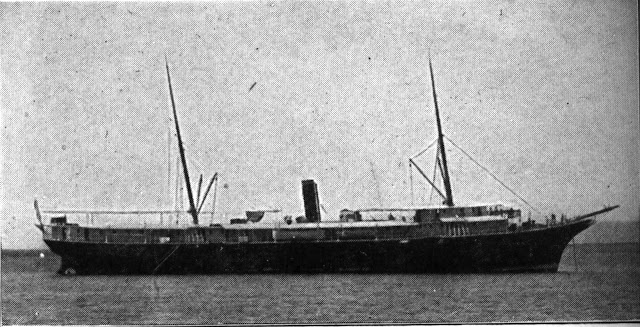 In 1891, President Benjamin Harrison appointed Gage as a federal prosecutor to prosecute the crew of the Chilean steamer Itata due to the Itata Incident. The U.S. federal government charged the crew with knowingly assisting an illegal arms purchase. Its cargo had consisted of weapons purchased for National Congressional insurgent forces fighting in the 1891 Chilean Civil War against President José Manuel Balmaceda. Upon review of the federal government's case, Gage dropped all charges against Itata's crew, claiming that the government had mistaken the arms purchase as illegal.[1]

By 1898, Gage had become a prominent corporate lawyer within Los Angeles business circles, as well as a successful owner of real estate, particularly the Red Rover gold mine in Acton in the Santa Clarita Valley. At the state Republican convention that year, Gage was nominated in the first round of voting as the party's nomination for the governorship. His nomination was largely orchestrated by the Southern Pacific Railroad, who had worked with Gage since the 1870s, and saw him as supportive of their interests.

In the 1898 state general elections, Gage defeated his Democratic rival, House Representative James G. Maguire by a modest 6.7%.[4] Other minor candidates in the election included Job Harriman of the Socialist Labor Party of America and Prohibitionist J. E. McComas, a former State Senator. 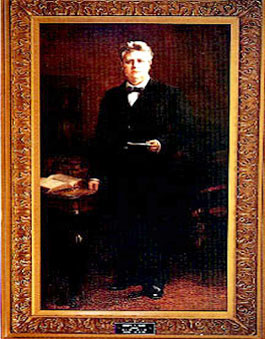 Gage was inaugurated as the 20th Governor of California on January 4, 1899. In his inauguration speech, Gage spoke at length about foreign policy, viewing with favor the recent results of the Spanish–American War and their effect on California's economy. "The peaceful acquisition of the Hawaiian Islands, extending our empire beyond our Pacific shore, should be followed as a political necessity by the annexation of the Philippines," Gage spoke. "The center of commerce must move westward. California, favorably situated, will, among other advantages, reap the harvest of trade with these new territories, developing our many varied and growing resources, creating a western merchant marine for the carriage of our imports and exports, and luring to our markets the nations of the world."[5]

In one of his first acts, Gage's administration reopened the State Printing Office, closed down earlier by previous governor James Budd in order to cut governmental expenditures.[5]

From early on in his administration, Gage was highly partisan, due mostly to frequent accusations from Reform Republicans and Democrats alike who accused Gage as being a pawn for the Southern Pacific. When a newspaper published a political cartoon portraying railroad tycoon Collis Potter Huntington leading the governor around on a leash, Gage was so incensed by the accusation that he ramrodded a censorship bill through the California State Legislature, restricting the press whenever editorial content involved politics or politicians.[6] 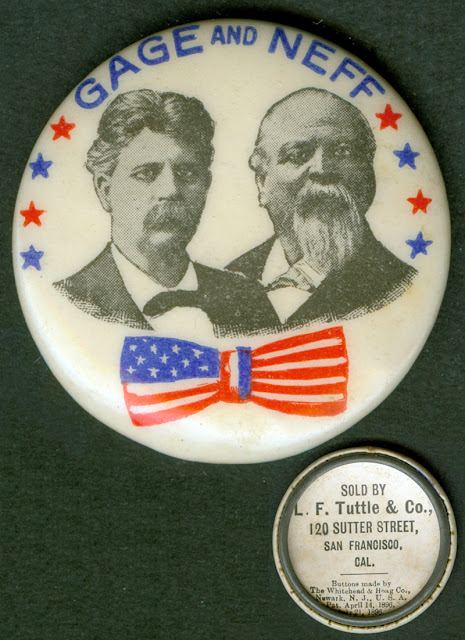 From 1900 onwards, Gage's administration was often rocky. That year, the ship Australia laid anchor in the Port of San Francisco, unknowingly bringing to the city rats carrying the Third Pandemic of the bubonic plague.[7] The disease soon made home in the cramped ghetto quarters of the city's Chinatown. Rumors of the plague's presence abounded in the city, quickly gaining the notice of authorities from the federal Marine Hospital Service stationed on Angel Island, including the Marine Hospital Service's head in San Francisco, Joseph J. Kinyoun.[8][9][10]

Allied with powerful railroad and city business interests, Gage publicly denied that any pestilence outbreak in the city, fearing that any word of the bubonic plague's presence would deeply damage the city and state's economy. Supportive newspapers, such as the San Francisco Call, San Francisco Chronicle and the San Francisco Bulletin, echoed Gage's denials, beginning what was to become an intense defamation campaign against Joseph Kinyoun, director of the San Francisco Quarantine Station. In response to the state's refuting of the plague's existence, U.S. Surgeon General Walter Wyman recommended to federal Treasury Secretary Lyman J. Gage to intervene. Secretary Gage agreed, creating a three-man medical commission to medically investigate the city. The commission conclusively discovered that bubonic plague was present.

Like Kinyoun, the Treasury commission's findings were again immediately denounced by Governor Gage. Gage believed the federal government's growing presence in the matter was a gross intrusion of what he recognized as a state concern. In his retaliation, Gage denied the federal commission any use of the University of California, Berkeley's laboratories to further study the outbreak.[11] The Bulletin would also attack the federal commission, branding it as a "youthful and inexperienced trio."

The clash between Gage and federal authorities intensified. Surgeon General Wyman instructed Kinyoun to place Chinatown under quarantine, as well as blocking all East Asians from entering state borders. Chinese residents, supported by Gage and local businesses, fought the quarantine through numerous federal court battles, claiming the Marine Hospital Service was violating their rights under the Fourteenth Amendment, and in the process, launched lawsuits against Kinyoun.[11] In these court proceedings, residents insisted Gage was correct in his denials of the plague outbreak. The courts initially agreed that Chinatown residents were correct in that the quarantine violated their civil rights, yet most of these lawsuits were eventually thrown out of court on later dates.

Between 1901 and 1902, the plague outbreak continued to worsen. In an 1901 address to both houses of the California State Legislature, Gage accused federal authorities, particularly Kinyoun, for injecting bubonic plague into cadavers.[12] In response to what he said to be massive scaremongering by the Marine Hospital Service, Gage pushed a censorship bill through the Legislature to gag any media reports of plague infection. The legislation failed, yet laws to gag reports amongst the medical community succeeded in passage and were signed into law by the governor. In addition, $100,000 was allocated to a public campaign led by Gage to deny the plague's existence. Privately, however, Gage sent a special commission to Washington, consisting of Southern Pacific, newspaper and shipping lawyers to negotiate a settlement with the Marine Hospital Service, whereby the federal government would remove Kinyoun from San Francisco with the promise that the state would secretly cooperate with the Marine Hospital Service in stamping out the plague outbreak.[12]

Despite the secret agreement allowing for Kinyoun's removal, Gage went back on his promise of assisting federal authorities and continued to obstruct their efforts for study and quarantine. A report issued by the State Board of Health on September 16, 1901, bolstered Gage's claims, denying the plague's outbreak.[13]

As Gage fought his growing battle with the federal government, labor agitation was starting to spill over along the San Francisco waterfront. In the July 1901, members of the International Brotherhood of Teamsters went on strike, protesting against recent orders to haul luggage for a non-unionized cargo company. The Teamsters strike was quickly joined by sympathizing sailors, stevedores and fireman belonging to the City Front Federation. Between 10,000 and 16,000 men joined the strike.[14]

Employers grew quickly frustrated with the strikers, asking for San Francisco Mayor James D. Phelan to request Gage in ordering in the state militia to crush the strike. Phelan refused, though violence between strikers and officers of the San Francisco Police Department began to break out in September.

Gage became increasingly concerned that violence along San Francisco's waterfront was spilling out of the city's control. On one instance, in order to reassure himself that violence was not increasing, Gage disguised himself as a striker and walked amongst the stevedores to observe conditions personally.[6] In October, Gage negotiated settlement with employers and the Teamsters, though the terms of the settlement were never made publicly known. Gage was the first California governor to negotiate an end to a labor strike. 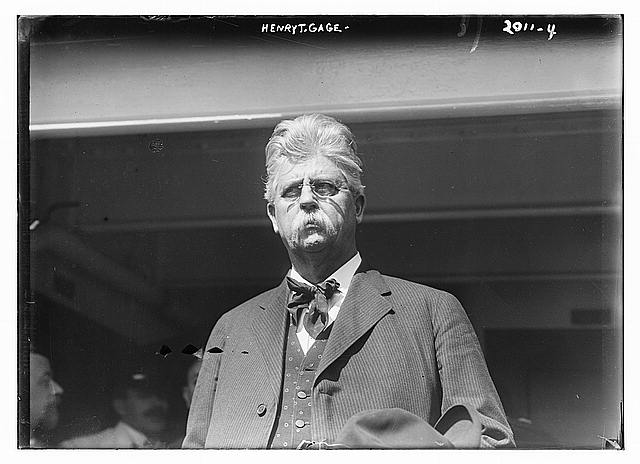 Gage's troubles over the bubonic plague continued to worsen. Despite San Francisco-based newspapers continual denials, contradicting reports from the Sacramento Bee and the Associated Press on the plague's spread had made the outbreak become publicly known throughout the United States. The state governments of Colorado, Texas and Louisiana passed quarantines of California, arguing that since the state had refused to admit a health crisis within its borders, states receiving rail or shipping cargo from California ports of call had the duty to protect themselves.[12] Threats of a national quarantine grew.

As the 1902 general elections approached, Southern Pacific supporters increasingly saw Gage, a man who had represented their interests since his days as a Los Angeles-based lawyer, as an embarrassment to state Republicans. Gage's public denials of the plague outbreak were due to protecting the state's economy and the business interests of his political allies.[12] However, instead of putting allegations of the outbreak to rest, conflicting studies and reports from federal officials and the media continued to prove Gage incorrect. In turn, Gage's denials were creating economic headaches to shipping and rail companies within the state and throughout the country, who now faced quarantine and economic boycotts from other states.

At the state Republican convention that year, the Railroad Republican faction refused Gage renomination for the governorship. In his place, former Mayor of Oakland George Pardee, a German-trained medical physician, received the nomination. Pardee's nomination was largely a compromise between the Railroad and the growing progressive-minded Reform factions of the party.

In his final speech to the California State Legislature in early January 1903, Gage continued to publicly deny the outbreak, blaming the federal government, in particular Joseph Kinyoun, the Marine Hospital Service and the San Francisco Board of Health, for damaging the state's economy.[15]

After leaving Sacramento, Gage returned to Los Angeles to resume his law practice. In 1909, President William Howard Taft appointed Gage as U.S. Minister to Portugal. Gage served in Lisbon for a little more than five months until November 1910. Political instability in Portugal, due to the Revolution of 1910 that deposed King Manuel II, as well as his wife's deteriorating health, forced Gage to submit his resignation to the U.S. Department of State and President Taft. He returned to California shortly afterwards. 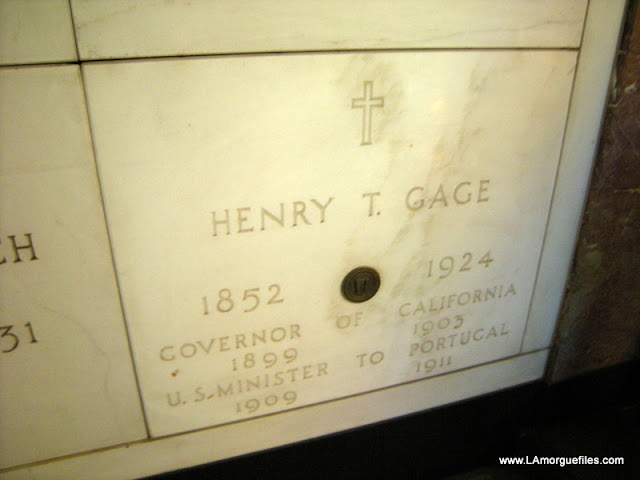 Gage died in Los Angeles on August 28, 1924, at the age of 71. He is interred at Calvary Cemetery in East Los Angeles. 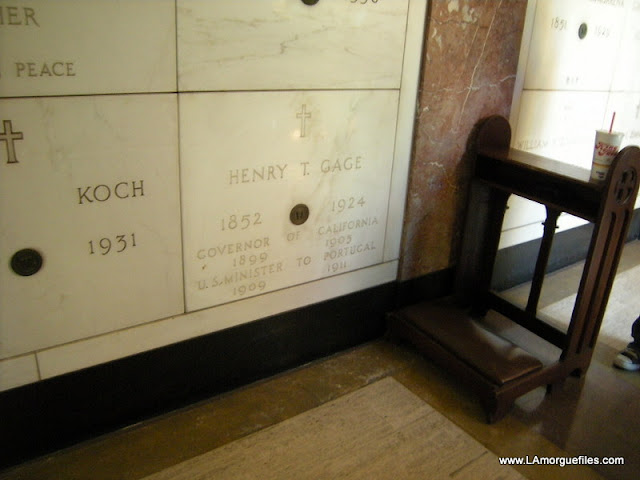 Despite his administration being characterized by historians as both rocky and incompetent, a lasting legacy of Gage's tenure of office was his signing off on the establishment of the California Polytechnic State University in 1901.

In 1902, Gage appointed Ulysses S. Webb as California Attorney General. Webb became one of the most successful, longest-serving attorneys general in the history of California.

Gage Avenue in Los Angeles was named after him on October 28, 1929. Henry T. Gage Middle School, also located on Gage Avenue, is named after the governor. 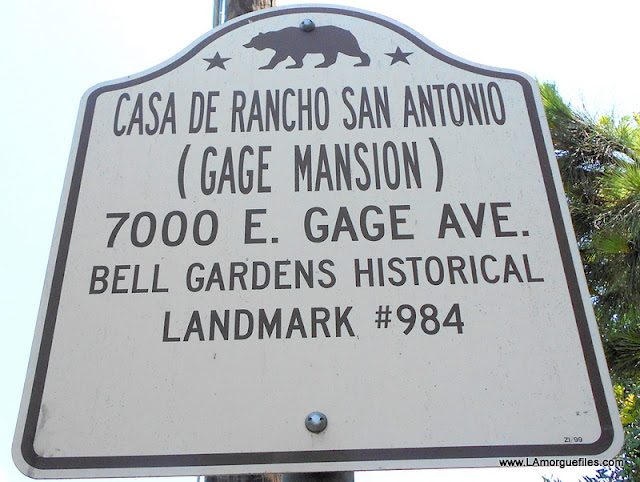 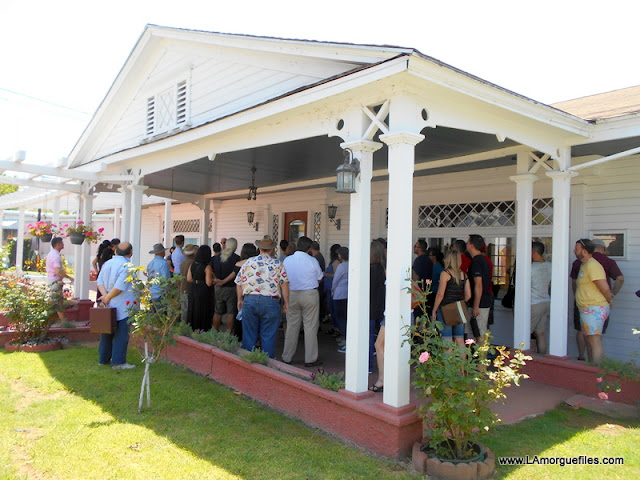 The Gage Mansion located in Bell Gardens is now the oldest remaining home in Los Angeles County and is a registered California State Historical Site.[2] 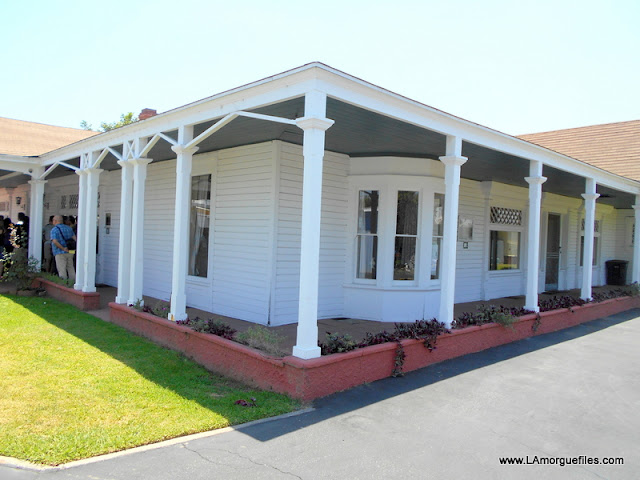 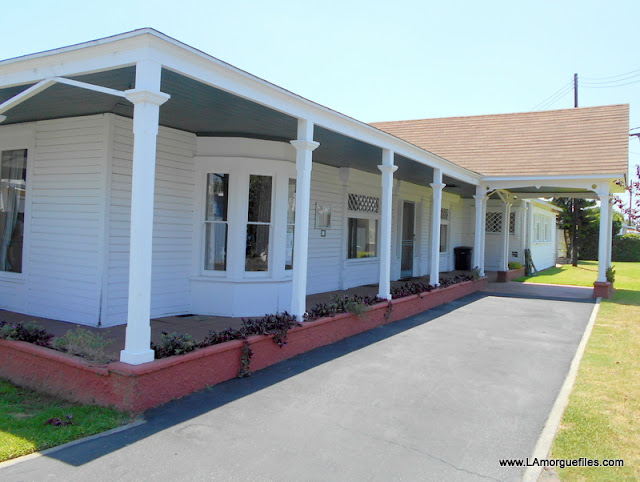 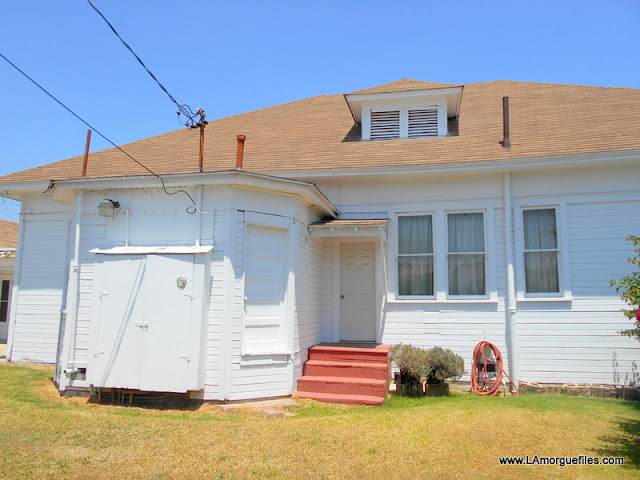 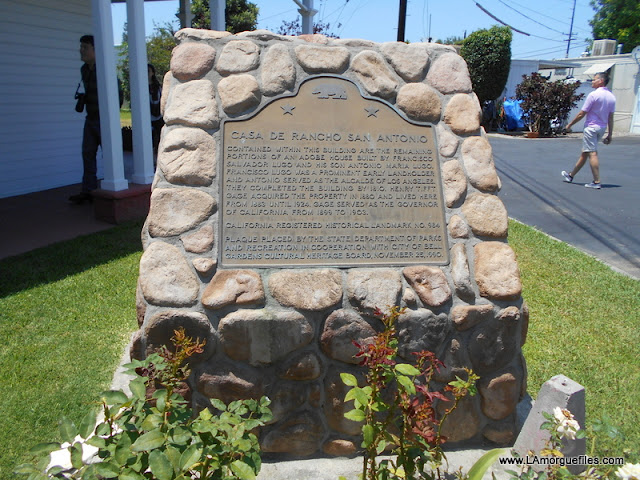 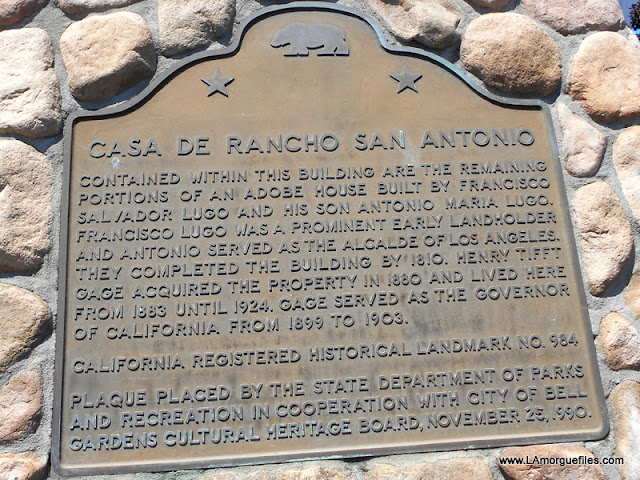 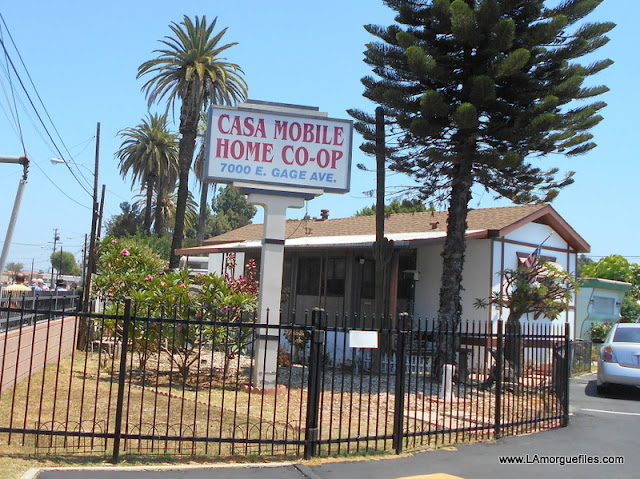