THE CAT'S MEOW: Based on Thoman H. Ince Mystery 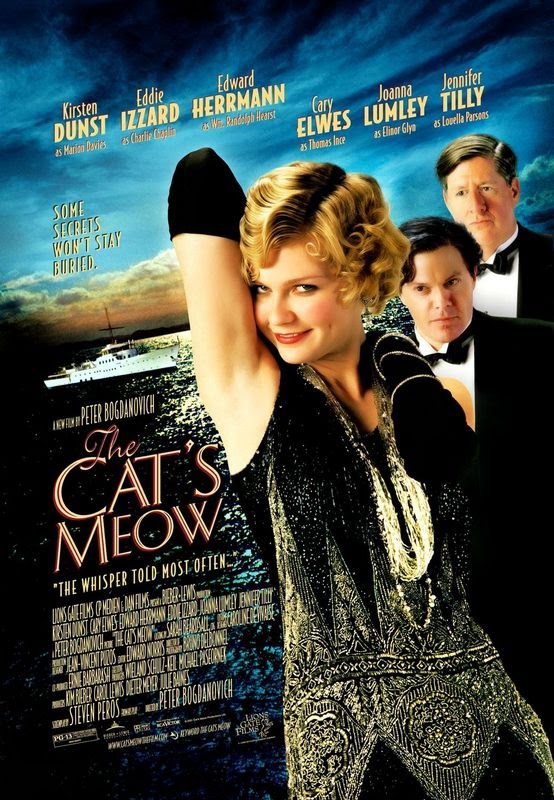 THE CAT'S MEOW is a 2001 period drama film directed by Peter Bogdanovich, and starring Kirsten Dunst, Eddie Izzard, Edward Herrmann, Cary Elwes, Joanna Lumley and Jennifer Tilly. The screenplay by Steven Peros is based on his play of the same title, which was inspired by the mysterious death of film mogul Thomas H. Ince. 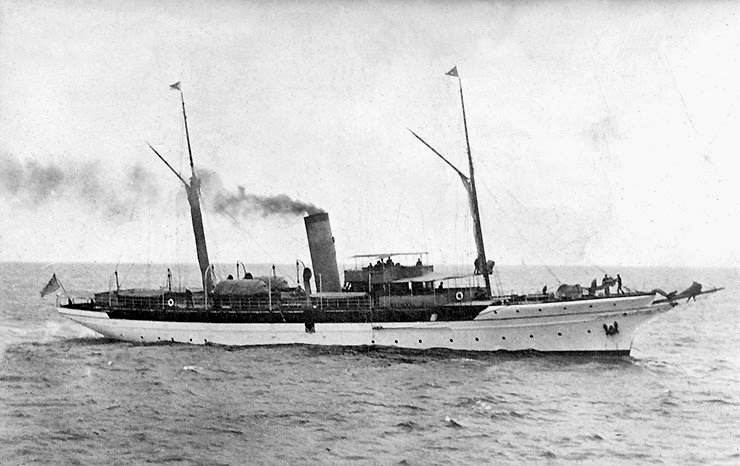 The film takes place aboard publisher William Randolph Hearst's yacht (the Oneida) on a weekend cruise celebrating Ince's 42nd birthday in November 1924. Among those in attendance are Hearst's longtime companion and film actress Marion Davies, fellow actor Charlie Chaplin, writer Elinor Glyn, columnist Louella Parsons, and actress Margaret Livingston. The celebration is cut short by an unusual death that would go on to become the subject of legendary Hollywood folklore. 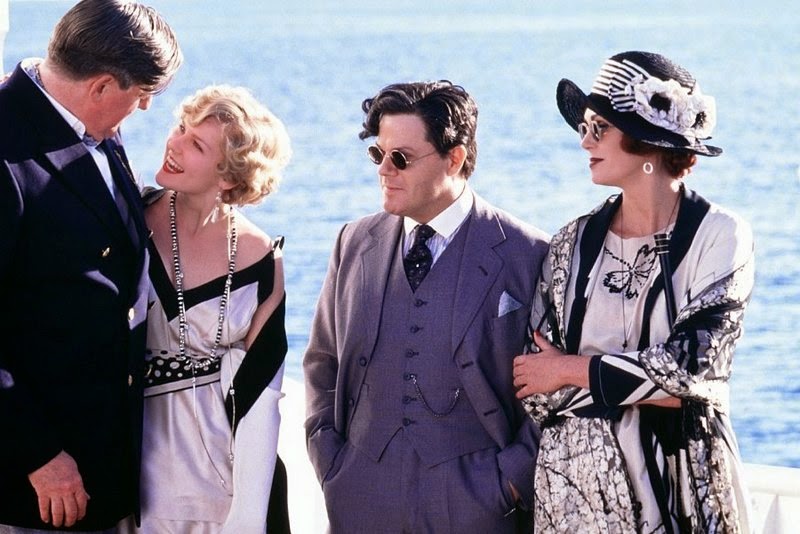 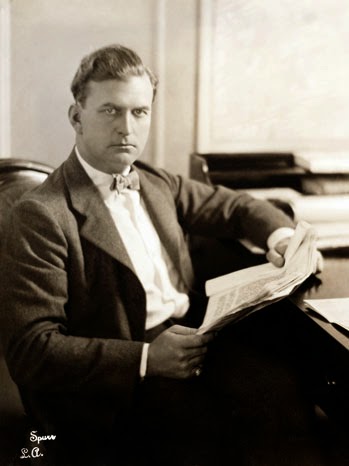 Several of those participating in the weekend's festivities are at a crossroads in their lives and/or careers. Chaplin, still dealing with the critical and commercial failure of A Woman of Paris and rumors he has impregnated 16-year-old Lita Grey (who appeared in his film The Kid) is in the midst of preparing The Gold Rush. Davies longs to appear in a slapstick comedy rather than the somber costume dramas to which Hearst has kept her confined. Ince's eponymous film studio is in dire financial straits, so he hopes to convince Hearst to take him on as a partner in Cosmopolitan Pictures. Parsons would like to relocate from the East Coast to more glamorous Hollywood. 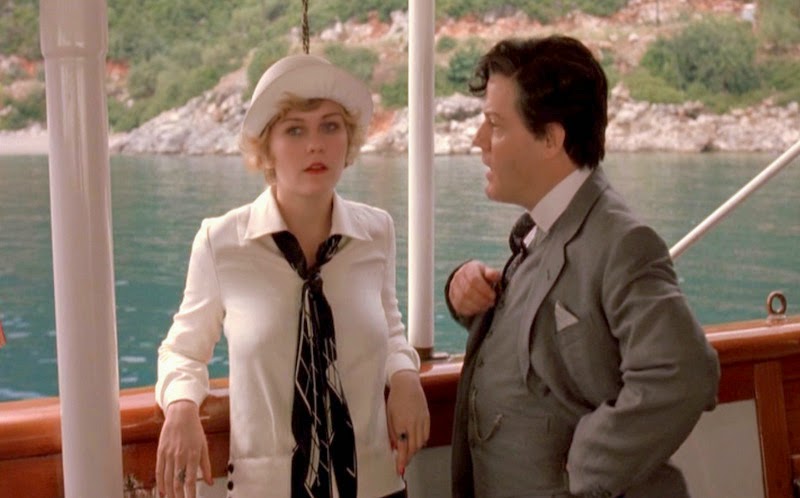 Hearst suspects Davies and Chaplin have engaged in an affair, a suspicion shared by Ince, who seeks proof he can present to Hearst in order to curry favor with him. In the wastepaper basket in Chaplin's stateroom, Ince discovers a discarded love letter to Davies and pockets it with plans to produce it at an opportune moment. When he finally does, Hearst is enraged. His anger is fueled further when he finds a brooch he had given Davies in Chaplin's cabin. Hearst concludes it was lost there during a romantic liaison, and he rifles Marion's room for further evidence. 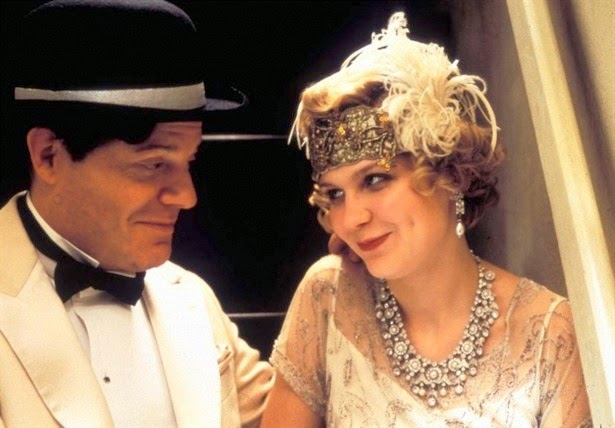 Armed with a pistol, Hearst searches the yacht for Chaplin in the middle of the night. Ince, meanwhile, runs into Davies and the two sit and talk with Ince donning a hat Chaplin had worn. Davies explains to Ince her love for Hearst and her regret at an earlier affair with Chaplin. She states "I never loved him" just as Hearst arrives behind them. Thinking Davies is referring to him, and mistaking Ince for Chaplin, a jealous Hearst shoots Ince. The assault is witnessed by Parsons, who had heard noises and went to investigate. 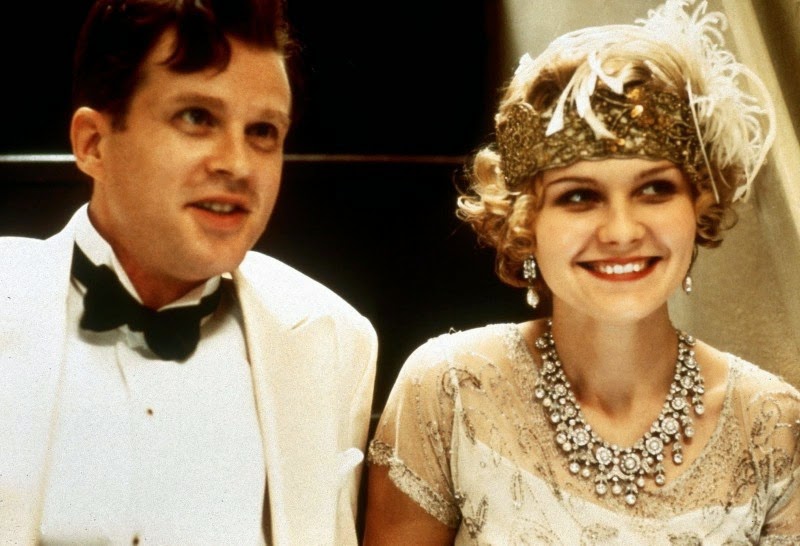 Hearst arranges to dock in San Diego and have a waiting ambulance take the dying Ince home. He phones the injured man's wife and tells her Ince attempted suicide when Livingston tried to end their affair, assuring her the truth won't reach the media. To the rest of his guests he announces Ince's ulcer flared up and required immediate medical attention. Davies, of course, knows the truth, and confides in Chaplin. Also armed with that knowledge is Parsons, who assures Hearst his secret will be safe in exchange for a lifetime contract with the Hearst Corporation, thus laying the groundwork for her lengthy career as one of Hollywood's most powerful gossip columnists.

After seeing Ince off, Hearst confronts Davies and Chaplin. He is berated by Chaplin, who expects Davies to join him. Hearst, however, challenges Chaplin to guarantee Davies that he can promise her a happy life. When Chaplin fails to answer, Hearst informs Chaplin of the vow of silence he and the fellow guests have made to keep the weekend's activities a secret. Chaplin despairs as he realizes the murder has strengthened Davies' love for Hearst.

The film concludes with the guests leaving Ince's funeral, as Glyn relates what became of them:

Livingston went on to star in a number of successful films and her film salary "inexplicably" went from $300 to $1000 a film. Davies starred in more of Hearst's films before finally being allowed to feature in a comedy The Hollywood Revue of 1929, which was (as Chaplin predicted) a success. She stayed by Hearst's side until his death in 1951.

Chaplin married his teenage lover Lita Grey in Mexico and his film The Gold Rush was an overwhelming success. Parsons worked for Hearst for many years and subsequently became one of the most successful writers in the history of American journalism.

Tom Ince was largely forgotten after the events of his death. Very few newspapers reported it, no police action was taken, and of all the people on board only one was ever questioned. It is concluded that in Hollywood, "the place just off the coast of the planet Earth," no two accounts of the story are the same. 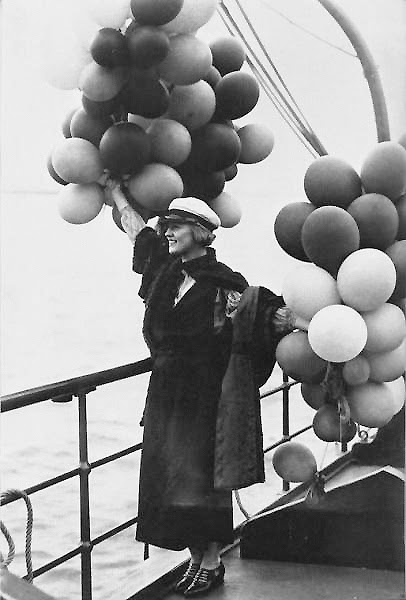 Marion Davies on the deck of the Oneida

Film scholar Jonathan Rosenbaum, editor of the 1992 book This is Orson Welles — a record of interviews Peter Bogdanovich conducted with Orson Welles — began his April 2002 review of The Cat's Meow with this exchange about Citizen Kane (1941):

OW: In the original script we had a scene based on a notorious thing Hearst had done, which I still cannot repeat for publication. And I cut it out because I thought it hurt the film and wasn’t in keeping with Kane’s character. If I’d kept it in, I would have had no trouble with Hearst. He wouldn’t have dared admit it was him.
PB: Did you shoot the scene?
OW: No, I didn’t. I decided against it. If I’d kept it in, I would have bought silence for myself forever.[3]

"The incident Welles alluded to in this exchange is the subject of The Cat’s Meow, directed by Bogdanovich and adapted by Steven Peros from his own play," Rosenbaum wrote. "Bogdanovich may see Welles as the inspiration for his film, but I have no idea where Peros got his facts."

Rosenbaum did find a similar story in the 1979 edition of The Film Encyclopedia by Ephraim Katz, in the entry on Thomas Ince; and in the 1971 essay on Citizen Kane[4] by Pauline Kael:

Her principal source was John Houseman, script supervisor for cowriter Herman Mankiewicz, and it seems safe to conclude, even without her prodding, that some version of the story must have cropped up in Mankiewicz’s first draft of the script, which Welles subsequently edited and added to. According to Kael, the only trace of the subplot left in the script is a speech made by Susan Alexander, who was loosely based on Davies, to the reporter Thompson about Kane: “Look, if you’re smart, you’ll get in touch with Raymond. He’s the butler. You’ll learn a lot from him. He knows where all the bodies are buried.” Kael writes, “It’s an odd, cryptic speech. In the first draft, Raymond literally knew where the bodies were buried: Mankiewicz had dished up a nasty version of the scandal sometimes referred to as the Strange Death of Thomas Ince."

"I don’t think we’re likely ever to know for sure what happened on Hearst’s yacht on November 19, 1924," Rosenbaum concluded.[5]

"No director is more steeped in Hearst/Welles/Kane/Hollywood lore than Bogdanovich," wrote film critic Roger Ebert, who heard the Orson Welles version of Thomas Ince's death from Bogdanovich. "It happened that as Bogdanovich told me this story, we were aboard the QE2, crossing to Southampton on the 25th anniversary voyage of the Telluride Film Festival in 1998. When Bogdanovich returned to New York, there was a script waiting for him. It was an adaptation of Steven Peros' play about the very same scandal. Fate was sending him a message."[6]

In a 2008 interview Bogdanovich said, "I was talking to Orson for my book, This is Orson Welles in 1969 and he said, “You know about the thing that happened on Hearst’s yacht?” He said Welles had been told the story by screenwriter Charles Lederer, Marion Davies's nephew, and that Bogdanovich subsequently confirmed the account with Lederer. "And when Orson told me that story it was virtually the same story as what Steven Peros has written. The particulars in terms of the letter or the hat, those where details hypothesized by Steven, based on his research, but the actual plot — of what happened and who was doing what and why — that was all the same.[7] 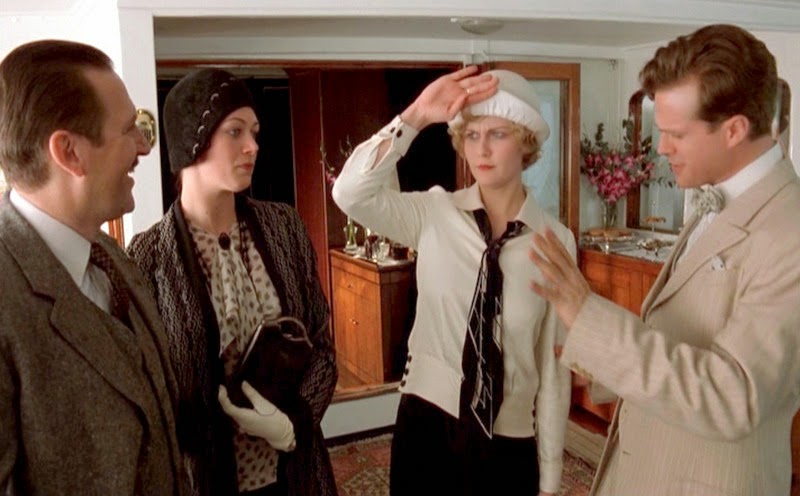