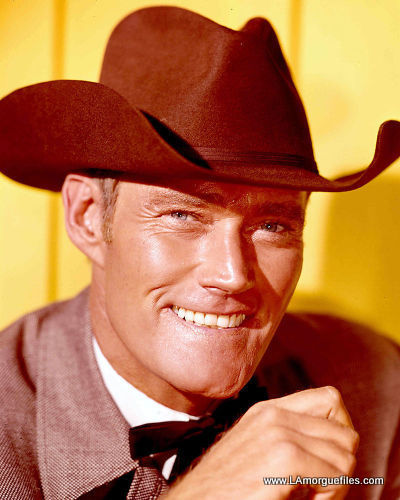 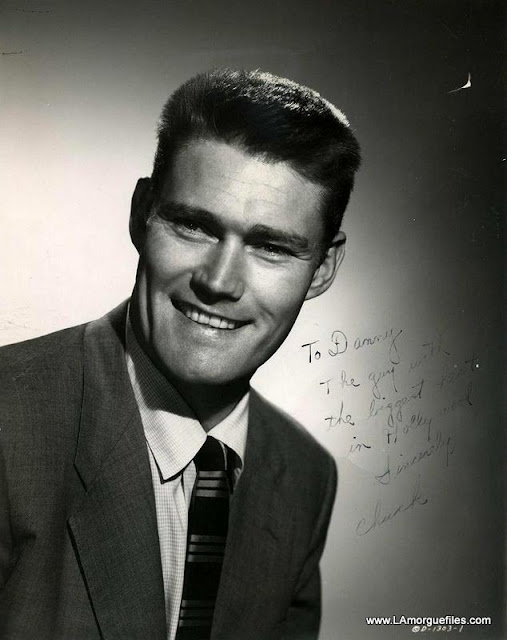 Connors was born Kevin Joseph Connors in Brooklyn, New York, second of two children and only son of Allan and Marcella Connors, emigrants from the Dominion of Newfoundland, a Canadian province as of 1949. He was raised Roman Catholic and served as an altar boy at the Basilica of Our Lady of Perpetual Help in Brooklyn.

His sister found out Connors didn't like his first name and was looking at a number of possible first-name changes: he tried out "Lefty" and "Stretch" before settling on "Chuck", because while playing first base, he would always yell, "Chuck it to me, baby, chuck it to me!" to the pitcher. The rest of his teammates and fans soon caught on and the name stuck. He loved the Dodgers despite their losing record during the 1930s.

Connors knew that he too would be a Dodger, like: Jackie Robinson, Gil Hodges, Pee Wee Reese, Carl Furillo, Duke Snider, Roy Campanella, Billy Cox, Ralph Branca, Preacher Roe and Carl Erskine, the participants of the great championship team that Connors was part of, the Brooklyn Dodgers of 1949. Connors's athletic abilities earned him a scholarship to both the elite Adelphi Academy (where he graduated in 1939) and Seton Hall University in South Orange, New Jersey. He left college after two years. During World War II he enlisted in the Army at Fort Knox. He spent most of the war as a tank-warfare instructor, stationed at Camp Campbell, Kentucky, and later at West Point, New York. 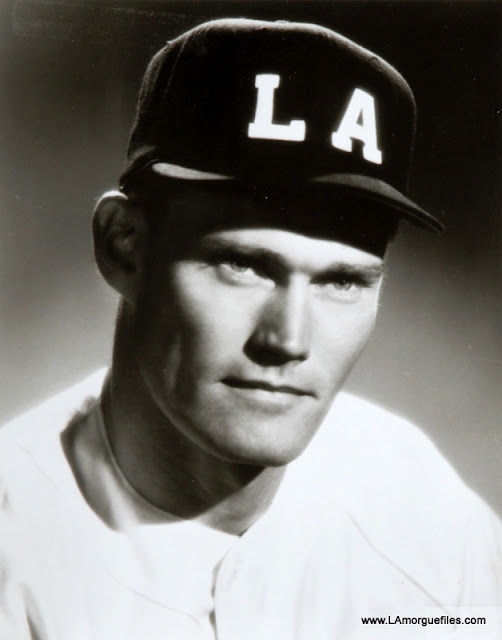 During his army service, Connors moonlighted as a professional basketball player. Following his military discharge in 1946, he joined the newly formed Boston Celtics of the Basketball Association of America. Connors left the team for spring training with Major League Baseball's Brooklyn Dodgers. He played for numerous minor league teams before joining the Dodgers in 1949, for whom he played in only one game. He joined the Chicago Cubs in 1951, for whom he played in 66 games as a first baseman and occasional pinch hitter.[1] In 1952, he was sent to the minor leagues again to play for the Cubs' top farm team, the Los Angeles Angels. Connors was also drafted by the Chicago Bears, but never suited up for the team. He is one of only 12 athletes in the history of American professional sports to have played for both Major League Baseball and in the NBA. He is also credited as the first professional basketball player to break a backboard. During warm-ups in the first-ever Boston Celtics game on November 5, 1946, at Boston Arena, Connors took a shot that caught the front of the rim and shattered an improperly installed glass backboard.[2] 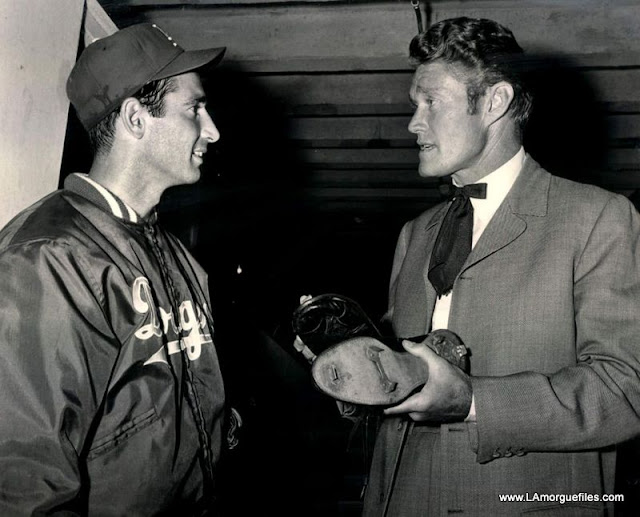 In 1966, Connors played an off-field role by helping to end the celebrated holdout by Los Angeles Dodgers pitchers Don Drysdale and Sandy Koufax when he acted as an intermediary during negotiations between the team and the players. Connors can be seen in the Associated Press photo with Drysdale, Koufax, and Dodgers general manager Buzzie Bavasi announcing the pitchers' new contracts. 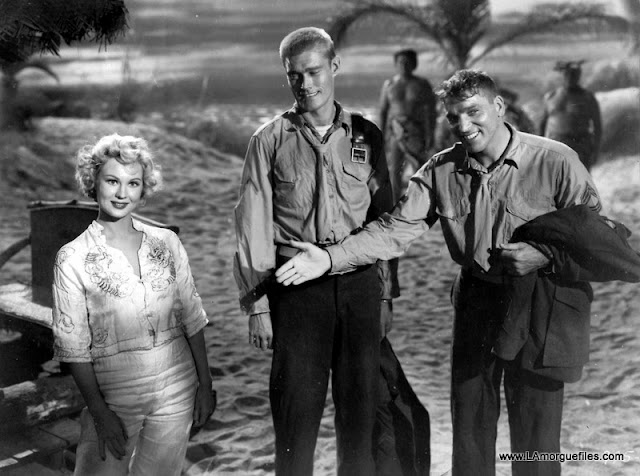 Connors realized that he would not make a career in professional sports, so he decided to pursue an acting career. Playing baseball near Hollywood proved to be fortunate, as he was spotted by an MGM casting director and subsequently signed for the 1952 Tracy-Hepburn film Pat and Mike. In 1953, he starred opposite Burt Lancaster as a rebellious Marine private in the film South Sea Woman (above). Connors also starred in 1957's Old Yeller as Burn Sanderson. That same year, he co-starred in The Hired Gun. 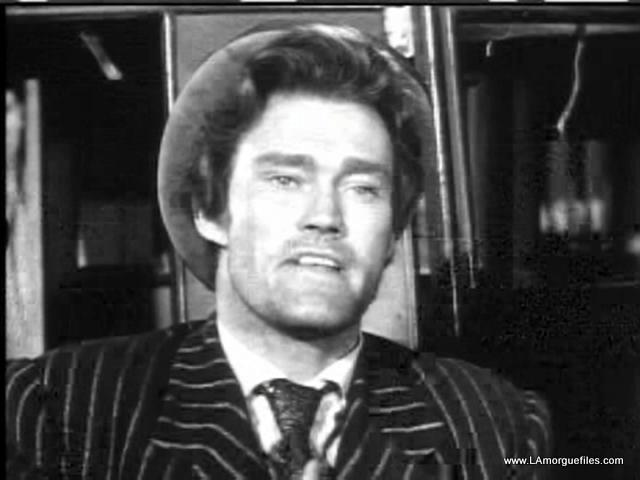 Connors was in feature films, such as The Big Country, Move Over Darling with Doris Day and James Garner and Soylent Green, with Charlton Heston. He also became a lovable character actor, guest-starring in dozens of shows. His guest-starring debut was on an episode of NBC's Dear Phoebe. He played in two episodes, one as the bandit Sam Bass, on Dale Robertson's NBC western Tales of Wells Fargo. 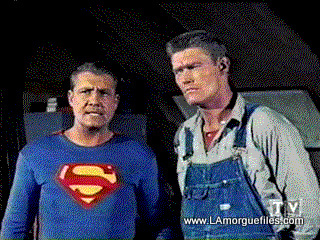 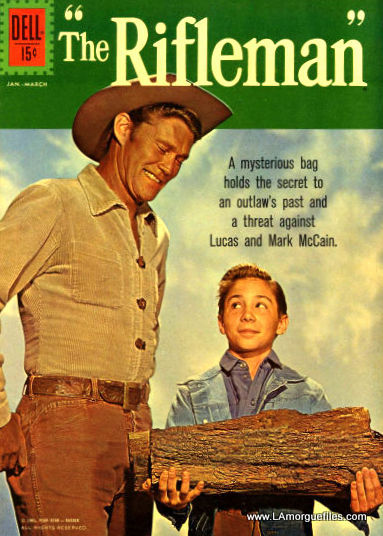 Connors beat out 40 actors for the lead on The Rifleman, portraying Lucas McCain, a widowed rancher known for his skill with a customized Winchester rifle. This ABC Western series was also the first show ever to feature a widowed father raising a young child. Connors said in a 1959 interview with TV Guide that the producers of Four Star Television (Dick Powell, Charles Boyer, Ida Lupino and David Niven) must have been looking at 40–50 thirty-something males." At the time, the producers offered a certain amount of money to do 39 episodes for the 1958-59 season. The offer turned out to be less than Connors was making doing freelance acting, so he turned it down. A few days later, the producers of The Rifleman took their own children to watch Old Yeller in which Connors played a strong father-figure role. After the producers watched him in the movie, they decided they should cast Connors in the role of Lucas McCain and make him a better offer, including a 5% ownership of the show.

The Rifleman was an immediate hit, ranking #4 in the Nielsen ratings in 1958-59, behind three other Westerns: Gunsmoke, Wagon Train, and Have Gun - Will Travel.

The producers were looking for an unfamiliar child actor to play Mark McCain. Johnny Crawford, a former Mousketeer, baseball fan, and Western buff, beat out 40 young stars to play the role. Crawford remained on the series from 1958 until its cancellation in 1963. 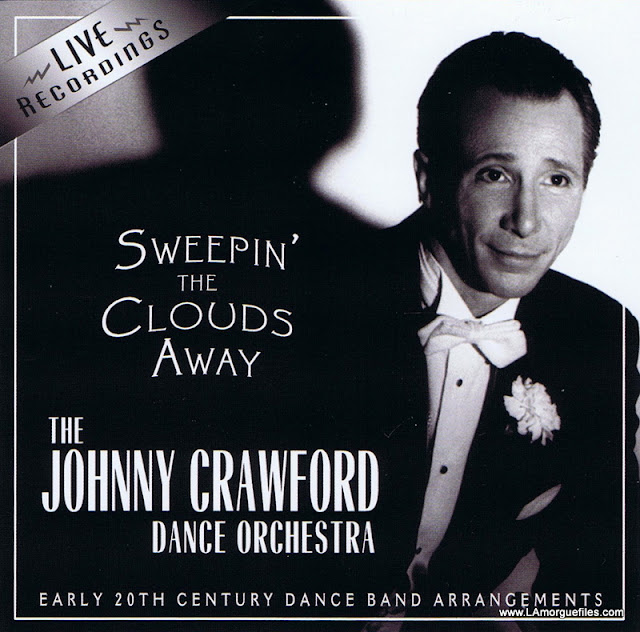 The Rifleman landed high in the Nielsen ratings until the last year in the 1962-63 season when ratings began to drop. The show was cancelled in 1963 after 5 seasons and 168 episodes.

Johnny Crawford said of his relationship with Connors: "I was very fond of Chuck, and we were very good friends right from the start. I admired him tremendously." Crawford also said about the same sport that Connors had played: "I was a big baseball fan when we started the show, and when I found out that Chuck had been a professional baseball player, I was especially in awe of him. I would bring my baseball and a bat and a couple of gloves whenever we went on location, and at lunchtime I would get a baseball game going, hoping that Chuck would join us. And he did, but after he came to bat, we would always have trouble finding the ball. It would be out in the brush somewhere or in a ravine, and so that would end the game."

Crawford stayed in touch with Connors until his death in 1992. "We remained friends throughout the rest of his life. He was always interested in what I was doing and ready with advice, and anxious to help in any way that he could . . . He was a great guy, a lot of fun, great sense of humor, bigger than life, and he absolutely loved people. He was very gregarious and friendly, and not at all bashful . . . I learned a great deal from him about acting, and he was a tremendous influence on me. He was just my hero." He and Connors reprised their roles as the McCains on a TV Western movie, The Gambler Returns: The Luck of the Draw. 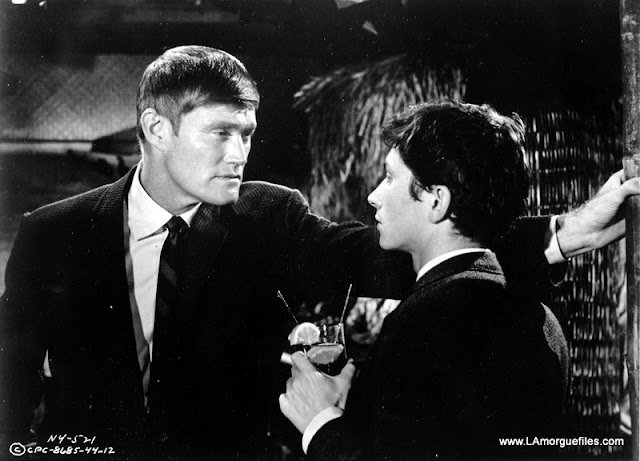 In 1963, Connors appeared in the film Flipper. He also appeared opposite James Garner and Doris Day in the comedy, Move Over, Darling. A

s Connors was strongly typecasted for playing the firearmed rancher turned single father, he then starred in several short-lived series, such as: ABC's Arrest and Trial, featuring two young actors Ben Gazzara and Don Galloway, NBC's post-Civil War-era series Branded ((1965–1966) below) and the 1967-1968 ABC series Cowboy in Africa, alongside British actor Ronald Howard and Tom Nardini. Connors guest-starred in a last-season episode of Night Gallery titled "The Ring With the Red Velvet Ropes". In 1973 and 1974 he hosted a television series called Thrill Seekers. He had a key role against type as a slaveowner in the 1977 miniseries Roots. 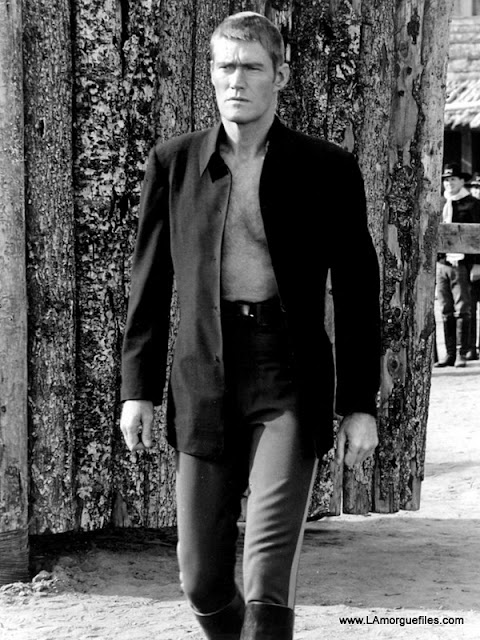 Connors hosted a number of episodes of Family Theater on the Mutual Radio Network. This series was aimed at promoting prayer as a path to world peace and stronger families, with the motto, "The family which prays together stays together."

In 1983, Connors joined Sam Elliott and Cybill Shepherd in the short-lived NBC series The Yellow Rose, about a modern Texas ranching family. In 1985, he guest starred as "King Powers" in the ABC TV series Spenser: For Hire, starring Robert Urich. In 1987, he co-starred in the Fox series Werewolf, as drifter Janos Skorzeny. In 1988, he guest starred as "Gideon" in the TV series Paradise, starring Lee Horsley.

In 1991, Connors was inducted into the Western Performers Hall of Fame at the National Cowboy and Western Heritage Museum in Oklahoma City. 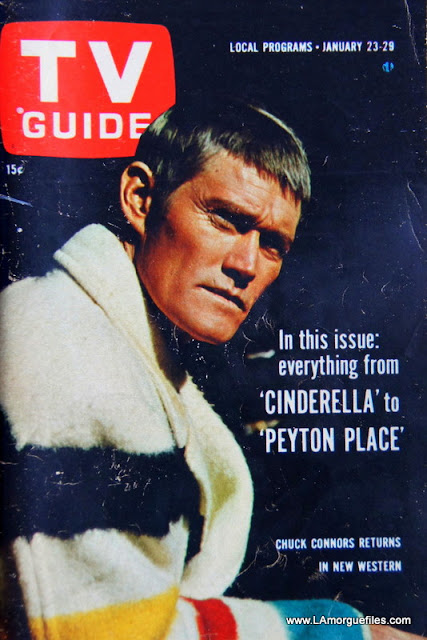 Connors was a supporter of the Republican Party and attended several fundraisers for campaigns of U.S. President Richard M. Nixon. Connors was introduced to Secretary General Leonid Brezhnev of the Soviet Union at a party given by Nixon at the Western White House in San Clemente, California, in June, 1973. Connors presented Brezhnev with a pair of Colt Single Action Army "Six-Shooters" (revolvers) which Brezhnev liked greatly. Upon boarding his airplane bound for Moscow, Brezhnev noticed Connors in the crowd and went back to him to shake hands, and jokingly jumped up into Connors' towering hug. The Rifleman was one of the few American shows allowed on Russian television at that time; that was because it was Brezhnev's favorite. Connors and Brezhnev got along so well that Connors traveled to the Soviet Union in December 1973. In 1982, Connors expressed an interest in traveling to the Soviet Union for Brezhnev's funeral, but the U.S. government would not allow him to be part of the official delegation. Coincidentally, Connors and Brezhnev died on the same day, ten years apart. 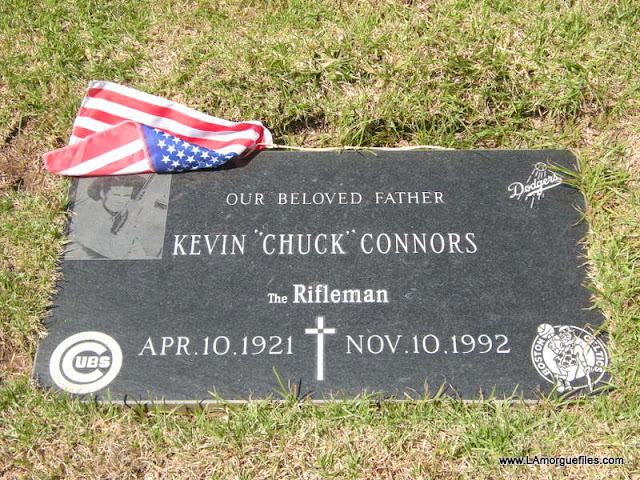 A heavy smoker, Connors died on November 10, 1992 in Los Angeles at the age of 71, of pneumonia stemming from lung cancer. At the time of his death, he had a companion named Rose Mary Grumley. He was interred in the San Fernando Mission Cemetery in Los Angeles. 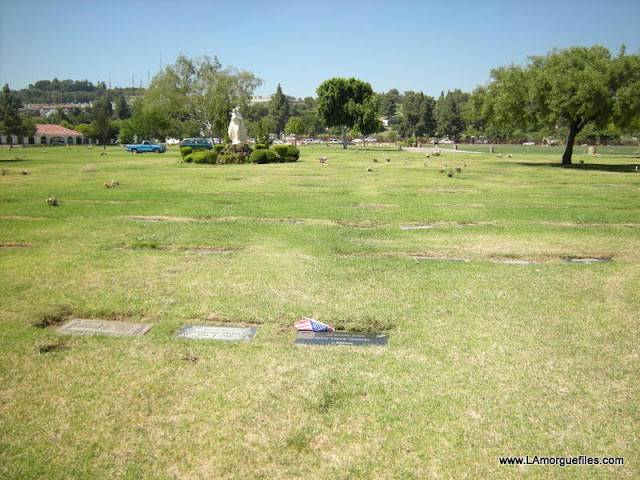 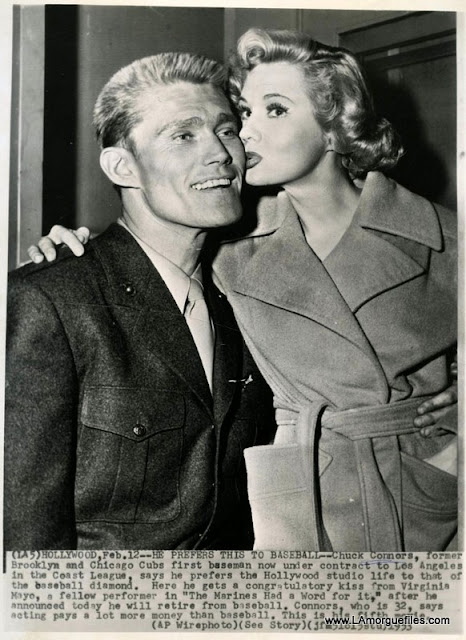