"All in the Family" Actress Betty Garrett Dies at UCLA 2011 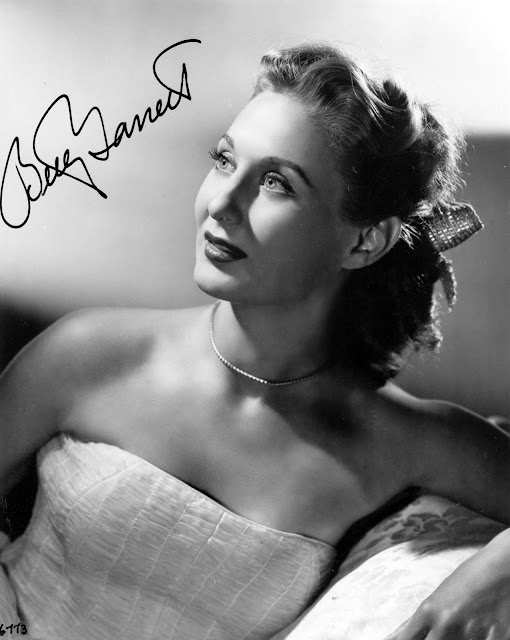 Betty Garrett (May 23, 1919 – February 12, 2011) was an American actress, comedienne, singer and dancer who originally performed on Broadway before being signed to a film contract with Metro-Goldwyn-Mayer. While there, she appeared in several musical films before returning to Broadway and making guest appearances on several television series.

Later, she became known for the roles she played in two prominent 1970s sitcoms: Archie Bunker's liberal neighbor Irene Lorenzo in All in the Family and landlady Edna Babish in Laverne and Shirley.

In later years, Garrett appeared in television series such as Grey's Anatomy, Boston Public and Becker as well as in several Broadway plays and revivals. 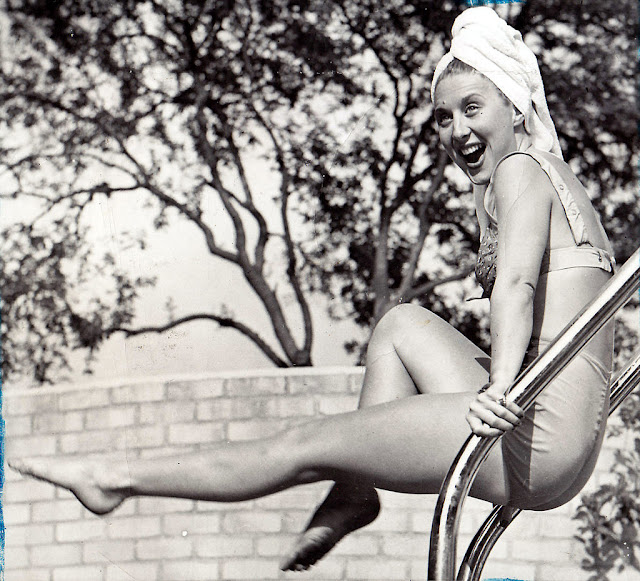 Garrett was born in Saint Joseph, Missouri, the daughter of Elizabeth Octavia (née Stone) and Curtis Garrett.[1] Shortly after her birth, her parents relocated to Seattle, Washington, where her mother managed the sheet music department in Sherman Clay, while her father worked as a traveling salesman. His alcoholism and inability to handle finances eventually led to their divorce, and Garrett and her mother lived in a series of residential hotels in order to curtail expenses.[2]

When Garrett was eight years old, her mother married the fiancé she had jilted in order to marry Curtis.[3] They settled in Regina, Saskatchewan, where her new stepfather worked in the meat packing industry. A year later her mother discovered her new husband was involved in a sexual relationship with his male assistant, and she and Betty returned to Seattle. [4] After graduating from public grammar school, Garrett enrolled at the Annie Wright School in Tacoma, which she attended on a full scholarship. There was no drama department there, and she frequently organized musical productions and plays for special occasions. Following her senior year performance in Twelfth Night, the bishop urged her to pursue a career on the stage. At the same time, her mother's friend arranged an interview with Martha Graham, who was in Seattle for a concert tour, and the dancer recommended her for a scholarship at the Neighborhood Playhouse in New York City.[5]

Garrett and her mother arrived in Manhattan in the summer of 1936 and Garrett began classes in September. Her teachers included Graham and Anna Sokolow for dance, Sandy Meisner for drama, Lehman Engel for music, and Margaret Webster for the Shakespearean classics, and fellow students included Daniel Mann and Richard Conte. She felt she was destined to be a dramatic actress and shied away from playing comedic roles.[6] 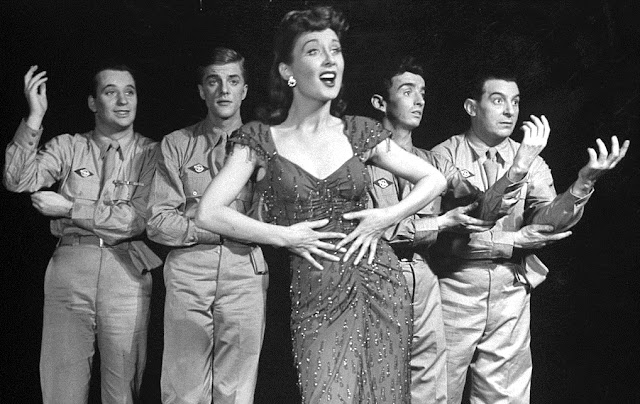 During the summer months, Garrett performed in the Borscht Belt, where she had the opportunity to work with Danny Kaye, Jerome Robbins, Carol Channing, Imogene Coca, and Jules Munshin, and she was encouraged to hone her singing and dancing skills. [7] She joined Orson Welles' Mercury Theatre as an understudy in what was to be its last stage presentation, a poorly-reviewed and short-lived production of Danton's Death that gave her the opportunity to work with Joseph Cotten, Ruth Ford, Martin Gabel, and Arlene Francis. [8][9] She performed with Martha Graham's dance company at Carnegie Hall and the Alvin Theatre, sang at the Village Vanguard, and appeared in satirical and political revues staged by the Brooklyn-based Flatbush Arts Theatre, which eventually changed its name to the American Youth Theatre and relocated to Manhattan. It was during this period she joined the Communist Party and began performing at fundraisers for progressive causes.[10]

Garrett made her Broadway debut in 1942 in the revue Of V We Sing, which closed after 76 performances but led to her being cast in the Harold Rome revue Let Freedom Sing later that year.[11] It closed after only eight performances, but producer Mike Todd saw it and signed her to understudy Ethel Merman [12] and play a small role in the 1943 Cole Porter musical Something for the Boys.[13] Merman became ill during the run, allowing Garrett to play the lead for a week. During this time she was seen by producer Vinton Freedley, who cast her in Jackpot, a Vernon Duke/Howard Dietz musical also starring Nanette Fabray and Allan Jones.[14] The show closed quickly, and Garrett began touring the country with her nightclub act.[15][16] 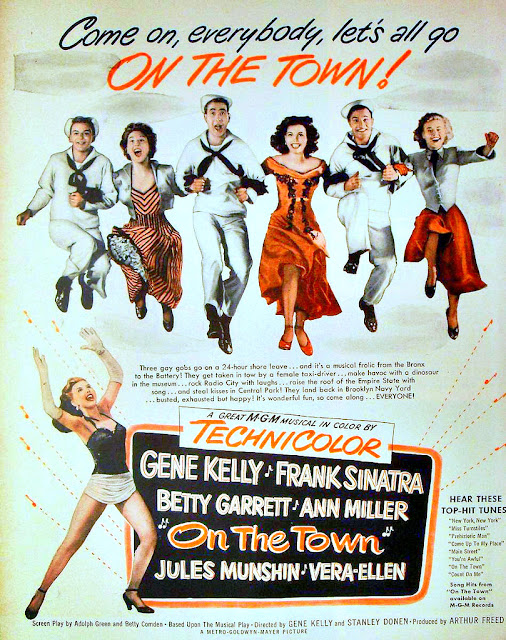 After appearing on Broadway in Laffing Room Only, which closed there, Garrett traveled with the show as it played extended runs in Detroit and Chicago. After that she returned to New York and was cast in Call Me Mister, which reunited her with Harold Rome, Lehman Engel, and Jules Munshin. She won critical acclaim and the Donaldson Award for her performance, which prompted Al Hirschfeld to caricature her in the New York Times.[17] It led to her being signed to a one-year contract with Metro-Goldwyn-Mayer by Louis B. Mayer. Garrett arrived at the studio in January 1947 and made her film debut portraying nightclub performer Shoo Shoo O'Grady in Big City, directed by Norman Taurog and co-starring George Murphy.[18] Mayer renewed her contract and she appeared in the musicals Words and Music, On the Town, Take Me Out To The Ball Game, and Neptune's Daughter in quick succession.[19] 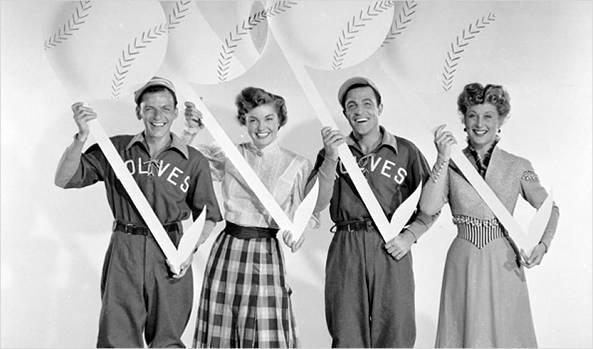 The Jolson Story had been a huge hit in the United Kingdom, and Garrett and husband Larry Parks decided to capitalize on its popularity by appearing at the London Palladium and then touring the UK with their nightclub act. Its success prompted them to return to the country three times but the increasing popularity of television eventually led to the decline of music hall entertainment.[20] Garrett was then cast opposite Janet Leigh and Jack Lemmon in My Sister Eileen, a 1955 musical remake of a 1942 film starring Rosalind Russell, when Judy Holliday dropped out of the project due to a contract dispute.[21] The following year she and Parks replaced Holliday and Sydney Chaplin in the Broadway production of Bells Are Ringing during their vacation from the show. Over the next two decades she worked sporadically, appearing on Broadway in two short-lived plays (Beg, Borrow or Steal with Parks and A Girl Could Get Lucky with Pat Hingle) and a musical adaptation of Spoon River Anthology, and making guest appearances on The Dinah Shore Chevy Show, The Lloyd Bridges Show, and The Fugitive. 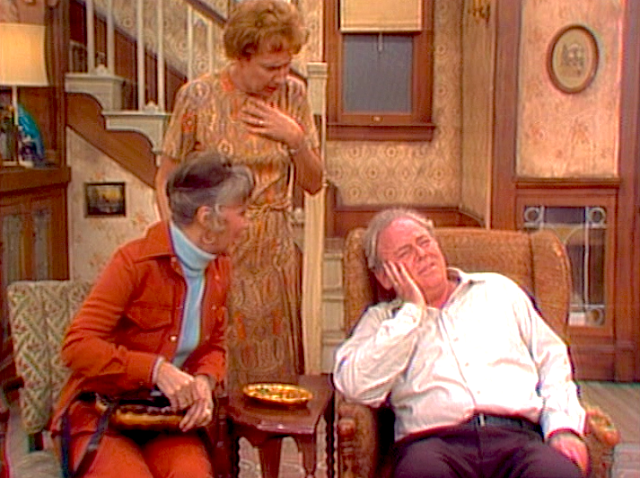 In the fall of 1973, All in the Family added two new neighbors to the neighborhood, Frank Lorenzo and his feisty Irish American wife, Irene. Lear had been the publicity man for Call Me Mister, All in the Family writers Bernard West and Mickey West knew Garrett from her days with the American Youth Theatre, and Jean Stapleton had been in the cast of Bells Are Ringing, so Garrett appeared to be a frontrunner for the role of Irene. It went instead to Sada Thompson, but, unhappy after filming one episode, Thompson asked to be released from her commitment, freeing the role for Garrett. Irene was Catholic and assumed many of the household duties normally associated with husbands, and she therefore presented a kind of nemesis to Archie Bunker. She later worked with Archie at his place of employment, driving a forklift, and was paid less than the man she replaced. Garrett remained with the series from 1973 through 1975.[22] She won the 1974 Golden Globe for her performance on the series.[23] 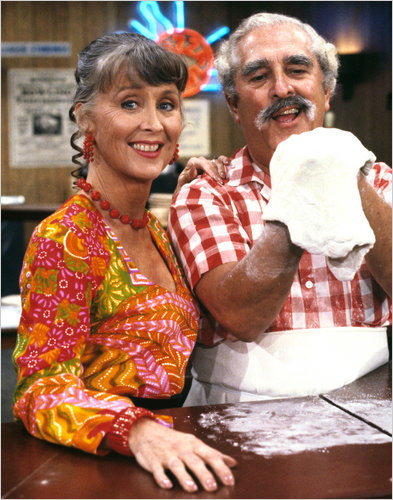 The following year, Garrett was performing her one-woman show Betty Garrett and Other Songs in Westwood when she was offered the role of landlady Edna Babish in Laverne and Shirley. The character was a five-time divorcée who eventually married Laverne's father Frank. Although Garrett reportedly felt she was never given enough to do on the show, she appreciated the fact that her musical talents occasionally were incorporated into the plot. In 1981, when the series was extended beyond what had been intended to be its final season, Garrett was forced to drop out because she already had committed to performing with Sandy Dennis, Jack Gilford, Hope Lange, and Joyce Van Patten in The Supporting Cast on Broadway. The play closed after only eight performances, but returning to Laverne and Shirley was not an option, as the writers had explained Edna's disappearance by having her divorce Frank, although this was not directly addressed until the series' final season. [24]

In the ensuing years, Garrett appeared on television in Murder, She Wrote, The Golden Girls, Harts of the West, Union Square, Boston Public, Becker (for which she was nominated for the Emmy Award for Outstanding Guest Actress in a Comedy Series), and Grey's Anatomy, among others, and on stage in Plaza Suite (with Parks), And Miss Reardon Drinks A Little, Meet Me in St. Louis as Katie, the feisty Irish maid, and the 2001 Broadway revival of Follies, receiving excellent notices for singing "Broadway Baby." At Theatre West, which she co-founded, she directed Arthur Miller's The Price and appeared in the play Waiting in the Wings. She won the Los Angeles Drama Critics Circle Award twice, for Spoon River Anthology and Betty Garrett and Other Songs.

Garrett received a star on the Hollywood Walk Of Fame in 2003. On the occasion of her 90th birthday in 2009, she was honored at a celebration sponsored by Theatre West at the Music Box Theatre in Hollywood.[25][26][27]

In 2010, Garrett appeared alongside former two-time co-star Esther Williams during Turner Classic Movies' first annual Classic Film Festival.[28] Their film Neptune's Daughter was screened at the pool of the Roosevelt Hotel in Hollywood, California, while a Williams-inspired synchronized swimming troop, The Aqualilies, performed.[29]

1974: Won for Best Supporting Actress for the role of Irene Lorenzo in the television series All in the Family.[23]

2009: Nominated for Lead Actress in a Play for the role of Sarita Myrtle in the Theatre West production of "Waiting in the Wings"[30] 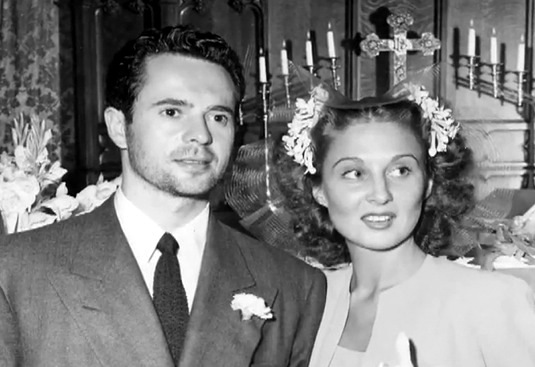 While appearing in Los Angeles, Garrett was invited to perform a comedy sketch at the Actor's Lab in Hollywood. It was there she met Larry Parks, who was producing the show. He invited her to join him for a drink, then drove her to the top of Mulholland Drive and told her, "You're the girl I'm going to marry." During the next two weeks, the two were inseparable. Garrett departed for a nightclub engagement in Chicago. Eventually Parks joined her and introduced her to his mother, who lived in nearby Joliet. Parks returned to Los Angeles to begin filming Counter-Attack and Garrett continued to New York to prepare for Laffing Room Only with Olsen and Johnson, but before rehearsals began she called Parks and proposed marriage. The two were wed on September 8, 1944,[31] four months after their initial meeting. Actor Lloyd Bridges served as best man.[31] Garrett and Parks spent a month honeymooning in Malibu Beach, and then lived apart for the next two years while pursuing their respective careers.[32] 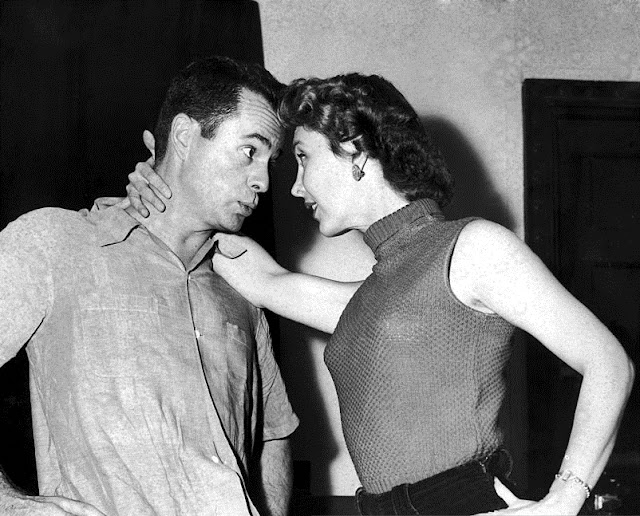 Garrett and Parks remained married until his death in 1975. They had two sons, composer Garrett Parks and actor Andrew.[33] 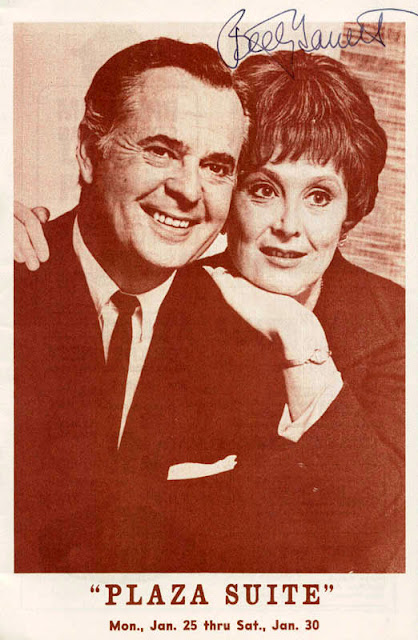 Because of their past affiliations with the Communist Party, Garrett and Parks became embroiled with the House Un-American Activities Committee, although only Parks was forced to testify. He willingly admitted that he had been a member of the party and initially refused to name others, but later did so. Despite this he found himself on the Hollywood blacklist. Garrett also had trouble finding work, although as the mother of two young sons she did not mind being unemployed as much as her husband did. Parks formed a highly successful construction business, and eventually the couple owned many apartment buildings scattered throughout the Los Angeles metropolitan area. Rather than sell them upon completion, Parks decided to retain ownership and collect rents as a landlord, a decision that proved to be extremely profitable. During this period, the couple occasionally performed in Las Vegas showrooms, summer stock productions, and touring companies of Broadway shows.[34] [35] 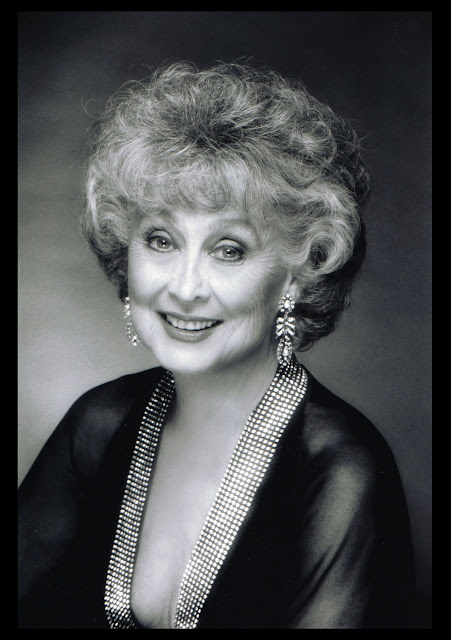 Betty Garrett died of an aortic aneurysm at Ronald Reagan UCLA Medical Center in Los Angeles on February 12, 2011, at the age of 91. She was cremated.[36] 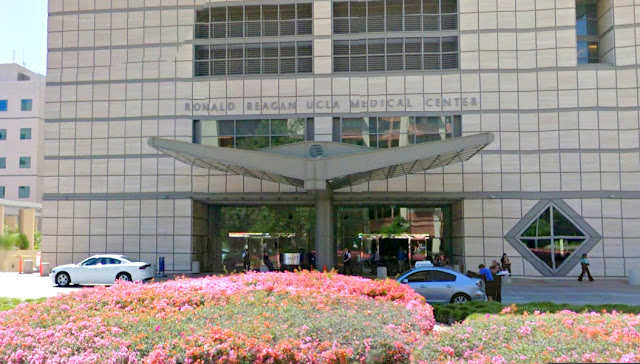 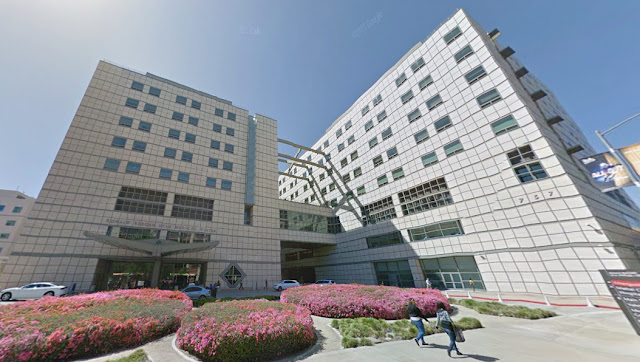 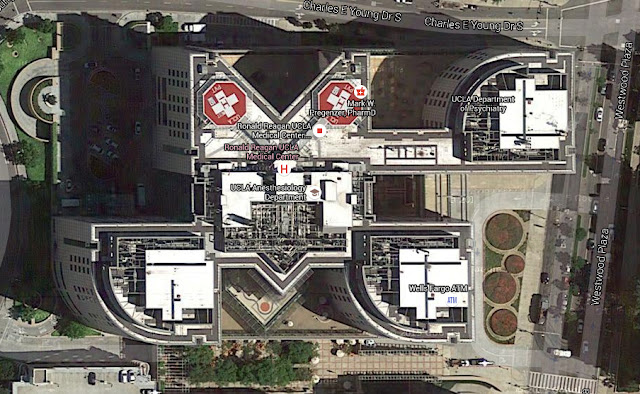 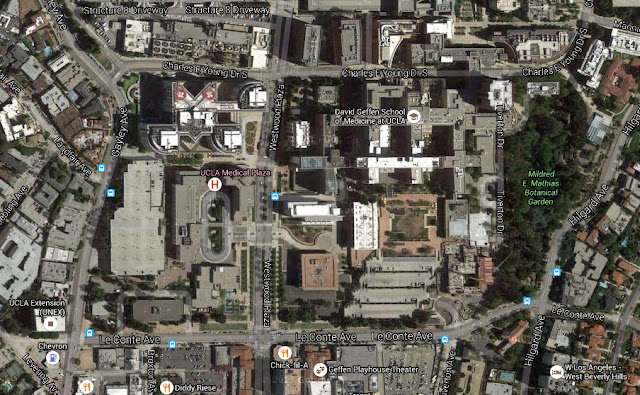 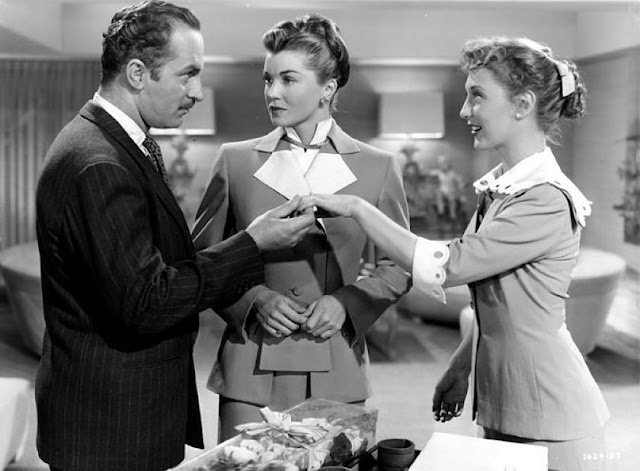 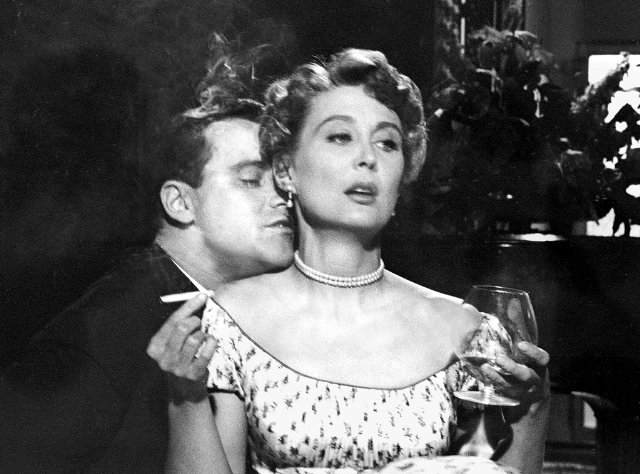 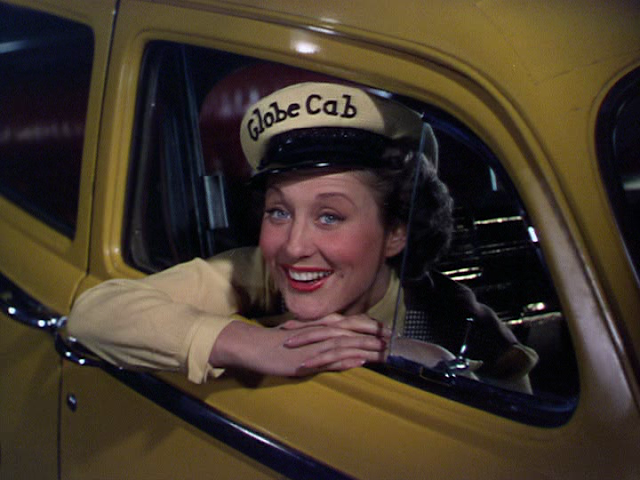