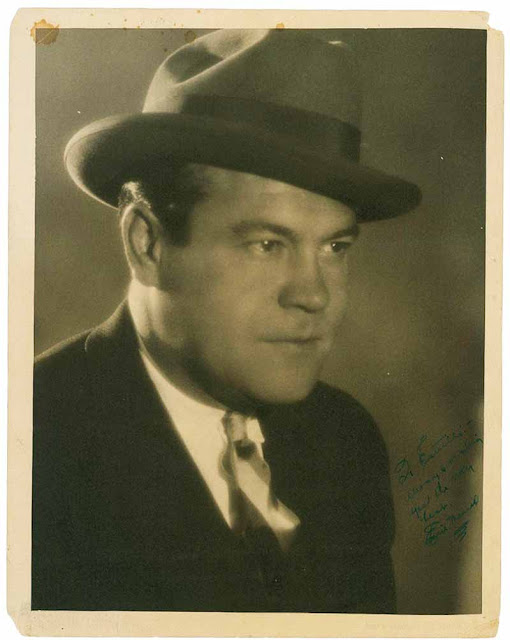 Joseph Edgar Allen John "Eddie" Mannix (February 25, 1891 – August 30, 1963) was an American film studio executive and producer. He is remembered for his work protecting Hollywood stars as a "fixer," a person paid to disguise details of the stars' often colorful private lives to maintain their public image.[1] Among his most lasting contributions to Hollywood was a ledger he maintained that lists the costs and revenues of every MGM film produced between 1924 and 1962, an important reference for film historians. 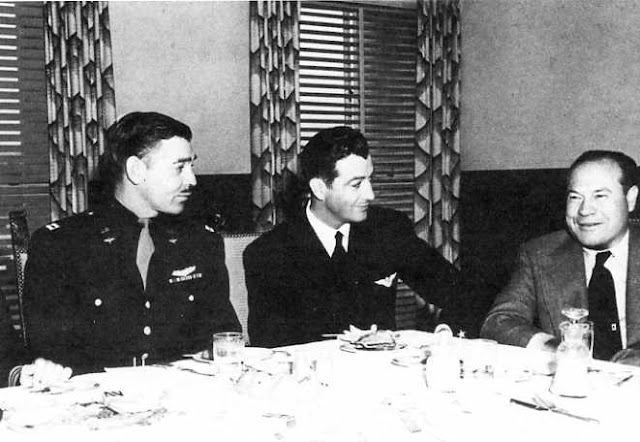 Mannix was born in Fort Lee, New Jersey, the son of John and Lizzie (née Striker) Mannix. Christened Joseph Edgar Allen John Mannix, he used Edgar Joseph Mannix as his official name, but was known to most associates as Eddie. After working as a bouncer and then treasurer of the Palisades Amusement Park, he became involved in motion picture exhibition, eventually working his way up to general manager and vice-president of Metro-Goldwyn-Mayer (MGM), becoming known as a "fixer," going on to help Spencer Tracy avoid a jailbait morals rap, getting a drunken Clark Gable out of a hit-and-run driving rap, etc.[2][3] 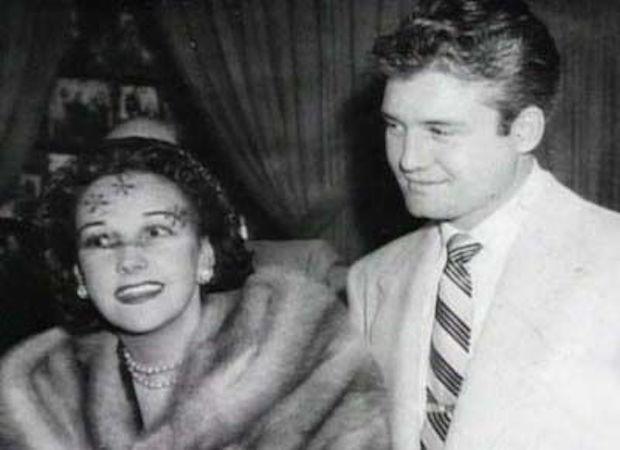 Mannix was tangentially associated with the death of actor George Reeves, the star of the Adventures of Superman television series.[4] Reeves had begun having an affair with Mannix's wife Toni in 1951.[5] Mannix reportedly approved of the affair, which was considered an open secret in Hollywood, as he was involved in a long-time affair with a Japanese woman.[6] As all three were Catholics and did not believe in divorce, the arrangement continued for the next several years.[5] Reeves ended the affair in early 1959 and soon became engaged to socialite Leonore Lemmon, which devastated Toni. Reeves died of a gunshot wound to the head at his home on June 16, 1959. His death was ruled a suicide, but controversy surrounding that ruling and the circumstances of his death began. Rumors arose that Mannix, who was also rumored to have had mafia connections, had Reeves killed for hurting his wife.[7] 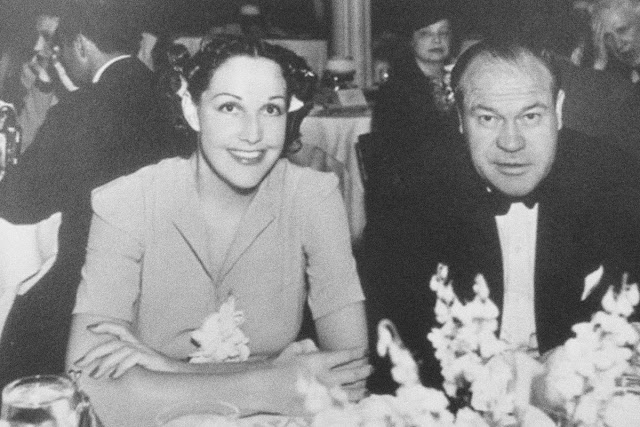 Mannix was married twice and had no children. He married Bernice Fitzmaurice in 1916. Mannix had numerous affairs during the marriage but the couple remained married due to their Catholicism.[8] However, in late 1937, Bernice petitioned for divorce claiming that Mannix physically abused her and also cited the affairs. Before the divorce was officially filed, Bernice died in a car accident outside Palm Springs, California on November 18, 1937.[9] 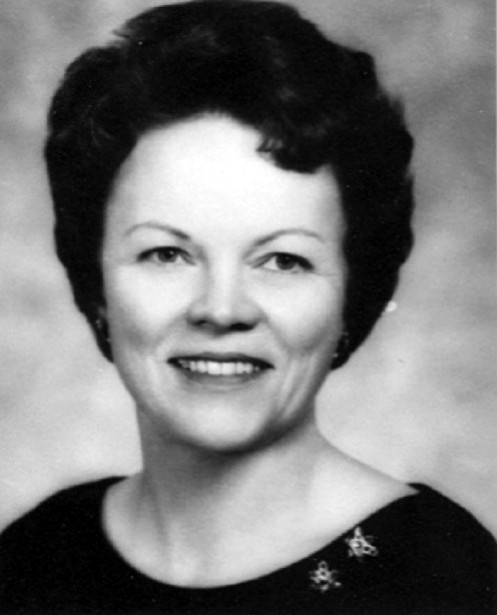 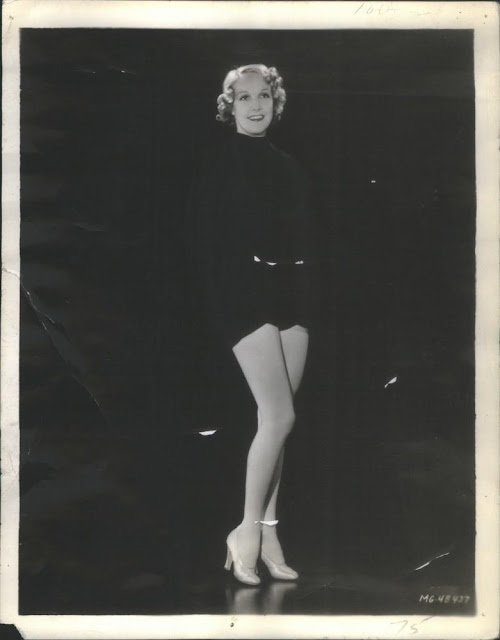 After Bernice's death, Mannix began living with actress and Ziegfeld Follies dancer Toni Lanier with whom he had been having an affair. They married in May 1951 and remained married until Mannix's death in 1963.[10] After her marriage to Mannix, Lanier met and began an affair with George Reeves, with the acquiescence of her husband, according to Reeves' co-stars Noel Neill and Jack Larson.[11] The affair was ended by Reeves in 1959. His death by gunshot wound to the head five months later was officially ruled a suicide, although questions have been raised about the circumstances under which he died. Kashner and Schoenberger's partially fictionalized biography Hollywood Kryptonite states as unsourced fact that Lanier, via her husband's criminal connections, ordered Reeves murdered.[12] This theory was endorsed by publicist Edward Lozzi, who stated in 1999 that he had witnessed Toni's deathbed confession.[12] 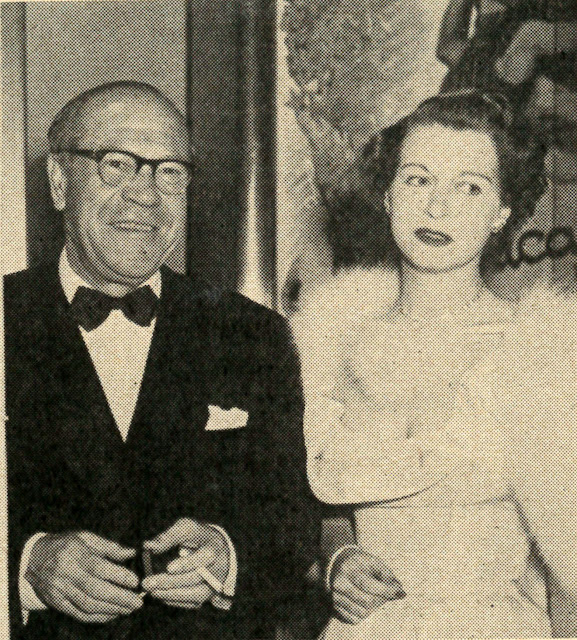 Mannix suffered from poor health due to a weak heart for a number of years. By 1959, he had survived several heart attacks and was confined to a wheelchair.[6] On August 30, 1963, he died of a heart attack at his Beverly Hills home at the age of 72.[13] He is buried at the Holy Cross Cemetery in Culver City, Los Angeles County.[10] 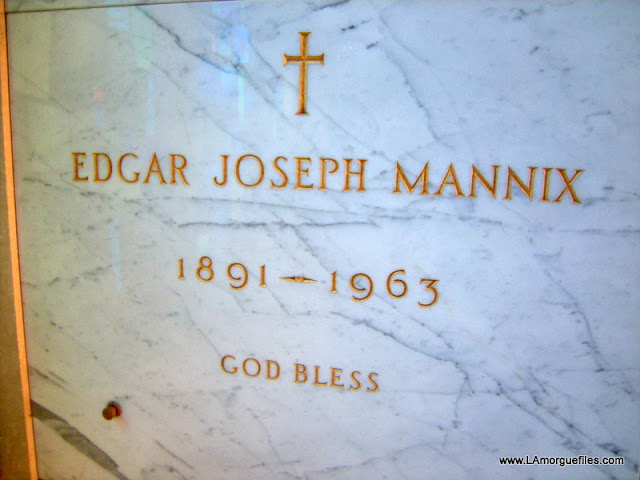 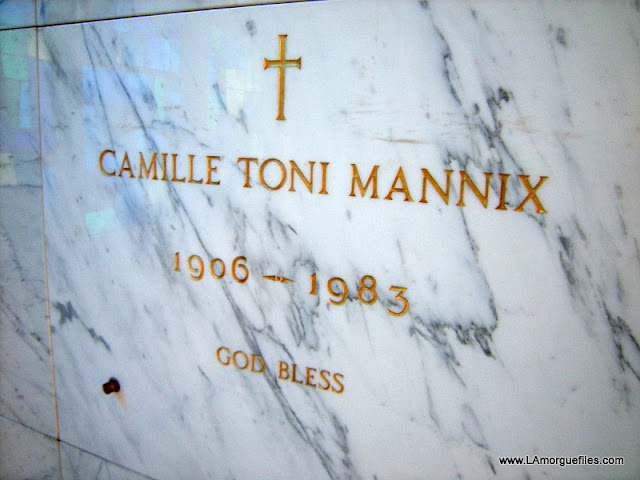 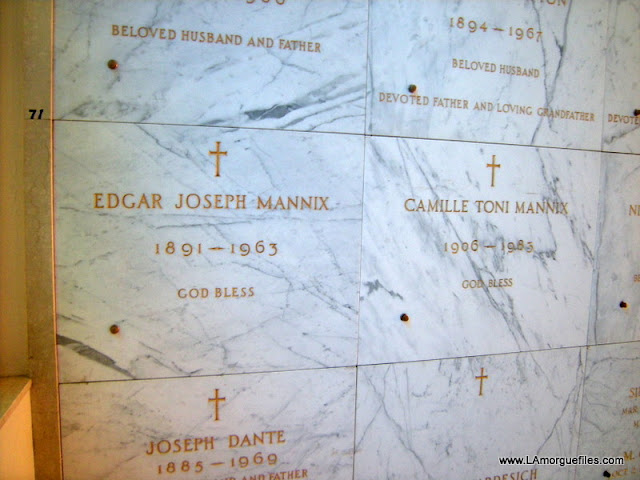 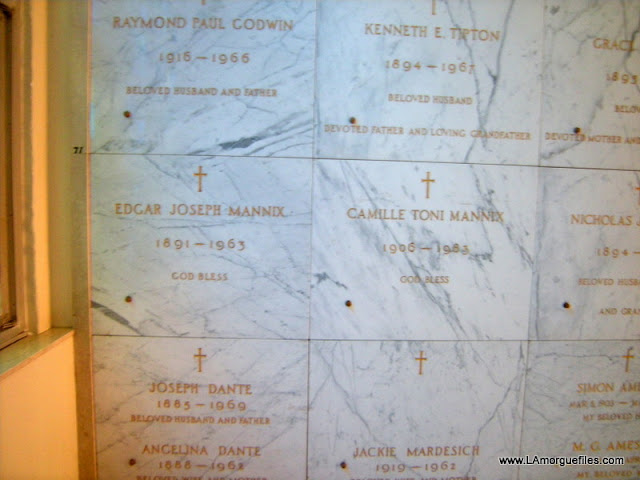 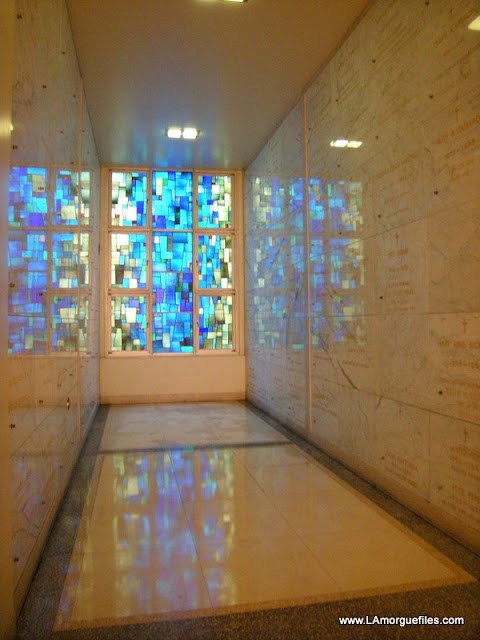 Bob Hoskins portrayed Mannix in the 2006 biographical film Hollywoodland, based on the life and death of Adventures of Superman actor George Reeves, played in the film by Ben Affleck.[14] 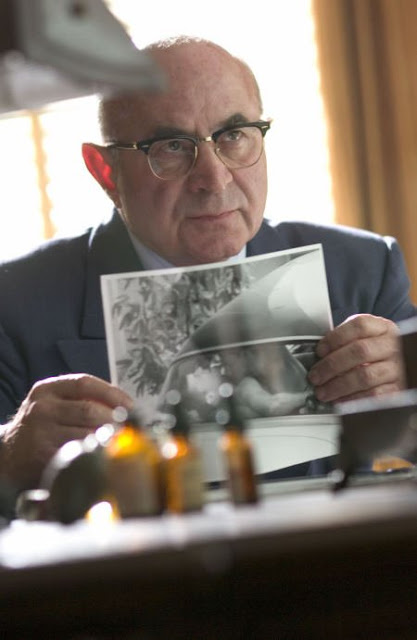 In June 2014, Universal Pictures announced they had acquired the rights to distribute Hail, Caesar!, a heavily fictionalized comedic film very loosely based on Mannix's career. Hail, Caesar! was released on February 5, 2016.[14][15] Joel and Ethan Coen wrote and directed the film, and Josh Brolin portrayed Mannix.[16] The film contains several references to real-life Hollywood history, but the Mannix character depicted is patriarch of a quiet family with two children and a doting housemaker wife (portrayed by Alison Pill). Although the film character is depicted as Eddie like the real Mannix, at least one shot of his office door reveals his first name to be Edward. 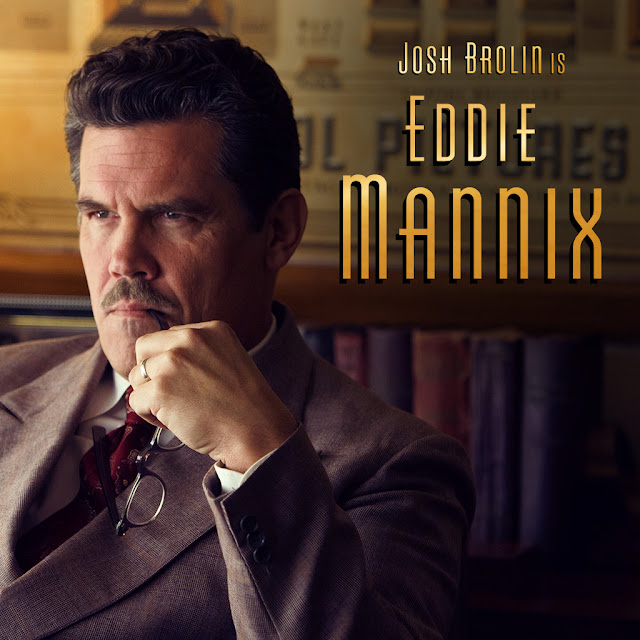 Eddie Mannix is a minor character in the Gore Vidal novel Myron. 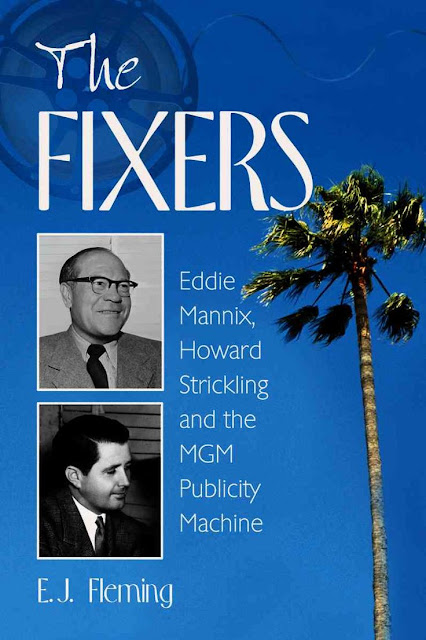 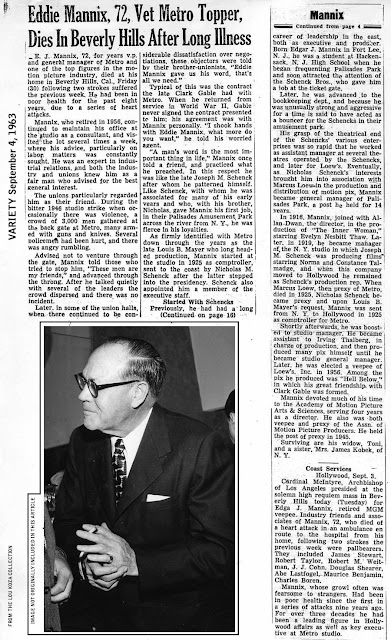