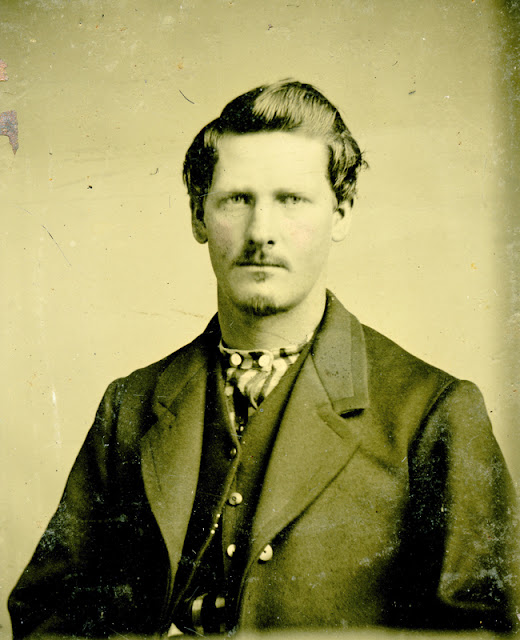 Wyatt Berry Stapp Earp (March 19, 1848 – January 13, 1929) was an American peace officer in various Western frontier towns, farmer, teamster, buffalo hunter, gambler, saloon-keeper, miner and boxing referee. He is best known for his participation in the Gunfight at the O.K. Corral, along with Doc Holliday, and two of his brothers, Virgil Earp and Morgan Earp. He is also noted for the Earp Vendetta. Wyatt Earp has become an iconic figure in American folk history. He is the major subject of various movies, TV shows, biographies and works of fiction.

Wyatt Earp eventually moved to Hollywood, where he met several famous and soon to be famous actors on the sets of various movies. On the set of one movie, he met a young extra and prop man who would eventually become John Wayne. Wayne later told Hugh O'Brian that he based his image of the Western lawman on his conversations with Earp. And one of Earp's friends in Hollywood was William S. Hart, a well-known cowboy star of his time. In the early 1920s, Earp served as deputy sheriff in a mostly ceremonial position in San Bernardino County, California.

Wyatt Earp died at home in the Earps' small apartment at 4004 W. 17th Street, in Los Angeles, of chronic cystitis (some sources cite prostate cancer) on January 13, 1929 at the age of 80. 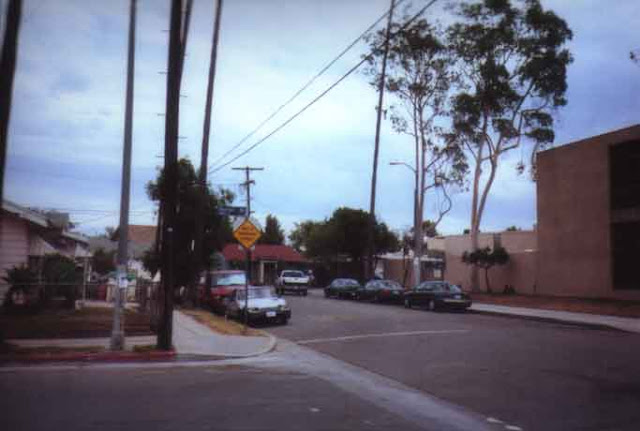 The house is long gone. It would have stood over by the two trees in the right side of the photo. Johnnie Cochran Middle School is to the right of frame.

Western actors William S. Hart and Tom Mix were pallbearers at his funeral. His wife Josie was too grief-stricken to attend. Josie had Earp's body cremated and buried Earp's ashes in the Marcus family plot at the Hills of Eternity, a Jewish cemetery (Josie was Jewish) in Colma, California. When she died in Los Angeles in 1944, Josie's ashes were buried next to Earp's. The original gravemarker was stolen in 1944 but has since been replaced by a new standing stone.