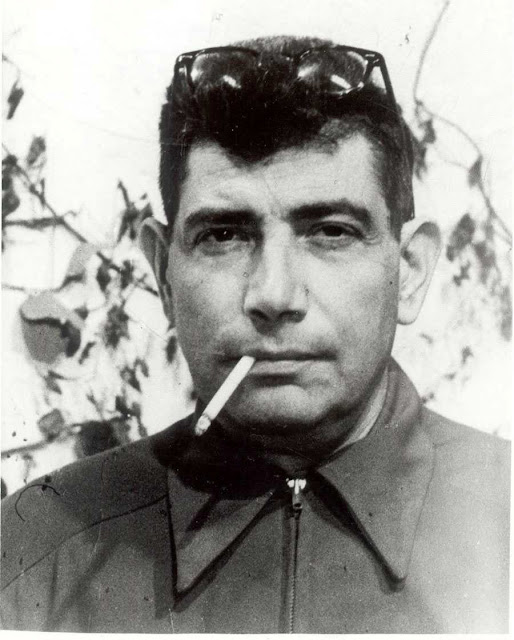 Edgar Georg Ulmer (September 17, 1904 – September 30, 1972) was a Jewish-Moravian,[1] Austrian-American film director who mainly worked on Hollywood B movies and other low-budget productions. His stylish and eccentric works came to be appreciated by auteur theory-espousing film critics over the years following his retirement. Ulmer's most cherished productions are the bizarre Universal Horror film The Black Cat[2] (1934) and the seminal film noir Detour[3] (1945). Most of his other films remain rather obscure. 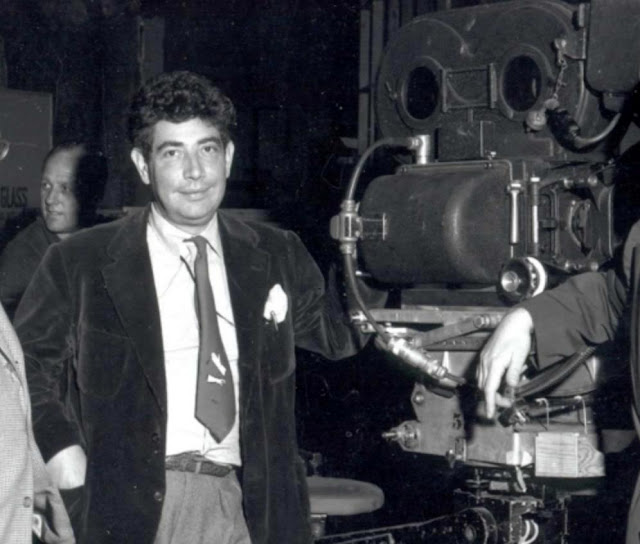 Ulmer was born in Olomouc, in what is now the Czech Republic. As a young man he lived in Vienna, where he worked as a stage actor and set designer while studying architecture and philosophy. He did set design for Max Reinhardt's theater, served his apprenticeship with F. W. Murnau, and worked with directors including Robert Siodmak, Billy Wilder, Fred Zinnemann and cinematographer Eugen Schüfftan, inventor of the Schüfftan process. He also claimed to have worked on Der Golem (1920), Metropolis (1927), and M (1931), but there is no evidence to support this. Ulmer came to Hollywood with Murnau in 1926 to assist with the art direction on Sunrise (1927). In an interview with Peter Bogdanovich, he also recalled making two-reel westerns in Hollywood around this time.[4] 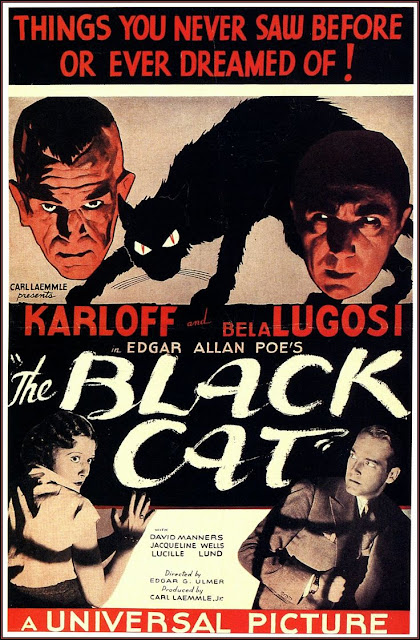 The first feature he directed in North America, Damaged Lives (1933), was a low-budget exploitation film exposing the horrors of venereal disease. His next film, The Black Cat (1934), starring Béla Lugosi and Boris Karloff, was made for a major studio, Universal Pictures. Demonstrating the striking visual style that would be Ulmer's hallmark, the film was Universal's biggest hit of the season.[5] 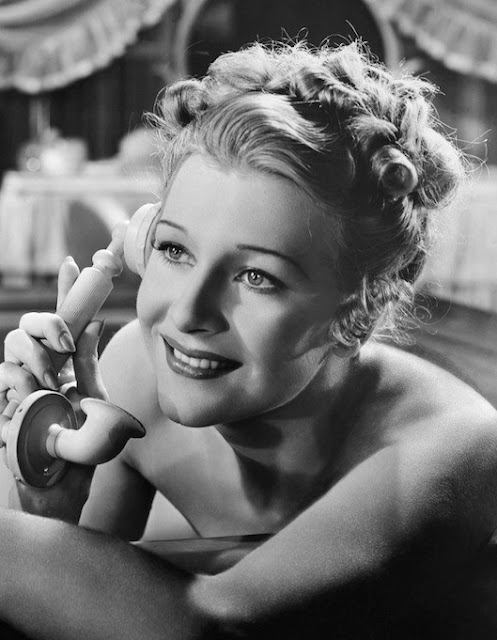 Ulmer, however, had begun an affair with Shirley Beatrice Kassler, who had been married since 1933 to independent producer Max Alexander, nephew of Universal studio head Carl Laemmle. Shirley's divorce in 1936 and her subsequent marriage to Ulmer the same year led to his being exiled from the major Hollywood studios. Ulmer would spend most of his directorial career making B movies at Poverty Row production houses.[6] His wife, now Shirley Ulmer, would act as script supervisor on nearly all of his films, and she wrote the screeenplays for several. Their daughter, Arianne, appeared as an extra in several of his films. 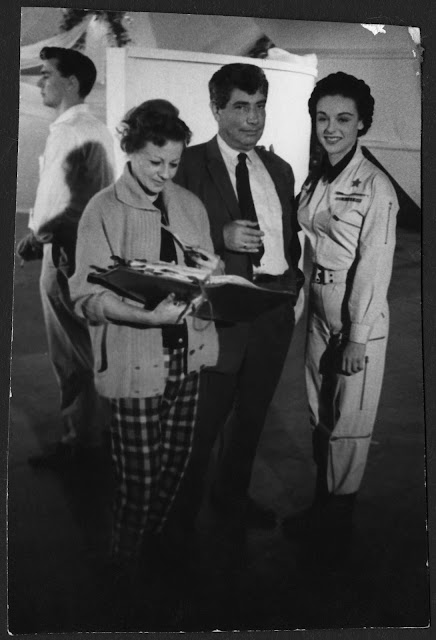 Consigned to the fringes of the U.S. motion picture industry, Ulmer specialized first in "ethnic films," notably in Ukrainian—Natalka Poltavka (1937), Cossacks in Exile (1939)—and Yiddish—The Light Ahead (1939), Americaner Shadchen (1940).[7] The best-known of these ethnic films is the Yiddish Green Fields (1937), co-directed with Jacob Ben-Ami. Ulmer eventually found a niche making melodramas on tiny budgets and with often unpromising scripts and actors for Producers Releasing Corporation (PRC), with Ulmer describing himself as "the Frank Capra of PRC."[8][9] 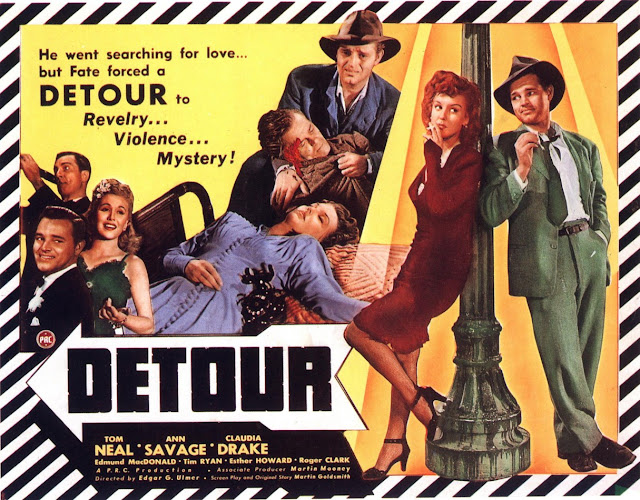 Ulmer's PRC thriller Detour (1945) has won considerable acclaim as a prime example of low-budget film noir, and it was selected by the Library of Congress among the first group of 100 American films worthy of special preservation efforts. In 1947, Ulmer made Carnegie Hall with the help of conductor Fritz Reiner, godfather of the Ulmers' daughter, Arianné. The film features performances by many leading figures in classical music, including Reiner, Jascha Heifetz, Artur Rubinstein, Gregor Piatigorsky and Lily Pons.[10] 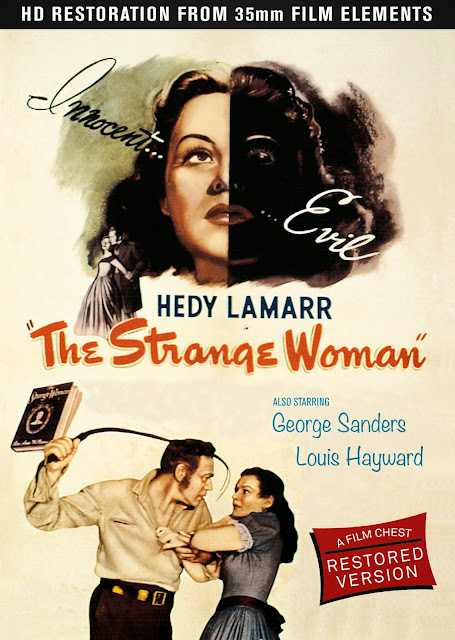 Ulmer did get a chance to direct two films with substantial budgets, The Strange Woman (1946) and Ruthless (1948). The former, featuring a strong performance by Hedy Lamarr, is regarded by critics as one of Ulmer's best. In 1951 he directed a low-budget science-fiction film with a noirish tone, The Man from Planet X. In 1964 he directed his last film, The Cavern, in Italy. 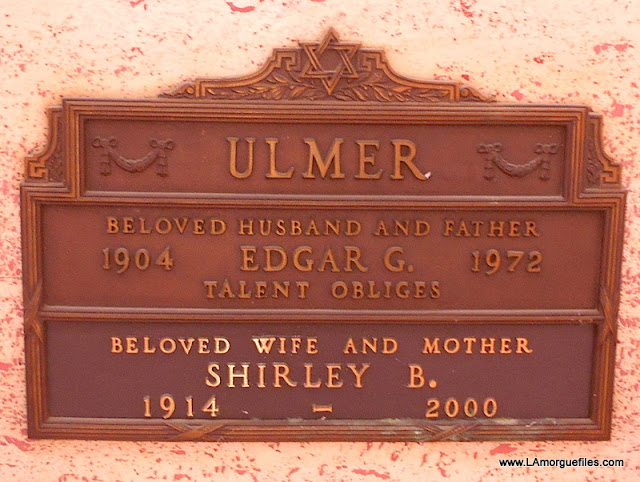 Ulmer died in 1972 in Woodland Hills, California, after a crippling stroke. He is interred in the Beth Olam Hall of David Mausoleum in the Hollywood Forever Cemetery in Hollywood, CA. His wife, Shirley Ulmer, is interred with him. 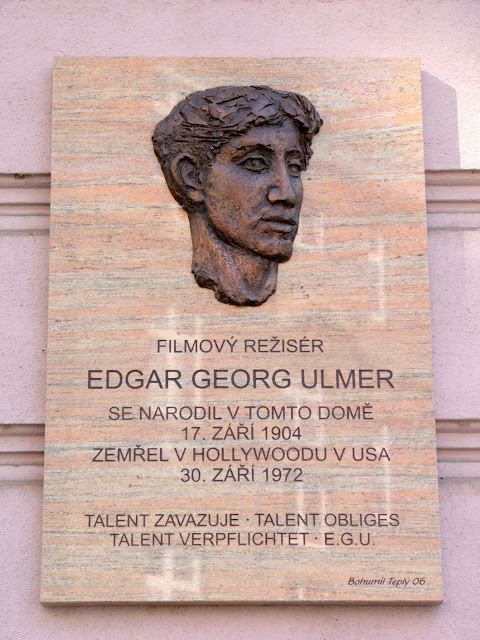 Commemorating the 30th anniversary of his death, a three-day symposium of lectures and screenings was held at New York City's New School in November 2002. In 2005, researcher Bernd Herzogenrath uncovered the address where Ulmer was born in Olomouc. A memorial plaque commemorating Ulmer's birth home was unveiled on September 17, 2006, on the occasion of Ulmerfest 2006—the first European academic conference devoted to Ulmer's work. 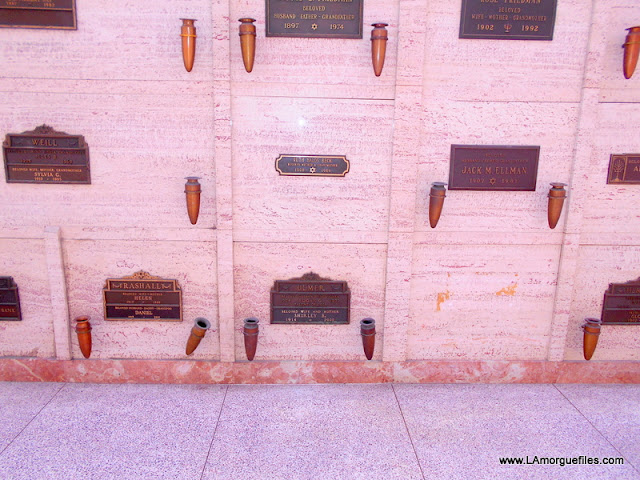 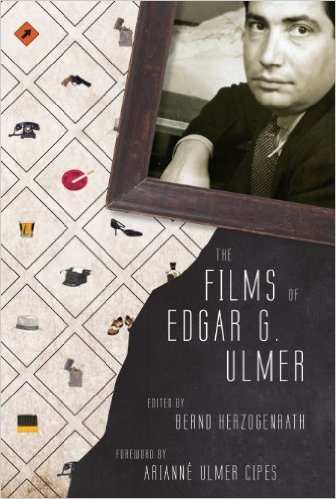 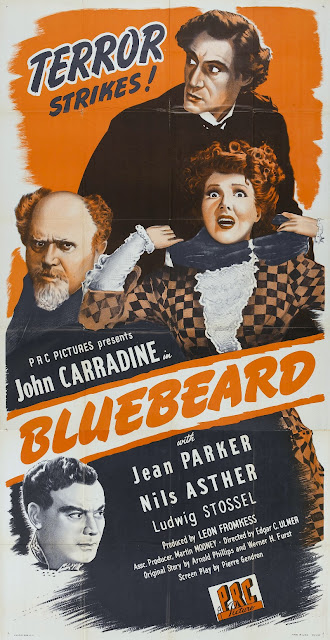 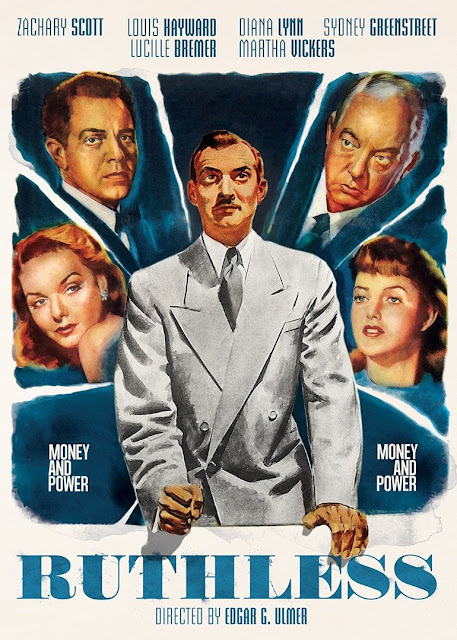 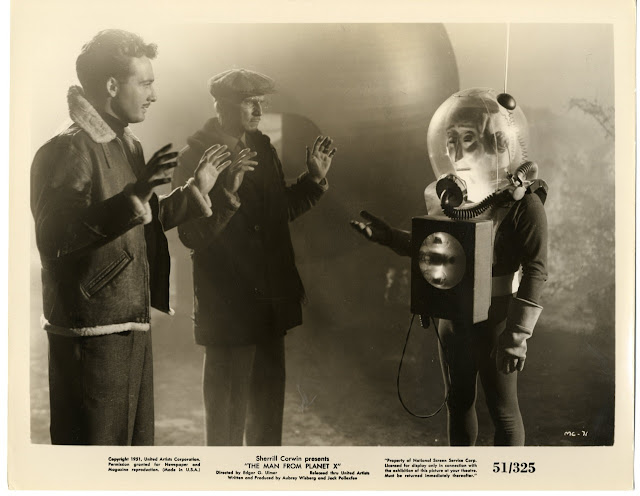 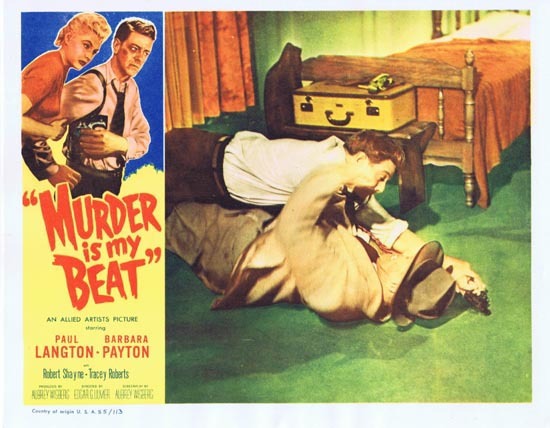 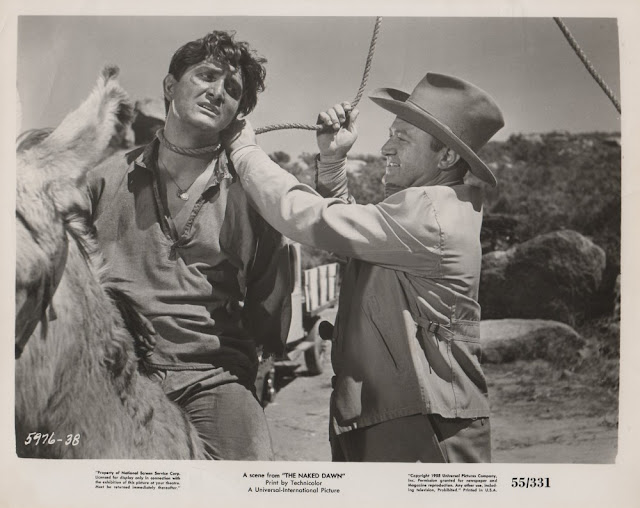 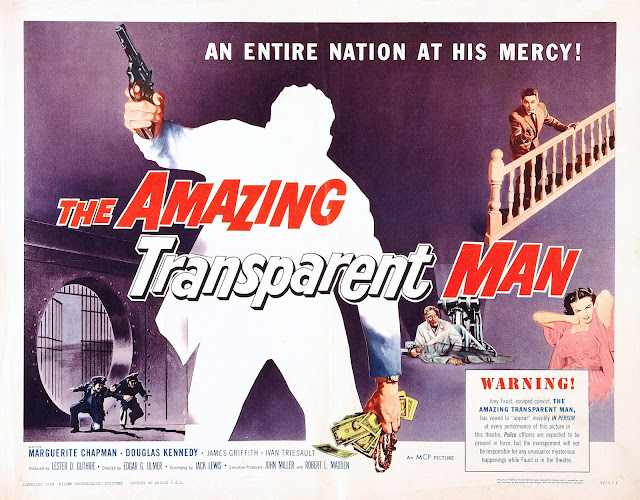 "I really am looking for absolution for all the things I had to do for money's sake."[17] 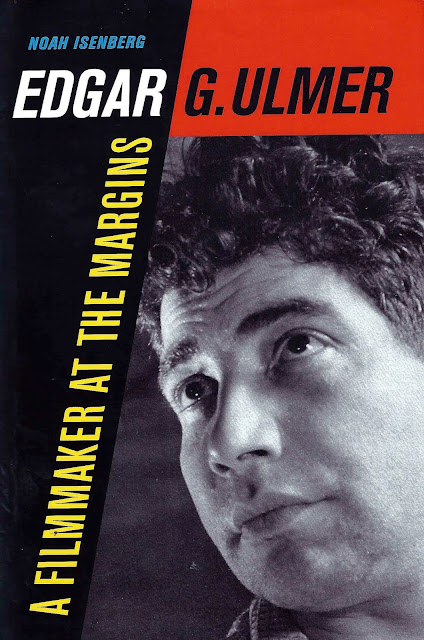 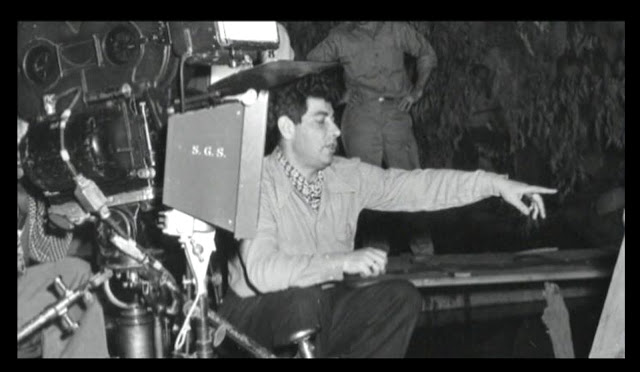