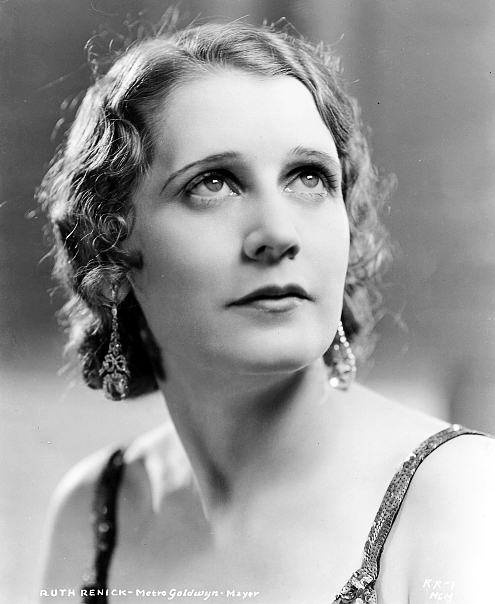 Born in Colorado, Texas,[2] Renick was the daughter of Mr. and Mrs. R. H. Griffin.[3] While she was a high school student in Phoenix, Arizona, she joined the Maitland Davis stock theater company, working with the troupe for four months.[4] 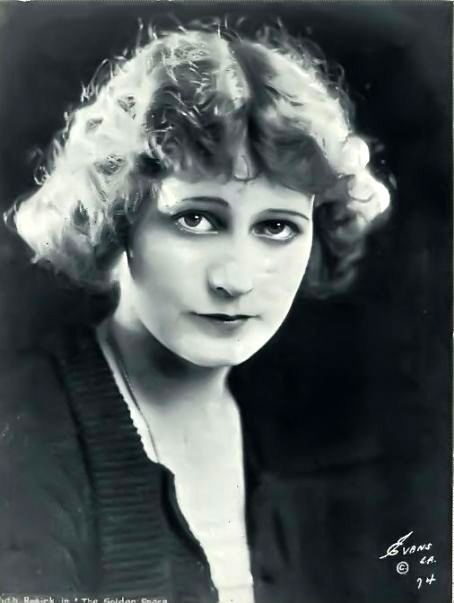 In 1916, Renick joined the Redmond stock company, debuting on June 1 in San Jose in When Knighthood Was in Flower.[5] She later acted with the Wilkes stock company in Seattle.[3] With Wilkes, she was featured in ingenue roles.[6] After some time spent working in films, she went to the Fulton Theater in Oakland to be the leading lady in its productions.[4] 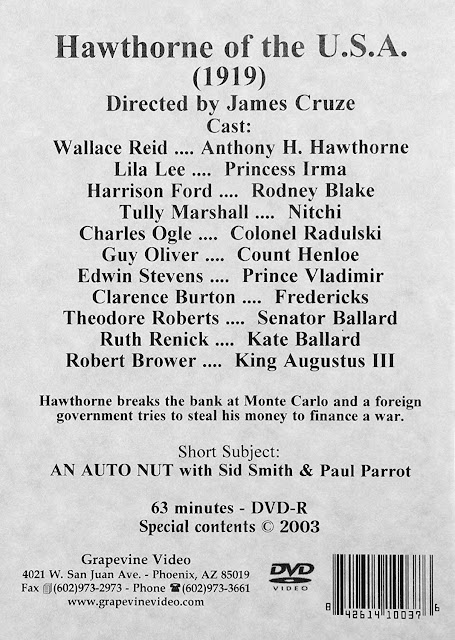 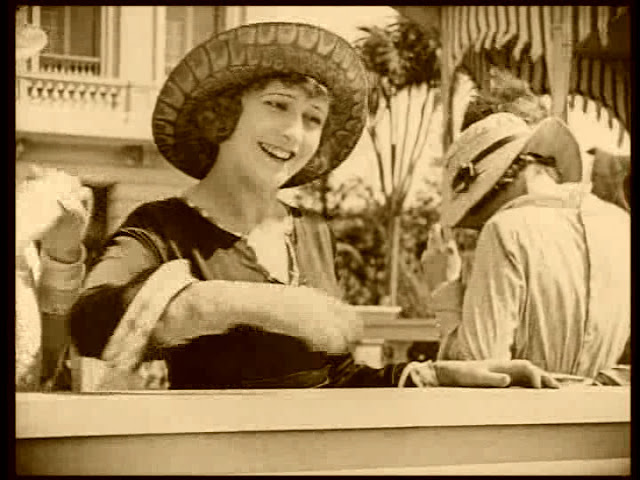 Soon after that, she was signed by Douglas Fairbanks and appeared with him in The Mollycoddle.[9] 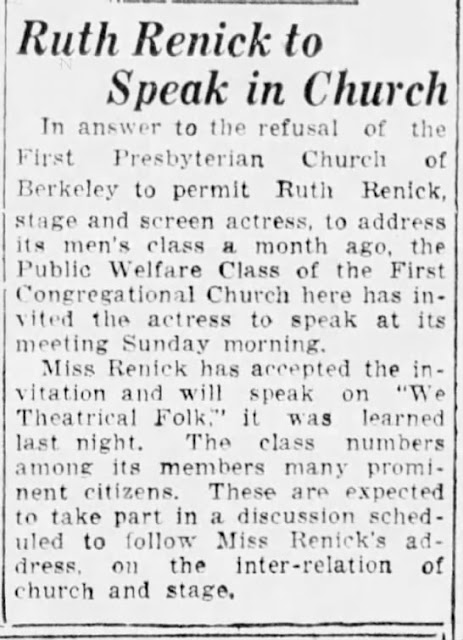 Controversy over invitation to speak at church

Renick found herself in a controversy in 1928 following the cancellation of an event in which she was to speak to the Men's Club of First Presbyterian Church in Berkeley, California. Renick was to talk about the film The King of Kings (1928) in the same meeting in which the dean of San Francisco Theological Seminary was to speak about what laymen could do for a church. However, on the morning of the scheduled meeting the speakers were notified that it had been canceled.[10] 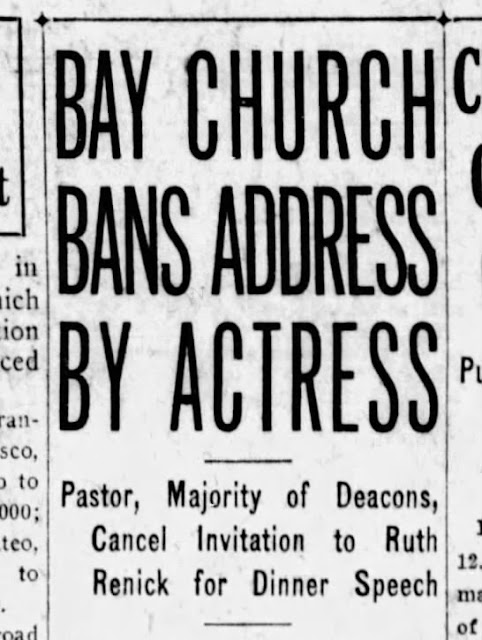 When pressed for an explanation, the church's pastor said that its governing body decided "not to have any member of the organized theatrical profession" speak to the church's members.[11] 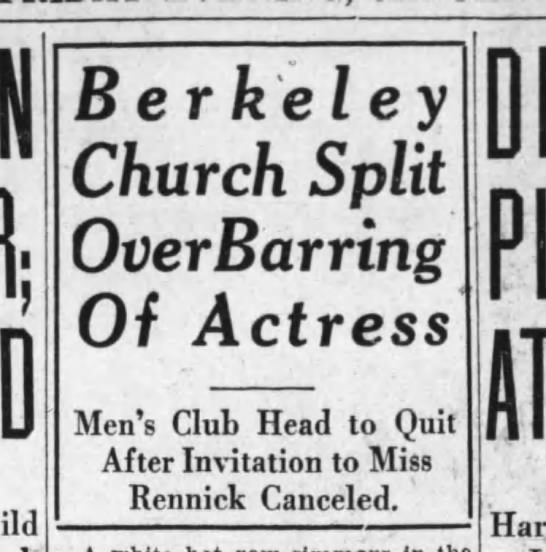 The cancellation resulted in front-page coverage in The San Francisco Examiner and the Oakland Tribune, with additional reporting inside each publication.[10][12] She was invited to speak the following week at the First Unitarian Church of Oakland but declined after she received a letter that contained a death threat.[13] 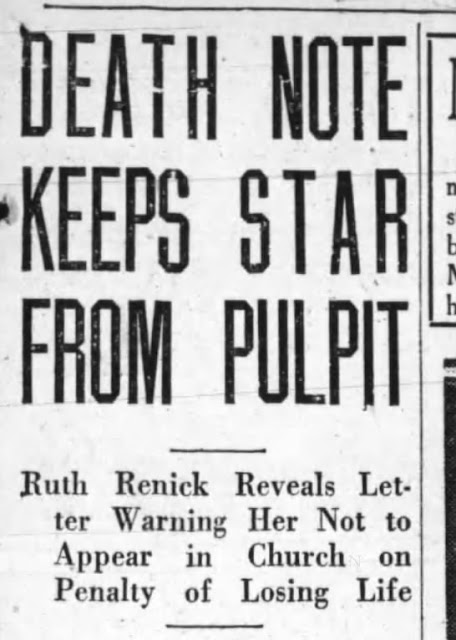 About six weeks later, Renick spoke to a class at the First Congregational Church of San Francisco, discussing relationships between the church and the theater.[14] 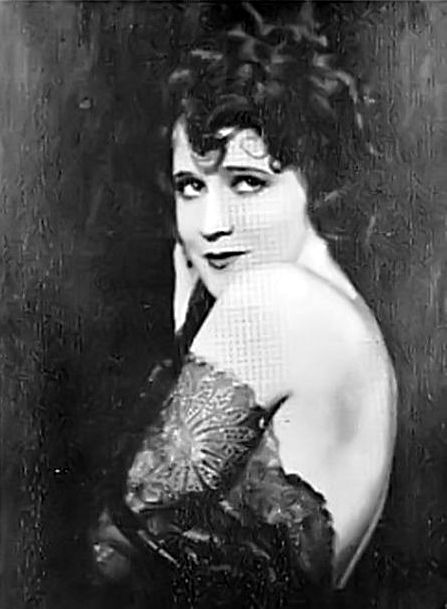 In 1924, the question of whether Renick was married came to the public's attention when Wellington N. Bellford was arrested for impersonating an Army officer. Bellford denied that he and Renick were married, while she said, "But we were married."[15] Asked for details about the wedding, Renick replied, "I cannot say when or where, as my husband appears to have denied it."[15] 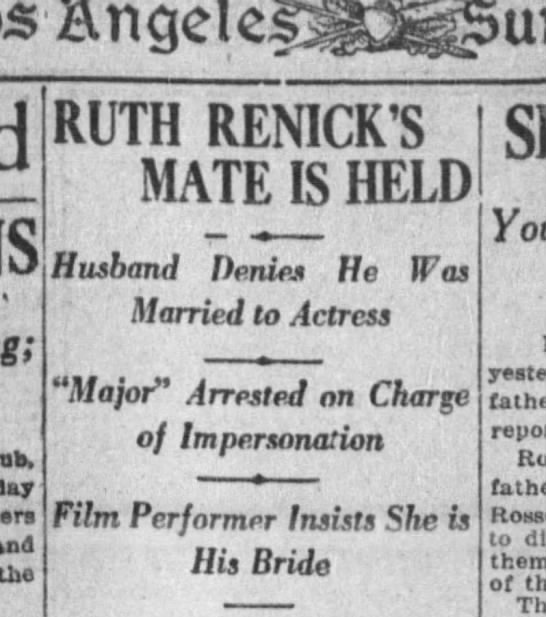 Her brother-in-law and sister reported Bellford's impersonation to the police after they investigated the supposed marriage but found that no marriage license had been issued for the couple in Santa Clara County or in San Jose, where Renick had told them that the couple had wed.[15] The impersonation charge against Bellford was dismissed in 1928, and authorities decided that he had used a mock wedding ceremony to trick Renick.[16] 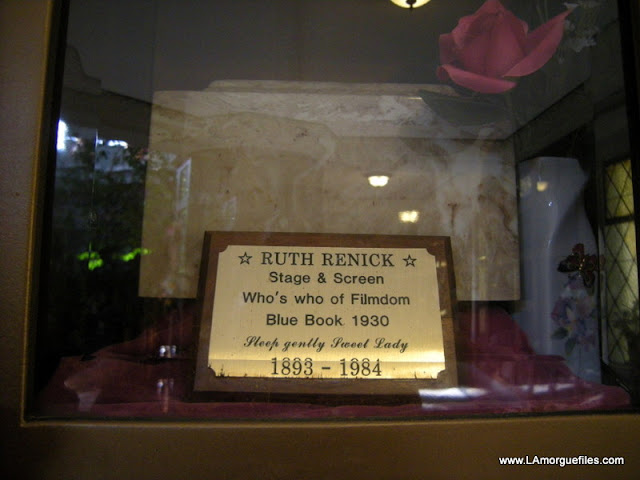 On May 4, 1984, Renick died in Hollywood, California,[2] at age 90. She is interred in the Chapel Columbarium at Hollywood Forever Cemetery. 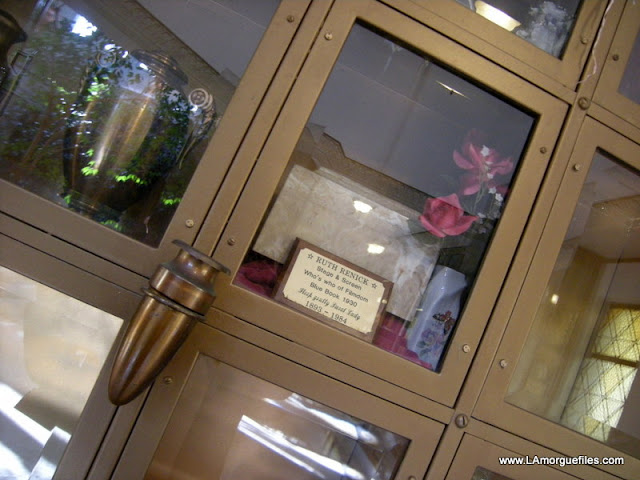 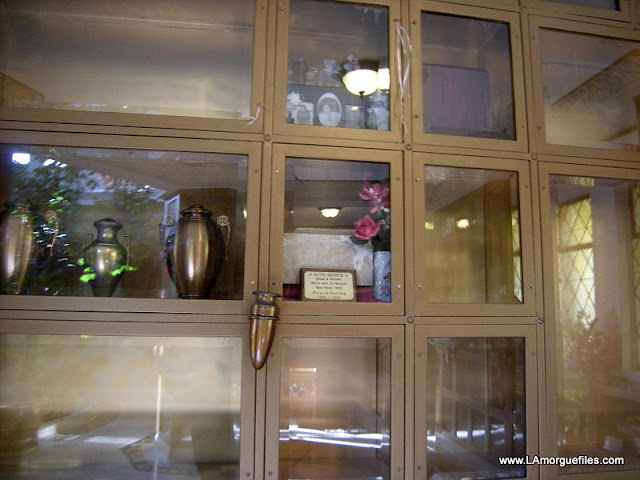 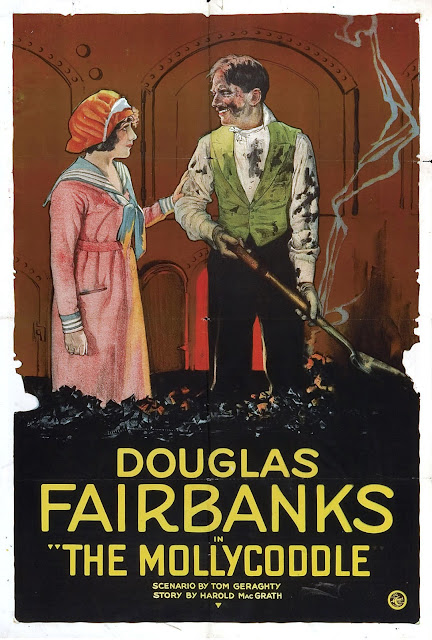 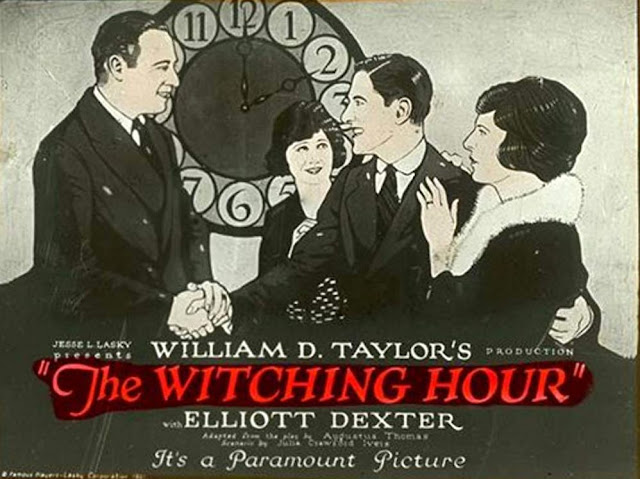 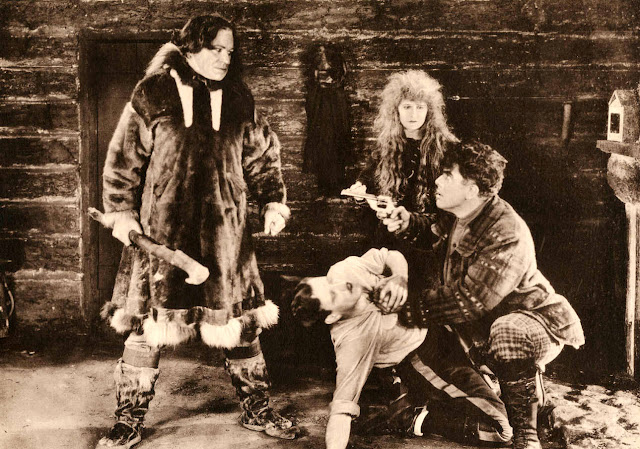 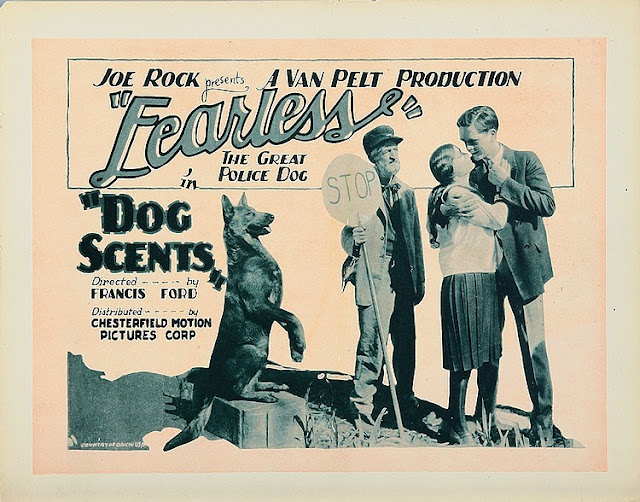 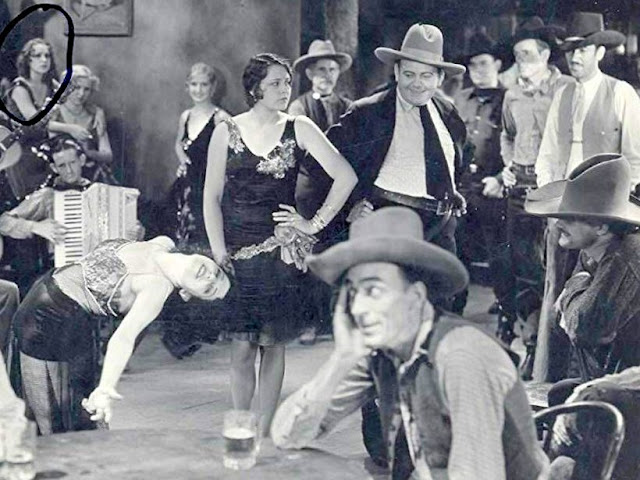 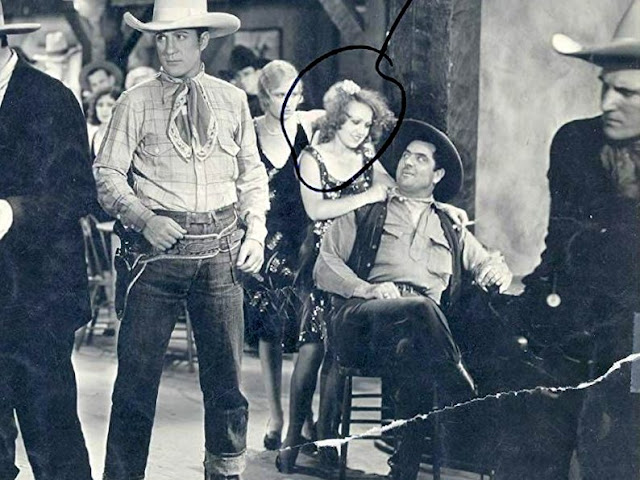 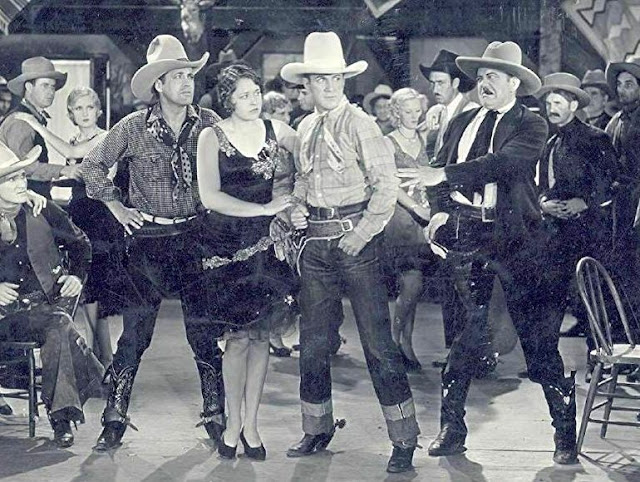 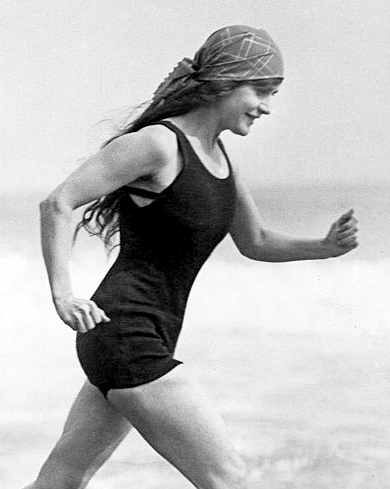 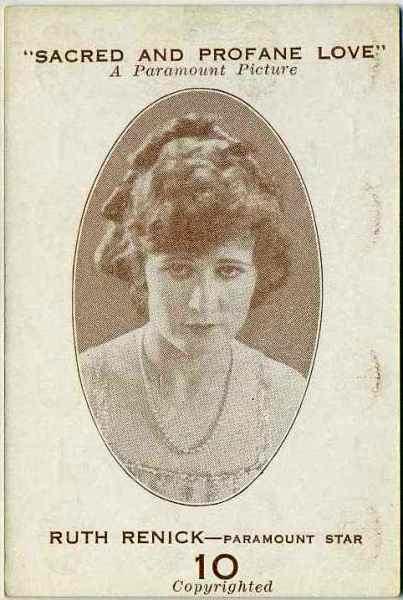