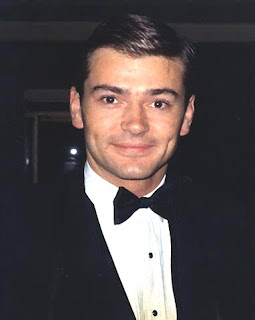 Peter Ellstrom Deuel was born in Rochester, New York, and grew up in nearby Penfield. He attended St. Lawrence University in Canton, New York, where he majored in English. Still, he preferred performing in the drama department’s productions to studying for his classes during his two years there. When his father came to see him in The Rose Tattoo, he realized that his son was only wasting time and money at the university, and told him to follow a career in acting.[1] Moving to New York, Duel landed a role in a touring production of the comedy Take Her, She's Mine. In order to find work in the movies, Duel and his mother drove across the country to Hollywood in 1963 with only a tent to house them each night.[2] 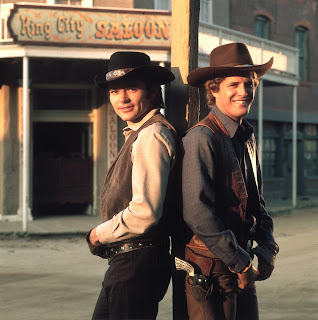 In Hollywood, he found work in television, making small guest appearances in comedies like Gomer Pyle, USMC and dramas, such as ABC's Channing with Jason Evers and Combat! with Rick Jason and Vic Morrow. In 1965 he was cast in the comedy series Gidget. Duel played Gidget's brother-in-law, John Cooper, on the series and appeared in twenty-two of the thirty-two episodes. Gidget was canceled after only one season in 1966, but Duel was immediately offered the starring role of Dave Willis, a newlywed apprentice architect, in an upcoming romantic comedy called Love on a Rooftop. Although the show earned good ratings, ABC decided to not bring it back after its first season. Duel wished to move from sitcoms to more serious roles.[3] He appeared in The Psychiatrist, The Bold Ones, Ironside, and Marcus Welby, M.D.. He also made feature films during this time, beginning with the important role of Rod Taylor’s best friend and co-pilot, Mike Brewer, in The Hell with Heroes in 1968 and the next year in Generation. Following that movie, he went to Spain to film Cannon for Cordoba (1970), a western in which he played the mischievous soldier, Andy Rice. Due in part to their uncanny resemblance his younger brother, Geoffrey Deuel (who starred in the movie Chisum with John Wayne as the character Billy the Kid), is sometimes mistaken for him.

In 1970 Duel was cast as the outlaw Hannibal Heyes, alias Joshua Smith, opposite Ben Murphy, in Alias Smith and Jones, a light-hearted western about the exploits of two outlaws trying to earn an amnesty. During the hiatus between the first and second seasons, he starred in the television production of Percy MacKaye’s 1908 play, The Scarecrow.

Duel became involved in politics during the primaries for the 1968 presidential election, campaigning for Eugene McCarthy, in opposition to the Vietnam war.[4] He attended the Democratic National Convention in Chicago, and witnessed the violence that erupted.[5] 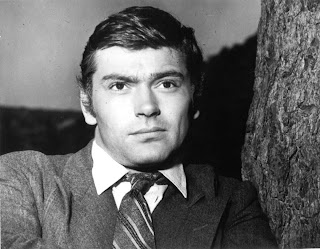 In the early hours of December 31, 1971, Duel apparently shot himself, after drinking heavily that evening.[6] At the time, his girlfriend, Dianne Ray, was in the house but not in the same room, and did not witness what happened. In October 1970 he had been the driver in a car wreck in which another person was injured, and was facing legal problems; an astrologer had then told him that 1972 was going to be a difficult year for him. After his death, his role in Alias Smith and Jones was taken over by Roger Davis (previously, the series' narrator), but the sudden loss proved too great and fans were slow to accept the dissimilar-looking Davis. The series was cancelled in 1973. 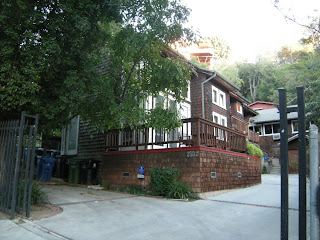 Duel is buried in the Oakwood Cemetery in Penfield, New York.[7]