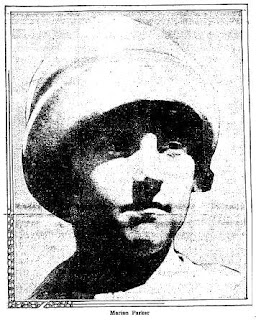 Marion Parker[1] (October 11, 1915 - December 17, 1927) was the 12-year-old daughter of Perry Parker, a prominent banker in Los Angeles. She had a twin sister named Marjorie. On December 15, 1927, Marion was abducted from her school by William Edward Hickman, who called himself "The Fox." Her murder has since become the subject of folk songs.[2][3] Songs and some reports about Marion frequently misspell her name as Marian.

Hickman took Marion from her school, Mount Vernon Junior High School in the Lafayette Square section of Los Angeles, by telling the registrar, Mary Holt, that Perry Parker had been seriously injured in an accident and wished to see his daughter. Hickman was posing as an employee of the bank where Perry Parker worked. Mary Holt said during Hickman's trial that she "never would have let Marion go but for the apparent sincerity and disarming manner of the man."[4]

Hickman then sent letters demanding money for several days. All the communications were signed with names such as "Fate," "Death," and "The Fox." A first attempt to deliver the ransom was ruined when Hickman saw police in the area. Continued communications from Hickman set up a new meeting to exchange ransom at the corner of 5th Avenue and South Manhattan Street in Los Angeles. Mr. Parker arrived alone at the place with the ransom money, $1,500 in $20 gold certificates. Mr. Parker handed over the money to a young man who was waiting for him in a parked car. When he paid the ransom, he could see his daughter Marion sitting in the passenger seat next to the suspect, wrapped up to her neck and apparently unable to move. As soon as the money was exchanged, Hickman drove off, pushing Marion's body out of the car at the end of the street. The coroner later testified that she had been dead for about 12 hours. Her arms and legs had been cut off and she had been disemboweled and stuffed with rags. Her eyes were wired open so as to make her appear alive.[5] Hickman later said that he had strangled her and cut her throat first, but he believed that she was still alive when he began to dismember her. Her arms and legs were found on December 18 in Elysian Park wrapped in newspaper.[6] 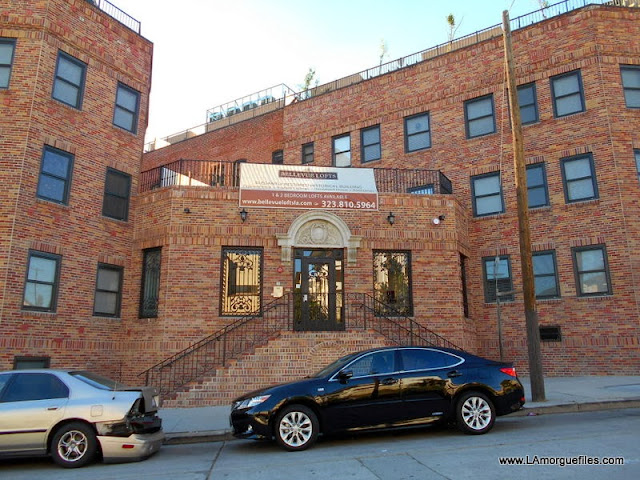 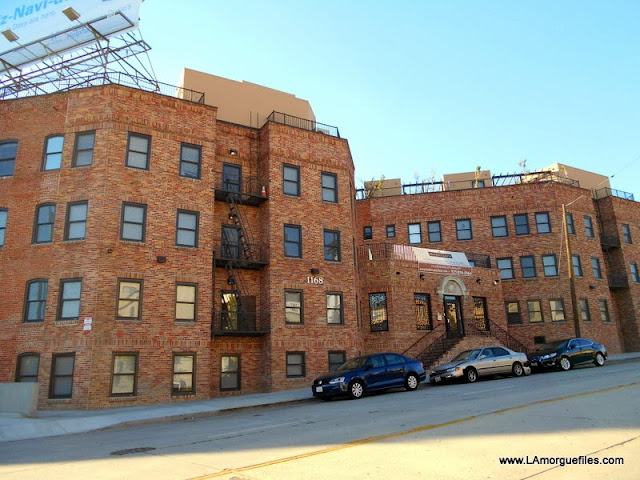 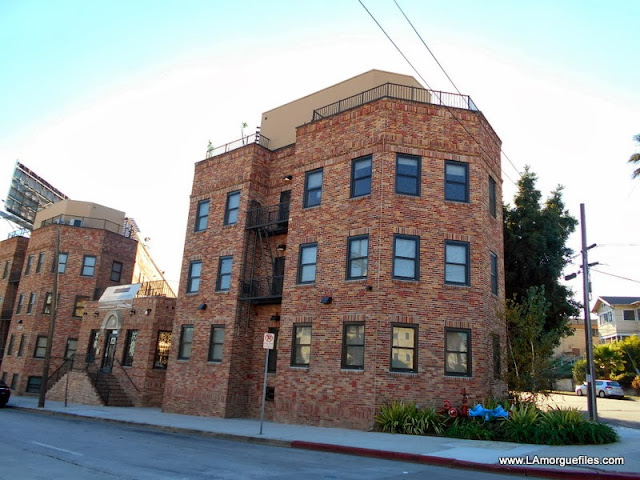 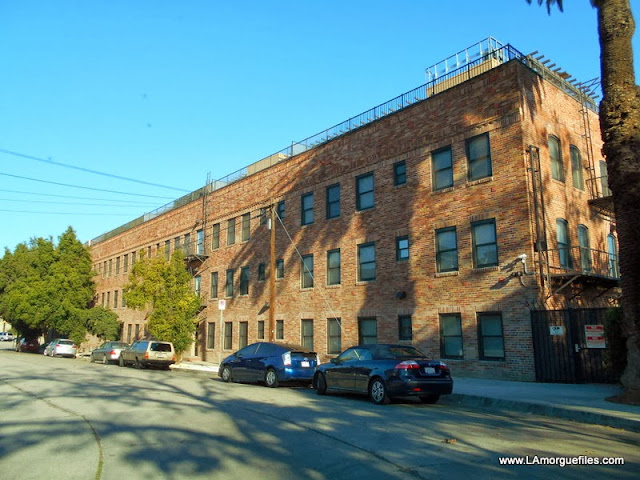 This building was recently renovated and the building is now open for occupancy.

Hickman also confessed that he originally had no intention of killing Marion but did so because she had learned his identity and because he had been previously employed by her father at the bank. He also said that he had cut up the body with the intention of disposing of it but later realized that the father would want to see his daughter before paying the ransom. He then attempted to reconstruct and disguise the body to appear alive.[7]

A massive manhunt for Marion's killer began that involved over 20,000 police officers and American Legion volunteers. A reward of $50,000 was offered for the identification and capture of the killer, dead or alive.[6] Suspicion settled upon a former employee of Mr. Parker named William Edward Hickman. Several years before the abduction, Hickman was arrested on a complaint by Mr. Parker regarding stolen and forged checks. Hickman was convicted and did prison time.[6] Police traced a laundry mark on a shirt found with Marion's body to an apartment house in Los Angeles, where they questioned a man named Donald Evans who matched Hickman's description. Evans allowed the police to search his apartment, but they found no evidence and left. Evans then disappeared but was later identified as Hickman. The getaway car used at the ransom exchange had been found by police, and it was identified as having been stolen weeks before. Investigators had Hickman's fingerprints on file owing to his previous arrest and incarceration, and they matched them to prints found on ransom notes and on the getaway car.

Capture and death of Hickman

A week after the murder, officers Tom Gurdane and Buck Lieuallen found Hickman in Echo, Oregon, and recognized him from wanted posters.[4] He was extradited back to Los Angeles, where he confessed to another murder he committed during a drug store holdup as well as to many other armed robberies.[5]

In an attempt to plead insanity, Hickman told his attorneys that he had killed Marion on the directive of a supernatural being called Providence. This was one of the first insanity pleas on behalf of an accused killer in California, but Hickman failed to convince the jury that he was insane. He was convicted of murder and later was hanged at San Quentin prison in 1928.[5]

Motives for the crime

Hickman pleaded insanity as his official motive for the crime when at trial, although he had initially told police that he needed the $1,500 to go to a Bible college.[5] Evidence against his insanity defense included prison guards from Oregon who testified that Hickman had asked "how to act crazy." Prosecutors, however, speculated that he wanted revenge against Mr. Parker for testifying against him in his earlier trial for theft and forgery.[6] There is evidence that he did it in part for the notoriety because he told a reporter he wanted as much press coverage as high-profile killers Leopold and Loeb.[6]

1.^ Findagrave.com: The spelling of Marion's name is confirmed by the urn containing her ashes.
2.^ Marion Parker ballads
3.^ Little Marian Parker as sung by Glenn Orhlin, Mountain View, Arkansas, on May 29, 1969
4.^ Marion Parker news stories archived by 1947project
5.^ "Fate, Death and the Fox" at crimelibrary.com
6.^ The murder of Marion Parker by Mark Gribben
7.^ ERBzine 1767: Hickman trial report by ERB