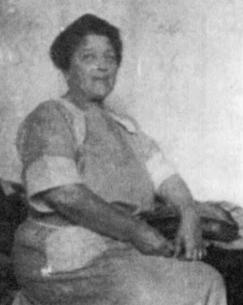 Josephine Sarah Marcus (born ca. 1861 - died December 19, 1944) was an American actress and professional dancer who became best known as the wife of famed Old West lawman and gambler Wyatt Earp. According to United States Census records, Marcus was born in the state of New York about 1861, although the exact date and city of her birth are not known. Marcus was known alternately by either "Josie" or "Sadie."

The middle child of four, Marcus moved with her family to San Francisco when she was young. Her baker-father, Henry, and her mother, Sophia, were both Jewish immigrants from Prussia; it is not known when they arrived in the United States. The Marcus household also included siblings Nathan (born about 1857) and Henrietta (born about 1863).

At the age of 18, Marcus and friend Dora Hirsh ran away to join a theatrical company, where the two were hired as dancers. As members of Paulina Markham's traveling theater company, Marcus and Hirsh travelled throughout the west, including Arizona Territory. Records show that the Markham troupe reached Tombstone in December 1879, after which they headed north to Prescott. 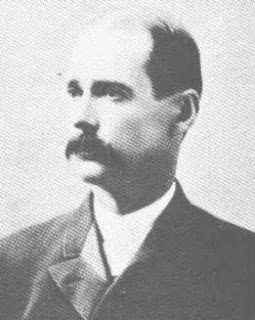 During their trip to Prescott, Josie met Johnny Behan (above), then a Yavapai County sheriff's deputy. At the time of the troupe's trek to Prescott, Behan was travelling the same route, following the trails of three fugitive robbers. Marcus caused quite a stir in Behan's heart, and he left the pursuit in order to spend time getting to know the woman with whom he had fallen in love. Soon after arriving in Prescott, however, Marcus became homesick and returned to San Francisco.

Johnny Behan followed her, in order to ask her to marry him. Marcus declined, and he returned to Arizona. Marcus, however, soon returned to Tombstone, where she lived with a lawyer while working as a housekeeper for Behan and his ten year old son, Albert. This version of her return has been disputed, as some believe that she was really living with Behan all along after her return to Tombstone, while other versions indicate she was working as a prostitute with the lawyer acting as her pimp.

In the midst of their romantic relationship, Behan continued to see other women, a fact known by most, including Marcus. She wrote a letter to her father, who sent her $300 for a return to San Francisco. Rather than leaving Tombstone, Marcus was instead convinced by Behan to use the money to build a house for them. In addition to using her father's money, Josie pawned a diamond ring in order to complete the construction. 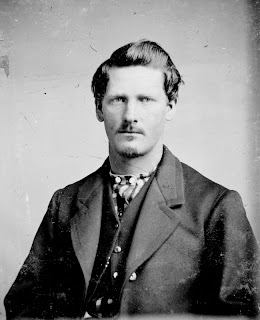 In 1881, Behan became involved in a serious romantic relationship with another woman and Marcus then left him for good, becoming enamored instead with Wyatt Earp (above). Behan suffered public embarrassment because of this; in Tombstone, everyone thought that Marcus and Behan were legally married. Her breakup with Behan and her arrival into Wyatt's life were publicized by the Tombstone Epitaph, the leading local newspaper. To add to the scandal, Earp was in a common-law marriage with Mattie Blaylock since 1873. It is reported that the two women had at least two verbal altercations over the affair between Josie and Wyatt Earp.

Gunfight at the OK Corral

The embarrassment suffered by Behan was one of many factors that may have contributed to the gunfight at the O.K. Corral. Numerous other events between Wyatt Earp and Ike Clanton, and others of the Clanton gang, actually sparked the gunfight; the feud between Behan and Earp was little more than a side show. On October 26, 1881, Josephine Marcus was at her home when she heard the sound of gunfire. Taking a wagon in the direction of the shots, Marcus, to her relief, saw Earp uninjured.

By 1882, Marcus had adopted the name of "Josephine Earp," although no official record of their marriage exists. Following what has been dubbed as the Earp vendetta ride, Marcus and Earp travelled through various western states hunting for gold and silver. It is also said that they ran horse races in San Diego as well as operating saloons in Idaho and Alaska. Earp and Marcus became a gambling team during this period. She became friends with millionaire Lucky Baldwin, from whom she received money in return for her jewelry. Eventually, Marcus would give almost all of her jewelry to Baldwin in exchange for gambling money.

Earp biographer, Stuart Lake, learned that Wyatt and Josephine were hostile to each other during their relationship when he went to collaborate with Wyatt on his autobiography. In the course of writing the Earp biography, Lake learned some other aspects of Marcus' life. Wyatt became critically ill in late 1928 and died on January 13, 1929. Before Wyatt's biography was released soon after his death, Josephine traveled to Boston, Massachusetts, in an attempt to convince the publisher to stop the release of the book.

Much later, in 1939, Josephine tried to stop 20th Century Fox from making a film based on the book, Wyatt Earp: Frontier Marshal. Under the condition that Wyatt's name be removed from the title, the movie was later released, as Frontier Marshal.

In Los Angeles, Marcus became friends with many celebrities, including Cecil B. DeMille and Gary Cooper. She received part of the money made by Stuart Lake's book about her husband as well as royalties from the movie Frontier Marshal. Josephine also wrote her own book entitled I Married Wyatt Earp; The Memoirs of Josephine Sarah Earp. She approached several publishers for the book, but backed out several times due to their insistence that she be completely open and forthcoming, rather than slanting her memories to her favor. It was later printed, but many parts of the book were refuted as being fictional and inaccurate by Virgil Earp's wife, Allie. Ownership of the book, following Josephine's death, eventually fell to Glenn Boyer, following his obtaining rights from the relatives of Josephine Earp.[1]

Josephine Earp spent her last years in Los Angeles, where she suffered from depression and other illnesses. One of her few consolations toward the end of her life was the correspondence she kept with Johnny Behan's son, Albert Behan, whom she had grown to love as her own son.

Josephine Sarah Marcus died on December 20, 1944 in Los Angeles, California; she was believed to be in her early 80s, perhaps 83. Her body was cremated and buried next to Wyatt's remains in Colma, California in the Marcus family plot at the Hills of Eternity Memorial Park. Her parents and brother are buried nearby.