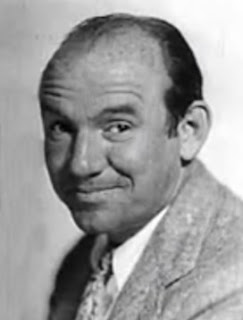 Ted Healy (October 1, 1896 – December 21, 1937) was an American vaudeville performer, comedian, and actor. He is chiefly remembered today as the original employer of the Three Stooges, but had a successful stage and film career of his own.

Healy's was the first caricature drawn by Alex Gard to grace the walls of Sardi's, a legendary restaurant located in the New York City theater district.[2]

Healy was born in Houston, Texas[3] as Charles Ernest Lee Nash, and was known as Lee. In 1912, as teenagers, Nash and his childhood friend Harry Moses Horwitz (later known as Moe Howard of the Three Stooges) joined the Annette Kellerman Diving Girls, a vaudeville act which included four boys. The work ended quickly, however, after an accident on stage. Nash and Howard then went their separate ways. Nash developed a vaudeville act and adopted the stage name Ted Healy.

Healy's act was a hit, and he soon expanded his role as a comedian and master of ceremonies. He added performers to his stage show, including his new wife Betty. When some of his acrobats quit in 1922, Moe Howard answered the advertisement for replacements. Since Howard was no acrobat, Healy cast his old friend as a stooge (someone who impersonated a member of the audience who is called on stage). In the routine, Howard's appearance on stage would end with Healy losing his trousers.

The beginning of the Stooges

Howard's brother Shemp joined the act soon after as a heckler in 1923, with Larry Fine joining in 1925. Healy's vaudeville revues (with names like A Night in Venice, A Night in Spain, and New Yorker Nights) included the trio under various names, such as Ted Healy and his Southern Gentlemen, but never as Ted Healy and the Three Stooges.

Moe Howard took a break from show business in 1927 after the birth of his daughter. The group reconvened in 1928 and appeared in several Broadway productions, leading to an appearance in the 1930 film Soup to Nuts. In 1931 the Stooges broke from Healy after a dispute over a movie contract. They began performing on their own (using such monikers as "The Three Lost Souls" and "Howard, Fine and Howard"), often using some of the material from the Healy shows. Healy subsequently sued the Stooges for using his material. However, the copyright was actually held by the Shubert Theatre Corporation (for which the routines had been produced)—and since the Stooges had the Shuberts' permission to use it, Healy lost the suit.

Healy then hired a new set of stooges, consisting of Eddie Moran (soon replaced by Richard "Dick" Hakins), Jack Wolf, and Paul "Mousie" Garner. The Howard-Fine-Howard Stooges rejoined Healy's act in 1932, but Shemp quit the act shortly thereafter, soon to be replaced by his younger brother Curly Howard. The reunion did not last, however, and in early 1934, Howard, Fine and Howard parted ways with Healy for good.

Healy went on to establish a promising career in motion pictures, where he was successful in both comedic roles (where he was often grouped with new "stooges", including Jimmy Brewster, Red Pearson and Sammy Glasser) and dramatic roles. After Larry Fine, Moe Howard and Curly Howard left his act in 1934, Healy appeared in a succession of films for 20th Century Fox, Warner Brothers, and MGM. During this period, Healy took to wearing a full toupée in public.[4] He was 41 and under contract to MGM at the time of his death on December 21, 1937, a few hours after preview audiences had acclaimed his work in the Warner Brothers film Hollywood Hotel.

A cloud of mystery still hangs over the cause of Healy's untimely death (see Henry Taylor's and E. J. Fleming's controversially conflicting versions below). Newspaper accounts attributed it to serious head injuries sustained in a nightclub brawl while celebrating the birth of his first child. Conflicting reports claimed the comedian died of a heart attack at his Los Angeles home.

Two days before his death, Healy had visited Moe Howard's wife, Helen, at their Hollywood apartment with the news that Betty (Hickman), his second wife, was pregnant. Excited at the prospect of his first child, he told Howard's wife, "I'll make him the richest kid in the world." Howard later stated in an interview that Healy had always wanted children and that it was ironic that the impending birth of his first child shortly preceded his own death. Howard recalled, "He was nuts about kids. He used to visit our homes and envied the fact that we were all married and had children. Healy always loved kids and often gave Christmas parties for underprivileged youngsters and spent hundreds of dollars on toys."[5]

At the time of Healy's death, the Stooges (consisting of Moe, Larry, and Curly) were at Grand Central Terminal in New York City preparing to leave for a personal appearance in Boston. Before their departure, Howard called Rube Jackter, head of Columbia Pictures' sales department, to confirm their benefit performance at Boston's Children's Hospital. During the conversation, Jackter told Howard that the night editor of The New York Times wanted to talk to him. Howard phoned The Times. The editor, without even a greeting, queried curtly, "Is this Moe?" Howard said it was. The editor then asked, "Would you like to make a statement on the death of Ted Healy?" Howard was stunned. He dropped the phone. Folding his arms over his head, Howard started to sob. Curly and Larry rushed into the phone booth to warn Howard that their train was about to leave. They found him crumpled over, crying. Since Howard seldom openly showed his emotions, Larry cracked to Curly, "Your brother's nuts. He is actually crying." Howard did not explain the reason for his emotional breakdown until he boarded the train. When they arrived back in Hollywood, they learned the details of Healy's death from a writer friend, Henry Taylor. Taylor told Howard that Healy had been out drinking at the Trocadero nightclub on the Sunset Strip (below), and an argument broke out with three college boys. Healy called them vile names and offered to go outside the club to take care of them one at a time. Once outside, Ted did not have a chance to raise his fists. The three men jumped him, knocked him to the ground and kicked him in the head, ribs and stomach. Healy's friend actor Joe Frisco came on the scene, picked him up from the sidewalk and took him to his apartment, where Ted died of what medical officials initially called a brain concussion. [6] 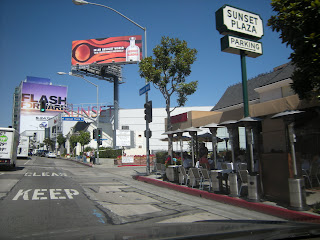 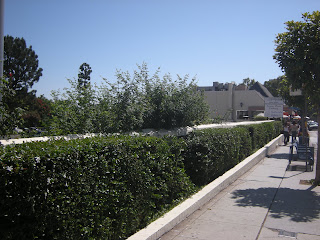 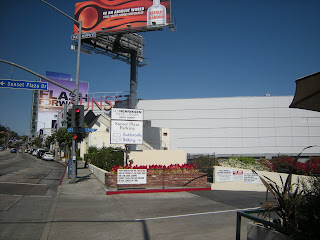 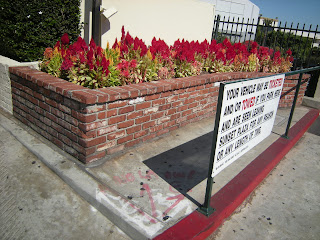 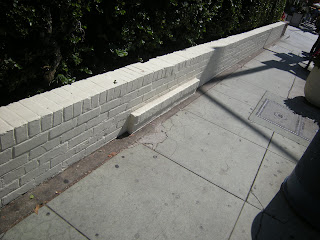 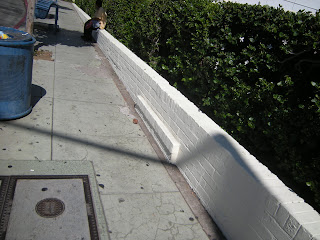 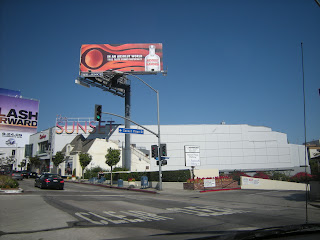 The location of the original Trocadero on Sunset Boulevard at Sunset Plaza.

However, a very different account asserts that Healy was beaten to death by screen legend Wallace Beery, Albert R. Broccoli (later producer of James Bond films), and notorious gangster (and Broccoli's cousin) Pat DiCicco. This account appears in E. J. Fleming's book The Fixers: Eddie Mannix, Howard Strickling, and the MGM Publicity Machine (2004) about legendary MGM "fixers" Mannix and Strickling. Under orders from studio head Louis B. Mayer, MGM sent Beery, one of their most valuable properties, to Europe for several months, while the story of the "three college boys" was fabricated to conceal the truth. (Immigration records confirm a four-month trip to Europe on Beery's part immediately after Healy's death, ending April 17, 1938).[7]

Despite his sizable salary, Ted Healy died penniless. MGM's staff members started a fund to pay for his burial. Moe Howard later mentioned that producer Bryan Foy of the famed Foy family of vaudevillians footed a sizeable portion of the bill for the funeral. According to Howard, even in the heyday of his stage career, Ted refused to save money and spent every dime of his salary as fast as he earned it. Healy loved betting on horses, and his favorite reading matter was race track charts.

Healy was survived by his widow, Betty Healy (née Hickman, whom he married on May 15, 1936) and his son, John Jacob Nash — who was baptized in St. Augustine's Church, opposite MGM, a week after Healy's death. 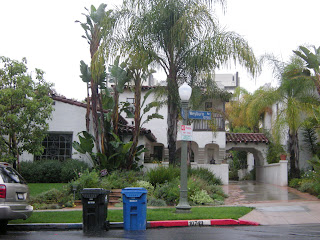 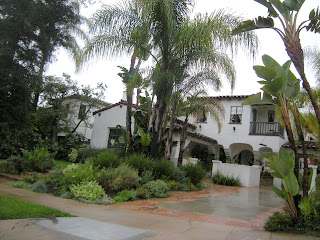 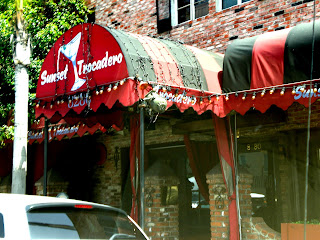 The new Trocadero on Sunset Boulevard﻿ 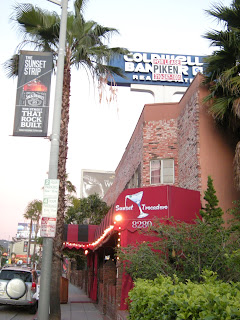