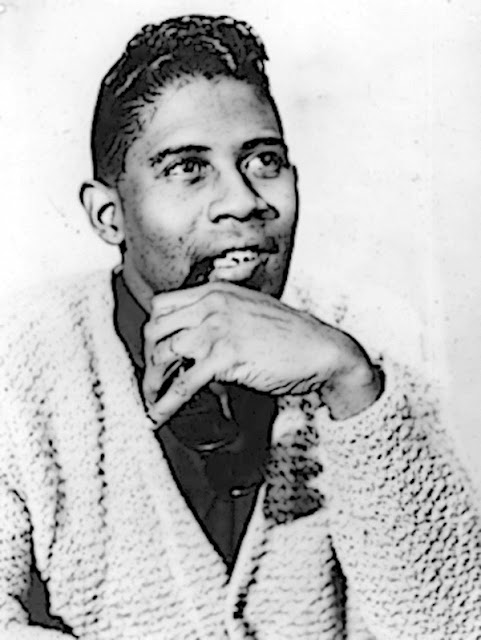 Richard Berry (April 11, 1935 – January 23, 1997) was an African-American singer, songwriter and musician, who performed with many Los Angeles doo-wop and close harmony groups in the 1950s, including The Flairs and The Robins.

He is best known as the composer and original performer of the rock standard "Louie Louie." The song went on to be a hit for The Kingsmen, becoming one of the most recorded songs of all time; however, Berry received little financial benefit for writing it until the 1980s, having signed away his rights to the song in 1959. In that same year, he wrote and released "Have Love, Will Travel," which has been covered by many artists. 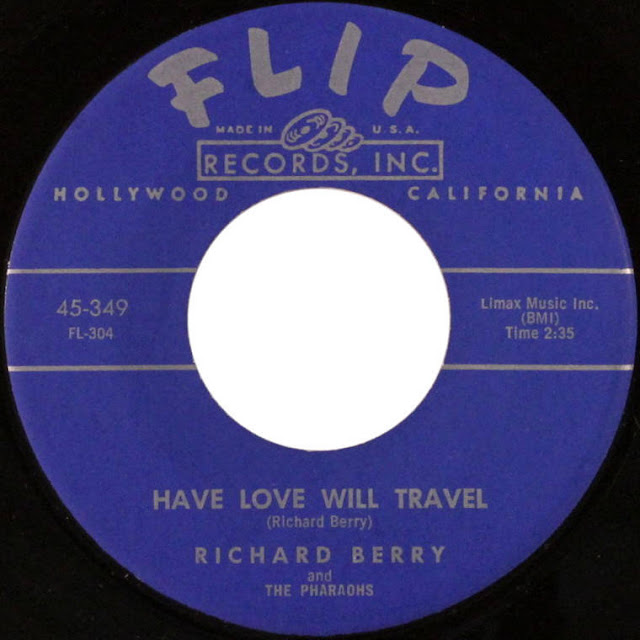 Berry was born in Extension, south of Monroe, Louisiana, and moved with his family to Los Angeles as a baby. As a child he suffered a hip injury and had to walk on crutches until he was six.[2] His first instrument was the ukulele, which he learned while attending a summer camp for crippled children.[3]

Berry attended Jefferson High School in Los Angeles, and along with many other pupils practiced singing vocal harmonies in the corridors.[4] 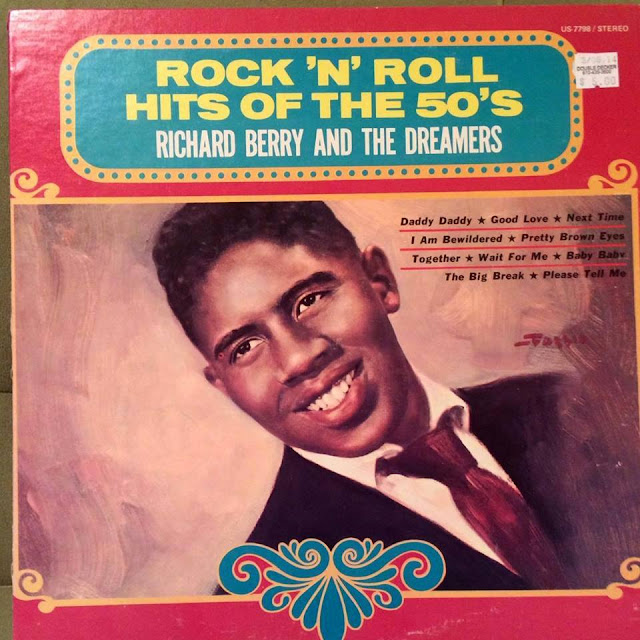 He began singing and playing in local doo-wop groups, recording with a number of them including The Penguins, The Cadets and the Chimes, the Crowns, the Five Hearts, the Hunters, the Rams, the Whips, and the Dreamers, an otherwise all-female quartet from Fremont High.[5] He then joined The Flairs (who also recorded as the Debonaires and the Flamingoes) in 1953.

The Flairs’ 1953 record "She Wants To Rock," on Modern Records, featured Berry’s bass vocals, and was an early production by Leiber and Stoller. A few months later, when the producers needed a bass voice for The Robins’ "Riot In Cell Block #9" on Spark Records, they recruited Berry to provide the menacing introduction to the song – uncredited, as he was contracted to Modern. The Robins would later become The Coasters.

Berry’s voice was also used at Modern, again uncredited, as the counterpoint to Etta James on her first record and big hit, "The Wallflower (Dance with Me, Henry)," and several of its less successful follow-ups. Berry also recorded with several other groups on the Modern and Flair labels, including Arthur Lee Maye and the Crowns, and the Dreamers (who later became The Blossoms).[1] By the end of 1954, Berry left the Flairs to form his own group, the Pharaohs, while also continuing to work with other groups as a singer and songwriter. 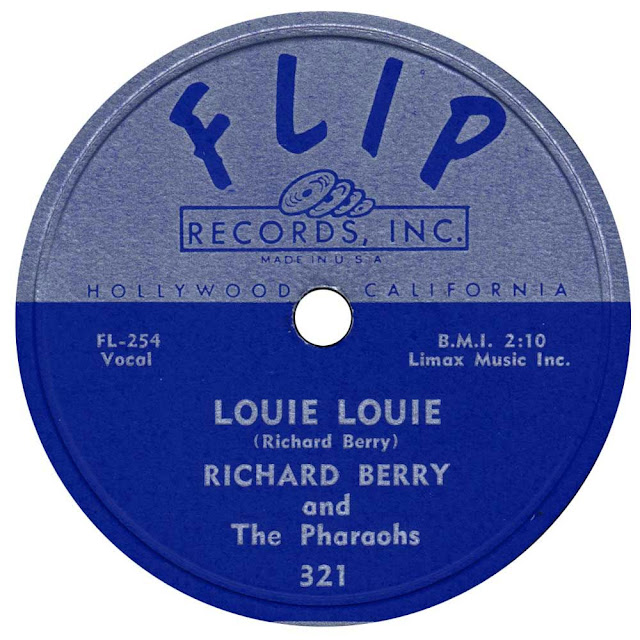 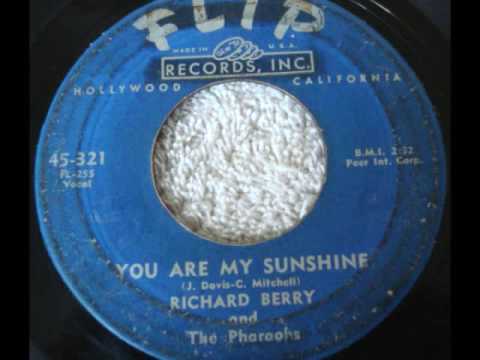 One of the groups Berry played with after leaving the Flairs was a Latin and R and B group, Rick Rillera and the Rhythm Rockers. In 1955, Berry was inspired to write a new calypso-style song, "Louie Louie," based on the Rhythm Rockers' version of René Touzet's "El Loco Cha Cha," and also influenced by Chuck Berry's "Havana Moon." Berry also stated he had Frank Sinatra's "One For My Baby" in mind when writing the lyrics. One night waiting backstage at the Harmony Club Ballroom, Berry took the rhythm of "El Loco Cha Cha" and began to add lyrics, writing them down on toilet paper.[6]

Richard Berry and the Pharaohs recorded and released the song as the B-side to his cover of "You Are My Sunshine" on Flip Records in 1957.[7] It became a minor regional hit, selling 130,000 copies. It was re-released as an A-side[2] and, when the group toured the Pacific Northwest, several local R and B bands began to adopt the song and established its popularity. "Louie Louie" finally became a major hit when The Kingsmen's raucous version – with little trace of its calypso-like origins other than in its lyrics - became a national and international hit in 1963 (Paul Revere and the Raiders also recorded the tune in the same studio the week after the Kingsmen, but their version was not a hit). The nearly unintelligible (and innocuous) lyrics were widely misinterpreted as obscene, and the song was banned by radio stations and even investigated by the Federal Bureau of Investigation. The song has been recorded over 1,000 times, However, Berry received little financial reward for its success for many years, having sold the copyright for $750 in 1959 to pay for his wedding. Berry commented in 1993, "Everybody sold their songs in those days. I never was bitter with the record companies. They provided a vehicle for five young black dudes to make a record."[8]

Berry continued to write and record into the early 1960s, including such numbers as "Have Love, Will Travel" (which would later become a local hit for The Sonics), but with little commercial success, and also continued as a performer. His other songs also included "Crazy Lover," recorded on their 1987 debut album by the Rollins Band.

Settlement of rights to "Louie Louie"

In the mid eighties Berry was living on welfare at his mother's house in South Central L.A.. Drinks company California Cooler wanted to use "Louie Louie" in a commercial, but discovered they needed Berry's signature to use it. They asked the Artists' Rights society to locate him, and a lawyer visited Berry. The lawyer mentioned the possibility of Berry taking action to gain the rights to his song. The publishers settled out of court, making Berry a millionaire.[8] 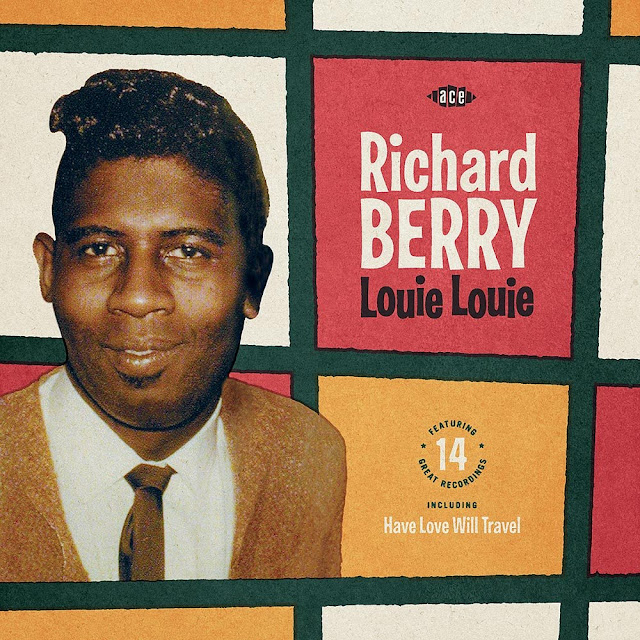 In the early 80s, Berry recorded a duet with his ex-wife Dorothy entitled 'The World Needs Peace.' He re-recorded it a few years later in a gospel version retitled 'What We Need' with his six children providing backup harmony vocals.[9] During the 1980s, "Louie Louie" received a number of accolades, with hundreds of cover versions being issued on CD compilations and played on radio marathons. He continued to play shows and in 1993 played two sets at the 100 Club in London.[4] 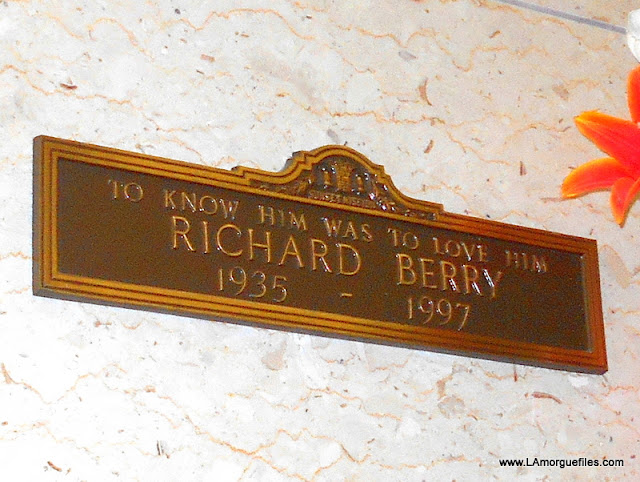 In February 1996, Berry performed for the final time, reuniting with the Pharaohs and the Dreamers for a benefit concert in Long Beach, California. His health declined shortly after this, and he died of heart failure in 1997. He was interred in the Inglewood Park Cemetery in Inglewood, California. 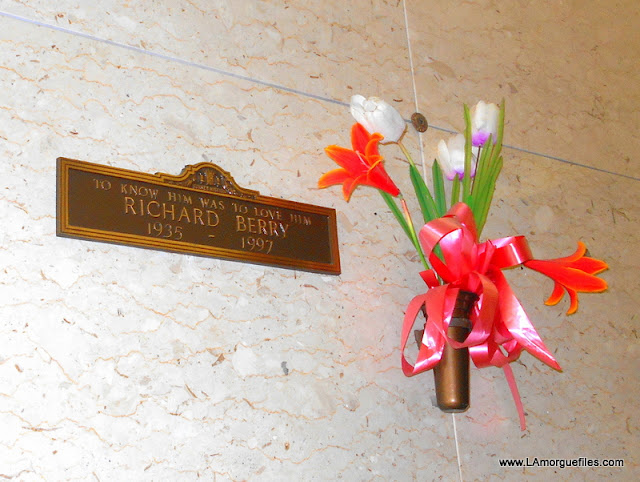 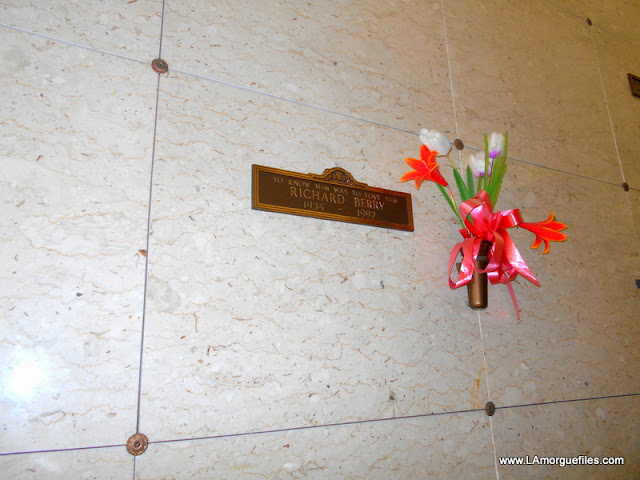 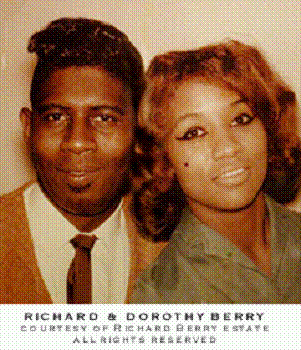 Berry married a girl from his old high school, Dorothy Adams, in 1957 and they had two children, Pam and Marcel. They divorced in 1968. Dorothy went on to pursue a music career herself, recording for Garpax Records, Challenge Records, Little Star Records and Tangerine. She was a Raelette for Ray Charles until the early 80s.[9]

Berry had six children in total, Pamela, Richard Marcel, Stephani, Karen, Linda and Christy.[12] Christy, who was born in 1969, handled his career in his later years. Marcel played bass on stage with his father in the 80s.

Recordings with Richard Berry credited as the main artist

With Arthur Lee Maye and The Crowns

This Time It's Real / Each Step (1954) - The Flairs on backing vocals) With The Rams (Richard Berry, Arthur Lee Maye and Johnny Coleman 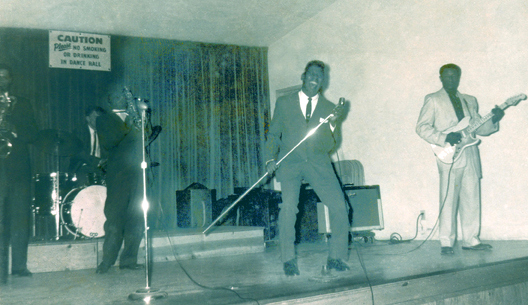