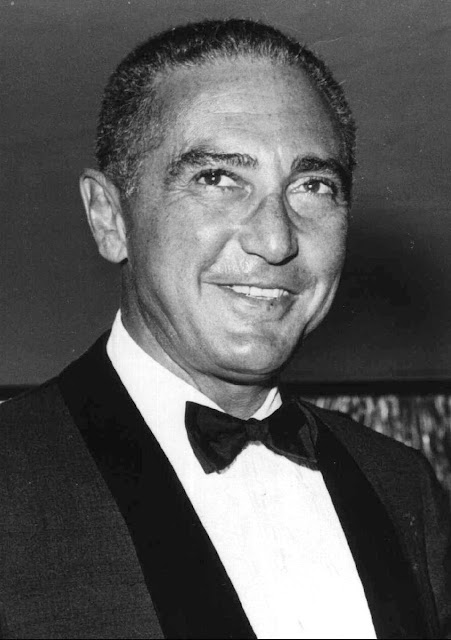 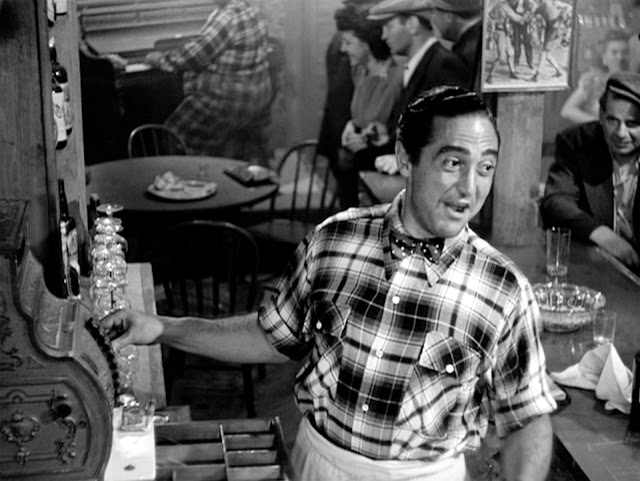 Sheldon Leonard was born in New York City, the son of middle class Jewish parents Anna (Levit) and Frank Bershad,[2][3] and graduated from Syracuse University in 1929.

As an actor, Leonard specialized in playing supporting characters, especially gangsters or "heavies," in films such as It's a Wonderful Life (1946; as bartender Nick), To Have and Have Not (1944), Guys and Dolls (1955), and Open Secret (1948). His trademark was his especially thick New York accent, usually delivered from the side of his mouth. In Decoy (1946), Leonard uses his "heavy" persona to create the hard-boiled police detective Joe Portugal. 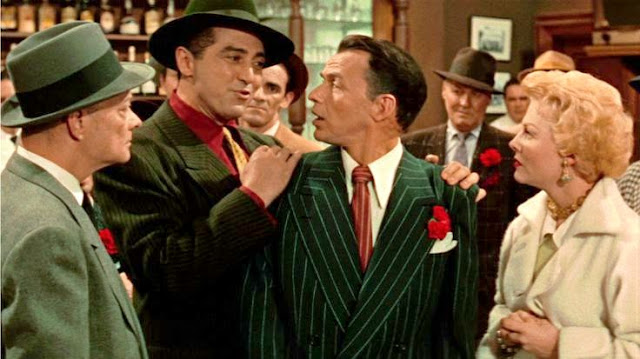 On radio, Leonard played an eccentric racetrack tout on The Jack Benny Program in the late 1940s and early '50s, and later in the TV series of the same name. His role was to salute Benny out of the blue in railroad stations, on street corners, or in department stores ("Hey Bud. C'mere a minute."), ask Benny what he was about to do, and then proceed to try to argue him out of his course of action by resorting to inane and irrelevant racing logic. Ironically, as "The Tout," he never gave out information on horse racing, unless Jack demanded it. One excuse the tout gave was "Who knows about horses?"

Leonard was part of the cast of voice actors on the Damon Runyon Theatre radio show (1948-1949). He was part of the ensemble cast of the Martin and Lewis radio show.[4] He also appeared frequently on The Adventures of the Saint, often playing gangsters and heavies, but also sometimes in more positive roles. Sheldon Leonard was also a regular on the radio comedy series The Adventures of Maisie in the 1940s. During the 1950s, Leonard provided the voice of lazy cat Dodsworth in two Warner Bros. cartoons directed by Robert McKimson.

In the adventure movie The Iroquois Trail (1950), Leonard played against type in the significant role of Chief Ogane, a Native American warrior, who pursues and fights the frontiersman Nat "Hawkeye" Cutler (George Montgomery) in a climactic duel to the death with knives. 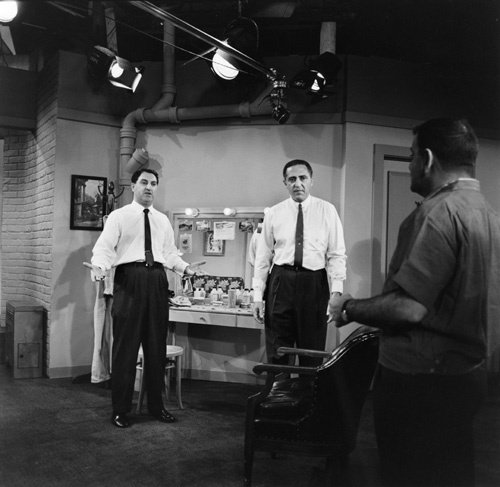 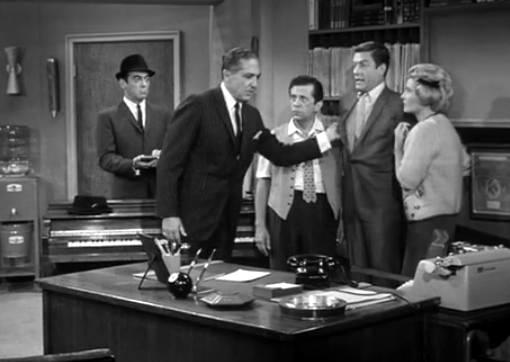 The character of Andy Taylor was introduced in a 1960 episode of The Danny Thomas Show, which led to the series The Andy Griffith Show. Leonard is informally credited with developing the practice of using an episode of a series as a backdoor pilot episode for new series, in which a guest star is introduced as a new character with the intention of using this character as the basis for a new show.

Leonard also has the distinction (along with author Mickey Spillane) of being one of the first two Miller Lite spokesmen. Using his trademark accent, he told the audience, "I was at first reluctant to try Miller Lite, but then I was persuaded to do so by my friend, Large Louis." One of his last acting roles was a guest appearance on the TV series Cheers, in which he played Sid Nelson, the proprietor of "The Hungry Heifer," Norm Peterson's favorite eating establishment. 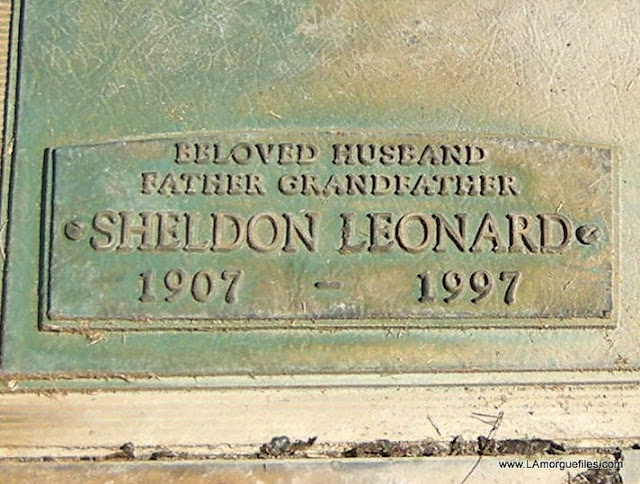 Leonard died on January 11, 1997, at the age of 89,[5] and was buried at Hillside Memorial Park Cemetery in Culver City, California. 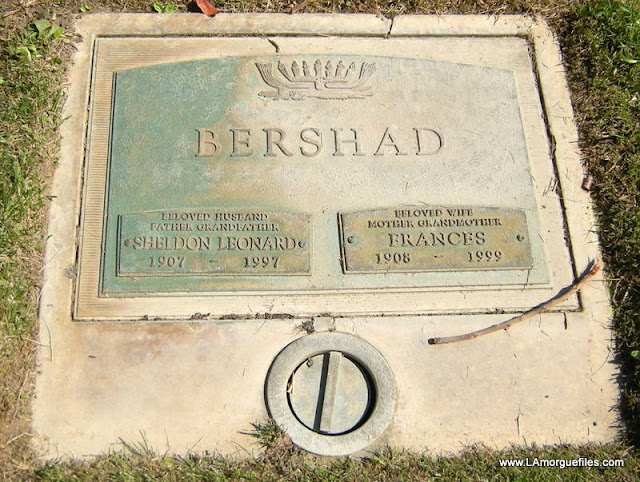 Bill Cosby, whom Leonard cast in I Spy, described Leonard as "my last father" when he dedicated an episode of Cosby to both Leonard and his slain son Ennis Cosby. Bill Cosby also included an impersonation of Sheldon Leonard in one track of his 1966 hit comedy album Wonderfulness. The track, "Niagara Falls," describes Sheldon Leonard's honeymoon at Niagara Falls. 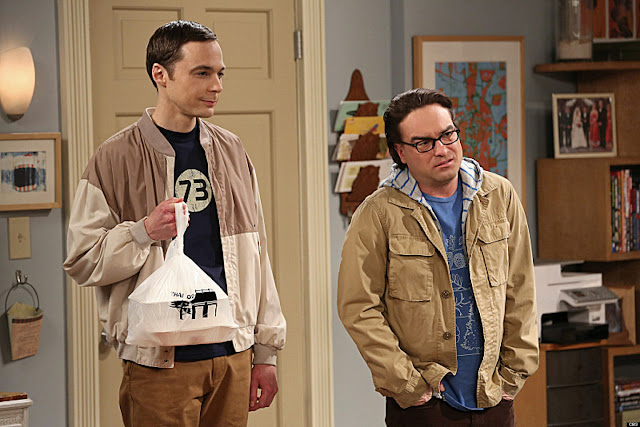 His name served as a namesake for the characters Sheldon Cooper and Leonard Hofstadter in the American sitcom The Big Bang Theory, as the writers are fans of his work.[6] 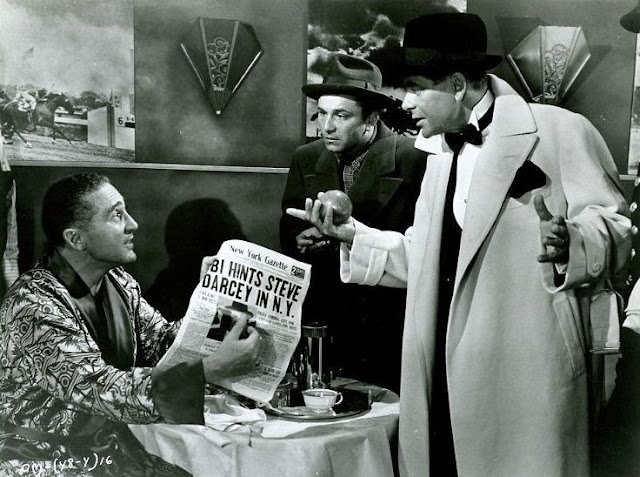 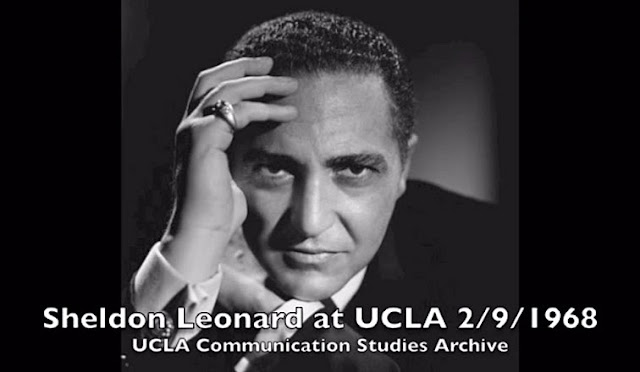 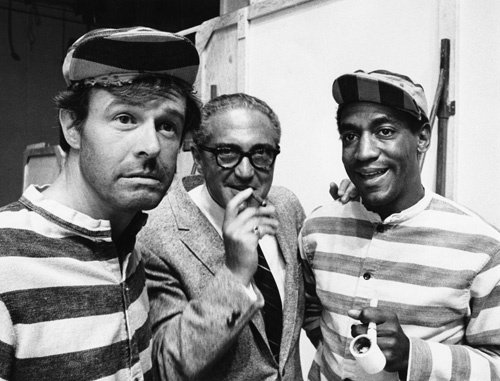 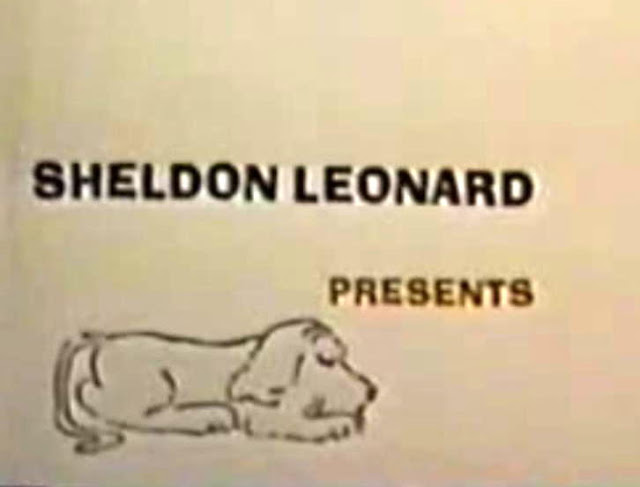 My World and Welcome to It 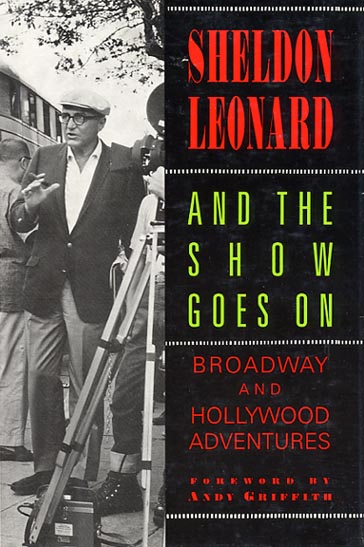 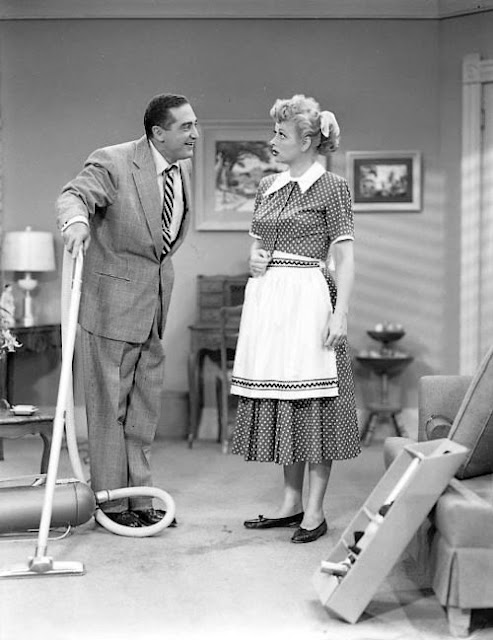