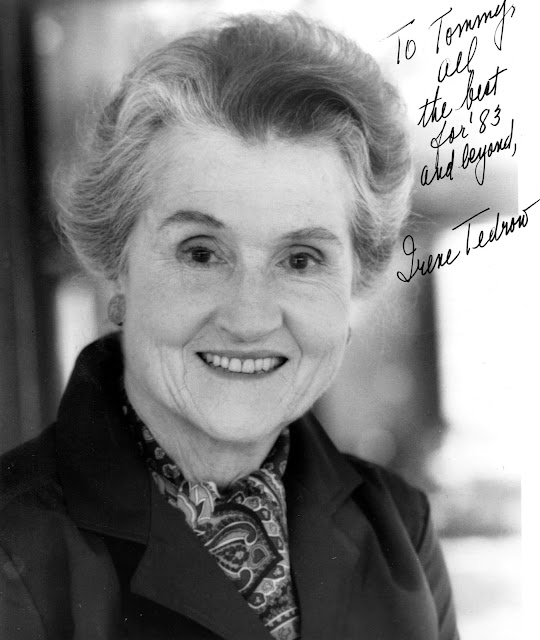 Among her most notable roles are Janet Archer in the radio series Meet Corliss Archer, Mrs. Lucy Elkins on the TV sitcom Dennis the Menace and Mrs. Webb in the stage production Our Town at the Plumstead Playhouse.[2]

Tedrow was born in Denver, Colorado. She earned a BA degree in drama from Carnegie Tech in Pittsburgh, Pennsylvania in 1929. 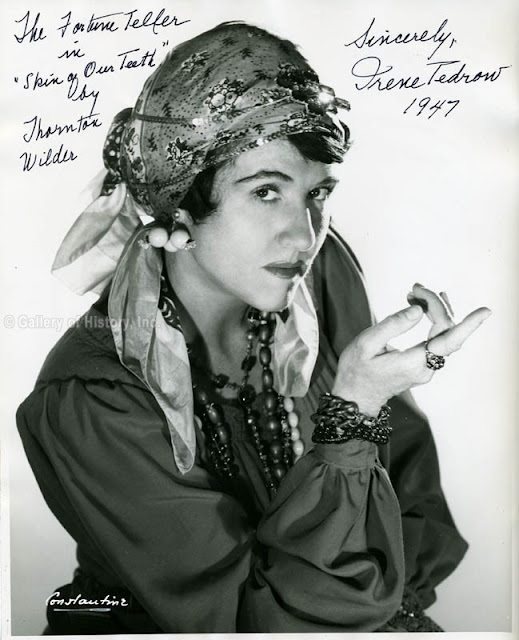 Tedrow studied with Ben Iden Payne, who directed the Memorial Theater at Stratford-on-Avon, in England. She also had three seasons' experience with Maurice Evans' troupe in New York City and touring nationally.[3]

In 1931, Tedrow was a member of the Chautauqua Repertory Theater.[4]

Tedrow was a founding member of San Diego's Old Globe Theater and was cast as an ingénue in the beginning of her career. In 1934, she portrayed eighteen (18) characters in multiple adaptations of Shakespearean plays at The Old Globe during the Chicago Fair.[2] She later joined Orson Welles' Mercury Theater. 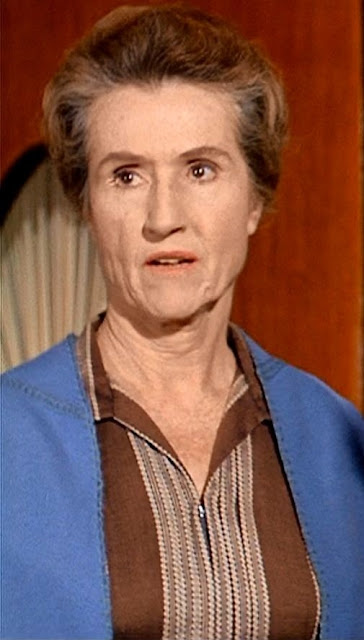 As Tedrow grew older, she found more work in films as "the meddling old woman." 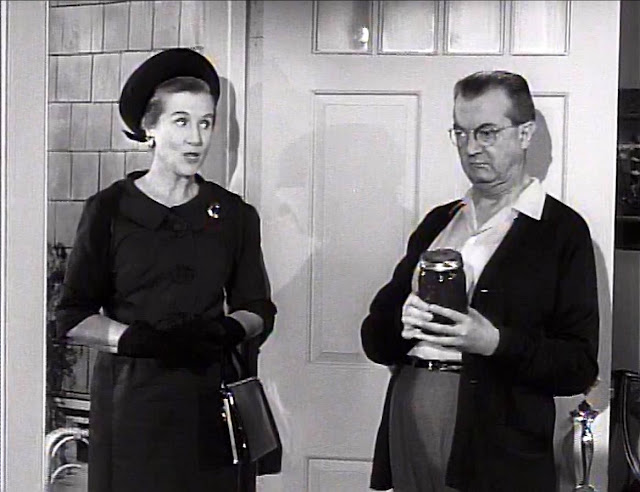 One of Tedrow's earliest roles as a regular cast member on a television program was that of Mrs. Ruggles on the first season of The Ruggles (1949-1950).[6] She had a recurring role as Mrs. Elkins on the Dennis the Menace television sitcom from 1959-63. 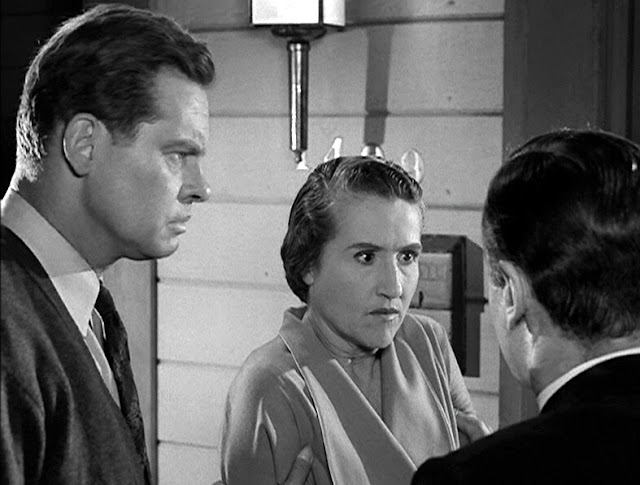 As a character actor she appeared in many shows, including Lux Video Theatre,[7] Jefferson Drum, Rawhide, The Twilight Zone and The Andy Griffith Show.[8] In 1955, she appeared on The Jack Benny Program as a contestant with Jack Benny on a mock You Bet Your Life segment with Groucho Marx.[9] 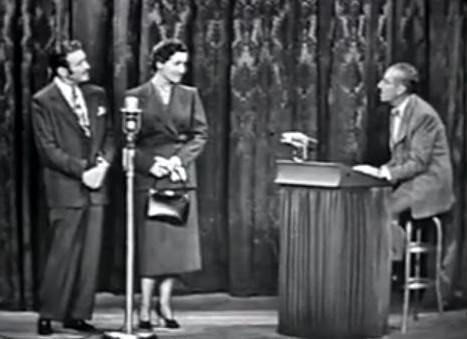 In the early 1960s, Tedrow made two guest appearances on Perry Mason, including the role of Amy Douglas in "The Case of the Ominous Outcast," and a role in Bonanza in the episode "Abner Willoughby's Return." 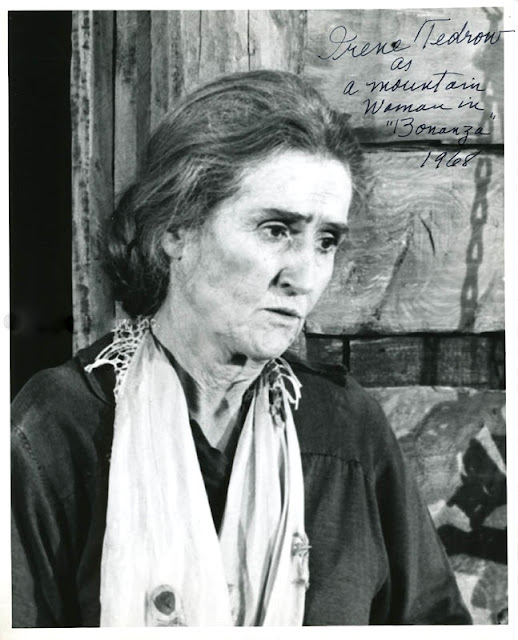 Later she would also appear in Dundee and the Culhane, Diff'rent Strokes, The Rockford Files, Facts of Life, and two episodes of The Mary Tyler Moore Show as Congresswoman Margaret Geddes. In 1976, Tedrow played Mary Ludlow Hall, Eleanor Roosevelt's grandmother in Eleanor and Franklin. 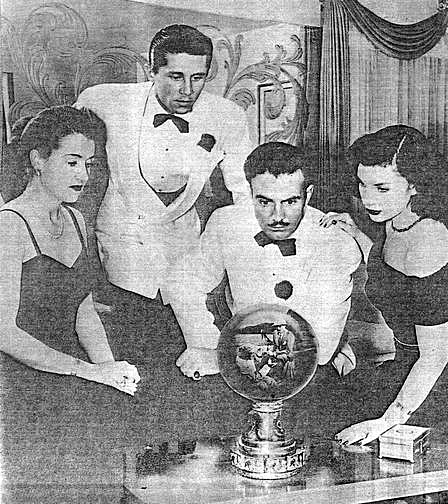 Tedrow's work in radio dated back at least to 1929. As a drama student at Carnegie Institute of Technology, she was master of ceremonies and student director for "Carnegie Tech Day at Gimbel's," which was broadcast on WCAE.[10] A 1937 radio listing shows her as one of the actresses in George Bernard Shaw's Back to Methuselah when it was broadcast on NBC Blue.[11]

During the 1940s and 1950s, Tedrow had quality acting roles in radio productions, including The Baby Snooks Show.[12] Her roles included those shown in the table below.

Source: On the Air: The Encyclopedia of Old-Time Radio[16] except as noted.

Tedrow's performance in Eleanor and Franklin garnered her one of the first Primetime Emmy Award nominations for "Best Supporting Actress in a Television Comedy or Drama Special." ("Outstanding Single Performance by a Supporting Actress in Comedy or Drama Special - 1976" per the Emmy Awards website)[17] In 1979, she received her second Emmy Award nomination (Outstanding Lead Actress for a Single Appearance in a drama or comedy series)[17] for her role in James at 15.[8]

Tedrow was married to William Kent, who originally had come to the United States as a refugee from Nazi Germany. She "became the mother of a baby girl [the future actress Enid Kent] early in January" in 1945.[18] 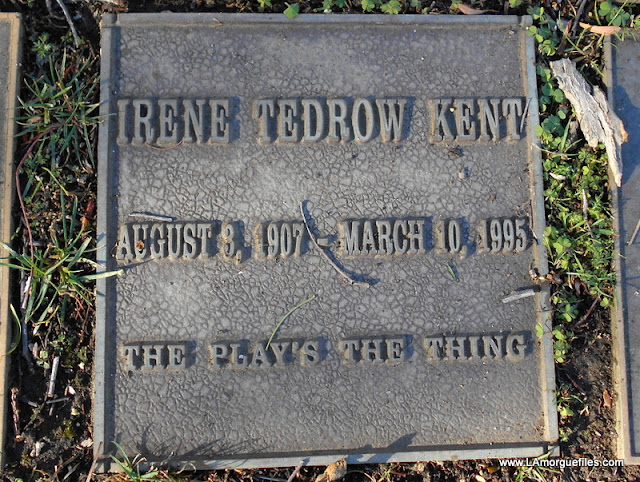 On March 10, 1995, Tedrow died of a stroke in Hollywood. Her grave is located at Westwood Village Memorial Park Cemetery. She was a widow at the time of her death and was survived by her children, actress Enid Kent and Roger Kent, and her three grandchildren.[2] 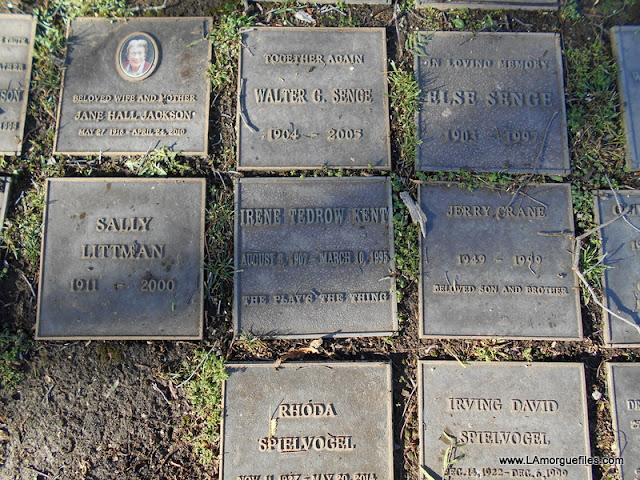 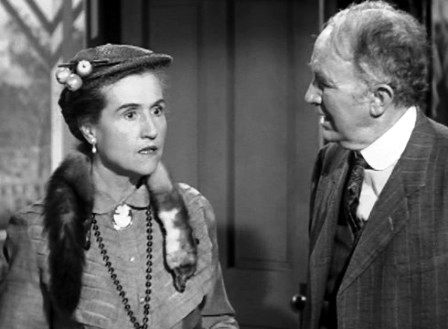 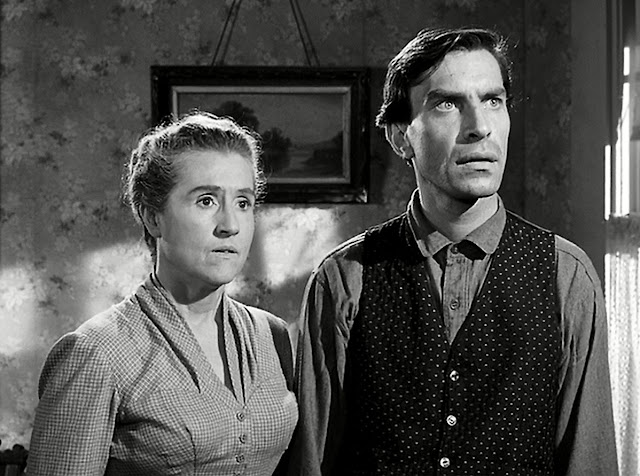 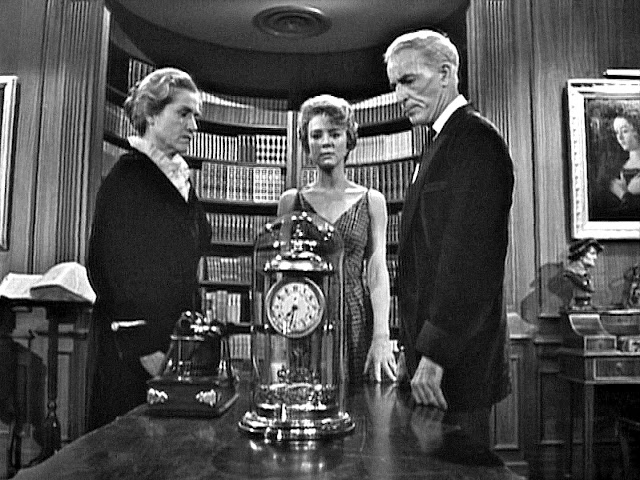 The Twilight Zone Mrs. Loren Episode: "The Lateness of the Hour" 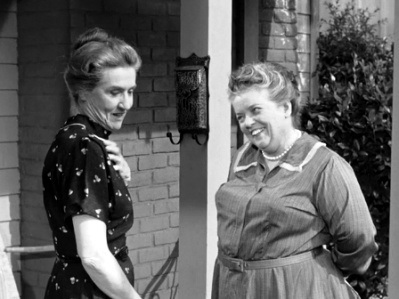 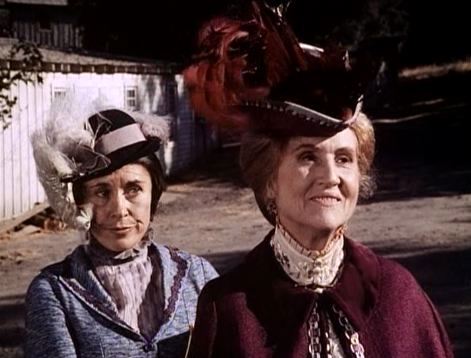 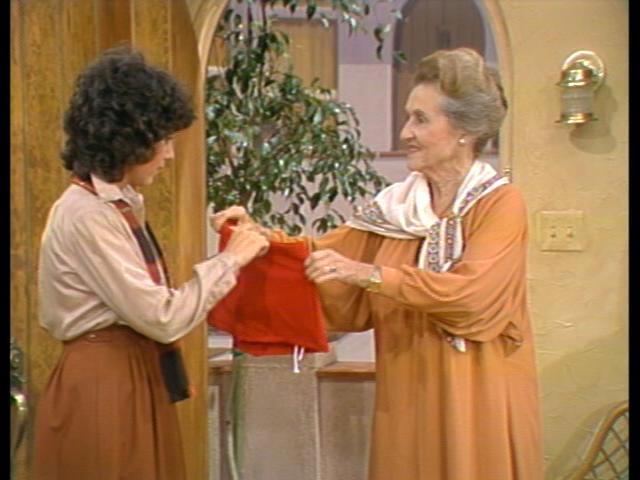