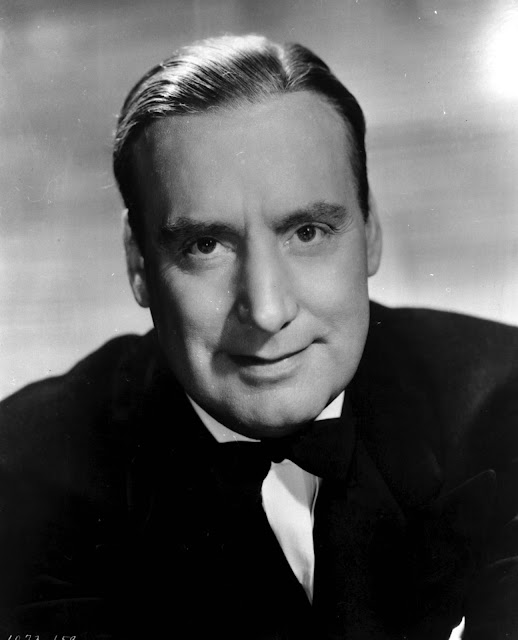 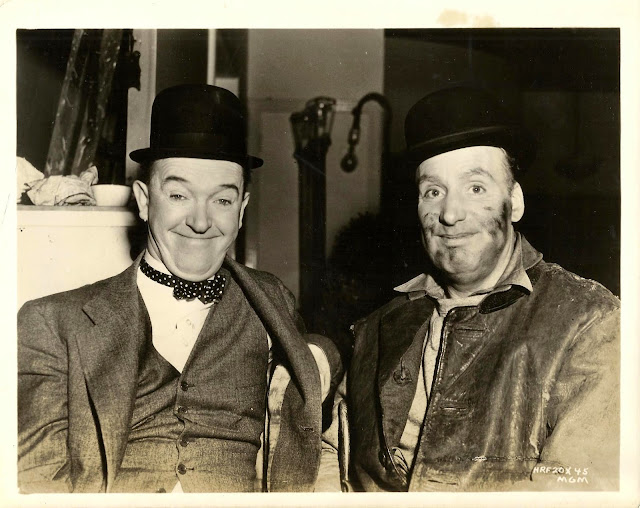 Born Alfred Ernest Allen in London, England, he served with distinction in the British Army in the First World War, being awarded the Military Medal for bravery. He began his stage career in London in 1922, as an actor and stage manager. Mowbray applied for transfer to the Royal Air Force which was granted just six days before the war ended. This placed him in London on Armistice Day. His service came to an end when the Royal Air Force wanted another seven years out of him.[1] In 1923 he arrived in the United States[2] and was soon acting with New York stock companies. He debuted on Broadway in The Sport of Kings (1926); in 1929 he wrote, directed and starred in the unsuccessful Dinner is Served.[3] 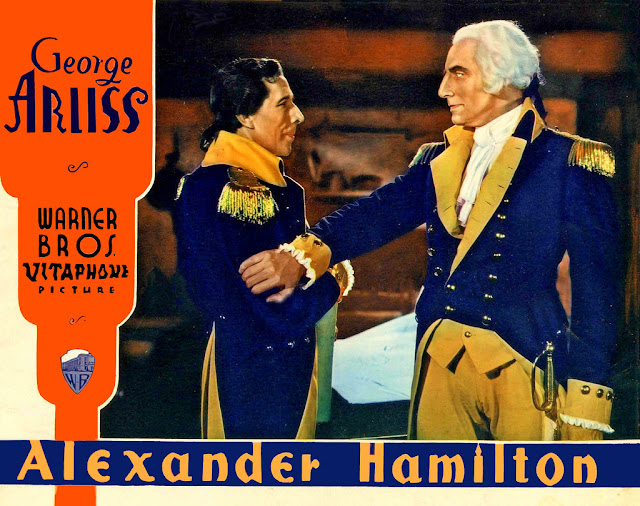 Mowbray made his film debut in God's Gift to Women (1931) playing a butler, a role in which he was thereafter often cast. He appeared in five more pictures that year, notably portraying George Washington in Alexander Hamilton. In 1935 he played one of the male leads in Becky Sharp, the first feature-length film in full-color Technicolor, as well as playing the lead in the farcical Night Life of the Gods, based on a Thorne Smith novel. 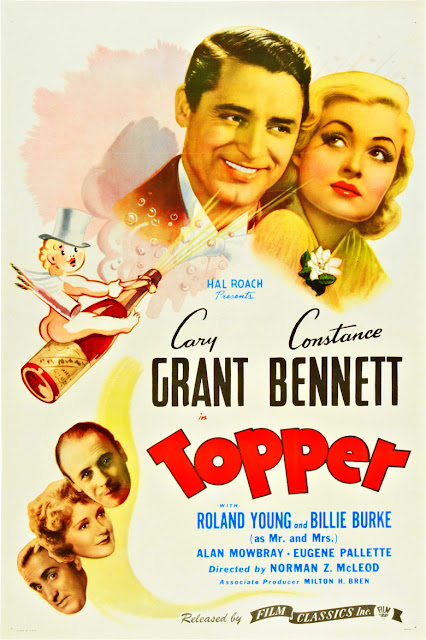 It was for another Thorne Smith–derived film, Topper (1937), that Mowbray may be best remembered; he played Topper's butler, Wilkins, a role he reprised the following year in Topper Takes a Trip. Throughout the 1930s and '40s Mowbray worked steadily, appearing in over 120 films.[4] 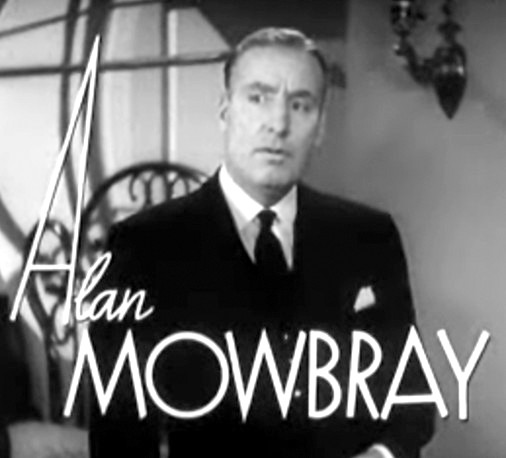 In the 1950s Mowbray's film roles decreased and he began to appear on television. He played the title role in the DuMont TV series Colonel Humphrey Flack, which first aired in 1953–54 and was revived in 1958–59. In the 1954–55 television season Mowbray played Mr. Swift, the drama coach of the character Mickey Mulligan, in NBC's short-lived situation comedy The Mickey Rooney Show: Hey, Mulligan. He continued to appear occasionally in films.[5]

In 1956 he appeared in three major films, The King and I, The Man Who Knew Too Much and was one of the many stars to make a cameo appearance in Around the World in 80 Days.[4] His final film role was as Captain Norcross in A Majority of One in 1961. 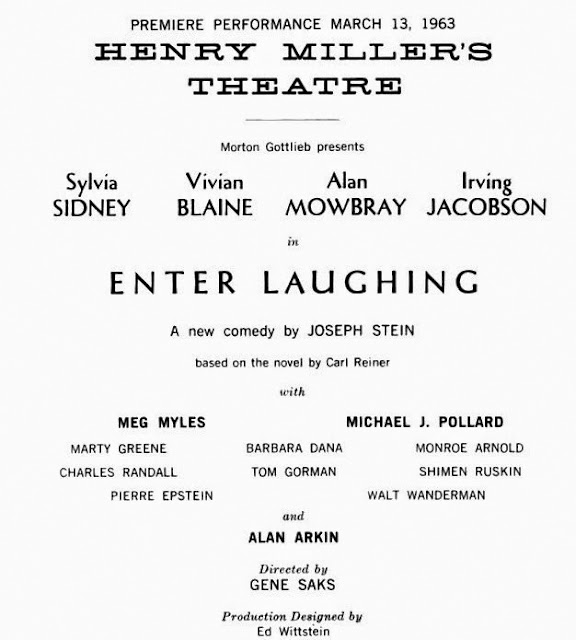 Mowbray was a founding member of the Screen Actors Guild in 1933, writing a personal check to fund the group's incorporation and serving as the first vice-president.[3][6] 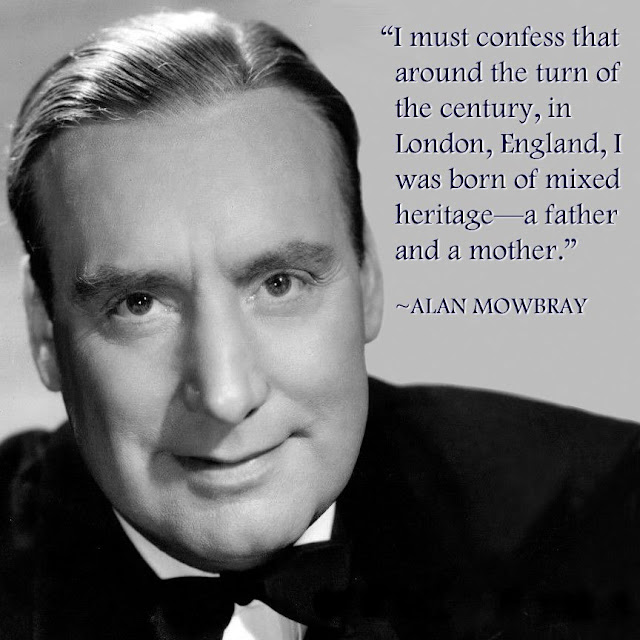 Alan Mowbray was among the founders of the Hollywood Cricket Club.[7] He was a prominent early member of the Masquers Club[8] and donated the group's long-time clubhouse on Sycamore in Hollywood.[9] 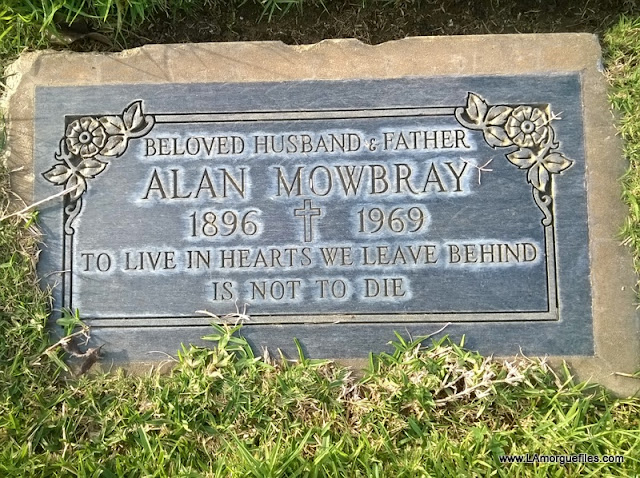 Mowbray died of a heart attack in 1969 in Hollywood and was interred in the Holy Cross Cemetery in Culver City, California.[10] 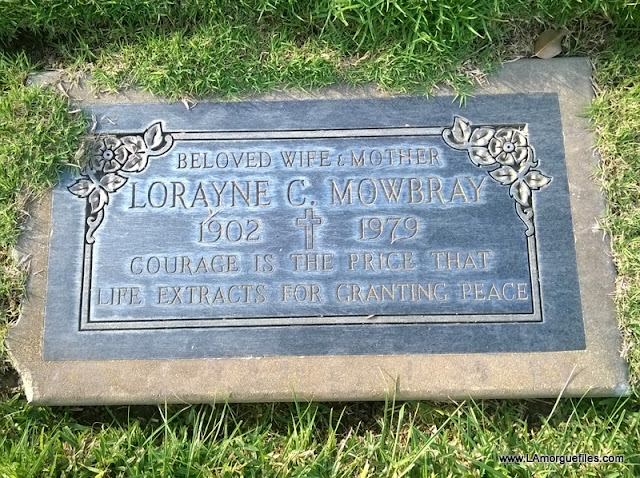 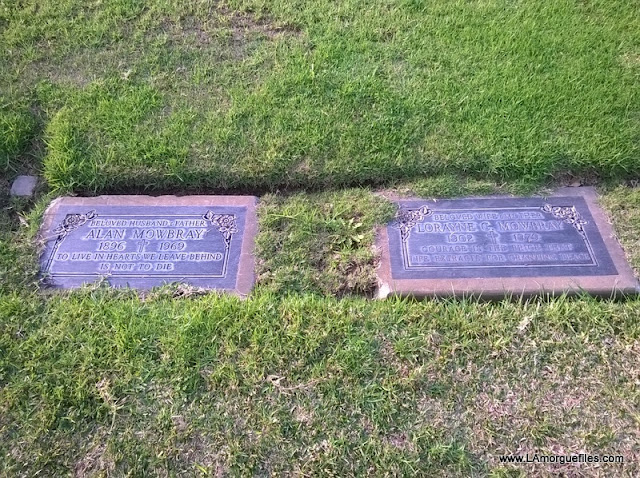 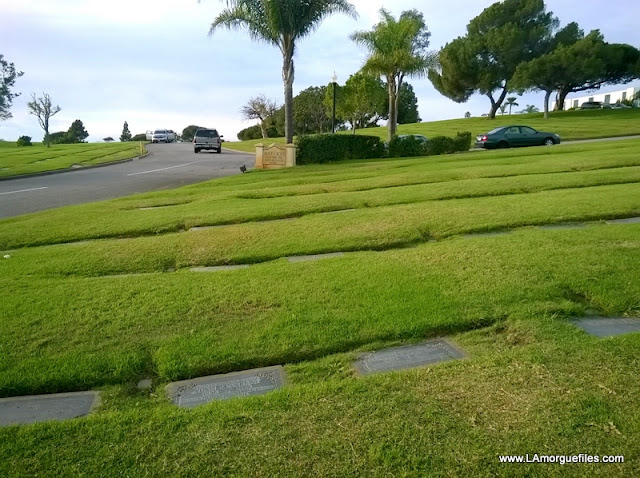 "The Philip Courtney Prendergast's (sic) lived on one of those wide, curving streets where the houses seem to be too close together for their size and the amount of money they represent... the house had an English slate roof and a porte-cochère, some nice imported trees, a trellis with a bougainvillea. It was a nice place and not loud. But Beverly Hills is Beverly Hills, so the butler had wing collar and an accent like Alan Mowbray.”[11] 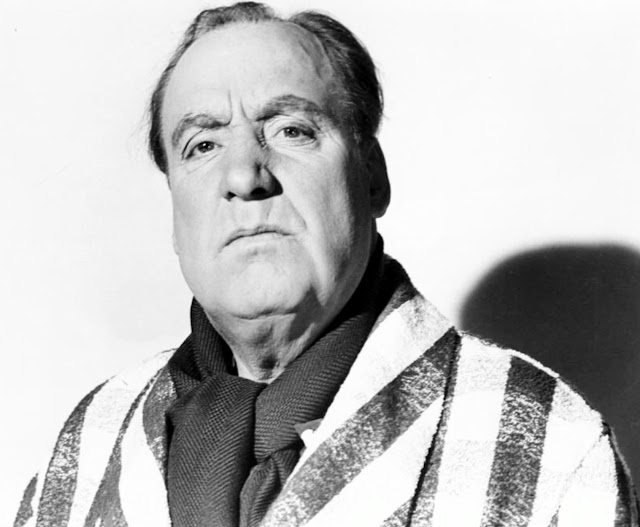 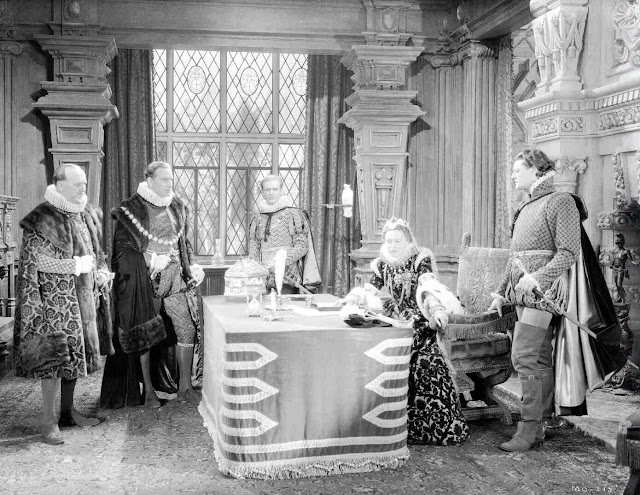 Mary of Scotland (1936) as Throckmorton 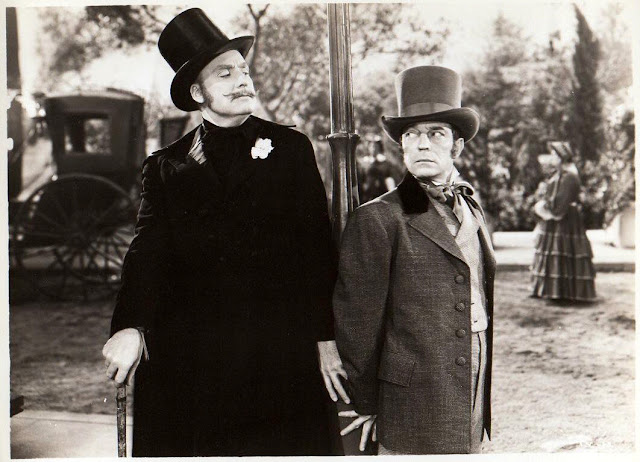 The Villain Still Pursued Her (1940) as Silas Cribbs 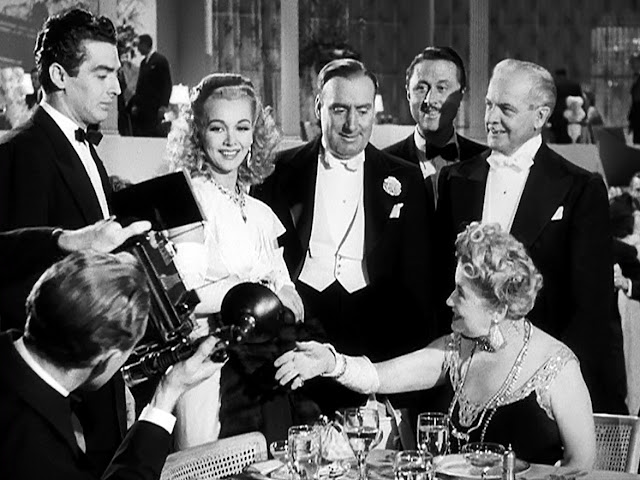 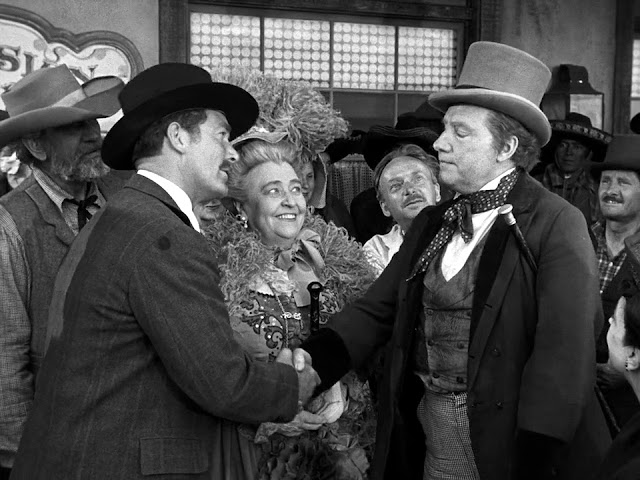 My Darling Clementine (1946) as Granville Thorndyke

The Pilgrim Lady (1947) as Clifford Latimer 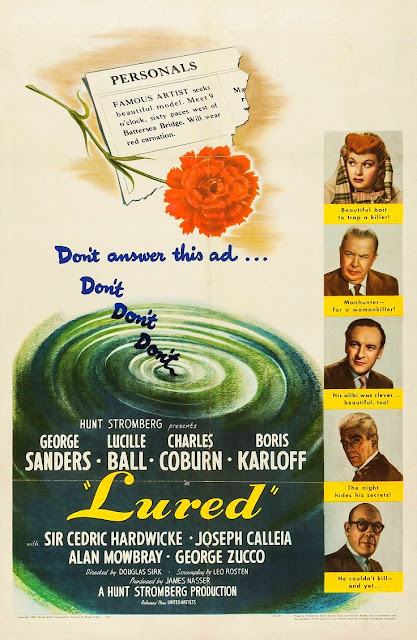 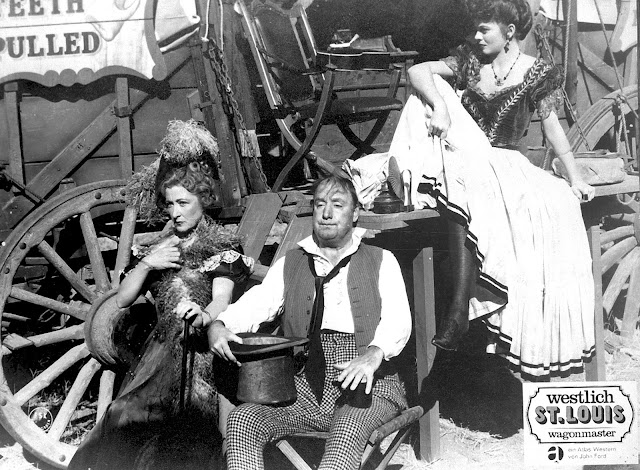 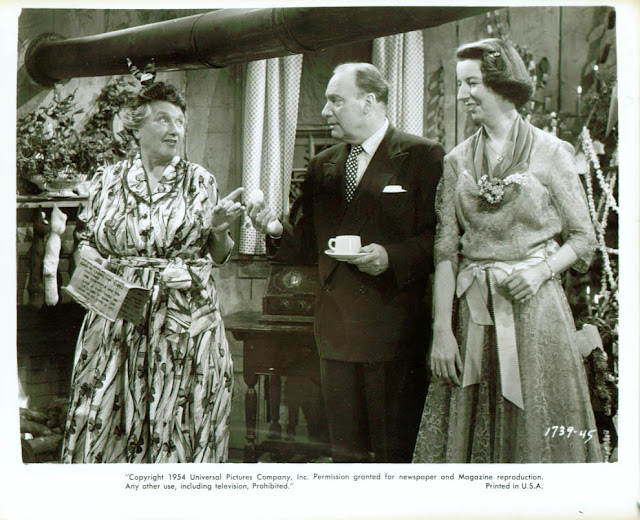 Ma and Pa Kettle at Home (1954) as Alphonsus Mannering

The Patty Duke Show, as director of the high school play in which both Patty and Cathy appear
Four Star Playhouse in Dick Powell's episode "The House Always Wins" (1955)
Whispering Smith, in "Poet and Peasant Case" episode (1960)
Maverick, in "The Misfortune Teller" episode as Luke Abigor (1960) 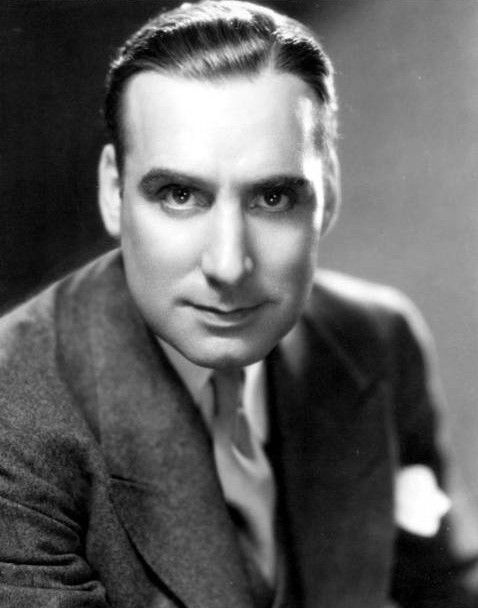