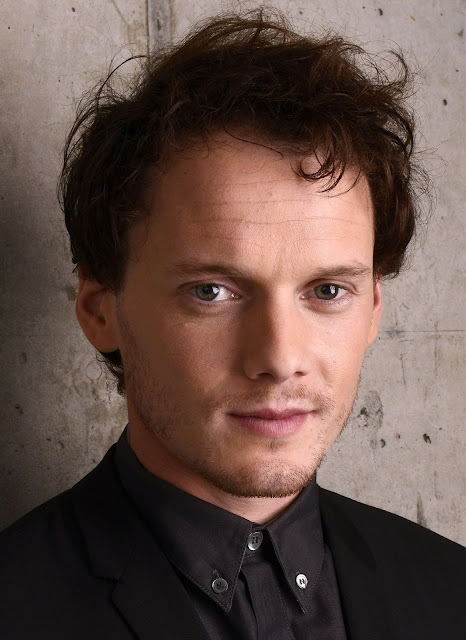 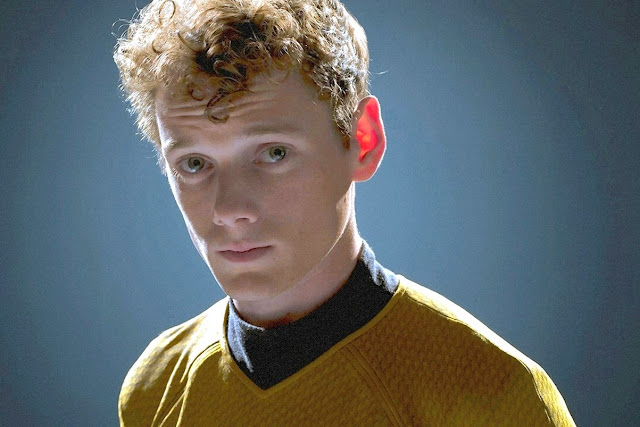 Born to a Russian Jewish family in Leningrad, Yelchin relocated to the United States as an infant. He began performing in the late 1990s, appearing in several television roles and the Hollywood films Along Came a Spider and Hearts in Atlantis (both 2001). His role as Jacob Clarke in the Steven Spielberg miniseries Taken was significant in furthering his career as a child actor.[1] He later appeared on the television series Huff and appeared in the films Alpha Dog (2007), Terminator Salvation (2009), Charlie Bartlett (2007), Fright Night (2011), The Smurfs (2011), Only Lovers Left Alive (2013), Green Room (2015), and Thoroughbred (2017). He appeared in Star Trek (2009), Star Trek Into Darkness (2013), and the posthumously released Star Trek Beyond (2016). 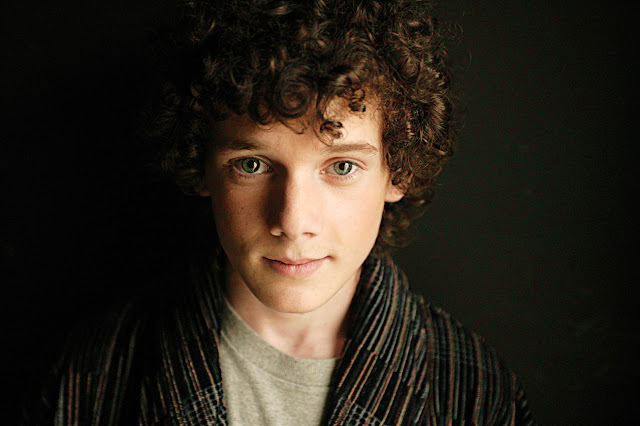 Early in the morning of June 19, 2016, Yelchin was found by friends pinned between his Jeep Grand Cherokee and a brick pillar outside his home in Studio City, California, in what was described as a "freak accident."[2] He was pronounced dead later that day at the age of 27.[3][4] 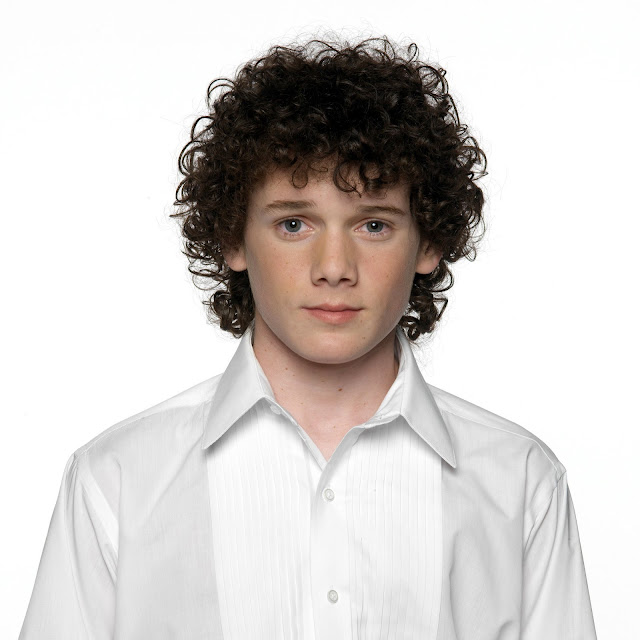 Yelchin was born March 11, 1989, in Leningrad, Soviet Union (now Saint Petersburg, Russian Federation).[5][6] His parents, Irina Korina and Viktor Yelchin, were pair figure skaters who were celebrities and stars of the Leningrad Ice Ballet for 15 years.[7][8] His family is Jewish; in the USSR, they were subjected to religious and political oppression.[7][9][10] Yelchin had said: "My grandparents suffered in ways I can't even begin to understand under Stalin."[10] Nationally, Yelchin's parents were the third-ranked pair team; they thus qualified for the 1972 Winter Olympics, but were not permitted to participate by the Soviet authorities.[7][8] (Yelchin had said the reason was unclear: "I don't exactly know what that was – because they were Jewish or because the KGB didn't want them to travel.")[11] 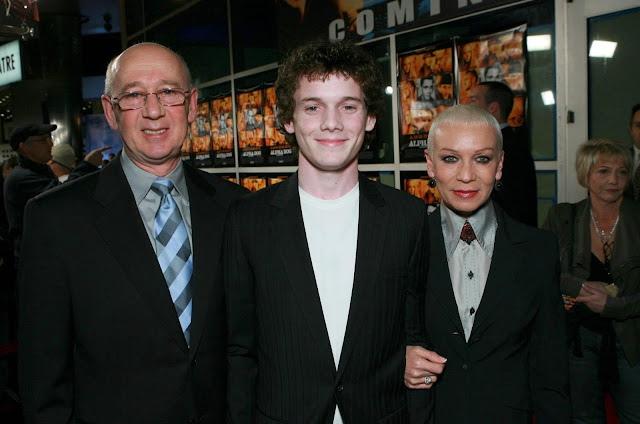 Yelchin's family moved to the United States in September 1989, when Anton was six months old, after receiving refugee status from the United States Department of State.[7][8] Yelchin's mother worked as a figure skating choreographer and his father as a figure skating coach, having been Sasha Cohen's first trainer.[12][13] Yelchin's uncle is the children's author and painter Eugene Yelchin.[7] 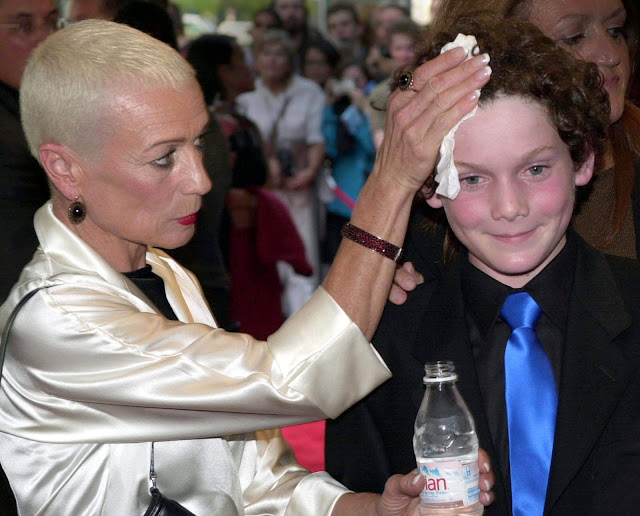 In an article published in the Los Angeles Times in December 1989, Yelchin's mother stated "A woman came up, saw Anton, and said, 'He's beautiful. He will be actor.'"[7] Yelchin had stated that he "wasn't very good" at figure skating, his parents' profession.[14] 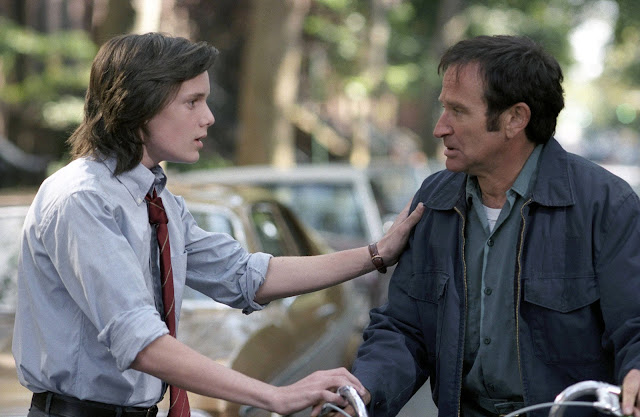 Yelchin began acting at the age of 9 in the independent film A Man is Mostly Water. His earliest roles include Jackson in A Time for Dancing,[1] Milo in Delivering Milo, Tommy Warshaw in House of D, and Jacob Clarke in the miniseries Taken. 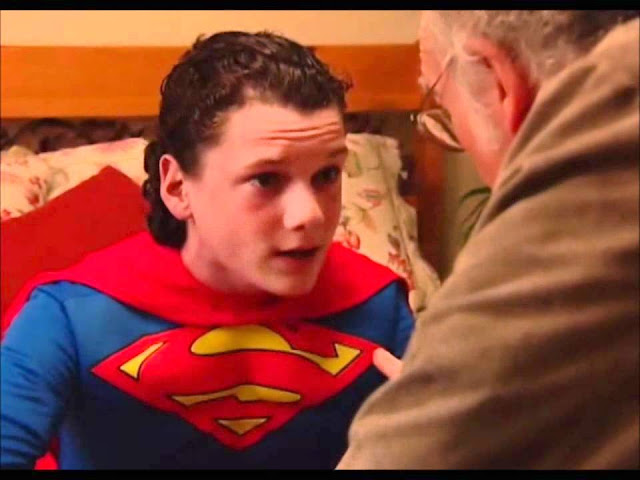 He made a guest appearance as Stewart, Cheryl David's cousin and a self-described magician (who only knows one card trick), in a season four episode of Curb Your Enthusiasm, and starred as Byrd Huffstodt, the 14-year-old son of Dr. Craig "Huff" Huffstodt (Hank Azaria), on the television series Huff, which ran from 2004 to 2006. 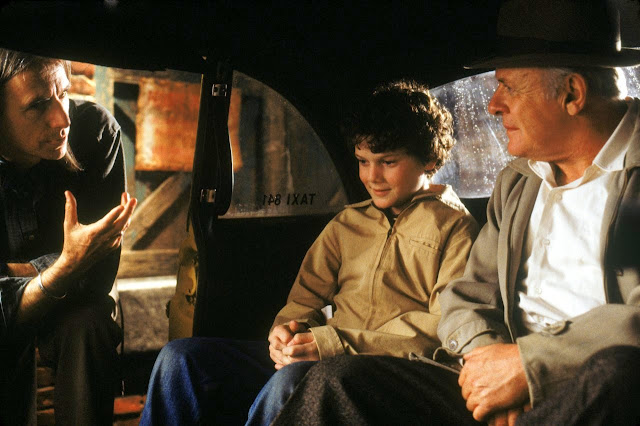 In 2006, he also had a role on an episode ("Tru Love") of the series Law and Order: Criminal Intent, playing a boy who falls in love with his teacher. His biggest film recognition came for the role of Bobby Garfield in Hearts in Atlantis (2001), for which he won Best Performance in a Feature Film – Leading Young Actor at the 2002 Young Artist Awards. He also appeared in the Criminal Minds episode "Sex, Birth and Death" as Nathan Harris, a boy who has fantasies about killing prostitutes. 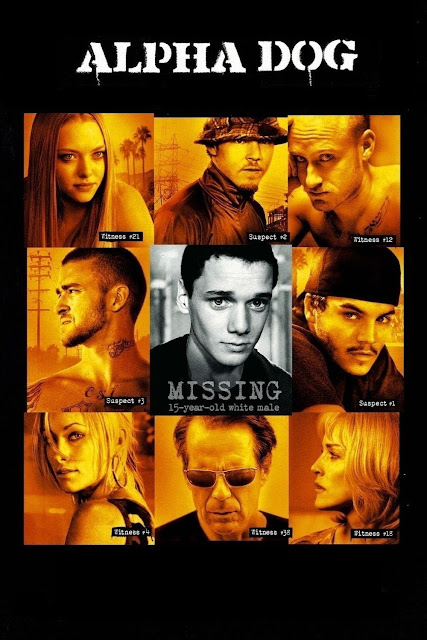 Yelchin appeared in Alpha Dog, a crime thriller that received an American release on January 12, 2007. In the film he played Zack Mazursky, a character based on real-life kidnap and murder victim Nicholas Markowitz.[12] USA Today's review described the performance as "heartbreakingly endearing."[15] After the premiere, Markowitz's mother praised his portrayal of her son.[16] Yelchin subsequently headlined Fierce People, a drama which received a limited release on September 7 of that year and co-starred Diane Lane, Donald Sutherland and Chris Evans. 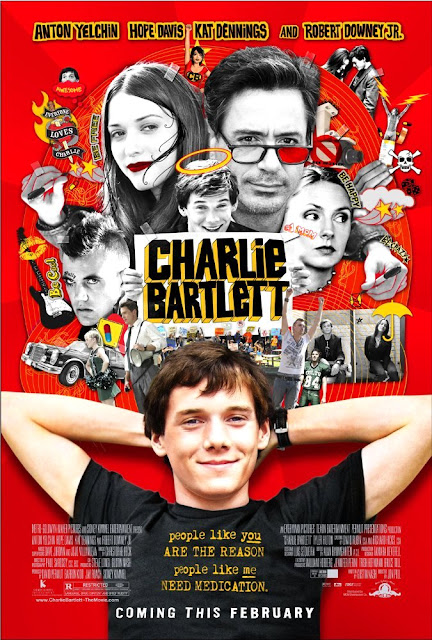 In 2008 Yelchin played the title role in Charlie Bartlett, a film about a wealthy teenager in a public high school.[17] Also that year, Yelchin appeared alongside the Russian duo t.A.T.u. in the movie You and I (which was filmed in Moscow during the summer of 2007),[18] and co-starred with Susan Sarandon and Justin Chatwin in Middle of Nowhere. He next starred in two May 2009 releases: the eleventh Star Trek film, in which he portrayed 17-year-old navigator Pavel Chekov, and Terminator Salvation, in which he was cast as a teenage Kyle Reese.[19][20] 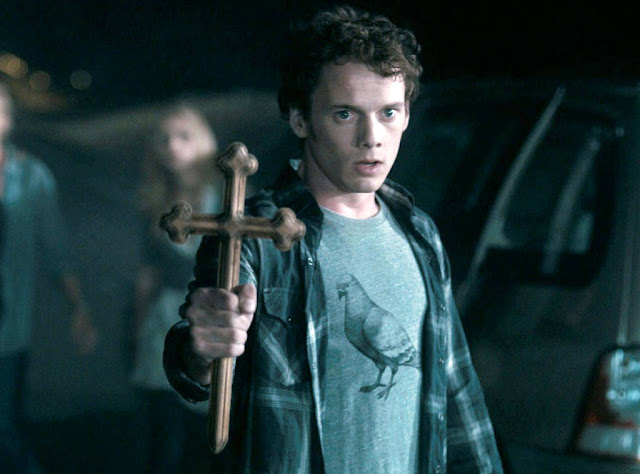 In 2011 Yelchin portrayed Charley Brewster in the remake of Fright Night, directed by Craig Gillespie,[21] starred in the romantic drama Like Crazy, and voiced Clumsy Smurf in the film adaptation of The Smurfs and its sequel.[22][23] He provided the voice for the Albino Pirate character in the US version of the animated film The Pirates! In an Adventure with Scientists! (released in North America as The Pirates! Band of Misfits) (2012),[24][25] (replacing Russell Tovey) and for Shun in From Up on Poppy Hill by Studio Ghibli. 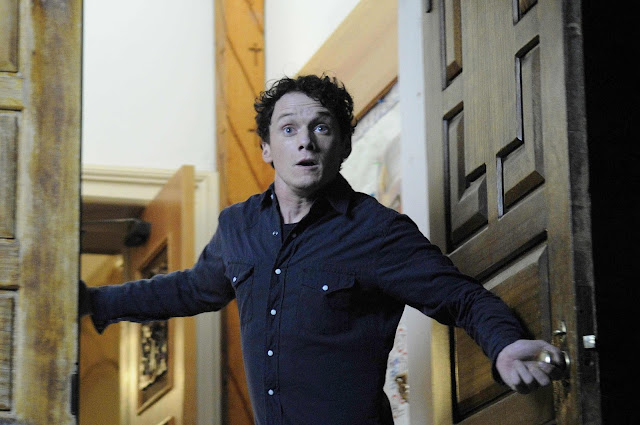 He reprised the role of Chekov in Star Trek Into Darkness (2013) and played the lead in the thriller Odd Thomas (2013)[26] and the horror comedy Burying the Ex (2014). In 2015, he starred in the independent horror film Green Room which premiered at the Cannes film festival that year and received limited theatrical release in May 2016. 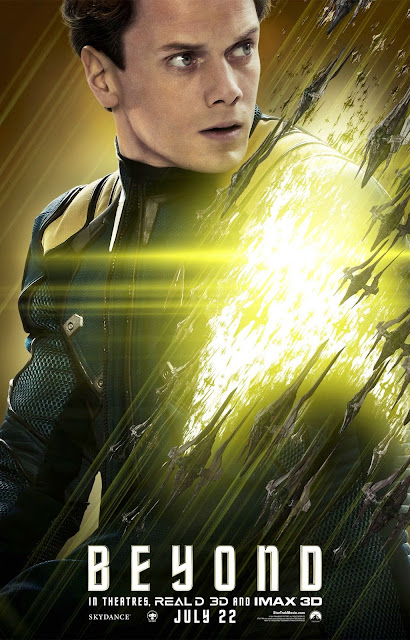 Shortly before his death on June 19, 2016, he had reprised his role as Chekov again in Star Trek Beyond, which was released on July 22, 2016. He also completed filming several independent films which are in post-production.[27]

He recorded the voice role of Jim in Guillermo del Toro's Trollhunters not long before his death.[28][29] 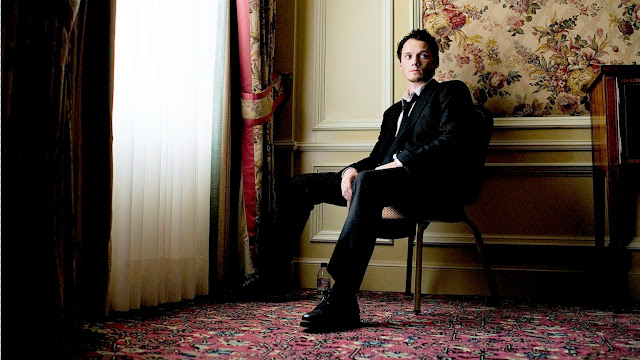 Yelchin once played in a punk band named the Hammerheads, which later disbanded.[9][30] He enjoyed playing the guitar, saying that it gave him "a lot of fulfillment," and was a fan of acoustic blues music.

He attended the Sherman Oaks Center for Enriched Studies in Tarzana, California,[12] and enrolled at the University of Southern California in fall 2007 to study film.[31] 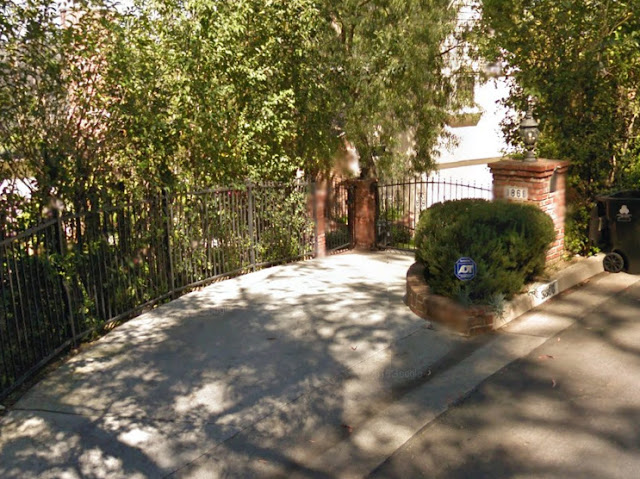 Early in the morning of June 19, 2016, Yelchin was found by friends pinned between his Jeep Grand Cherokee and a brick pillar outside his home in Studio City, California, in what was described as a "freak accident."[32] Yelchin exited his car while in his driveway, which is on a steep incline, when it rolled back and trapped him against the pillar and a security fence.[2] He was pronounced dead later that day.[3] The Jeep crushed his lungs, and he is believed to have died within 60 seconds of impact.[33]

The Los Angeles County coroner's office identified the cause of death as "blunt traumatic asphyxia" and stated that there were "no obvious suspicious circumstances involved."[34] The vehicle involved was among some Fiat Chrysler models under a recall notice for transmission errors leading to unintended rolling, and while the initial recall had begun before Yelchin's death, no affected vehicles had yet been repaired. Following his death, the producers of Star Trek said the role of Chekov would not be recast and the character would be written out of any subsequent films. Star Trek Beyond was dedicated to his memory.[35]

On August 1, 2016, the attorney of Yelchin's parents announced that they were planning to file a wrongful death lawsuit against Fiat Chrysler.[36] The car manufacturers later refused to accept the blame for the accident, stating Yelchin was responsible for his own death because he had misused the vehicle.[37] 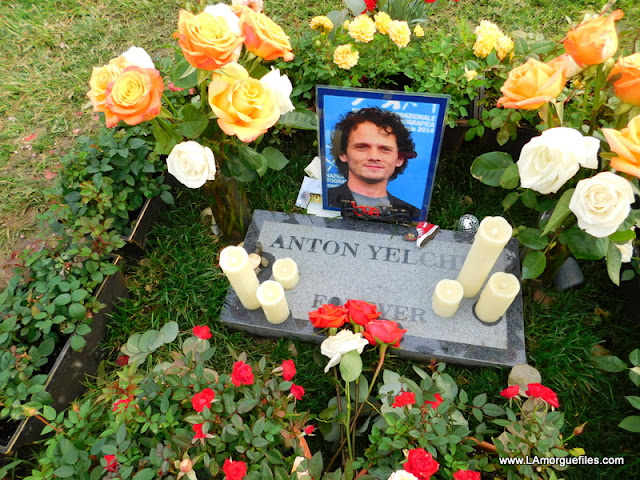 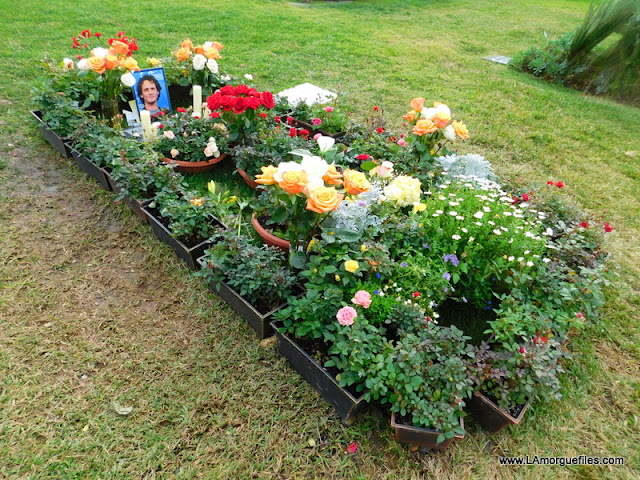 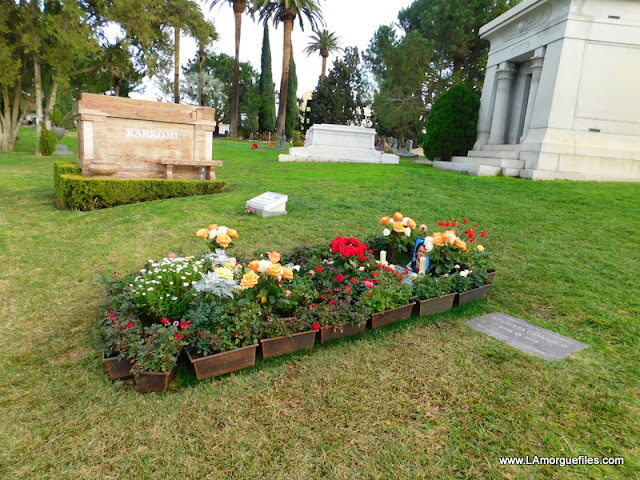 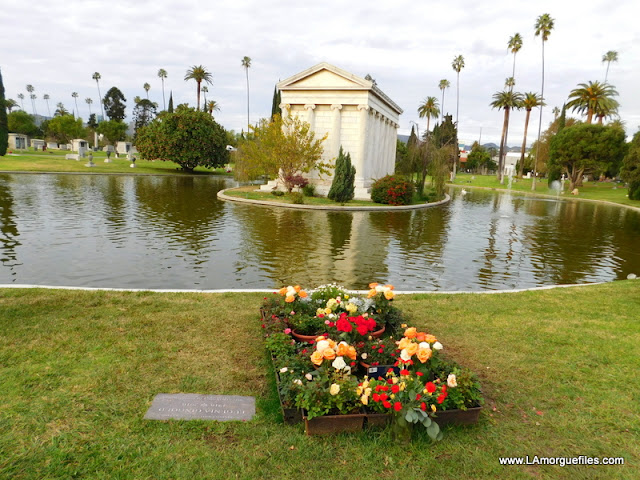 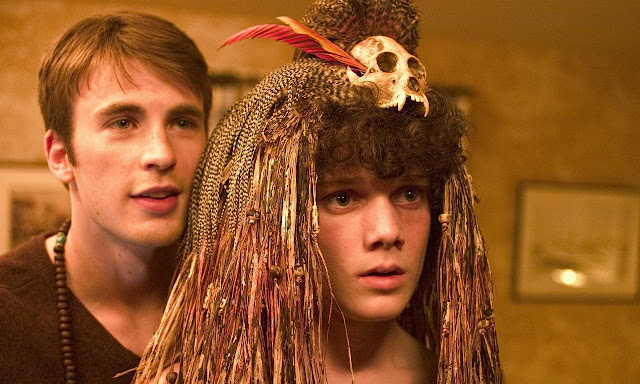 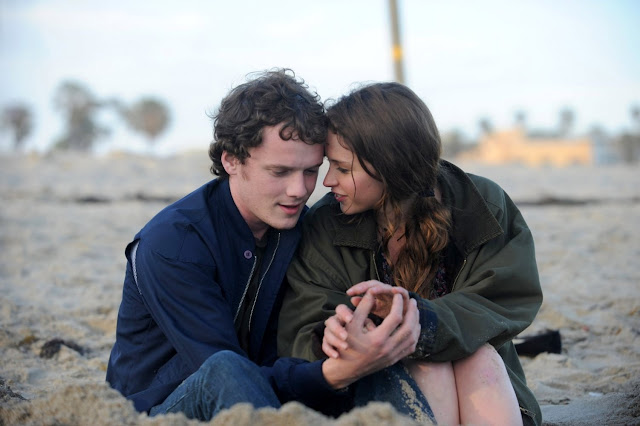 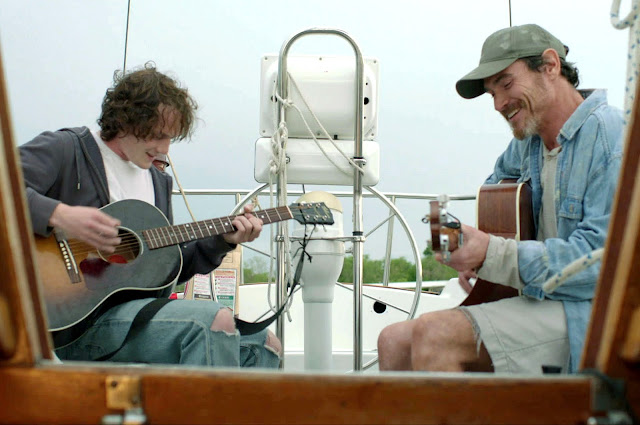 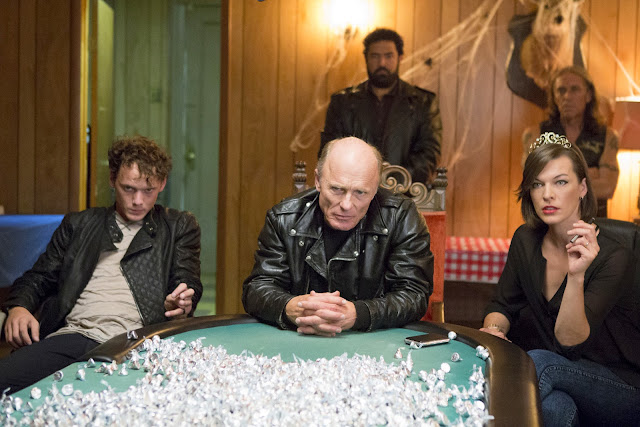 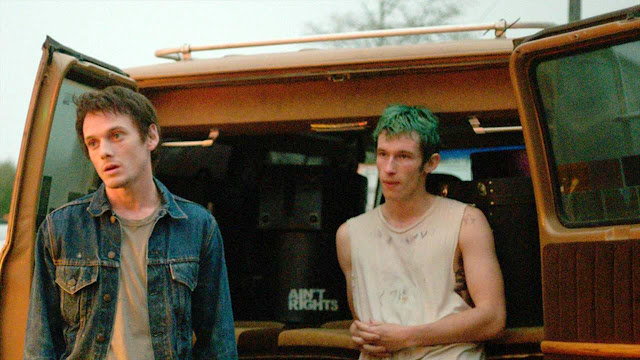 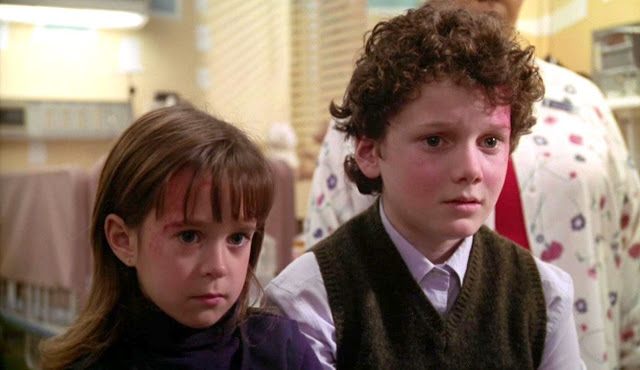 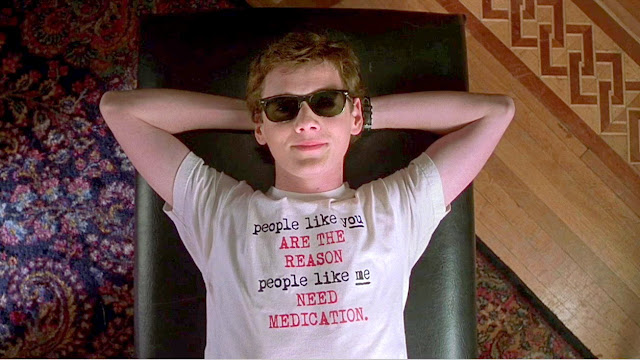