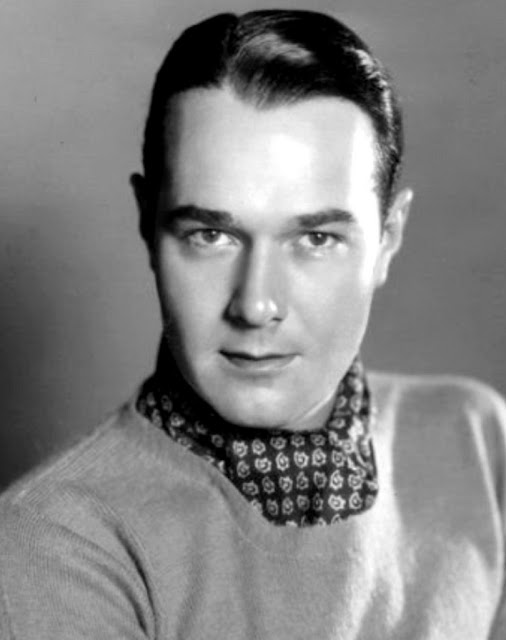 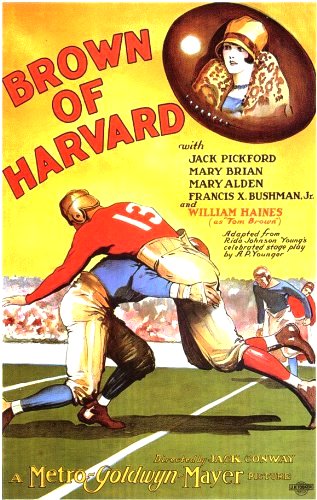 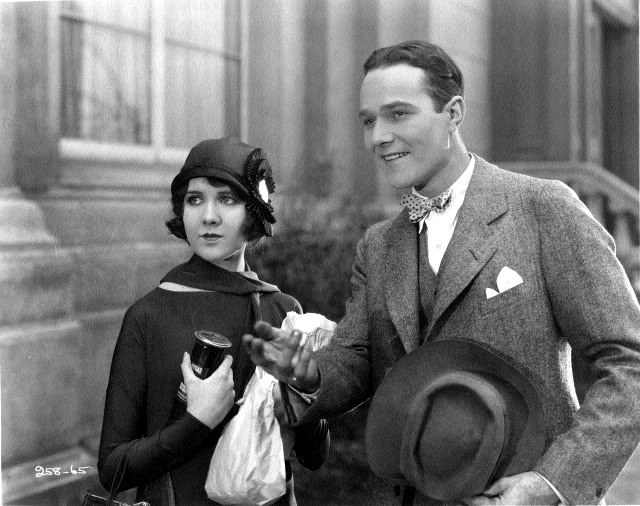 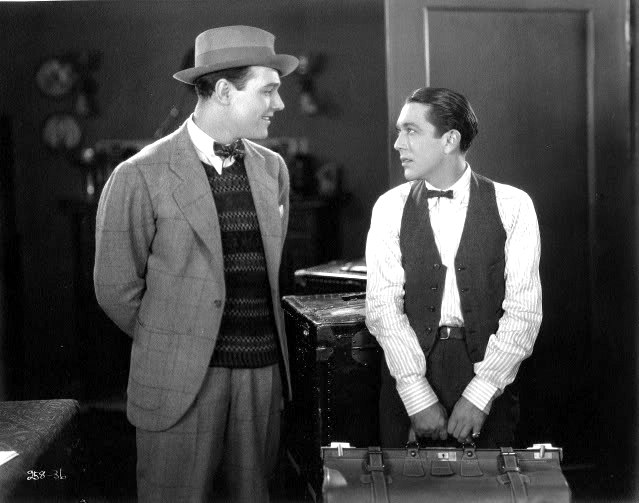 Haines was discovered by a talent scout and signed with Metro-Goldwyn-Mayer (MGM) in 1922. His career gained momentum when he was loaned out to Columbia Pictures where he received favorable reviews for his role in The Midnight Express. Haines returned to MGM and was cast in the 1926 film Brown of Harvard. The role solidified his screen persona as a wisecracking, arrogant leading man. By the end of the 1920s, Haines had appeared in a string of successful films and was a popular box office draw. 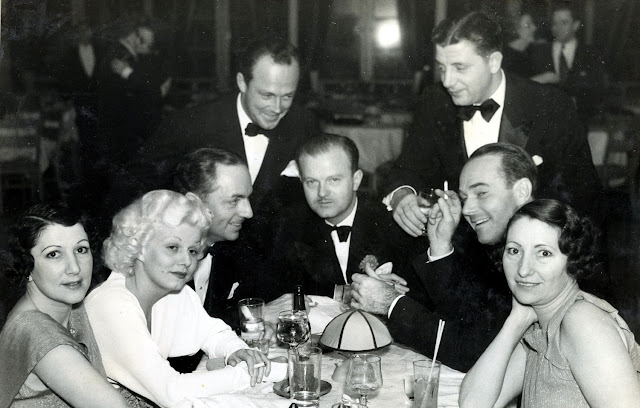 His career was cut short by the 1930s due to his refusal to deny his homosexuality. Haines quit acting in 1935 and started a successful interior design business with his life partner Jimmie Shields, and was supported by friends in Hollywood. Haines died of lung cancer in December 1973 at the age of 73.

Haines was born on January 2, 1900 (he claimed he was born on January 1) in Staunton, Virginia,[1] the third child of George Adam Haines, a cigar maker, and Laura Virginia Haines (née Matthews). Two older siblings died in infancy.[2] He had four younger siblings: Lillian, born in 1902; Ann, born in 1907; George, Jr., born in 1908;[3] and Henry, born in 1917.[4] He was baptized at the Trinity Episcopal Church in Staunton at the age of eight, where he later sang in the choir.[5] He became fascinated with stage performance and motion pictures at an early age, spending hours watching early silent films in the local theatres.

Haines ran away from home at the age of 14, accompanied by an unidentified young man whom Haines referred to as his "boyfriend."[6] The pair went first to Richmond and then to Hopewell, which had a reputation for immorality.[7] Haines and his boyfriend got jobs working at the local DuPont factory, producing nitrocellulose for $50 a week. To supplement their income, the couple opened a dance hall, which may have also served as a brothel.[8] His parents, frantic over his disappearance, tracked him through the police to Hopewell. Haines did not return home with them, remaining instead in Hopewell and sending money back home to help support the family. The couple remained in Hopewell until most of the town was destroyed by fire in 1915. Haines moved to New York City. It is unclear whether his boyfriend accompanied him.[9]

Following the bankruptcy of the family business and the mental breakdown of George, Sr., the family moved to Richmond in 1916. Haines returned home in 1917 to help support them.[4] With his father recovered and employed, Haines returned to New York City in 1919, settling into the burgeoning gay community of Greenwich Village.[10] He worked a variety of jobs and was for a time the kept man of an older woman[11] before becoming a model. Talent scout Bijou Fernandez discovered Haines as part of the Samuel Goldwyn Company's "New Faces of 1922" contest and the studio signed him to a $40 a week contract. He traveled to Hollywood with fellow contest winner Eleanor Boardman in March of that year.[12] 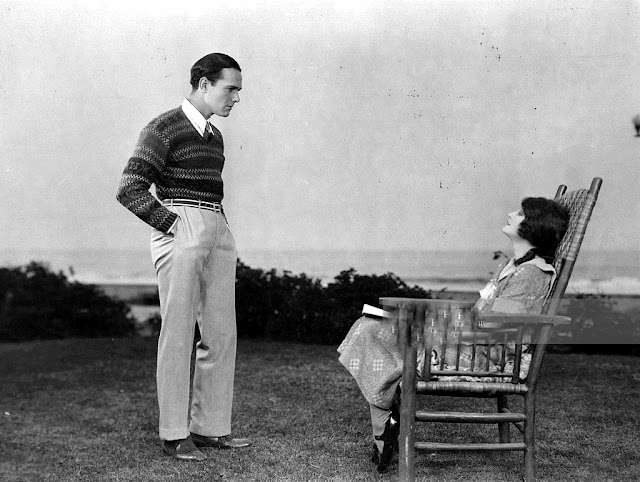 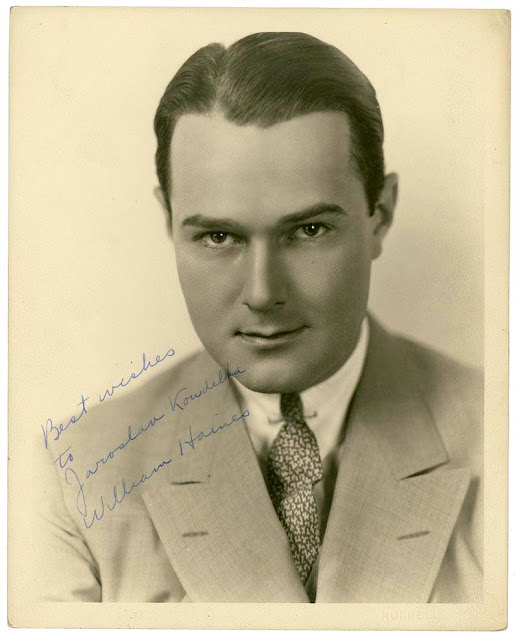 Haines' career began slowly, as he appeared in extra and bit parts, mostly uncredited. His first significant role was in Three Wise Fools (1923). He attracted positive critical attention and the studio began building him up as a new star. However, he continued to play small, unimportant parts at Goldwyn. It was not until his home studio loaned him to Fox in 1923 for The Desert Outlaw that he got the opportunity to play a significant role. In 1924, MGM lent Haines to Columbia Pictures for a five-picture deal. The first of these, The Midnight Express (1924), received excellent reviews and Columbia offered to buy his contract. The offer was refused and Haines continued in bit roles for Goldwyn. Haines scored his first big personal success with Brown of Harvard (1926) opposite Jack Pickford and Mary Brian. It was in Brown that he crystallized his screen image, a young arrogant man who is humbled by the last reel. It was a formula to which he was repeatedly returned for the next several years.

On a trip to New York in 1926, Haines met James "Jimmie" Shields, possibly as a pick-up on the street.[13] Haines convinced Shields to move to Los Angeles, promising to get him work as an extra. The pair were soon living together and viewed themselves as a committed couple.[14] 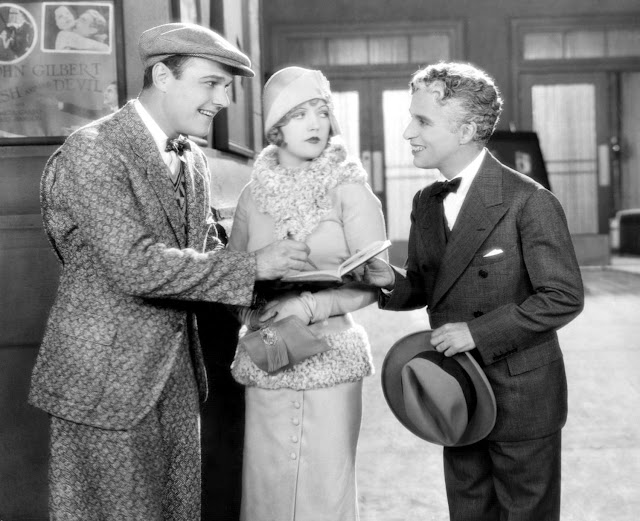 Haines with Marion Davies and Charlie Chaplin in Show People (1928) 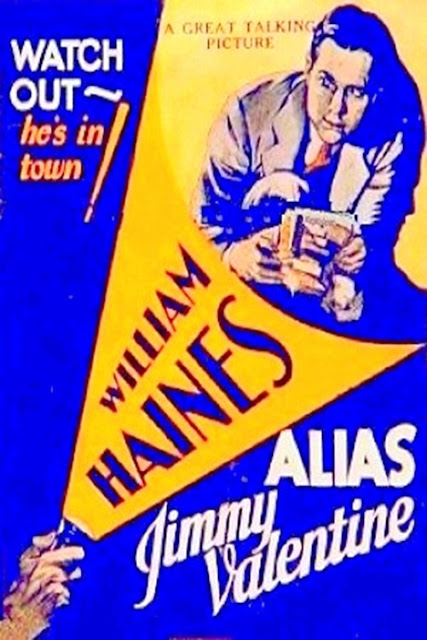 He made a successful transition into sound films in the part-sound film Alias Jimmy Valentine (1928). 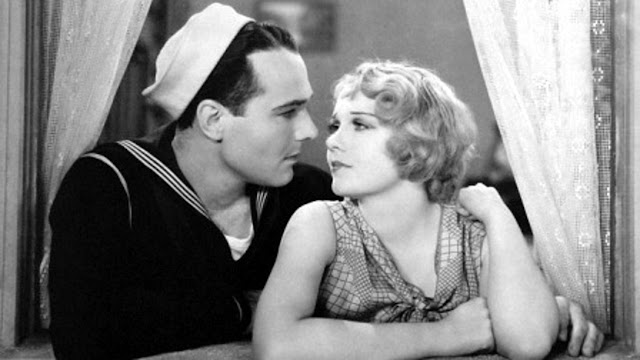 His first all-sound film, Navy Blues, was released in 1929.

He starred in Way Out West in 1930. The 1930 Quigley Poll, a survey of film exhibitors, listed Haines as the top box office attraction in the country.

In 1933, Haines was arrested in a YMCA with a sailor he had picked up in Los Angeles' Pershing Square. Louis B. Mayer, the studio head at MGM, delivered an ultimatum to Haines: Choose between a sham marriage (also known as a "lavender marriage") or his relationship with Shields. Haines chose Shields and they remained together for almost 50 years.[15] Mayer subsequently fired Haines and terminated his contract.[1] He made a few minor films at Poverty Row studios, then retired from acting. His final films were made with Mascot Pictures, Young and Beautiful and The Marines Are Coming in 1934. 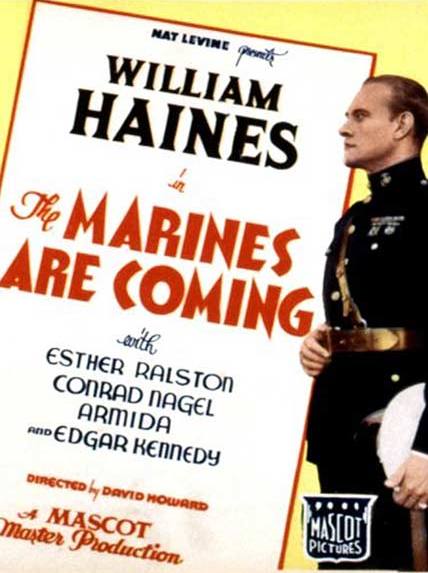 Haines never returned to acting, but continued to receive offers for film roles. During production of Sunset Boulevard (1950), Haines was offered a cameo role in the film, which he declined. He later said, "It's a rather pleasant feeling of being away from pictures and being part of them because all my friends are. I can see the nice side of them without seeing the ugly side of the studios."[16] 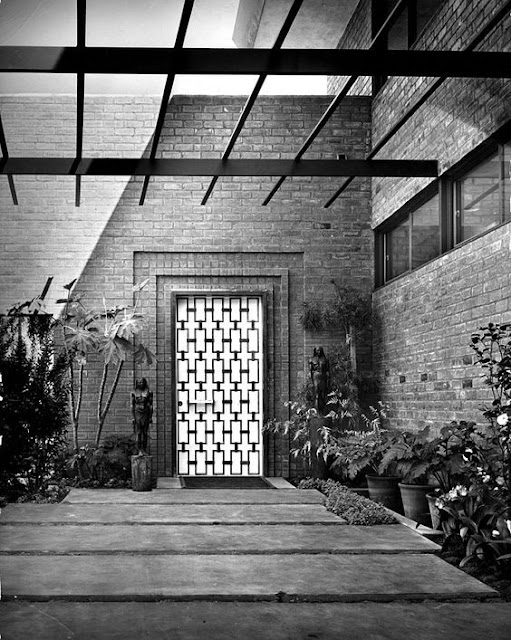 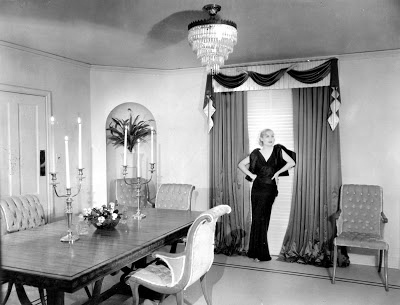 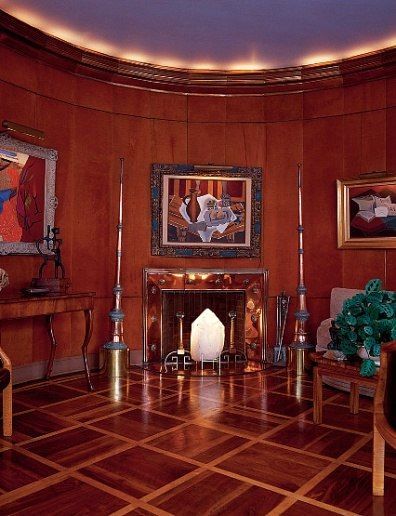 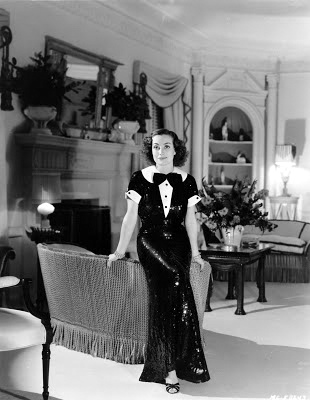 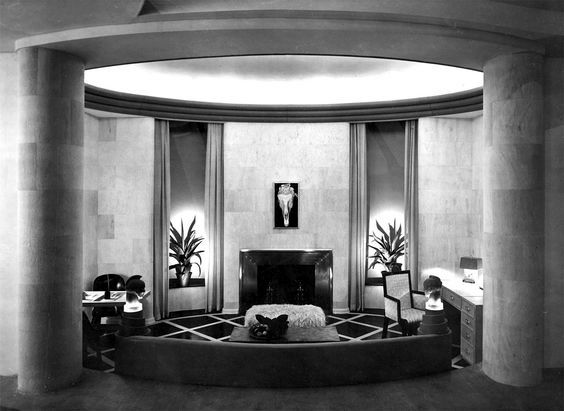 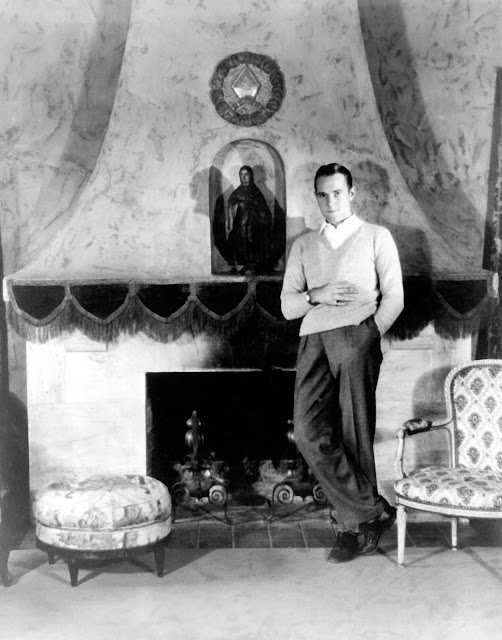 Haines and Shields began a successful dual career as interior designers and antique dealers. Among their early clients were friends such as Joan Crawford, Gloria Swanson, Carole Lombard, Marion Davies and George Cukor. Their lives were disrupted in June 1936 when approximately 100 members of a white supremacist group dragged the two men from their El Porto, Manhattan Beach home and beat them, because a neighbor had accused the two of propositioning his son.[1][17] The incident was widely reported at the time, but Manhattan Beach police never brought charges against the couple's attackers. The child molestation accusations against Haines and Shields were unfounded and the case was dismissed due to a lack of evidence.[18] 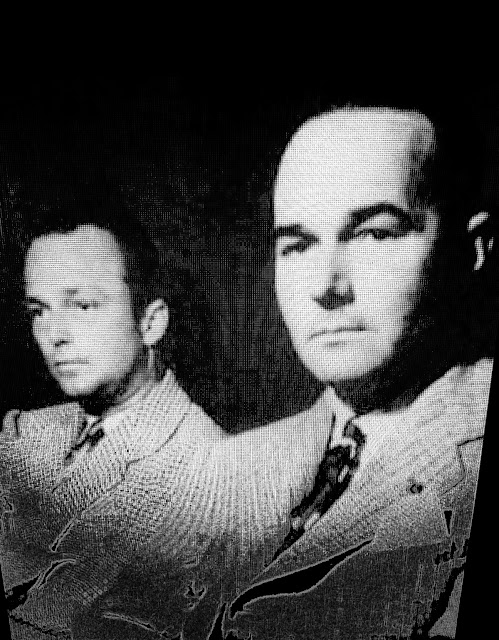 The couple finally settled in the Hollywood community of Brentwood and their business prospered until their retirement in the early 1970s, except for a brief interruption when Haines served in World War II.[19] Their clients included Betsy Bloomingdale and Ronald and Nancy Reagan when Reagan was governor of California. Maintaining a home in Palm Springs, California,[20] Haines and Ted Graber designed the interiors of Walter and Leonore Annenberg's "Sunnylands" estate in nearby Rancho Mirage.[21] 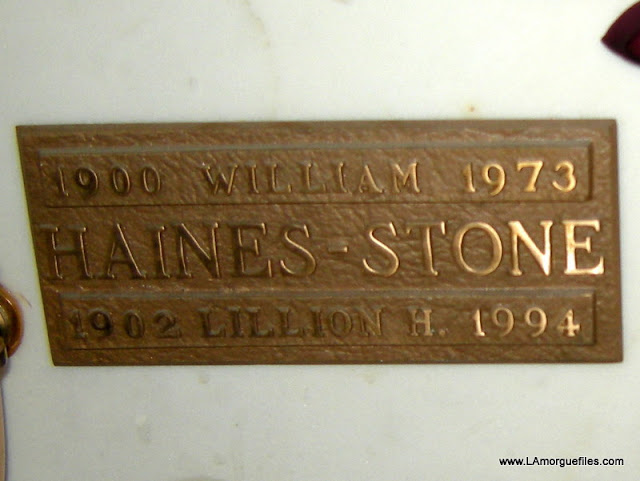 Haines and Shields remained together until Haines' death. Joan Crawford described them as "the happiest married couple in Hollywood."[22] 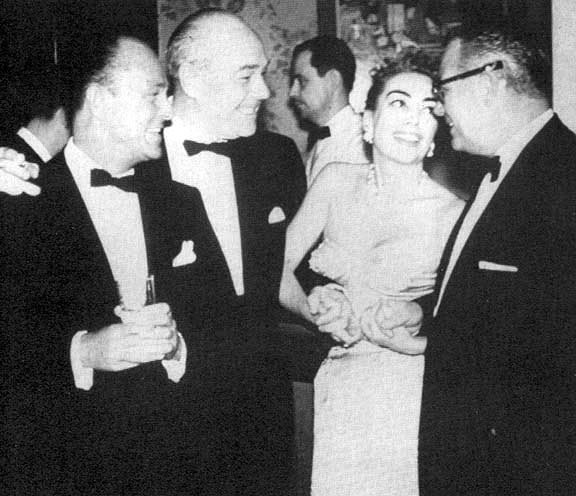 On December 26, 1973, Haines died from lung cancer in Santa Monica, California at the age of 73.[23] Soon afterward, Shields took an overdose of sleeping pills. His suicide note read in part, "Goodbye to all of you who have tried so hard to comfort me in my loss of William Haines, whom I have been with since 1926. I now find it impossible to go it alone, I am much too lonely."[24] They were interred side by side in Woodlawn Memorial Cemetery in Santa Monica.[25][26] 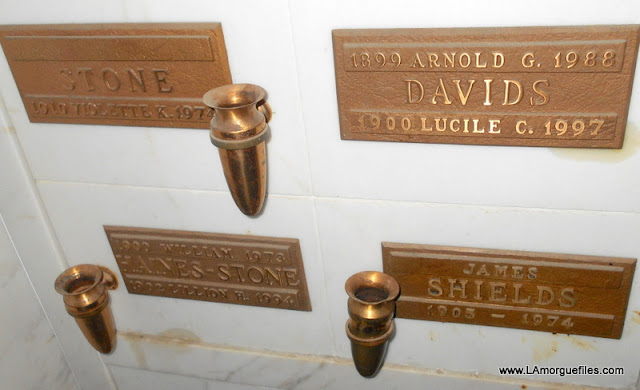 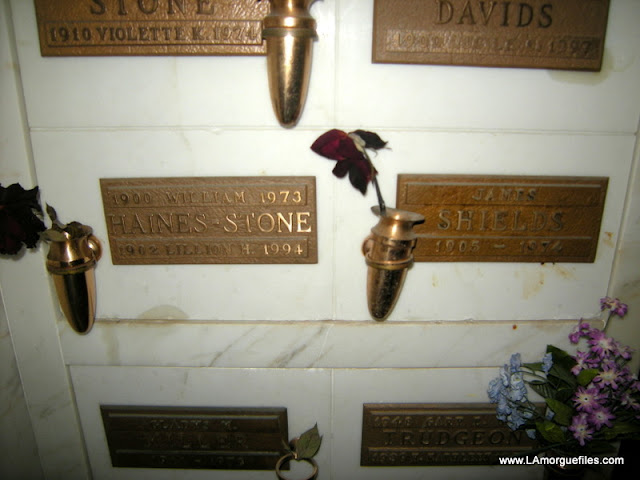 For his contribution to the motion picture industry, William Haines has a star on the Hollywood Walk of Fame located at 7012 Hollywood Blvd.[27]

William Haines Designs remains in operation, with main offices in West Hollywood and showrooms in New York, Denver and Dallas.[28] 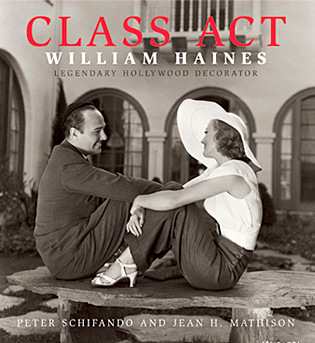 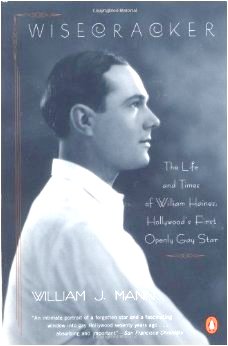 World of Wonder produced Out of the Closet, Off the Screen: The Life of William Haines, which aired on American Movie Classics in 2001.[29]