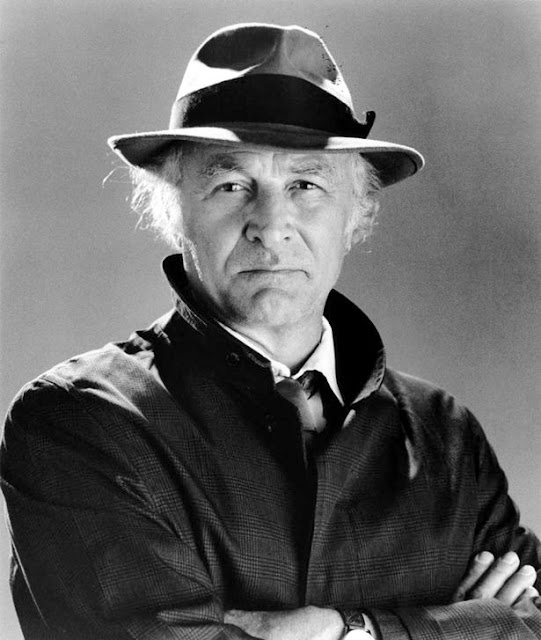 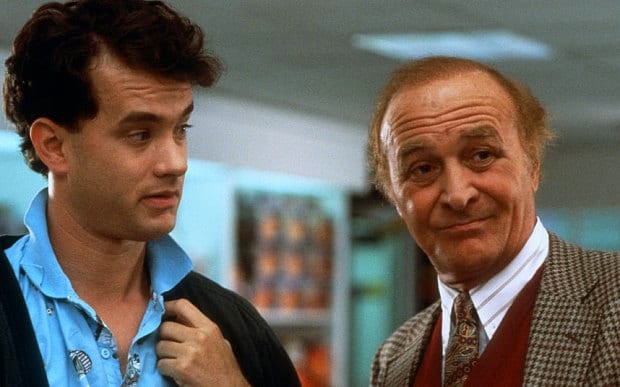 In a career spanning over sixty years, Loggia performed in such notable films as The Greatest Story Ever Told (1965), Revenge of the Pink Panther (1978), 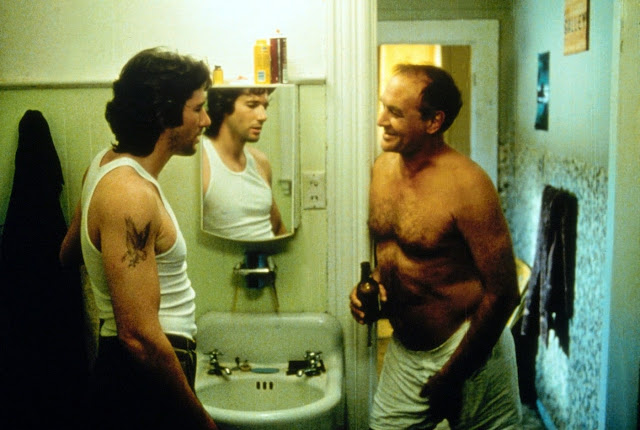 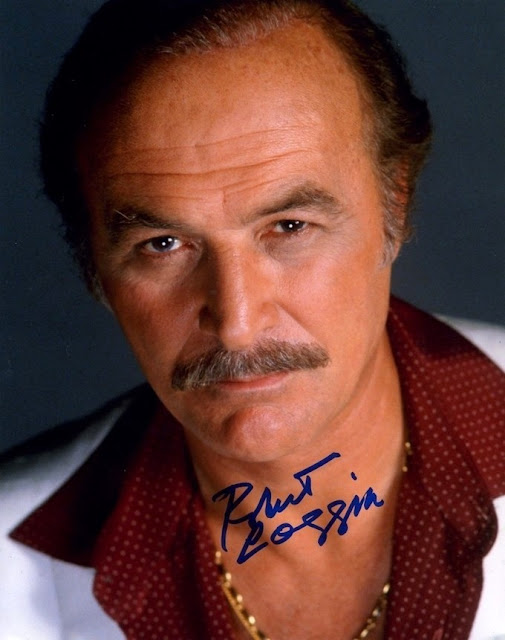 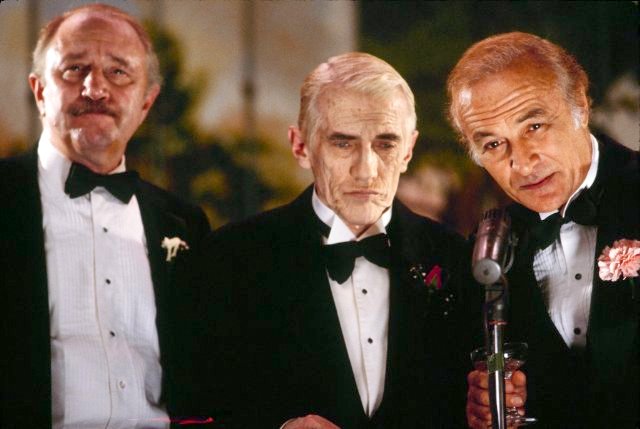 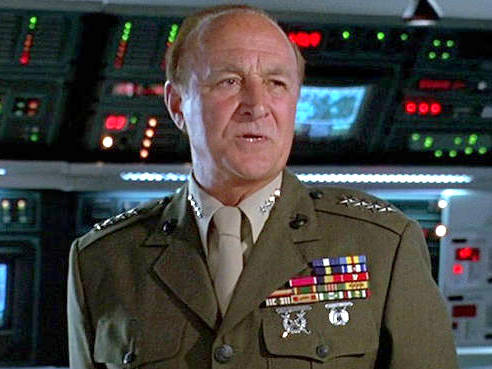 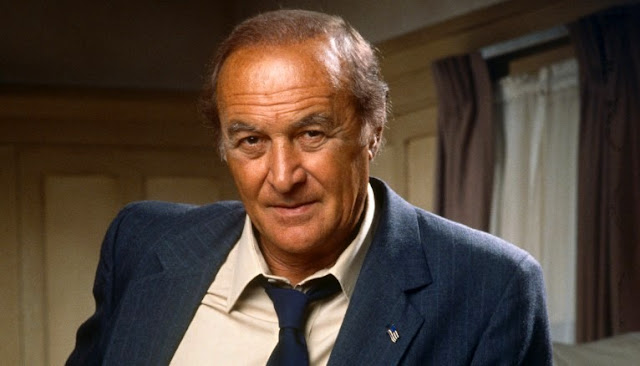 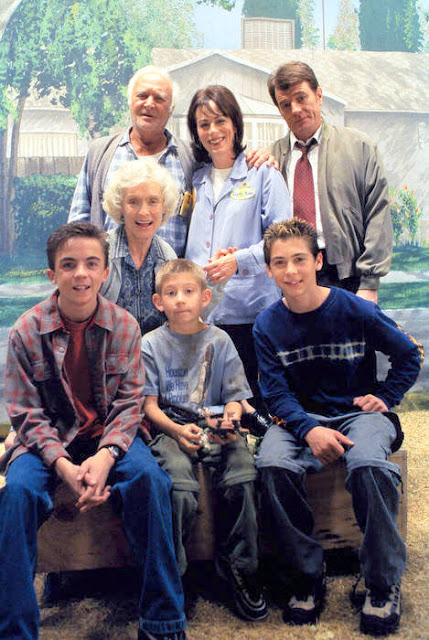 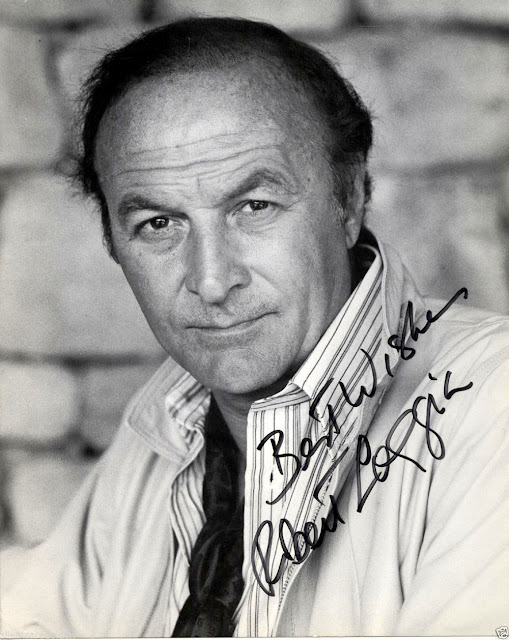 Salvatore Loggia (Italian pronunciation: [salvaˈtoːre ˈlɔddʒa]), an Italian American, was born in Staten Island, New York on January 3, 1930, to Biagio Loggia, a shoemaker born in Palma di Montechiaro, Agrigento, Sicily, and Elena Blandino, a homemaker born in Vittoria, Ragusa, Sicily.[1][3][4] He grew up in the Little Italy neighborhood, where the family spoke Italian at home. He attended New Dorp High School before going to Wagner College. Later he started courses towards a degree in journalism at the University of Missouri, but later switched to drama courses with Alvina Krause at Northwestern University.

After serving in the United States Army, he married Marjorie Sloan in 1954, and began a long career at the Actors Studio, studying under Stella Adler.[5] 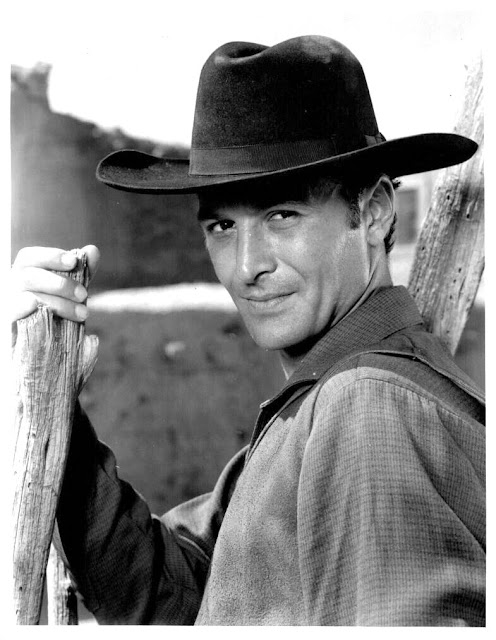 Although Loggia made his first film in 1956, in an uncredited appearance, it was not until he was cast as a New Mexico lawman Elfego Baca, two years later, that he gained a breakthrough in Hollywood. Loggia was a radio and TV anchor on the Southern Command Network in the Panama Canal Zone, and he came to prominence playing a real-life sheriff in Nine Lives of Elfego Baca, a series of Walt Disney TV shows. 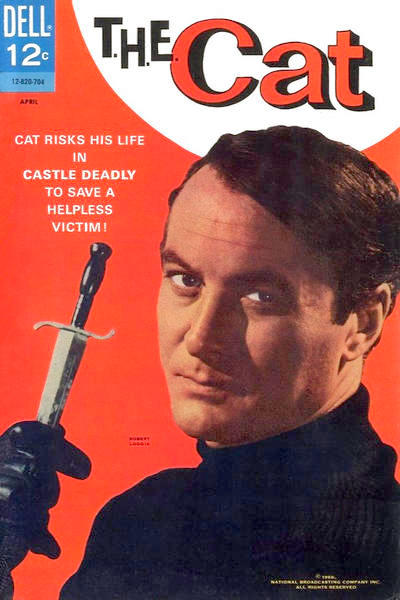 He later starred as the proverbial cat-burglar-turned-good circus artist, Thomas Hewitt Edward Cat, in a short-lived detective series called T.H.E. Cat, first broadcast in 1966. At first, T.H.E. Cat appeared to be a success, Loggia said: "We're drawing about a 30 per cent share of the audience, which NBC considers fine for a new show with new star."[6] After NBC cancelled the series, when viewing figures failed to deliver, Loggia went into a mid-life crisis; a "Dante-esque descent into the inferno," as he called it later. For six years his career foundered, and his marriage fell apart. Restless and unnerved, constantly riddled with self-doubt, a chance meeting with Audrey O'Brien was a saving grace. She helped him out of the crisis, and they later married. Despite playing Frank Carver on the CBS soap opera The Secret Storm[7] in 1972, he took a new course, when he decided to begin a career in directing.

He also carried on acting, and amassed many television credits in a variety of roles, including appearances on Overland Trail, Target: The Corruptors!, 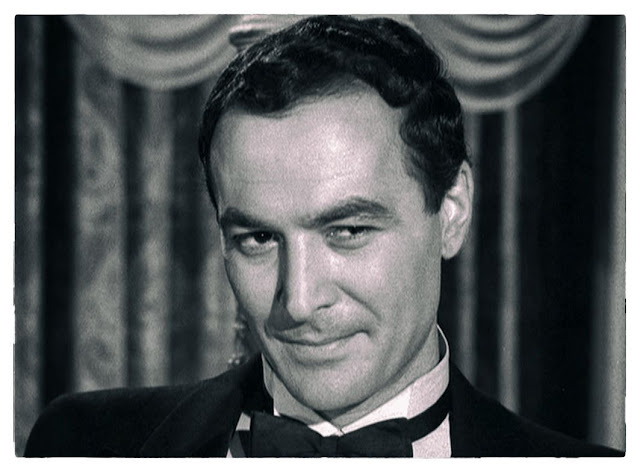 The director Blake Edwards often cast Loggia in his films in one of the minor and supporting roles. These included Revenge of the Pink Panther (1978); S.O.B. (1981), which was a satire about Hollywood; and the Pink Panther sequels.

Loggia was nominated for the Academy Award for Best Supporting Actor for his portrayal of crusty private detective Sam Ransom in the crime-thriller Jagged Edge (1985). He was nominated for the Primetime Emmy Award for Outstanding Lead Actor in a Drama Series, his first such honor, for portraying FBI agent Nick Mancuso in the TV series Mancuso, FBI (1989–1990), a follow up to the previous year's miniseries Favorite Son (1988). Loggia appeared as a mobster in multiple films, including: Bill Sykes, the immoral loanshark and shipyard agent in Disney's animated film Oliver and Company (1988), Salvatore "The Shark" Macelli in John Landis' Innocent Blood (1992), Mr. Eddy in David Lynch's Lost Highway (1997), and Don Vito Leoni in David Jablin's The Don's Analyst (1997).[2] Additionally, he played violent mobster Feech La Manna in several episodes of The Sopranos.

In 1998, Loggia appeared in a television commercial lampooning obscure celebrity endorsements. In it, a young boy names Loggia as someone he would trust to recommend Minute Maid orange-tangerine blend. Loggia instantly appears and endorses the drink, to which the boy exclaims, "Whoa, Robert Loggia!"[8] The commercial was later referenced in a Malcolm in the Middle episode, in which Loggia made a guest appearance as "Grandpa Victor" (for which he received his second Emmy nomination); in it, Loggia drinks some orange juice, then spits it out and complains about the pulp.

In addition to voicing Sykes in Disney's Oliver and Company, Loggia had several other voice acting roles, in multiple media, including: Admiral Petrarch in the computer game FreeSpace 2 (1999), the narrator of the Scarface: The World is Yours (2006) game adaptation and the anime movie The Dog of Flanders (1997), crooked cop Ray Machowski in the video game Grand Theft Auto III (2001), and a recurring role on the Adult Swim animated TV comedy series Tom Goes to the Mayor (2004–2006).[9]

In August 2009, Loggia appeared in one of Apple's Get a Mac advertisements. The advertisement features Loggia as a personal trainer hired by PC to get him back on top of his game. On October 26, 2009, TVGuide.com announced Loggia had joined the cast of the TNT series Men of a Certain Age.[10] 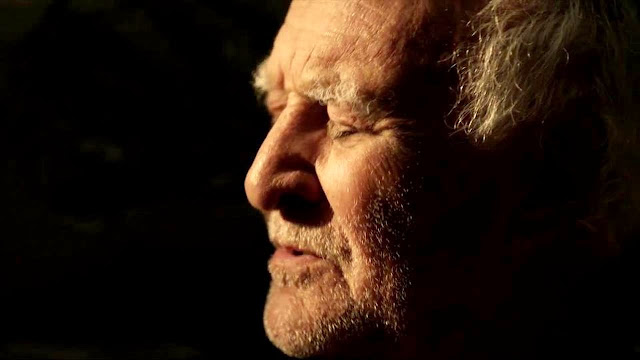 In 2012, Loggia portrayed Saint Peter during his final imprisonment in The Apostle Peter and the Last Supper.[2]

Loggia partnered with Canadian entrepreneur Frank D'Angelo from 2013, appearing in three films (Real Gangsters, The Big Fat Stone, and No Depo$it), with a fourth film in production (Sicilian Vampire) at the time of Loggia's death.

Loggia served as a director for episodes of Quincy M.E., Magnum P.I., and Hart to Hart.

Loggia reprised his role from Independence Day, General William Grey, in a cameo appearance in the 2016 sequel Independence Day: Resurgence, filmed shortly before his death. The film was released posthumously and dedicated to him. 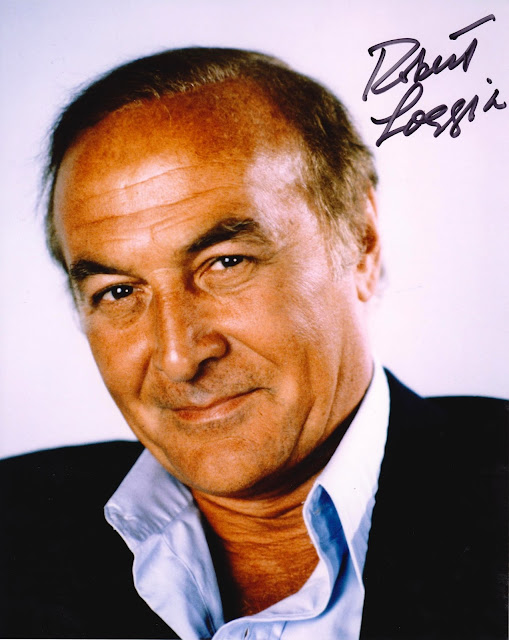 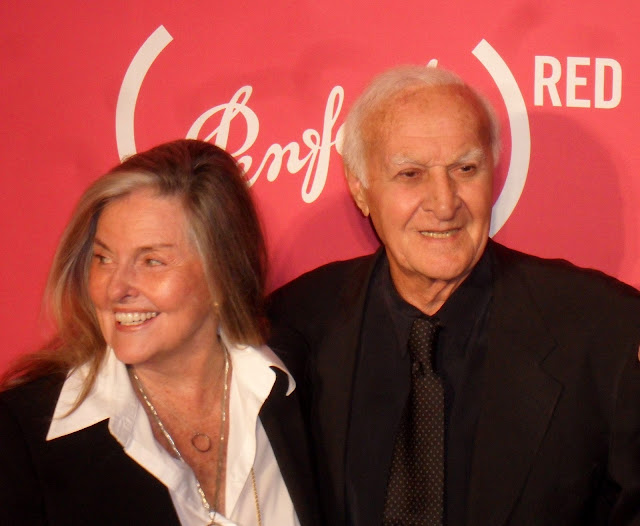 In 1982, Loggia married Audrey O'Brien, a business executive and the mother of his stepdaughter Cynthia Marlette. Loggia and O'Brien remained married until his death in 2015.[1] 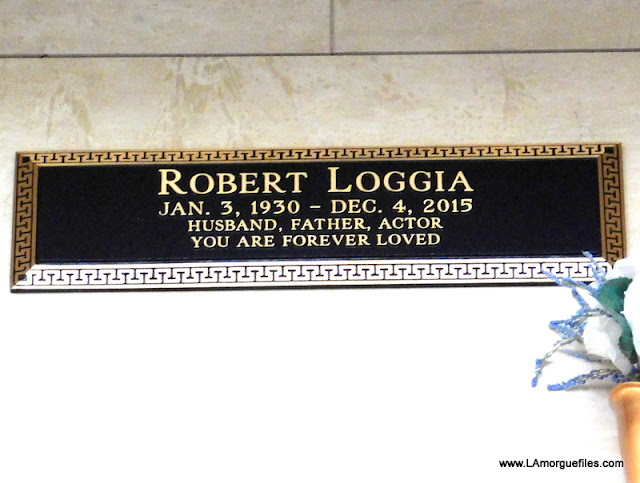 In 2010, Loggia was diagnosed with Alzheimer's disease.[14] He died on December 4, 2015, of complications from the disease, at his home in the Brentwood neighborhood of Los Angeles, at the age of 85.[14][15] He is interred at Westwood Village Cemetery. 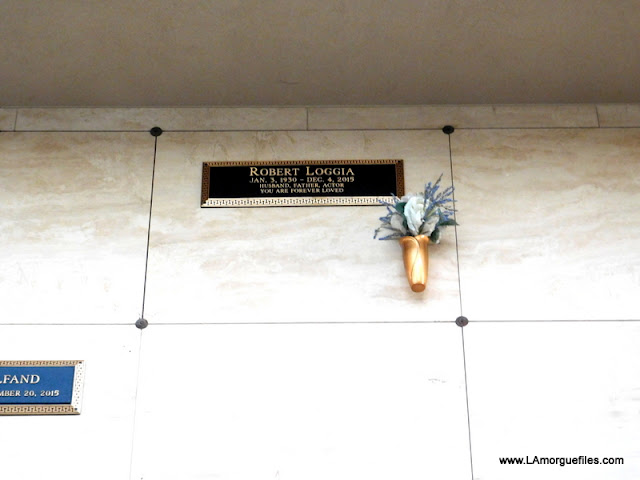 In 2010, Loggia was awarded the Ellis Island Medal of Honor in recognition of his humanitarian efforts.[16]

On December 17, 2011, Loggia was honored by his alma mater, the University of Missouri, with an honorary degree for his career and his humanitarian efforts.[17]