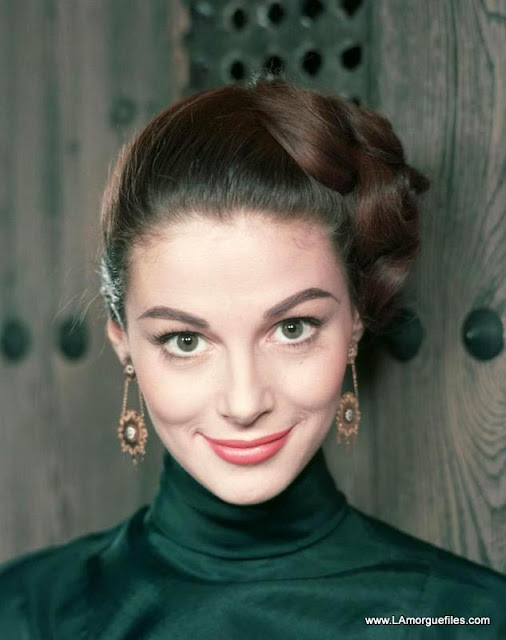 Pier Angeli (19 June 1932 – 10 September 1971)[1] was an Italian-born television and film actress. Her American cinematographic debut was in the starring role of the 1951 film Teresa, for which she won a Golden Globe Award. She had romantic relationships with actors Kirk Douglas and James Dean before going on to marry Vic Damone. She had been chosen to play a part in The Godfather, but died before filming began. 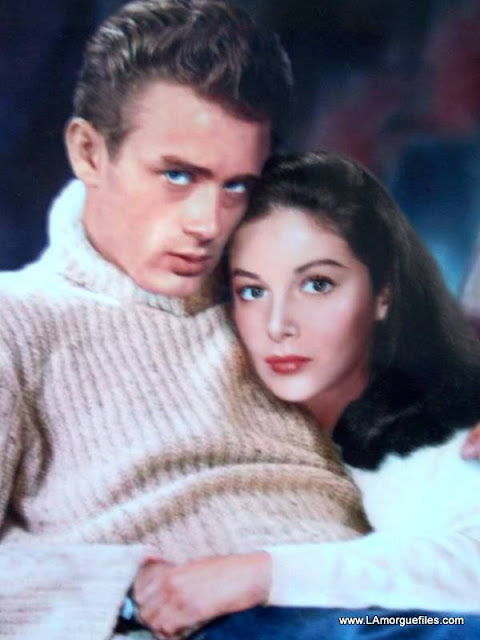 Born Anna Maria Pierangeli in Cagliari, Sardinia, Italy.[1] Her twin sister is the actress Marisa Pavan. Angeli made her film debut with Vittorio de Sica in Domani è troppo tardi (1950), after being spotted by director Léonide Moguy and Vittorio de Sica.[1] She was discovered by Hollywood, and MGM launched her in her first American film, Teresa (1951). Directed by Fred Zinnemann, this film also saw the joint debuts of Rod Steiger and John Ericson. Reviews for her performance in the film compared her to Greta Garbo, and she won the Golden Globe Award for New Star Of The Year – Actress. Under contract with MGM throughout the 1950s, she appeared in a series of films, including The Light Touch with Stewart Granger. Plans for a film of Romeo and Juliet with her and Marlon Brando fell through when a British-Italian production was announced. 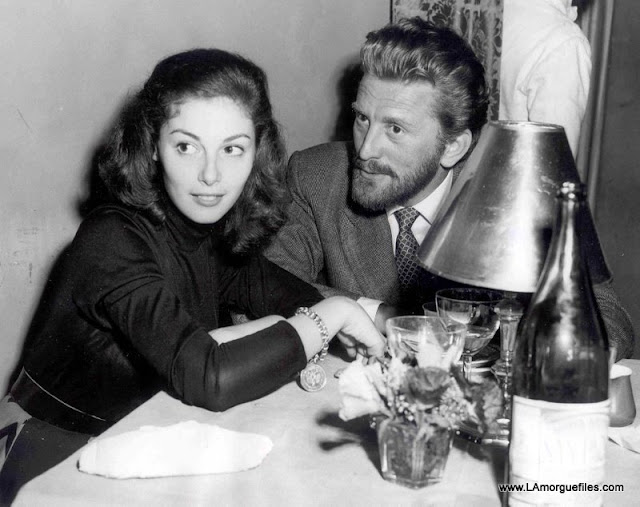 Her next few films were respectable but unexciting: The Story of Three Loves (1953) with Kirk Douglas; Sombrero, in which she replaced an indisposed Ava Gardner; and Flame and the Flesh (1954), in which she lost her man to Lana Turner. After discovering Leslie Caron, another continental ingénue, MGM lent Angeli out to other studios. She went to Warner Bros. for The Silver Chalice, which marked the debut of Paul Newman, and she made Mam'zelle Nitouche with the French comic actor Fernandel. For Paramount, she should have had the role of Anna Magnani's daughter in The Rose Tattoo, but because motherhood interfered, the role went to her twin sister, Marisa Pavan, who was nominated for an Academy Award for Best Supporting Actress for the role. Angeli was lent out again, to Columbia, for Port Afrique (1956). She returned to MGM for Somebody Up There Likes Me as Paul Newman's long-suffering wife (James Dean had originally been expected to play the starring role, which went to Newman after Dean's death). She then appeared in The Vintage (1957) with Mel Ferrer and John Kerr, and finished her contract in Merry Andrew, starring Danny Kaye. 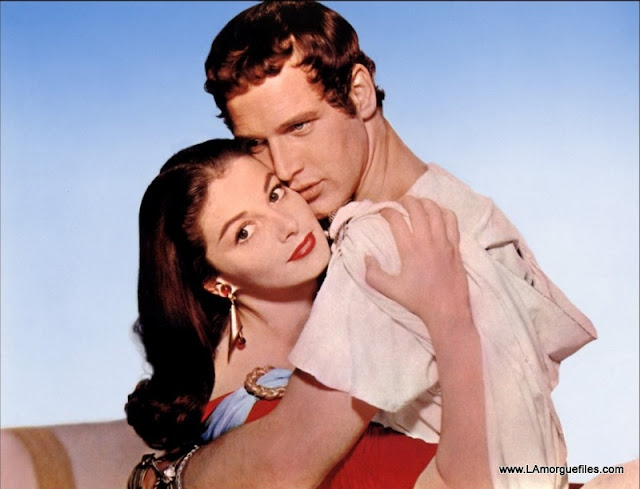 During the 1960s and until 1970, Angeli returned to live and work in Britain and Europe. Few of her films during that period were notable, despite a strong performance opposite Richard Attenborough in The Angry Silence (1960). She was reunited with Stewart Granger for Sodom and Gomorrah (1963), in which she played Lot's wife. She had a brief role in the war epic Battle of the Bulge (1965). 1968 found Angeli in Israel, top billed in Every Bastard a King, about events during that nation's recent war, but steady work was eluding her. It seemed as if her acting career might revive when she was picked to play a role in The Godfather, but she died soon before filming. 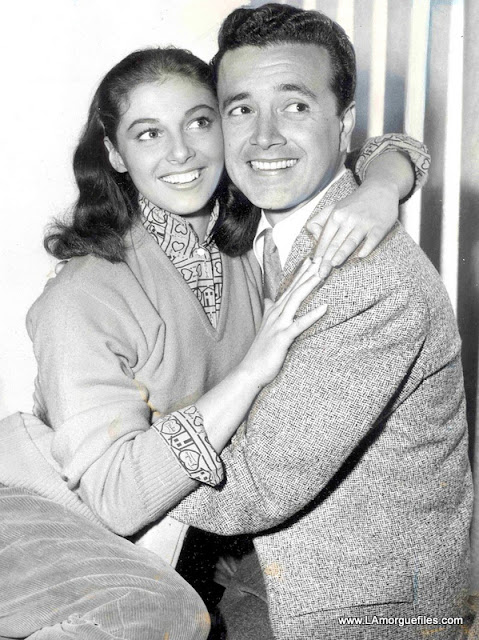 According to Kirk Douglas' autobiography, he and Angeli were engaged in the 1950s after meeting on the set of the 1953 film The Story of Three Loves.[2] For a short time, Angeli also had a romantic relationship with James Dean; however, under pressure from her domineering mother, she broke off the relationship and went on to marry singer and actor Vic Damone (1954–1958).[3] Her marriage to Damone ended in divorce, followed by highly publicized court battles for the custody of their one son, Perry Farinola. Her second marriage was to Italian composer Armando Trovaioli (1962–1969), with whom she had another son (Andrew). 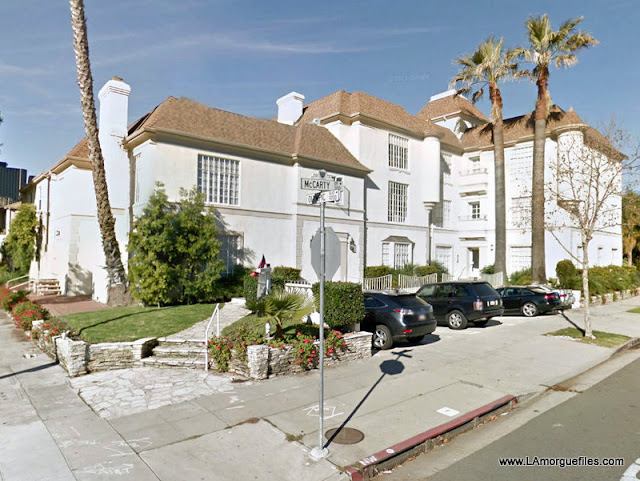 At the age of 39, despondent and lonely, Angeli was found dead in her home at 355 S. McCarty Dr. in Beverly Hills, of an accidental barbiturate overdose.[4][5] She is interred in the Cimetière des Bulvis, in Rueil-Malmaison, Hauts-de-Seine, France.

She was later portrayed by Valentina Cervi in the 2001 TV movie James Dean, which depicted her relationship with Dean. 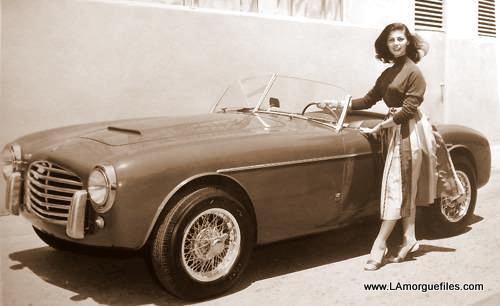