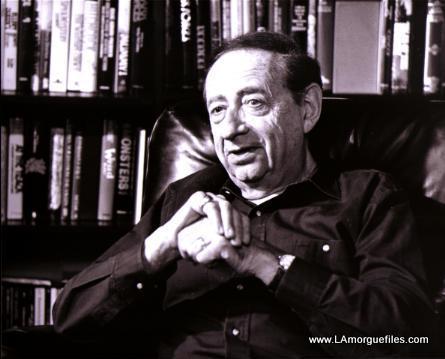 Bloch wrote hundreds of short stories and over twenty novels, usually crime fiction, science fiction and, perhaps most influentially, horror fiction (Psycho). He was one of the youngest members of the Lovecraft Circle. H. P. Lovecraft was Bloch's mentor and one of the first to seriously encourage his talent. He was a contributor to pulp magazines such as Weird Tales in his early career, and was also a prolific screenwriter. He was the recipient of the Hugo Award (for his story "That Hell-Bound Train"), the Bram Stoker Award, and the World Fantasy Award. He served a term as president of the Mystery Writers of America. Robert Bloch was also a major contributor to science fiction fanzines and fandom in general. In the 1940s, he created the humorous character Lefty Feep in a story for Fantastic Adventures. He also worked for a time in local vaudeville and tried to break into writing for nationally-known performers. He was a good friend of the science fiction writer Stanley G. Weinbaum. In the 1960s, he wrote three scripts for Star Trek. In 2008, The Library of America selected Bloch’s story “The Shambles of Ed Gein” for inclusion in its two-century retrospective of American True Crime.

Bloch died in 1994 in Los Angeles. He was cremated and interred in the Room of Prayer columbarium at Westwood Village Memorial Park Cemetery in Los Angeles. 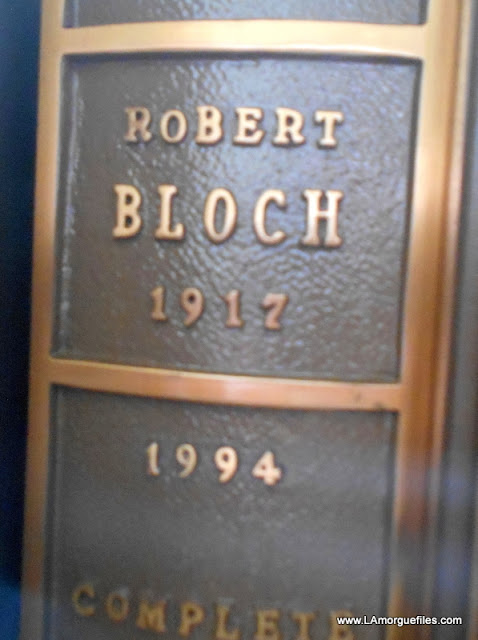 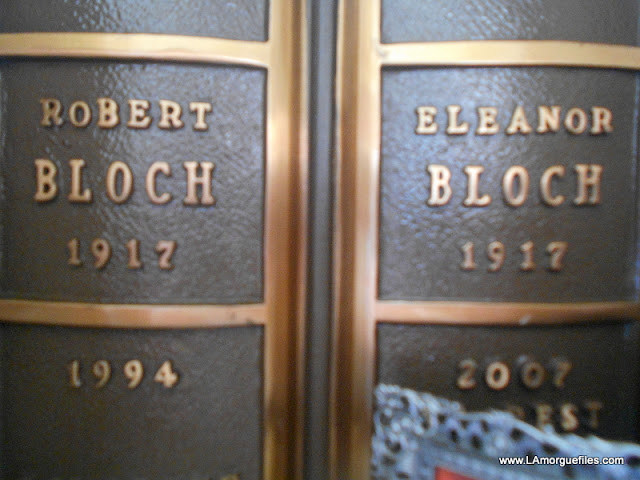 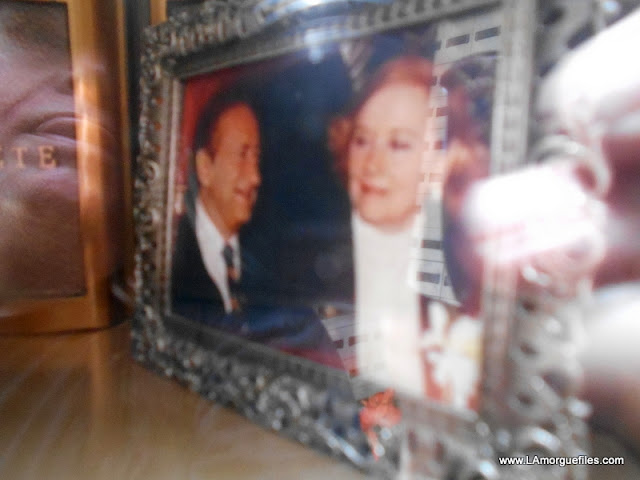 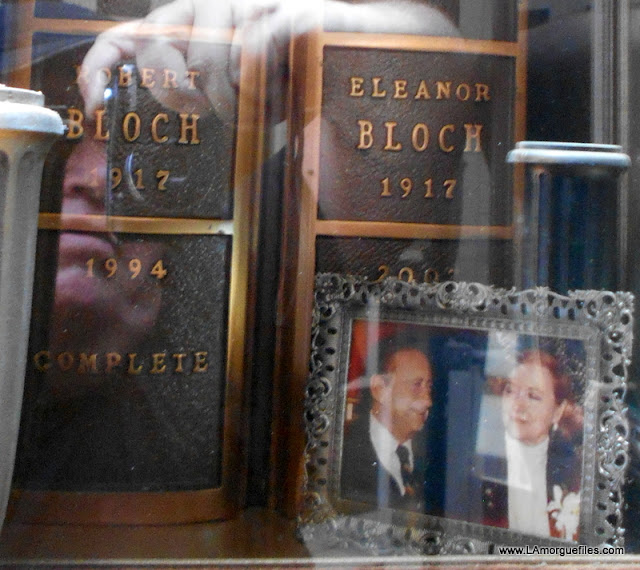 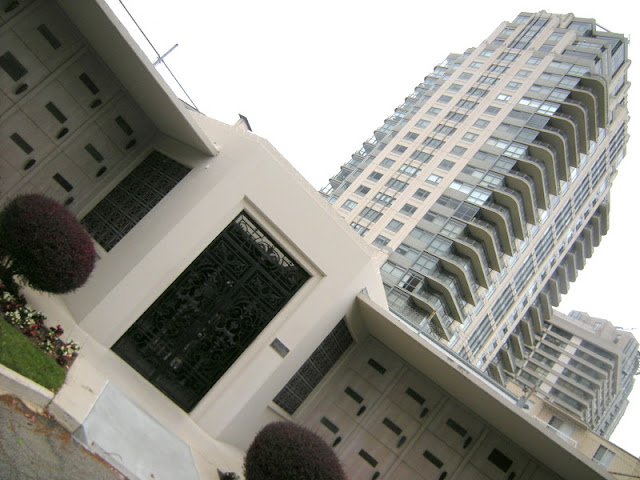 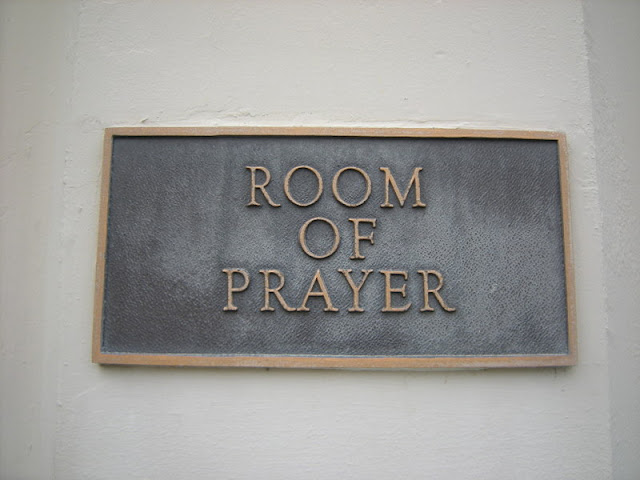 During the 1930s, Bloch was an avid reader of the pulp magazine Weird Tales. H. P. Lovecraft, a frequent contributor to that magazine, became one of his favorite writers. As a teenager, Bloch befriended and corresponded with Lovecraft, who gave the promising youngster advice on his own fiction-writing efforts.[1] Bloch's first professional sales, at the age of just seventeen, were to Weird Tales with the short stories "The Feast in the Abbey" and "The Secret in the Tomb". Bloch's early stories were strongly influenced by Lovecraft. Indeed, a number of his stories were set in, and extended, the world of Lovecraft's Cthulhu Mythos. It was Bloch who invented, for example, the oft-cited Mythos texts De Vermis Mysteriis and Cultes des Goules.

The young Bloch appears, thinly disguised, as the character "Robert Blake" in Lovecraft's story "The Haunter of the Dark", which is dedicated to Bloch. In this story, Lovecraft kills off the Bloch character, repaying a courtesy Bloch earlier paid Lovecraft with his tale "The Shambler from the Stars", in which the Lovecraft-inspired figure dies; the story goes so far as to use Bloch's then-current street address in Milwaukee. (Bloch even had a signed certificate from Lovecraft [and some of his creations] giving Bloch permission to kill Lovecraft off in a story.) Bloch later wrote a third tale, "The Shadow From the Steeple," picking up where "The Haunter of the Dark" finished.

After Lovecraft's death in 1937, Bloch continued writing for Weird Tales, where he became one of its most popular authors. He also began contributing to other pulps, such as the science fiction magazine Amazing Stories. He gradually evolved away from Lovecraftian imitations towards a unique style of his own. One of the first distinctly "Blochian" stories was "Yours Truly, Jack the Ripper", which was published in Weird Tales in 1943. The story was Bloch's take on the Jack the Ripper legend, and was filled out with more genuine factual details of the case than many other fictional treatments.[2] Bloch followed up this story with a number of others in a similar vein dealing with half-historic, half-legendary figures such as the Man in the Iron Mask ("Iron Mask," 1944), the Marquis de Sade ("The Skull of the Marquis de Sade," 1945) and Lizzie Borden ("Lizzie Borden Took an Axe...," 1946).

In 1939, Bloch was contacted by James Doolittle, who was managing the campaign for a little-known assistant attorney in Milwaukee, Wisconsin named Carl Zeidler. He was asked to work on his speechwriting, advertising, and photo ops, in collaboration with Harold Gauer. They created elaborate campaign shows; in Bloch's 1993 autobiography, Once Around the Bloch, he gives an inside account of the campaign, and the innovations he and Gauer came up with — for instance, the original releasing-balloons-from-the-ceiling shtick. He comments bitterly on how, after Zeidler's victory, they were ignored and not even paid their promised salaries. He ends the story with a wryly philosophical point:

If Carl Zeidler had not asked Jim Doolittle to manage his campaign, Doolittle would never have contacted me about it. And the only reason Doolittle knew me to begin with was because he read my yarn ("The Cloak") in Unknown. Rattling this chain of circumstances, one may stretch it a bit further. If I had not written a little vampire story called "The Cloak," Carl Zeidler might never have become mayor of Milwaukee.

Bloch became most famous as the author of the novel Psycho, one of the first examples of modern urban horror relying on realism rather than the supernatural[citation needed], which was adapted by Joseph Stefano into the screenplay for the 1960 film of the same name, directed by Alfred Hitchcock. He had written an earlier split-personality short story, "The Real Bad Friend," which appeared in the February, 1957 Mike Shayne Mystery Magazine, that foreshadowed the 1959 novel Psycho. His best-known work as a screenwriter is probably The Night Walker (1964), which he wrote for William Castle, although he also penned several scripts for the original series of Star Trek including "What Are Little Girls Made Of?," "Wolf in the Fold," and "Catspaw." He seemed happiest, among his television work, with his contributions to the Boris Karloff-hosted series Thriller.

Bloch also contributed to Harlan Ellison's science fiction anthology, Dangerous Visions. His story, "A Toy for Juliette," evoked both the Marquis de Sade and Jack the Ripper. In fact, Ellison's own contribution to the anthology was a direct follow-up of Bloch's, and was titled "The Prowler in the City at the Edge of the World."

There is an essay on Bloch's work, with particular reference to the novels Psycho and The Scarf, in S. T. Joshi's book The Modern Weird Tale (2001). Joshi examines Bloch's literary relationship with Lovecraft in a further essay in The Evolution of the Weird Tale (2004).

A new essay collection focusing on a range of Bloch's work is Robert Bloch: the Man Who Collected Psychos, edited by Benjamin J. Szumskyj (McFarland, 2009).

The following is a list of films based on Bloch's work. For some of these he wrote the original screenplay; for others, he supplied the story or a novel (as in the case of Psycho) on which the screenplay was based.