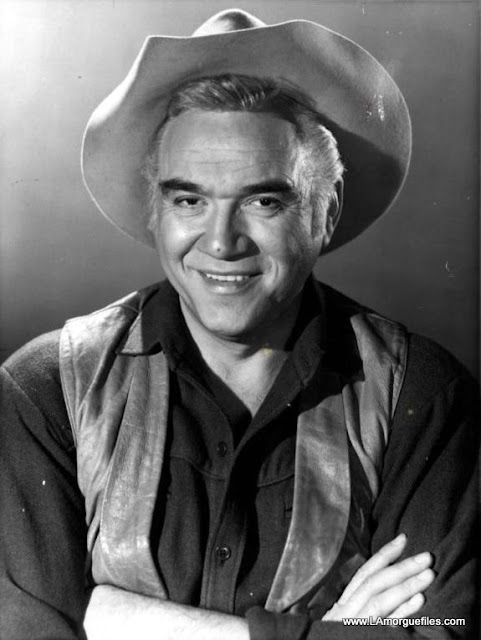 His television roles include Ben Cartwright on the western Bonanza, and Commander Adama in the science fiction movie and subsequent TV Series Battlestar Galactica. He also worked on the Canadian television nature documentary series Lorne Greene's New Wilderness, and in television commercials as a dog food spokesman.

Greene was born in Ottawa, Ontario, to Russian Jewish immigrants, Daniel and Dora Green (Grinovsky). He was called "Chaim" by his mother, and his name is shown as "Hyman" on his school report cards. In his biography, the author, his daughter Linda Greene Bennett, stated that it was not known when he began using "Lorne," nor when he added an "e" to Green.[1]

Greene began acting while attending Queen's University in Kingston, where he also acquired a knack for broadcasting with the Radio Workshop of the university's Drama Guild on the campus radio station CFRC. He gave up on a career in chemical engineering and, upon graduation, found a job as a radio broadcaster for the Canadian Broadcasting Corporation (CBC). 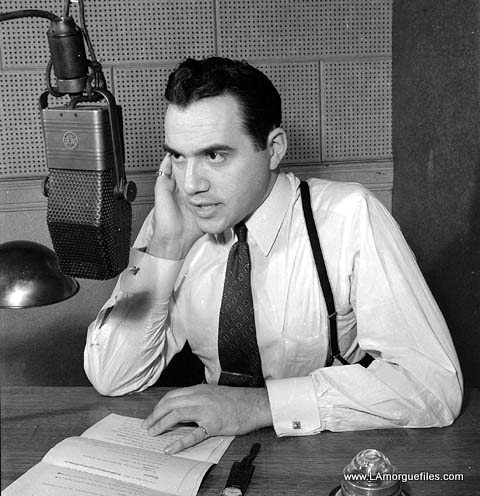 Greene was assigned as the principal newsreader on the CBC National News. The CBC gave him the nickname "The Voice of Canada"; however, his role in delivering distressing war news in sonorous tones following Canada's entry into World War II in 1939 caused many listeners to call him "The Voice of Doom." During his radio days, Greene invented a stopwatch that ran backwards.[citation needed] Its purpose was to help radio announcers gauge how much time they had available while speaking. He also narrated documentary films, such as the National Film Board of Canada's Fighting Norway (1943). In 1957 Greene played the role of the prosecutor in the movie Peyton Place.

Actress and theater producer Katharine Cornell cast him twice in her Broadway productions. In 1953, he was cast in The Prescott Proposals. In that same year, she cast him in a verse drama by Christopher Fry, The Dark is Light Enough (play).

Greene began appearing on isolated episodes on live television in the 1950s. In 1953, he was seen in the title role of a one-hour adaptation of Shakespeare's Othello, and in 1955, he was rather incongruously cast as Ludwig van Beethoven in an episode of the televised version of You Are There.[2] 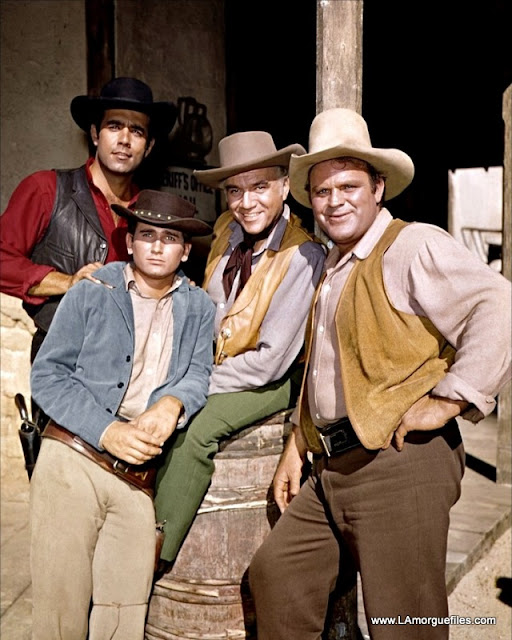 The first of his continuing roles in a TV series was as the family patriarch Ben Cartwright on the western series Bonanza (1959–1973), making Greene a household name. He garnered the role after his performance as O'Brien in the CBS production of Nineteen Eighty-Four.

In 1973, after the cancellation of Bonanza following a 14-year run, Greene joined Ben Murphy in the ABC crime drama, Griff, about a Los Angeles, California, police officer, Wade "Griff" Griffin, who retires to become a private detective. When Griff failed to gain sufficient ratings and was cancelled after thirteen episodes, Greene thereafter hosted the syndicated nature documentary series Last of the Wild from 1974 to 1975.[3] In the 1977 miniseries Roots, he played the first master of Kunta Kinte, John Reynolds. Greene was the spokesman for Alpo Beef Chunks dog food commercials throughout the 1970s. In 2007, TV Guide listed Ben Cartwright as the nation's second most popular TV Father (behind Cliff Huxtable). 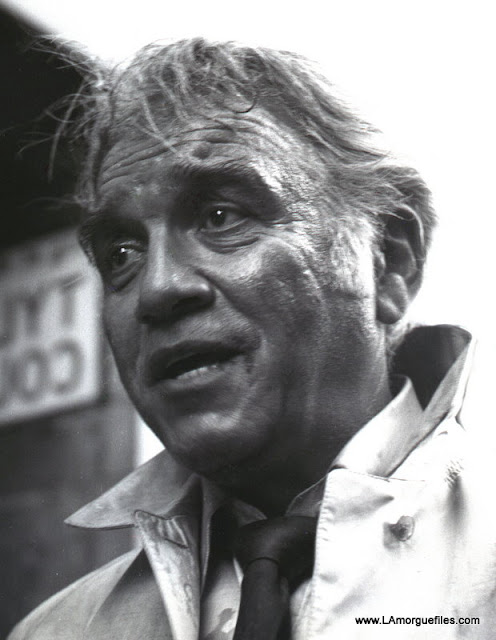 Greene was also known for his role as Commander Adama, another patriarchal figure, in the science fiction feature film and television series Battlestar Galactica (1978–1979) and Galactica 1980 (1980). Greene's typecasting as a wise father character continued with the 1981 series, Code Red as a Fire Department Fire Chief whose command includes his children as subordinates. Greene also made an appearance with Michael Landon on an episode of Highway to Heaven. 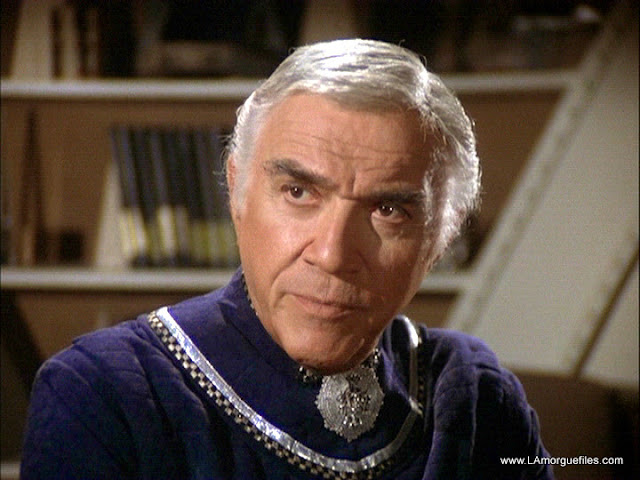 In the 1960s, Greene capitalized on his image as "Pa" Benjamin Cartwright by recording several albums of country-western/folk songs, which Greene performed in a mixture of spoken word and singing. In 1964, Greene had a #1 single on the music charts with his spoken-word ballad, "Ringo" (which referred to the real-life Old West outlaw Johnny Ringo, not about Ringo Starr of the Beatles), and got a lot of play time from, "Saga of the Ponderosa," which detailed the Cartwright founding of the famous ranch. In the 1980s Greene devoted his energies to wildlife and environmental issues. He was the host and narrator of the nature series, Lorne Greene's New Wilderness, a show which promoted environmental awareness.[citation needed] He also appeared in the HBO mockumentary The Canadian Conspiracy, about the supposed subversion of the United States by Canadian-born media personalities. For nearly a decade, Greene co-hosted the Macy's Thanksgiving Day Parade on NBC. He is also fondly remembered as the founder of Toronto's Academy of Radio Arts (originally called the Lorne Greene School of Broadcasting). 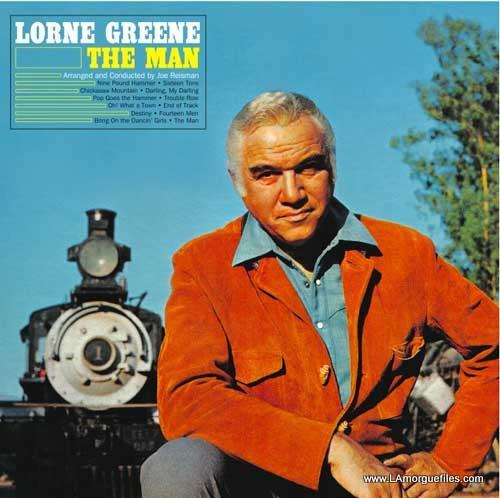 Greene was married twice, first to Rita Hands of Toronto (1938–1960, divorced). Some reports list the start of their marriage as 1940. They had two children, twins born in 1945, Belinda Susan Bennet (née Greene) and Charles Greene.

His second wife was Nancy Deale (1961–1987, Greene's death), with whom he had one child, Gillian Dania Greene, born January 6, 1968 in Los Angeles, California. In 1993, Gillian married actor/director/producer Sam Raimi; they have five children. 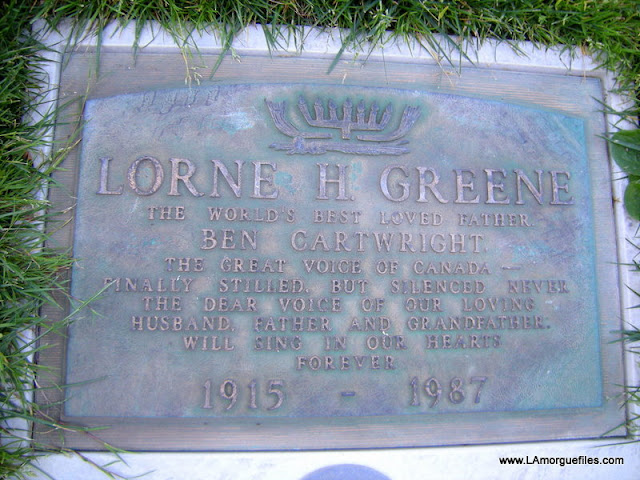 Greene died in 1987 of complications from pneumonia in Santa Monica, California. He was interred at Hillside Memorial Park Cemetery in Culver City. Weeks before his death, he had been signed to appear in a revival of Bonanza, whose storyline included characters played by his own daughter Gillian, along with Michael Landon, Jr. 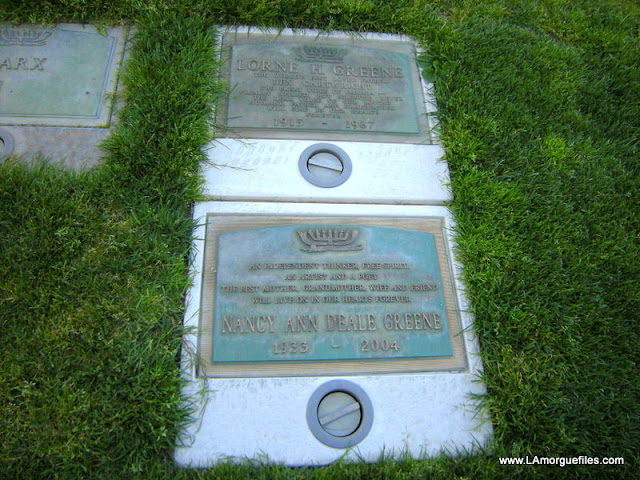 He was made an Officer of the Order of Canada on October 28, 1969, "For services to the Performing Arts and to the community."[4] He was awarded an honorary Doctor of Laws degree by his alma mater, Queen's University, in 1971.[5] Greene was the 1987 recipient of the Earle Grey Award for Lifetime Achievement at the Canadian Gemini Awards. He has a star on the Hollywood Walk of Fame at 1559 N. Vine Street.

In May 2006, Greene became one of the first four entertainers to ever be honoured by Canada Post by being featured on a postage stamp.

In February 1985, Greene was the Krewe of Bacchus King of Mardi Gras.[6] 1.^ My Father's Voice: The Biography of Lorne Greene

2.^ The Torment of Beethoven (October 6, 1802) at the Internet Movie Database

3.^ Last of the Wild (documentary, hosted by Lorne Greene) At Classic Themes.com