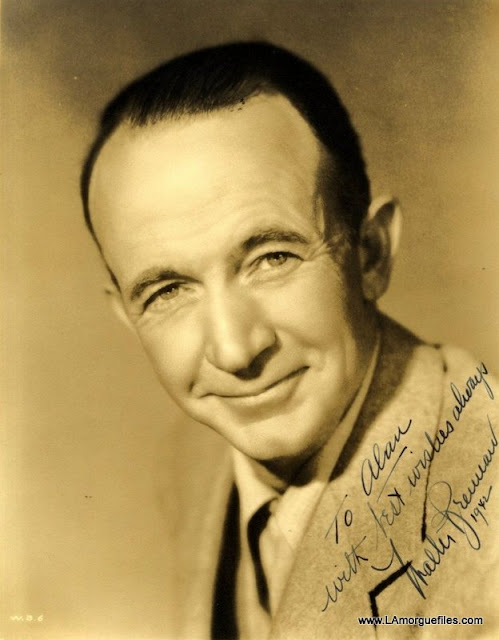 Walter Brennan (July 25, 1894 – September 21, 1974) was an American actor.[1] Brennan won the Academy Award for Best Supporting Actor on three separate occasions, which is currently the record for most Oscar wins by a male actor, tied with Jack Nicholson. 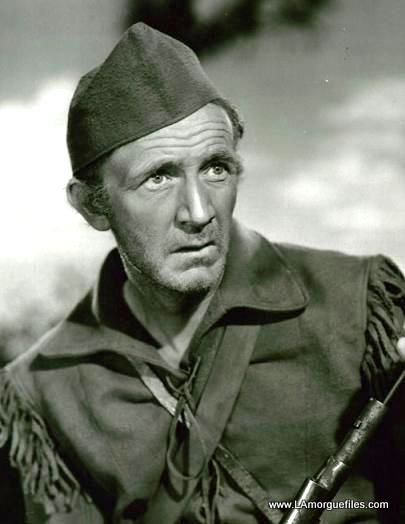 Walter Andrew Brennan was born in Lynn, Massachusetts, less than two miles from his family's home in Swampscott,[2] the second of three children born to Irish immigrants William John Brennan and Margaret Elizabeth Flanagan. The elder Brennan was an engineer and inventor, and young Walter studied engineering at Rindge Technical High School in Cambridge, Massachusetts.

While in school, Brennan became interested in acting, and began to perform in vaudeville at the age of fifteen. While working as a bank clerk, he enlisted in the U.S. Army and served as a private with the 101st Field Artillery Regiment in France during World War I.[2][3] Following the war, he moved to Guatemala and raised pineapples, before settling in Los Angeles. During the 1920s, he became involved in the real estate market, where he made a fortune. Unfortunately, he lost most of his money when the market took a sudden downturn due to the Great Depression. 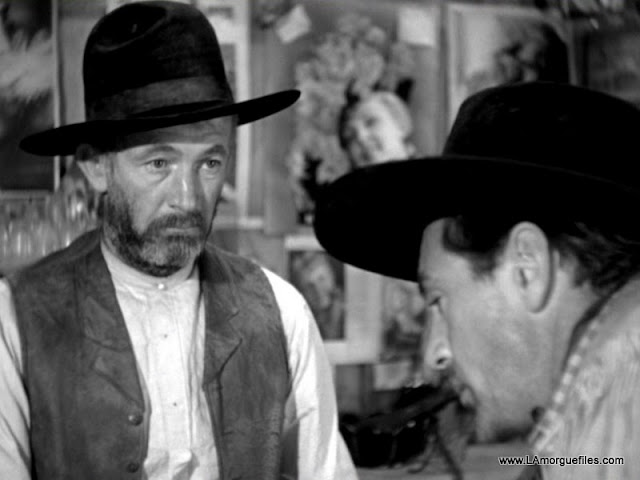 Finding himself broke, he began taking extra parts in 1929 and then bit parts in as many films as he could, including The Invisible Man (1933), the Three Stooges short Woman Haters (1934), and Bride of Frankenstein (1935), and also worked as a stunt man. In the 1930s, he began appearing in higher-quality films and received more substantial roles as his talent was recognized. This culminated with his receiving the very first Academy Award for Best Supporting Actor for his role as Swan Bostrom in the period film Come and Get It (1936). Two years later he portrayed town drunk and accused murderer Muff Potter in The Adventures of Tom Sawyer.

Throughout his career, Brennan was frequently called upon to play characters considerably older than he was in real life. The loss of many teeth in a 1932 accident, rapidly thinning hair, thin build, and gravelly voice all made him seem older than he really was. He used these physical features to great effect. In many of his film roles, Brennan wore dentures; in Northwest Passage—a film set in the late 18th century, when most people had bad teeth—he wore a special dental prosthesis which made him appear to have rotting and broken teeth. 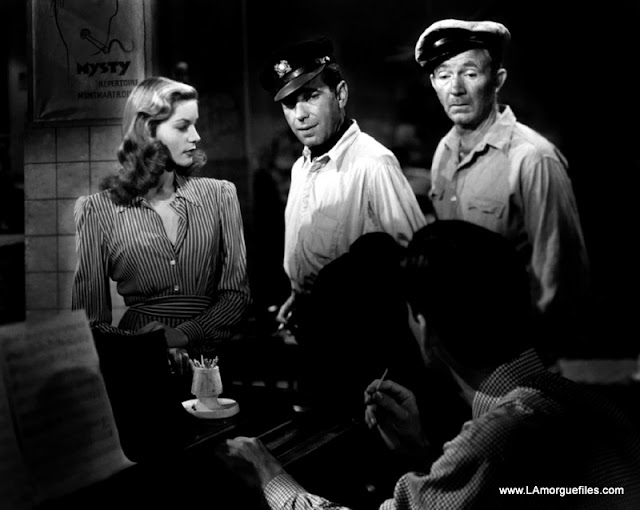 In the 1941 Sergeant York, he played a sympathetic preacher and dry goods store owner who advised the title character played by Gary Cooper. He was particularly skilled in playing the hero's sidekick or as the "grumpy old man" as in To Have or Have Not, mostly a Humphrey Bogart/Lauren Bacall performance, but with several scenes with Brennan. Though he was hardly ever cast as the villain, notable exceptions were his roles as 'Old Man Clanton' in the 1946 film My Darling Clementine opposite Henry Fonda, the 1962 Cinerama production How the West Was Won as the murderous Colonel Jeb Hawkins, and as Judge Roy Bean in The Westerner, for which he won his third best supporting actor Academy Award, in 1940.

From 1957-1963, he starred in the ABC television series The Real McCoys. The comedy about a poor West Virginia family that relocated to a farm in southern California ran on ABC from 1957 to 1962 before switching to CBS for a final season as simply The McCoys. Brennan joined with the series creator, Irving Pincus, to form Brennan-Westgate-Marterto Productions. 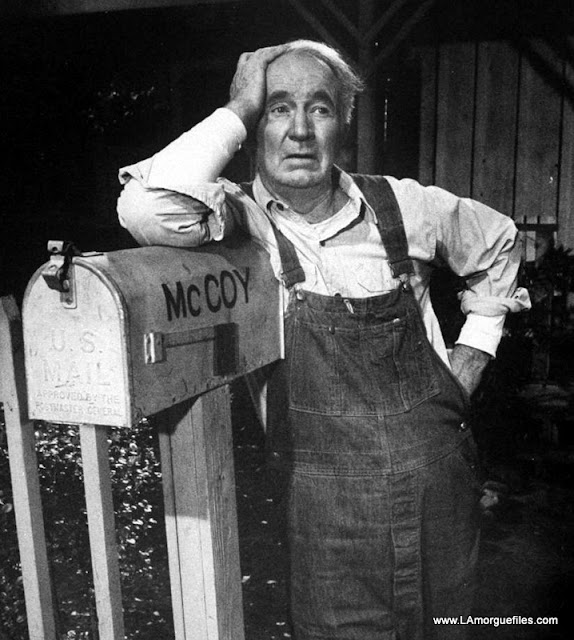 Brennan appeared in several other movies and television programs, usually, as an eccentric "old timer" or "prospector." Prior to the launching of The Real McCoys, Brennan appeared as himself as a musical judge in the 1953-1954 ABC series Jukebox Jury. On May 30, 1957, he guest starred on NBC's The Ford Show, Starring Tennessee Ernie Ford.[4] He also made a few recordings, the most popular being "Old Rivers" about an eccentric but much-beloved farmer; it was released as a single in 1962 by Liberty Records with "The Epic Ride Of John H. Glenn" on the flip side, and peaked at number 5 in the U.S. Billboard charts. In his music, Brennan sometimes worked with Allen "Puddler" Harris, a Louisiana native who was a member of the original Ricky Nelson Band. He also co-starred with James Garner in the 1969 Support Your Local Sheriff!, playing the head of the Danby Family.

Brennan starred as wealthy executive Walter Andrews in the short-lived 1964-1965 series The Tycoon, with Van Williams. In 1967, he starred in another series, The Guns of Will Sonnett, in which he played a man in search of his gunfighter son, James, with his grandson, Jeff, played by Dack Rambo. After the series went off the air in 1969, Brennan continued working in both television and feature films. He received top billing over Pat O'Brien in the TV-movie The Over-the-Hill Gang in 1969 and Fred Astaire in The Over-the-Hill Gang Rides Again the following year. From 1970 to 1971, he was a regular on the show To Rome With Love, which was his last TV show as a member of the permanent cast. 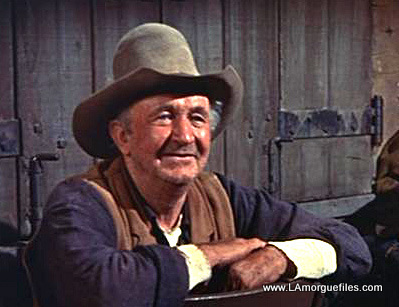 Film historians and critics have long regarded Brennan as one of the finest character actors in motion picture history. While the roles he was adept at playing were extremely diverse, he is probably best remembered for his portrayals in movie Westerns, such as trail hand Nadine Groot in Red River and Deputy Stumpy in Rio Bravo both directed by Howard Hawks. He was the first actor to win three Academy Awards. He remains the only person to have won three Best Supporting Actor awards. However, even he remained somewhat embarrassed as to how he won the awards. In the early years of the Academy Awards, extras were given the right to vote. Brennan was extremely popular with the Union of Film Extras and since their numbers were overwhelming, each time he was nominated, he won. Though never described as undeserving of the awards he won, his third win was one of the catalysts leading to the disenfranchisement of the Extras Union from Oscar voting.

Unlike many actors, Brennan's career never really went into decline. As the years went on, he was able to find work in dozens of high quality films, and later television appearances throughout the 1950s and 60s. As he grew older, he simply became a more familiar, almost comforting film figure whose performances continued to endear him to new generations of fans. In all, he would appear in more than 230 film and television roles in a career spanning nearly five decades.

For his contribution to the television industry, Walter Brennan has a star on the Hollywood Walk of Fame at 6501 Hollywood Blvd. In 1970, he was inducted into the Western Performers Hall of Fame at the National Cowboy and Western Heritage Museum in Oklahoma City, Oklahoma, where his photograph adorns a wall. 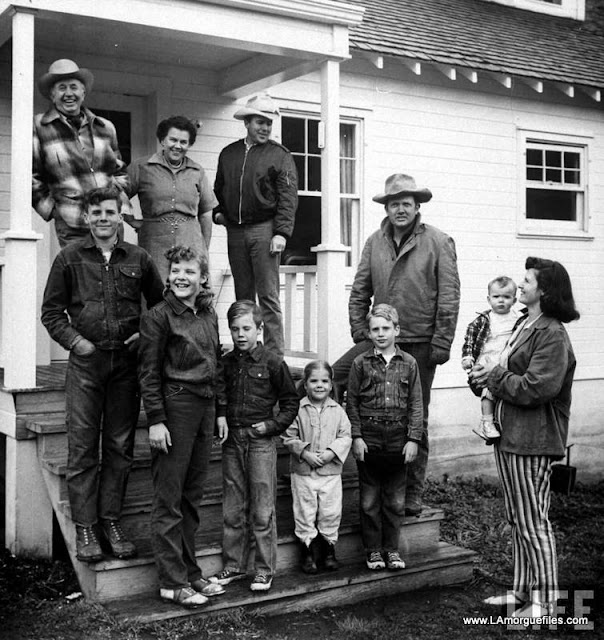 In one of his films, The One and Only, Genuine, Original Family Band (1968), Brennan portrayed a Democratic supporter of U.S. President Grover Cleveland. Buddy Ebsen, who played Brennan's son in the film, was depicted as a supporter of Cleveland's 1888 rival, Benjamin Harrison. In the comedy film, Brennan disparaged Ebsen's character as "never too bright for he was a gol-dern Republican". Both Brennan and Ebsen were outspoken Hollywood Republicans. 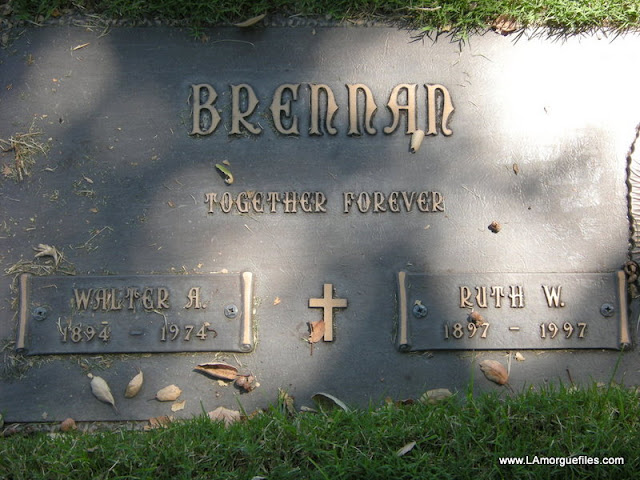 Upon his death from emphysema at the age of eighty in Oxnard in Ventura County, Brennan's remains were interred at San Fernando Mission Cemetery in Los Angeles. Brennan was married to the former Ruth Wells (December 8, 1897 – January 12, 1997),[6] whom he married in 1920. The Brennans had a daughter and two sons. 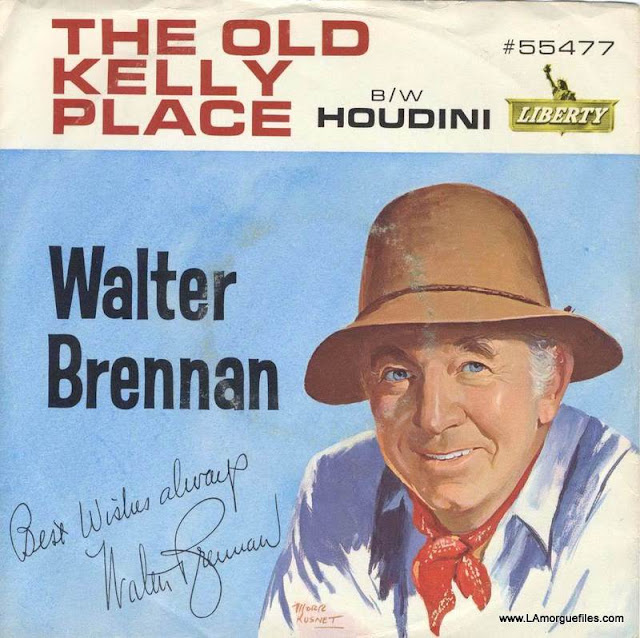 5.^ "The Impact of the Draft Goldwater Committee on the Republican Party". ashbrook.org. Retrieved 2010-03-24.